The ode to tennis

At last our northern long-awaited summer has started!  The evenings get lighter and lighter  in St. Petersburg. The «white nights» will start soon. I would like to walk along the quays, directing my face to Baltic wind and breathe moist and fresh air. At this time, everyone  feels   a rising of the internal forces. The mood is excellent, the head  is full of   some crazy ideas. And it is imposible to choose what to undertake as a first thing. Everything is interesting. I don’t know how you feel yourselves in this time, but the anticipation of summer vacations and holiday circling my poor head, and some sense, that the best is in front,  doesn’t  leave me. Just in these wonderful days  one of the Grand Slam tournament, the French Open tennis, the famous Roland Garros starts. The only one event of a such level held on clay courts.

And so what ,- the person far from tennis says . And he will be wrong. 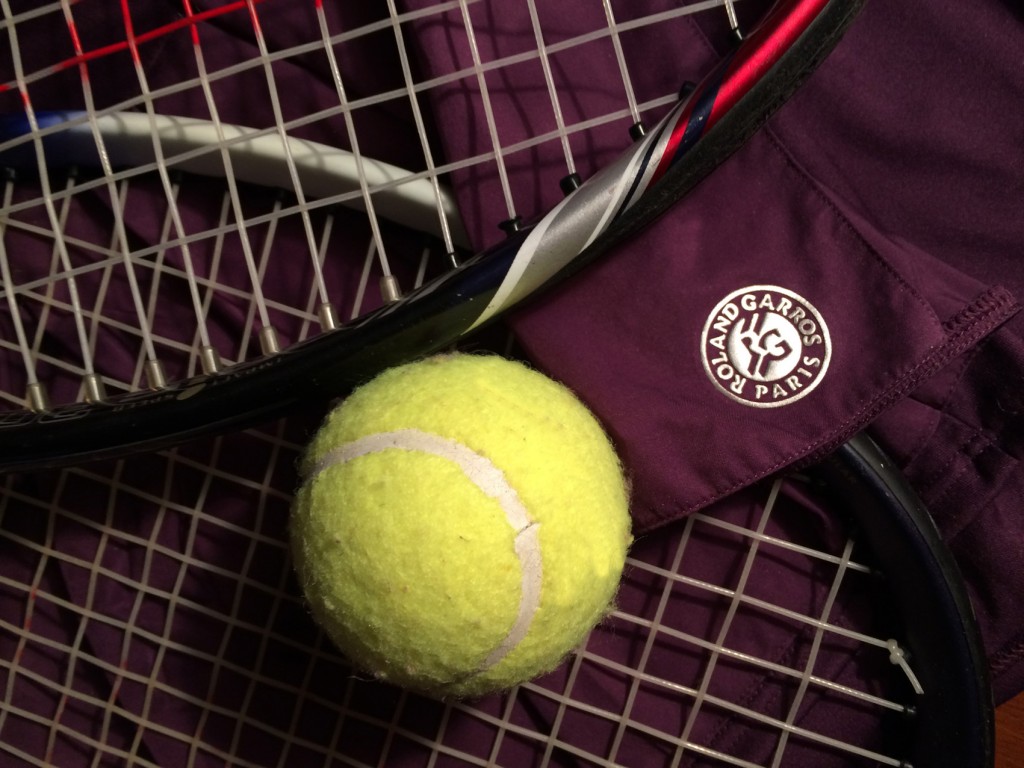 That’s why, my today’s ode dedicated to it, this unique sport.

Tennis is a game of gentlemen , a fighting of nerves, a competition in the speed of reaction, pure drive, over-scale emotions. This is martial art, single combat, chess, sprinting and strong mix of all of this at one place. It is a modern gladiatorial battle in which players  have to be maximally polite to their rivalry . Under the same conditions and forces  the winner gets who is stronger mentally. Agassi, in his book aptly described the feeling of a player on the court, surrounded by a stadium with crowded  bleachers. A plAayer is like one on the own island. In front of him is only his opponent. But in this duel, they can’t reset  voltage by striking each other as boxers do.  They split  by the grid. And their singular weapon is brains and feet. The only thing that tennis player may do to throw his emotions   is to break and that he issued the penalty for unsportsmanlike behavior.

It might seem to an uninitiated man that  to throw the ball  by racquet is not such a big deal. But At the high speed of the ball, you need to have time not only to recapture it, the player have to  run up  to to ball properly, professionally speaking, to process it, and decide where and how to send it to another part of the court.  How to catch the opponent off guard, How to catch the opponent off guard, to make a throw in the leg or flip a ball higher, thus forcing an opponent to flee back. Make a “smash” or “cut” to give a strong rotation of the ball, or make its flight shorter. And all this in some fraction of a second. Before the game, one needs to  think clearly about the game with a certain opponent, coming up with combinations, looking for weaknesses. Certainly, in the course of the game, everything changes, and rebuilt, but is constantly working mind, and decisions are made in a fraction of a second. Yes, it is a sport individualists who are accustomed to rely on themselves and make their own decisions. Maybe, that’s why tennis is so popular in the circle of the big businessmen and politicians. And since it is a sport of individual persons, there is almost no matter what nationality you are. People primarily cheering for the singular man and particular game.

If you have fallen in love with this sport once, you remain a admirer during whole your life. Of course, it is better to feel and understand, if you play or played somewhen. You could feel all power, all passions and emotions together with the player. But many fans, who got never racquet in hand, anyway are passionate fans.

Aesthetics of  tennis that courts are  generally located in scenic areas of the urban landscape, the parks around the lakes. You get the pleasure of sights, from the adrenaline of the game and training of many muscle groups, just playfully without boring sessions in the gym. You will never confuse the sound of the ball hitting the racket when it bounces off the strings. This is like music for true tennis fans.

Tennis scoring system is unusual. They say “love” instead word “zero” .First point is 15, second is 30, third, as the rule of logic must be 45, but it was decided to pronounce 40 for the convenience of scores ads. This tradition came to us from  time when it was used coins for play. But historical review is the theme for anothe article. Now we are talking about the beauty of this game and how two players can collect stadiums with thousands spectators. How to keep them in suspense, how to feel the heat of passion, a drive boils in the blood . Why are sometimes tennis stars are more popular than the bright representatives of showbiz. Why is the company specializing in luxury goods become sponsors of well-known players . But this does not mean that tennis is the sport of only the rich people.

It is the sport of people who like to make decisions for yourself. It is not for team players. Here you to make decisions yourself and bear responsibility for them.
It is neither good nor bad, it’s just a fact.
But now the summer come to us at last and how is nice to go to a court in the park in sunny morning, to call a friend and run with your racquet, “to knock” as they say.

The first element of an interior. The magic of fireplaces.
The ambassadors of time.