When design inspires #14. Nike and traditions of french craft 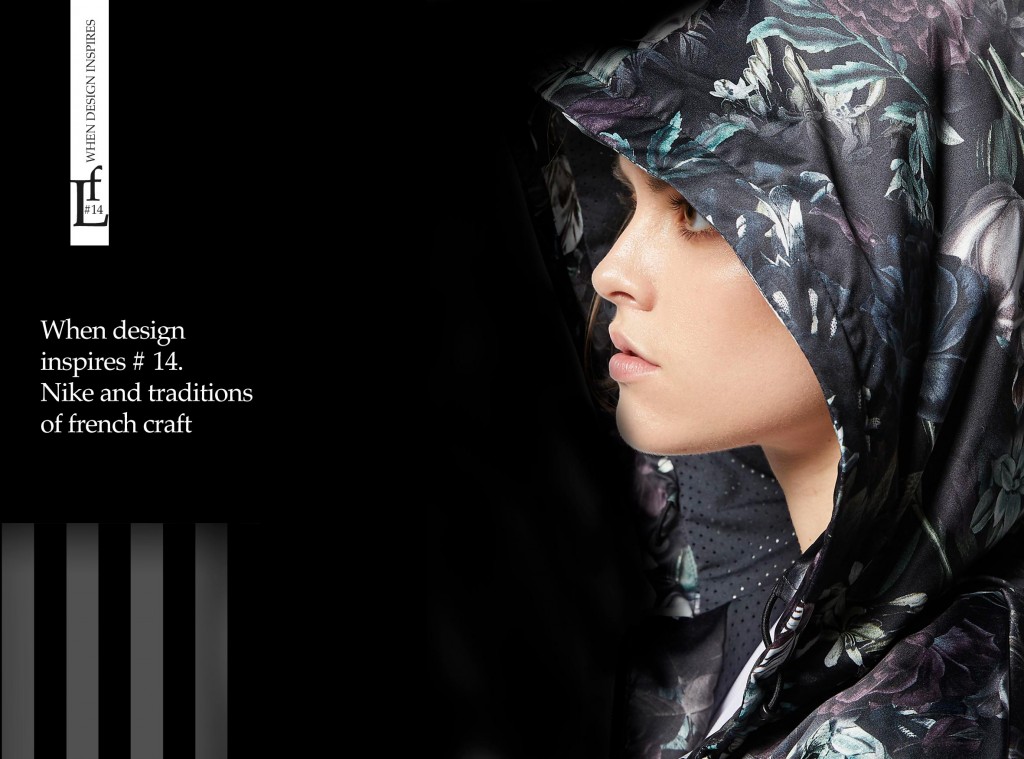 In the run-up to Roland Garros, the only tennis tournament of the year on clay, Roland Garros, Nike launched a collection based on toile de jouy ornaments.

Tennis – sport is beautiful, smart, where many things are conservative, with its own traditions. It’s not a secret to anyone that in the UK at the main grass tournament Wimbledon, a strict dress code for players, (only white uniform). 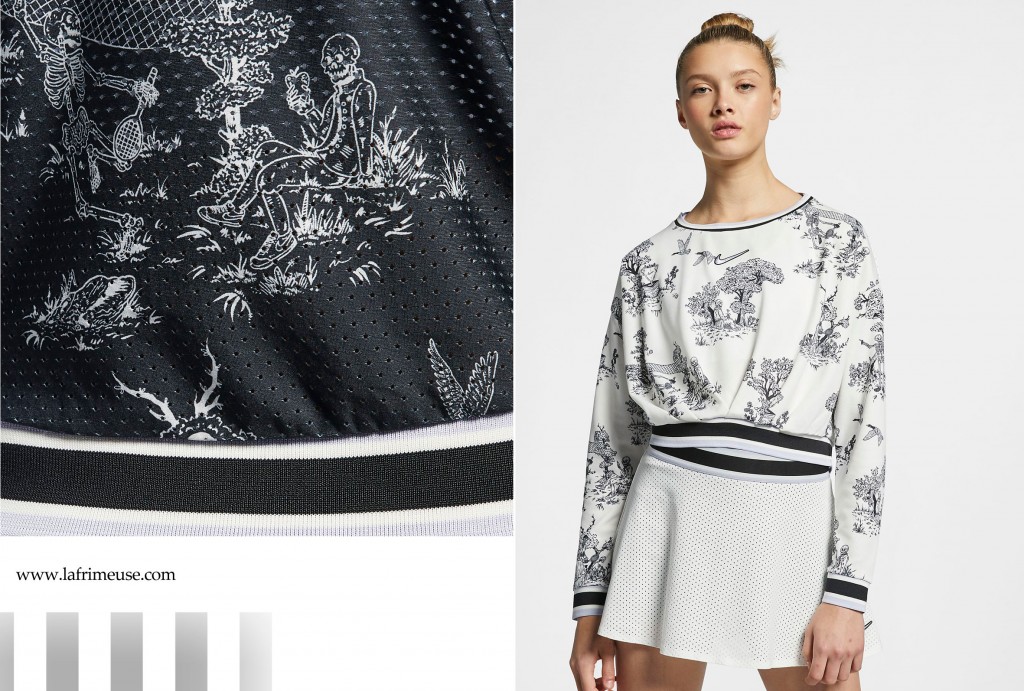 The rest of the tennis world is not so harsh, but it also keeps to traditions.

Nike, recently criticized by one of the top players, decided to shift its bright style towards the French classics. 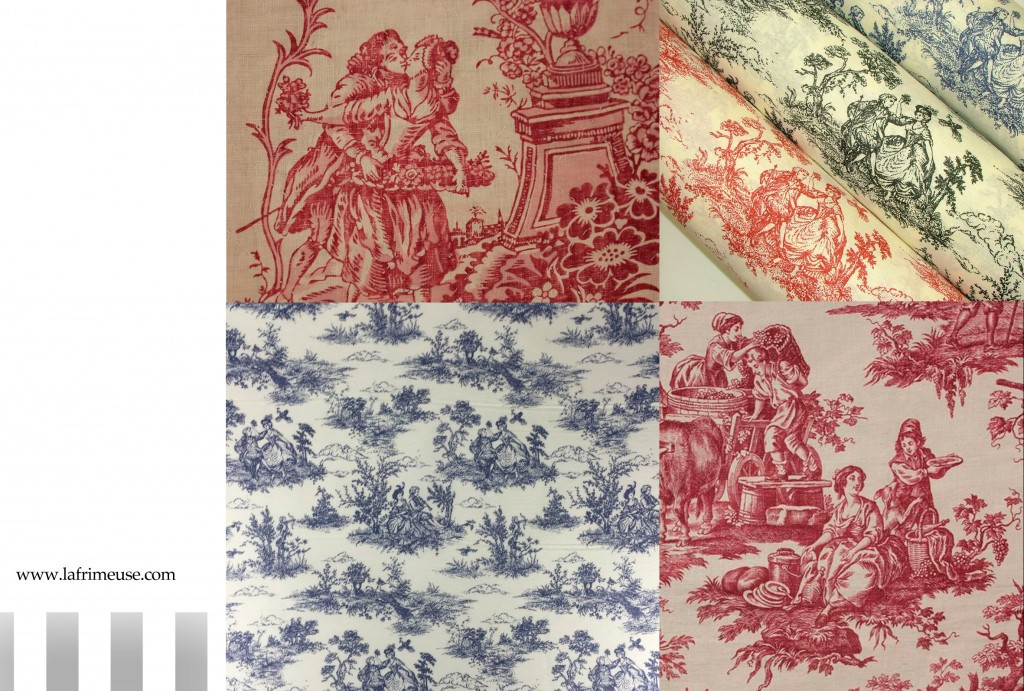 Toile de jouy, literally, the fabric from Jouy – one French village, was invented, as many ingenious things were not for, but contrary to – the poorest class came up with a method of applying a thin pattern on the fabric. Ornament stuffed with acid and dipped the fabric in a plant solution. But as it often happens drawing has become popular, has spread everywhere. These motifs are transferred to furniture, wallpaper, dishes.

Nowadays, the tual de jouy is an ornament that gives any thing a hint of elegance, style,  some degree of luxury. 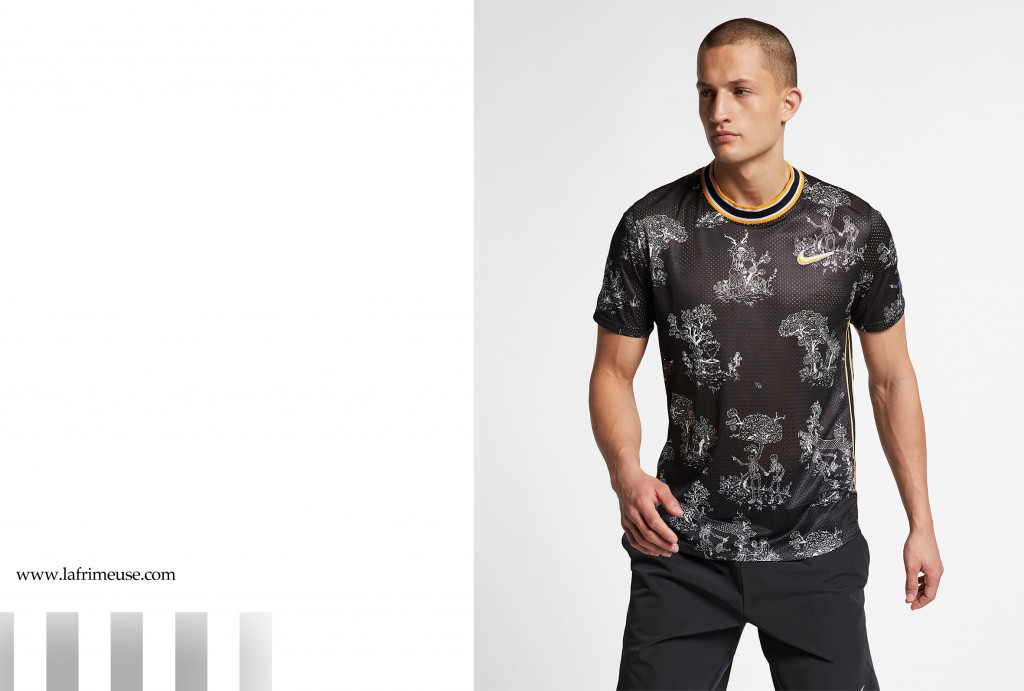 The designers of Nike combined the traditions of French manufactories with own advanced technologies and turned out to be unique sporting chic, corresponding to all tennis events of such magnitude as Grand Slam tournaments. 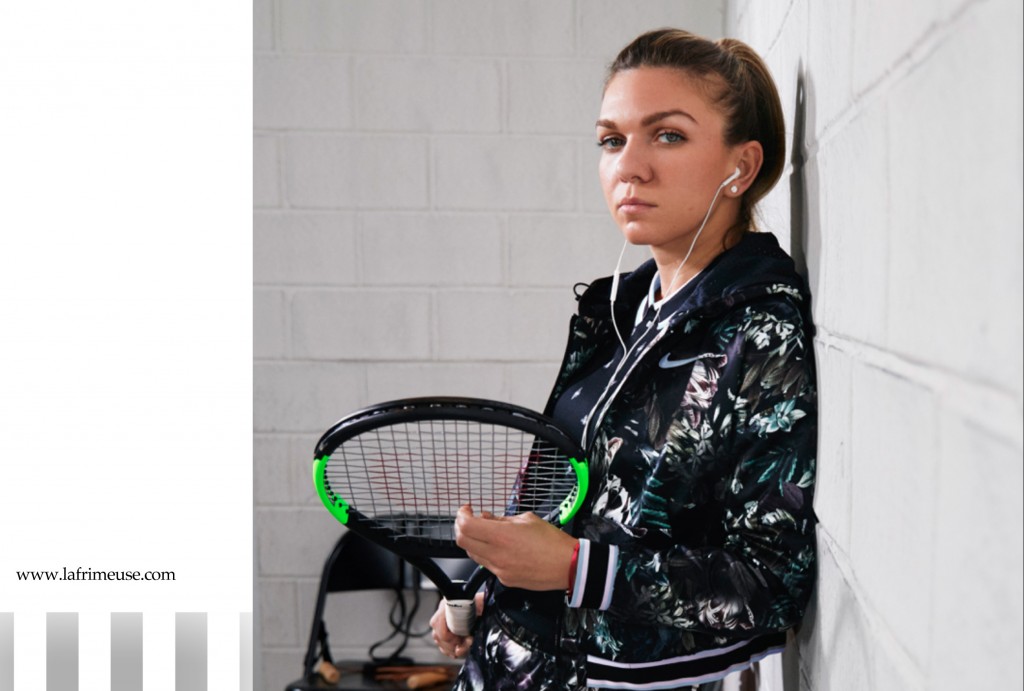 The collection has been added with several more black and white prints of some French neo-classical – flowers, as if descended from the Romanesque trellis. And the bees are the symbol of the first Christian dynasty of the kings of the Merovingians. 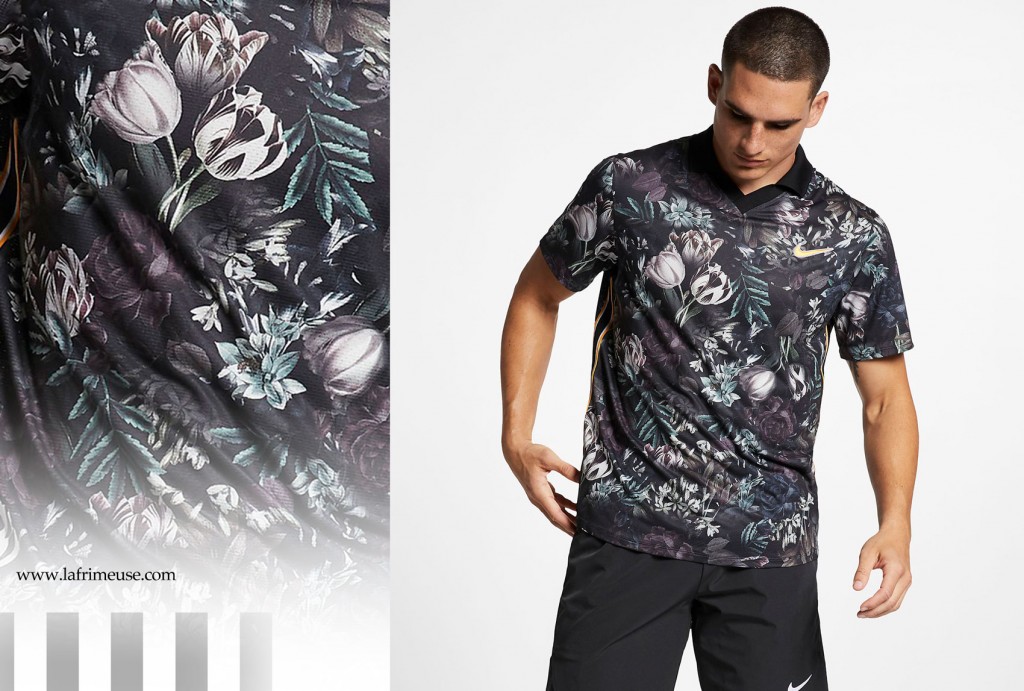 Samuel Salcedo. Hyperrealism or life without embellishment
Photographer Atom: “Please think about happiness for you”