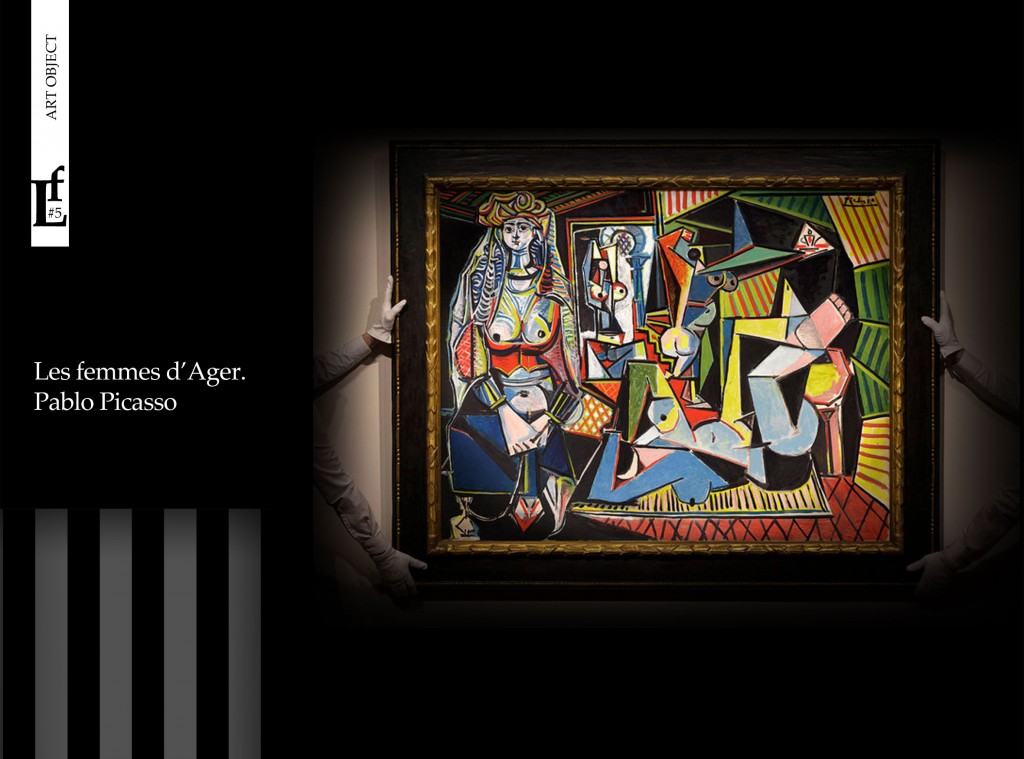 The buyer wished to remain anonymous. But experts believe that the new owner is likely, the emirate of Qatar, which is well known in the art world as a owner super expensive works of art.

The history of this painting is interesting because it is part of a series of 15 paintings dedicated to the Eastern sujet.

Тhe scenes of harems were a popular topic in French art of XIX -begining of  XX centuries. And Picasso was inspired by the canvas Eugene Delacroix, which he painted after a trip to North Africa. The idea of painting «Women of Algiers in their Apartment» originated under the influence of what he saw  in of the harem. Delacroix was a guest at one of the Sultan, which allowed him to look into the holy of holies of the his palace. 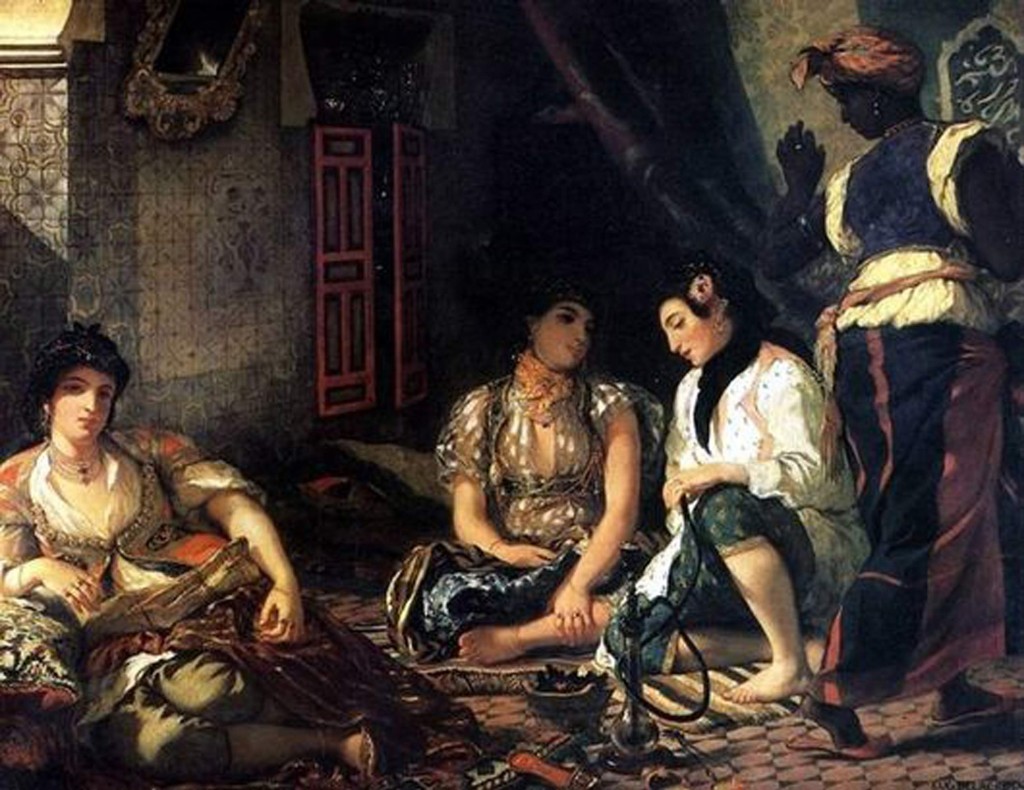 Eugène Delacroix, 1834. Women of Algiers in their Apartment. Louvre, Paris

Picasso created a series of works based on the famous painting in 1950 in his studio in Paris. He marked his canvases by the letters (from A to O). They are different in the colors, the sizes,  the composition, the number of women. Basically, four women are represented: one of them is sitting, reclining second, third is brewing tea, and the fourth is smoking a hookah. Two paintings are portraits of Jacqueline Roque, the last muse and the lover of Picasso, remarkably similar to the main character in Delacroix’s paintings, a woman with a hookah.

Another reason for which Picasso turned to the subject of the eastern concubines, was connected with a sad event. His friend and rival in the art world Henri Matisse died in 1954. One of the his favorite themes were the odalisques.

Picasso joked about it: «When Matisse died, he left me his odalisques as a legacy». 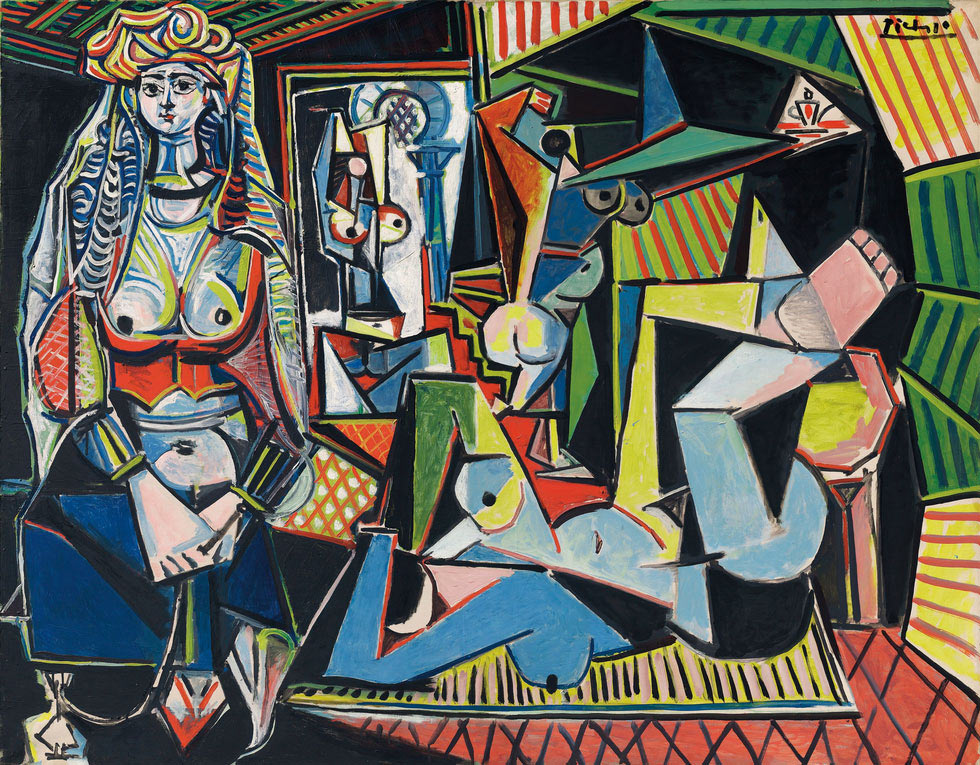 Conventionality and abstraction  of Picasso’s paintings don’t reduce the effect of femininity, relaxation and eroticism inherent in the Oriental motifs in art.

Even during his life, Picasso had sold this series of one collector Victor Ganz, a known collector for a $ 212 thousands. Later Ganz had sold 11 of these canvases  museums and private hands. But after his death, the heirs sold the four remaining paintings including the version O at the auction at Christie’s in 1997.  The picture of Algerian women, Version O was sold for $ 32 million. In May 2015 it was put back. And as already noted, the record sales surpassed all expectations. 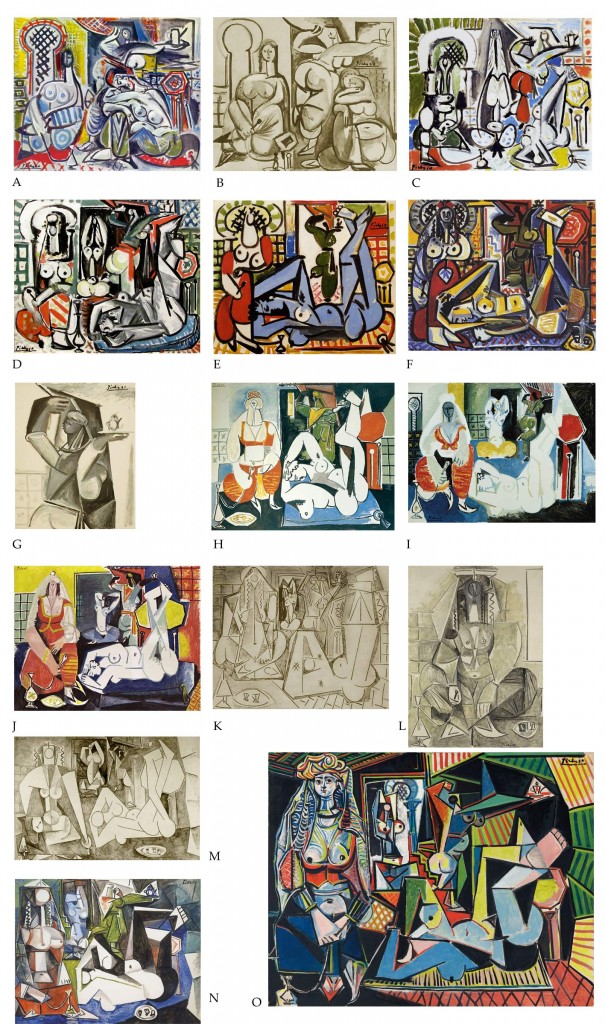 This is the first picture in the series Women of Algiers.

When he was told that the first picture of the series of recalls Matisse, he laughed and said: «It is not surprising, because everything that I know about the eastern harem, I know from Matisse, I have never been in the East was not.»