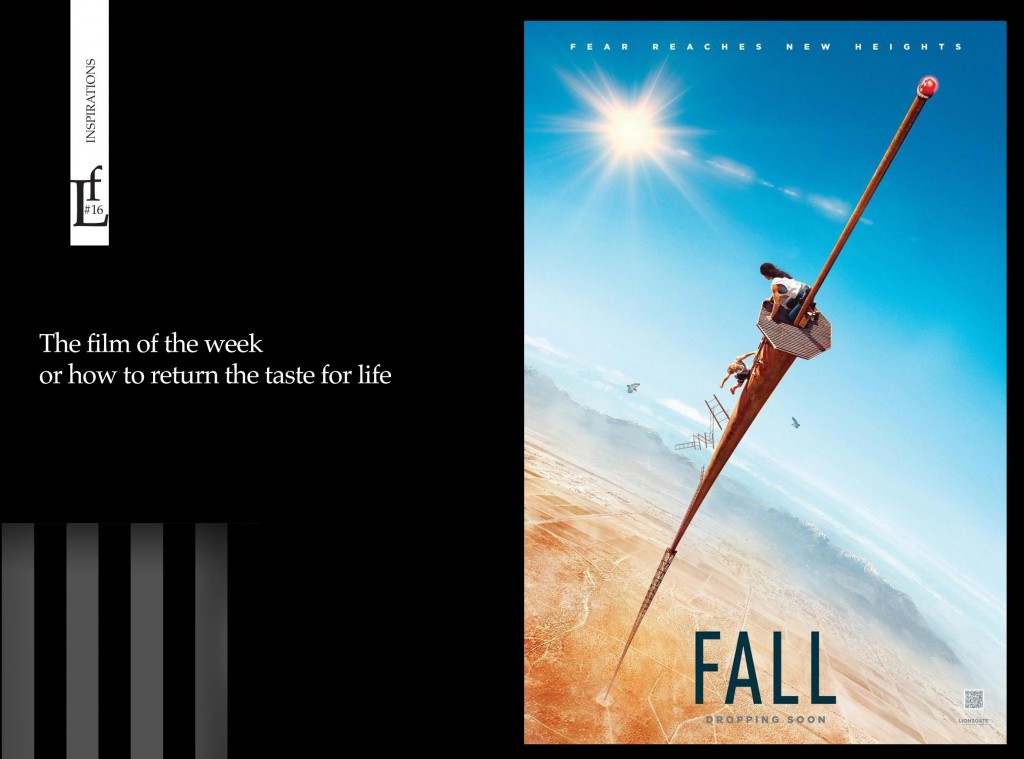 The film of the week or how to return the taste for life
The thriller Scott Mann’s “Fall” is naturally not a new topic, but conquering the peak, setting records and thrills always beckon the human soul, because this is a kind of filling with the meaning of life, and in the case of the main character, go about with a friend to go through grief for a guy  and inspire a little light amid the monotonous everyday suffering.
The main feature on which this picture is built is that you are charged up to the end, the viewer lives through an emotional swing, is this not the main force that cinema should use. But you’re wrong to think that the film is filled solely with fear. This picture is fraught with the vices of the human soul and checks it well, helps to survive.
Starring:
Becky – Grace Caroline Kerry
Hunter – Virginia Gardner
James – Jeffrey Dean Morgan
Randy – Darrell Dennis
The facts of production:
The film was shot in the Shadow Mountains, California’s Mojave Desert. After production ended, Lionsgate Films acquired distribution rights to the film with no minimum guarantees to the producers. After successful screenings of the film, the company decided to release the film in theaters and ordered the film’s team to cut or replace the word fuck, which appears 30 times in the film, so that the film could receive a PG-13 rating from the Motion Picture Association instead of an R rating, which it calculated would increase profits. Since reshooting the scenes would have been time consuming and costly, they turned to Flawless, founded in 2021 by Nick Lines and director Scott Mann, to deepfake the word fuck into more acceptable swear words like “damn” and use image synthesis to remake faces of actors, during the pronunciation of these words. This was the first project using the services of Flawless. The film ended up with a PG-13 rating. According to Mann, the “neural reshoots” were completed within two weeks. (Wikipedia)
inspirations
artjournal, Darrell Dennis, ekaterinamoong, Fall, Flawless, Grace Caroline Kerry, Inspiration, Jeffrey Dean Morgan, lafrimeuse, Mojave Desert, Motion, neural reshoots, review, reviewoffilm, Scott Mann, thriller, Virginia Gardner, фильм