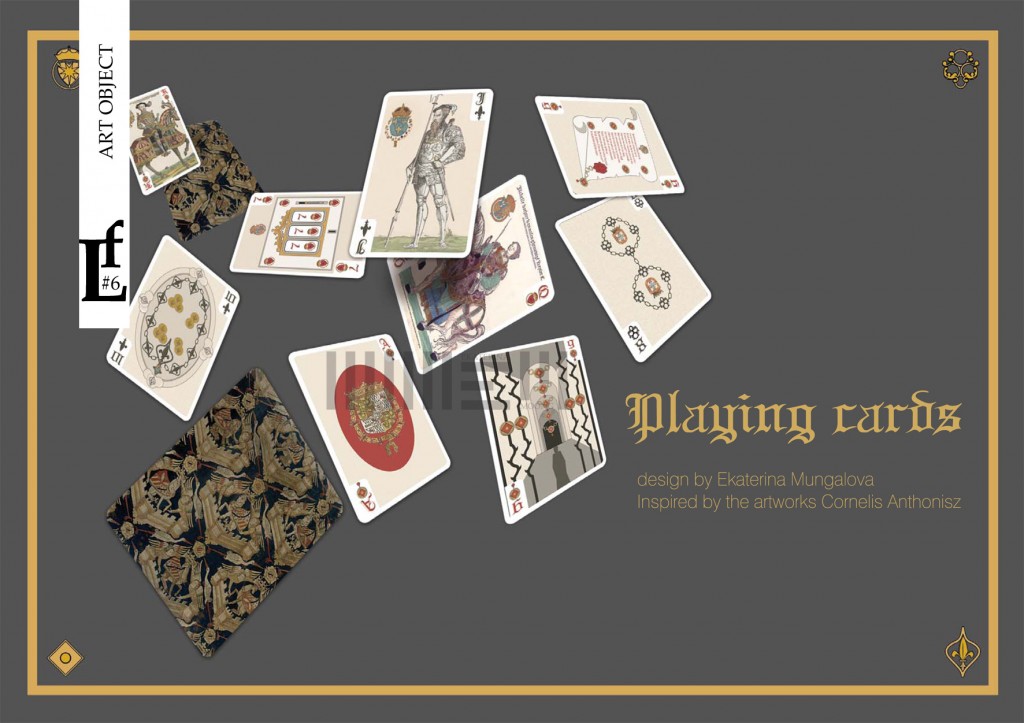 The idea to create  playing cards on the basis of existing artworks is not new. But it is extremely exciting. After all, factually, we can “revive” people lived in the old times, fictional characters or invented creatures of artist’s fantasy. We can make them play according to our rules.
Artworks (prints) of Cornelis Anthonisz. They served as a source of inspiration for artwork of Ekaterina Mungalova, graphic designer ,based in Saint Petersburg. One could say they “asked” once again to become whom they were – the kings, the queens, the warriors who guarded important people. 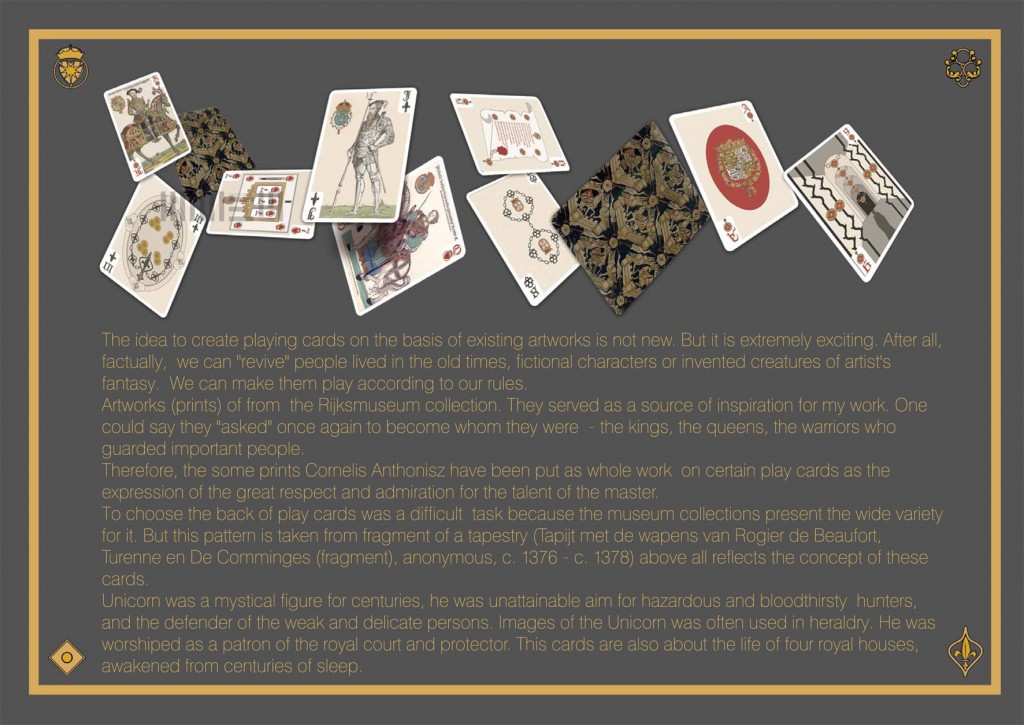 Therefore, the some prints Cornelis Anthonisz have been put as whole work on certain play cards as the expression of the great respect and admiration for the talent of the master.
To choose the back of play cards was a difficult task because the museum collections present the wide variety for it. But this pattern is taken from fragment of a tapestry (Tapijt met de wapens van Rogier de Beaufort, Turenne en De Comminges (fragment), anonymous, c. 1376 – c. 1378) above all reflects the concept of these cards. 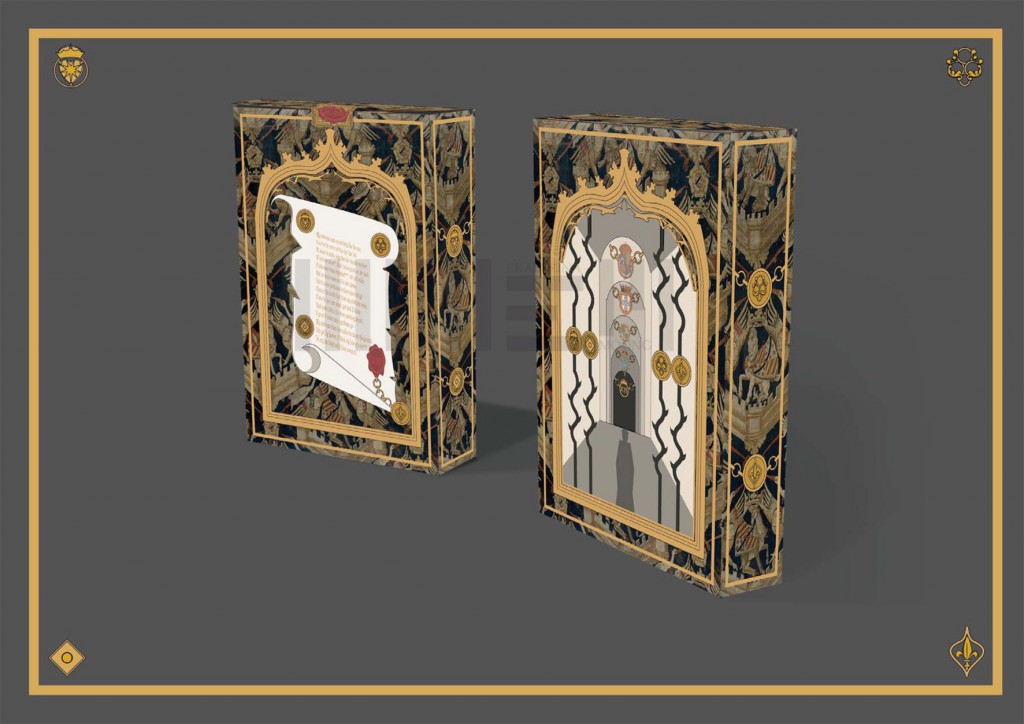 #Unicorn was a mystical figure for centuries, he was unattainable aim for hazardous and bloodthirsty hunters, and the defender of the weak and delicate persons. Images of the Unicorn was often used in heraldry. He was worshiped as a patron of the royal court and protector. This cards are also about the life of four royal houses, awakened from centuries of sleep. 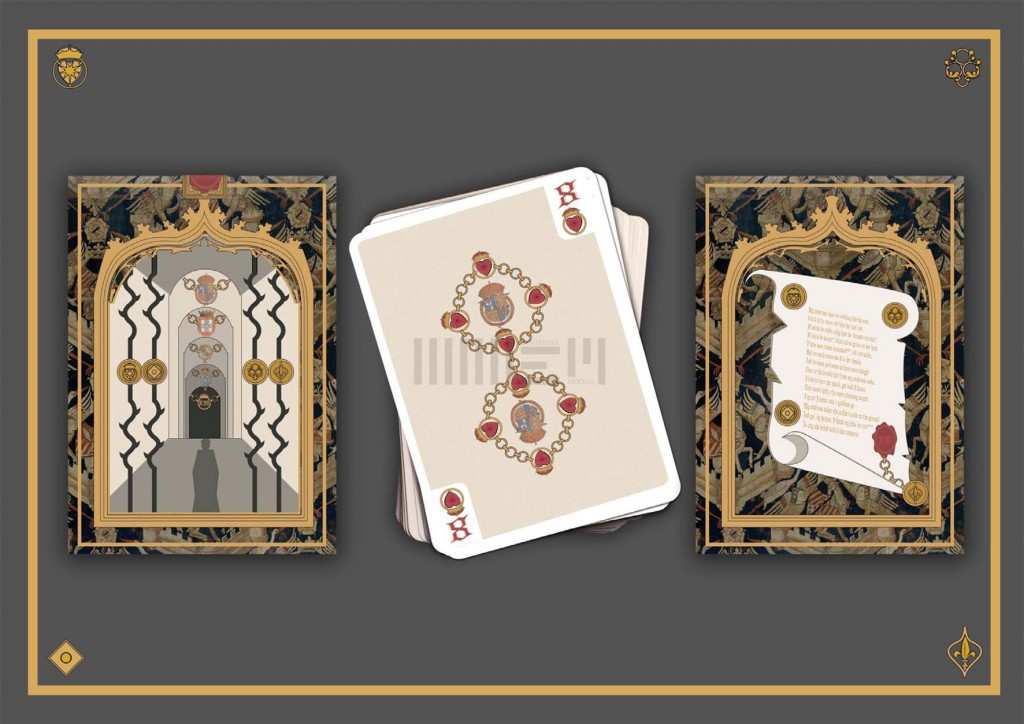 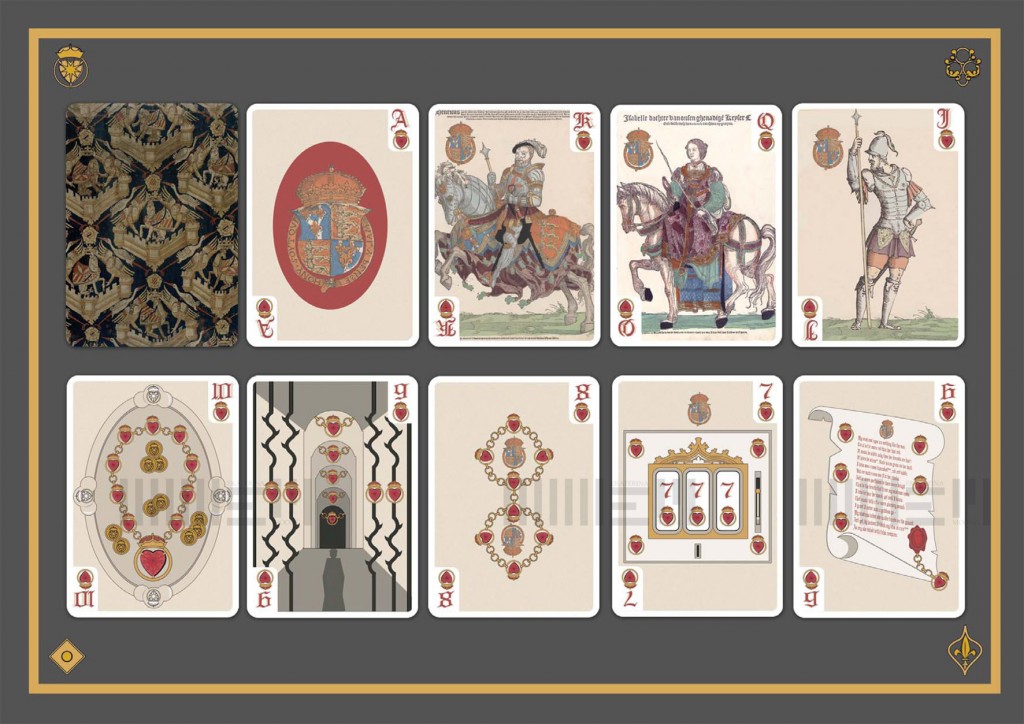 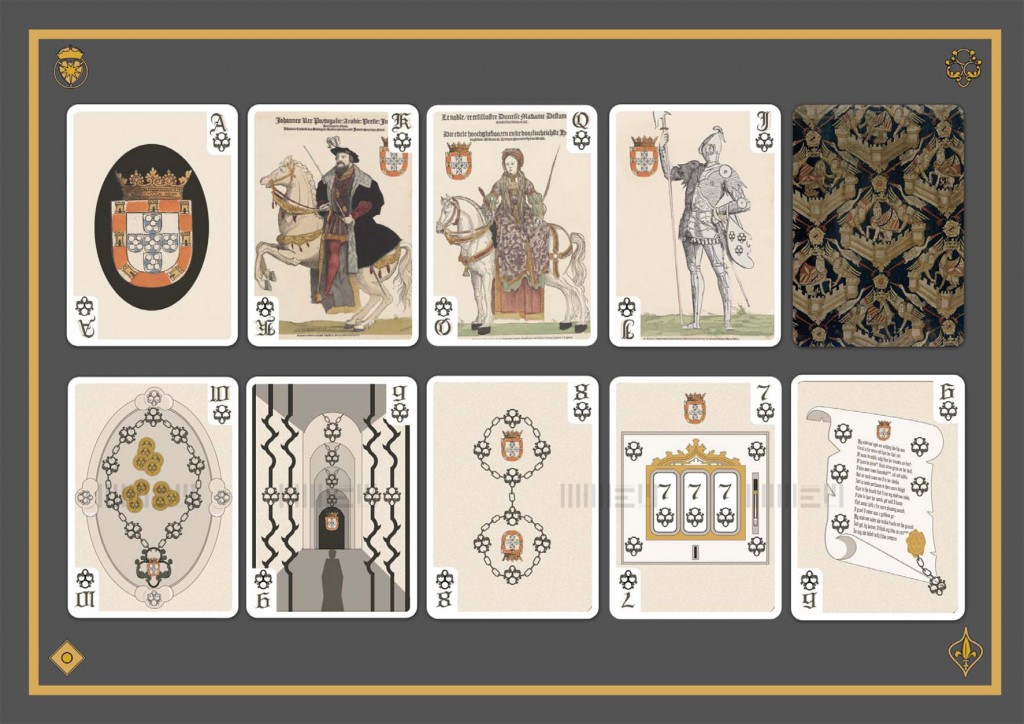 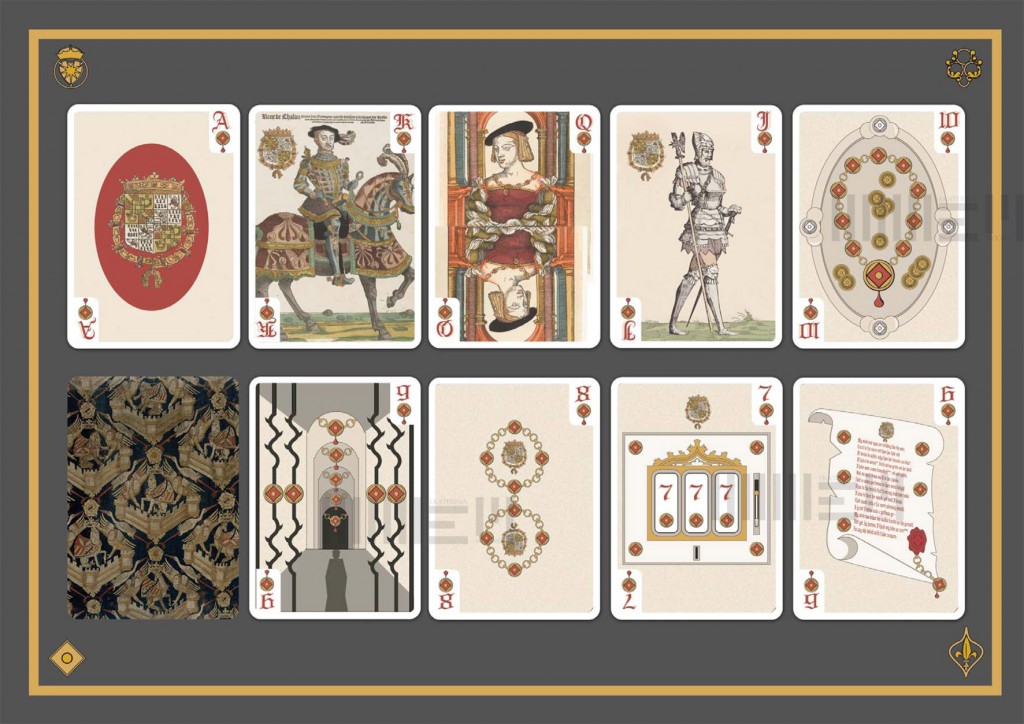 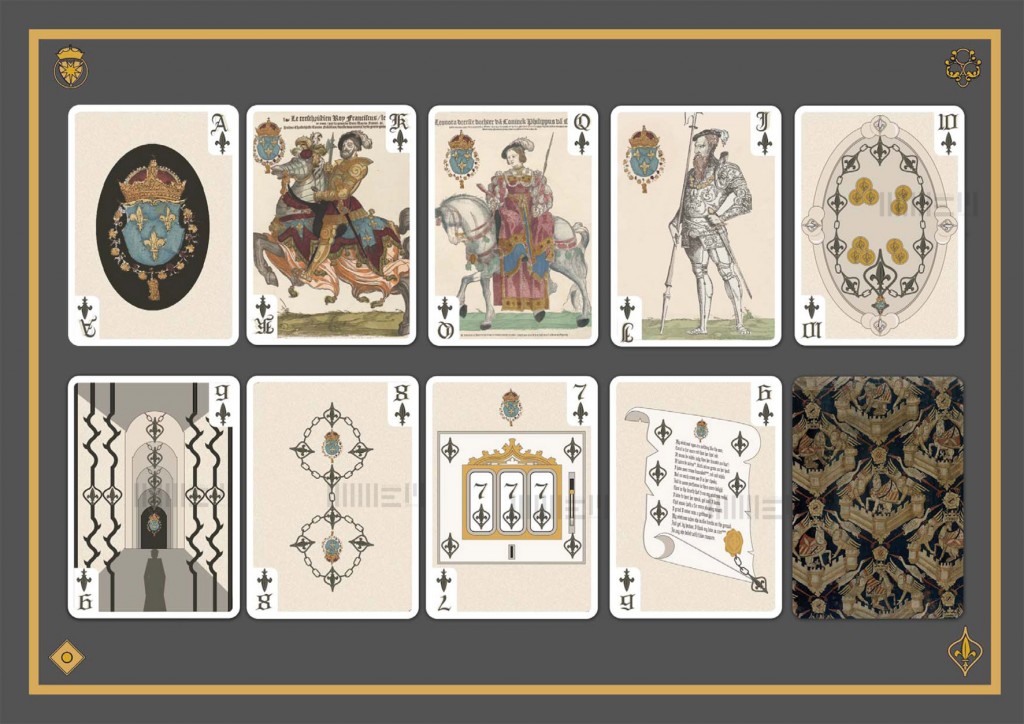