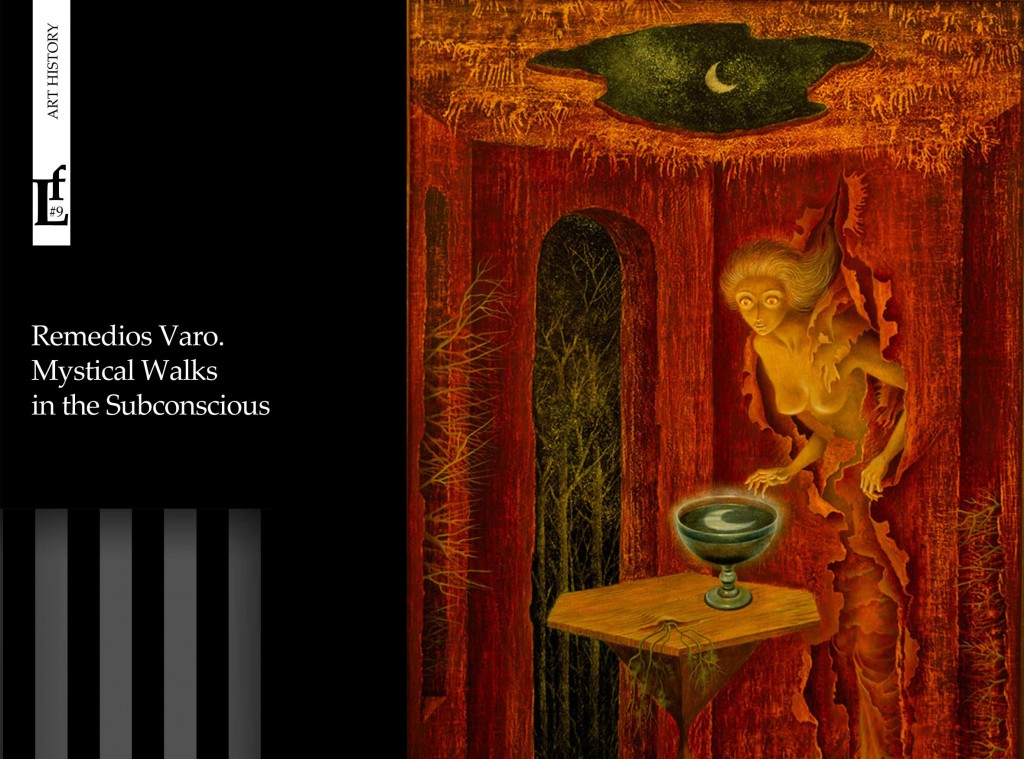 Walking in the subconscious of the artist is a kind of adventure. To get into secret alleys, to peer on the inhabitants of those places, strange, sometimes creepy, but still beautiful, mystical, to be attracted by their inexplicable magic  is an amazing journey. 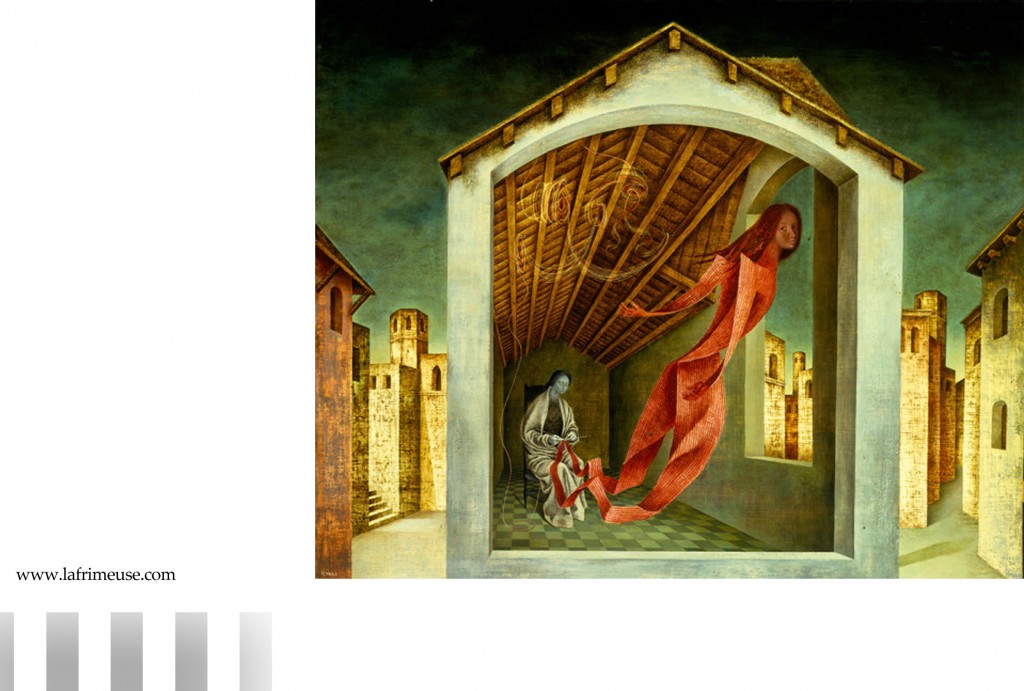 Remedios Varo….. the name itself sounds like a singing, like a spell – beautiful and magical. The Spanish artist, who was born near Barcelona, is one of those places from which not one representative of surrealism came out.

The father of Remedios was an engineer and encouraged her curiosity, he bought scientific and sci-fi books, taught technical drawing. Mother, on the contrary, as a true Catholic was preoccupied with the freedom of the judgments of her daughter and was upset by her cool attitude toward the religion. Therefore, she decided to give her to the school at the monastery.

Her worldview as the future artist had developed in such way, a combination of uncombined, a pure mind and a deep spirituality that could not be explained by logical explanations. 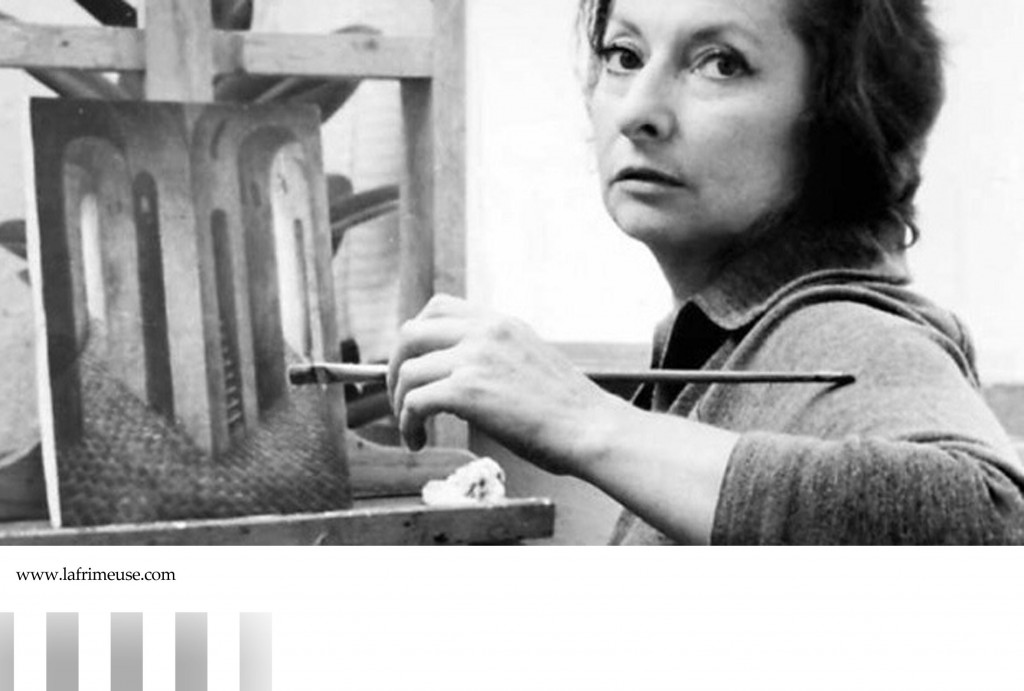 At age 22, after graduating from the prestigious San Fernando Royal Academy of Fine Arts in Madrid, Varo headed for Paris, where he finds himself involved in a bohemian life. The friendship with the advanced artists, in the circle of which she found herself, strengthened her passion for freedom of figurative expression of her ideas, thoughts, dreams,  and everything that lives in our subconscious, trying to break out. 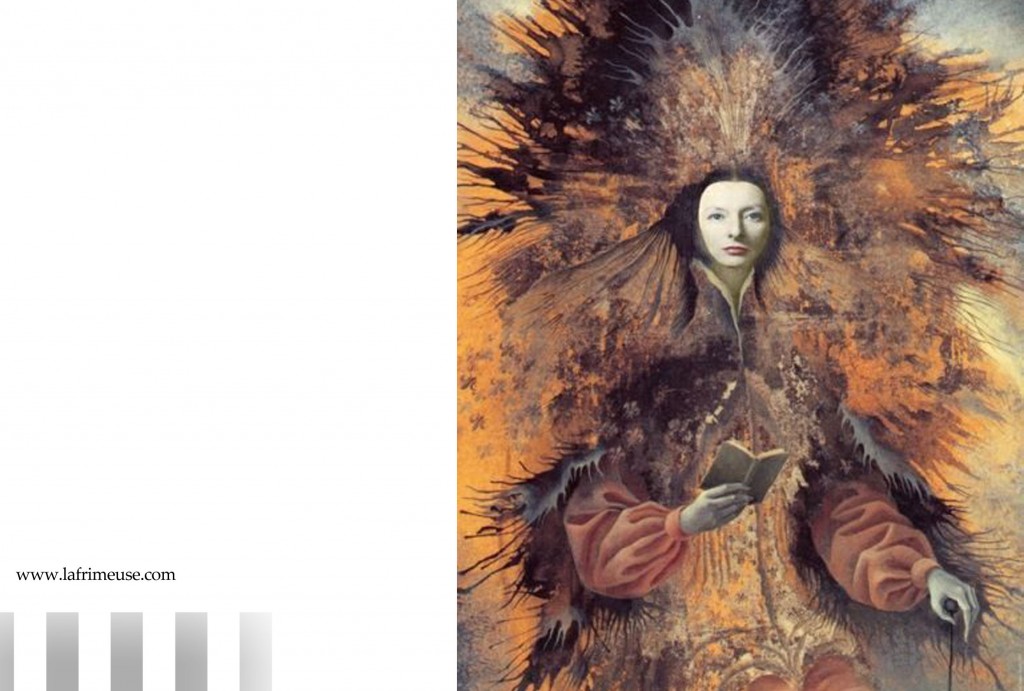 The proclaimed manifesto of Andre Breton defined one of the most interesting trends in the history of art and literature. Surrealism is attractive because of its strangeness, its shocking nature, its ability to look into the subconscious. 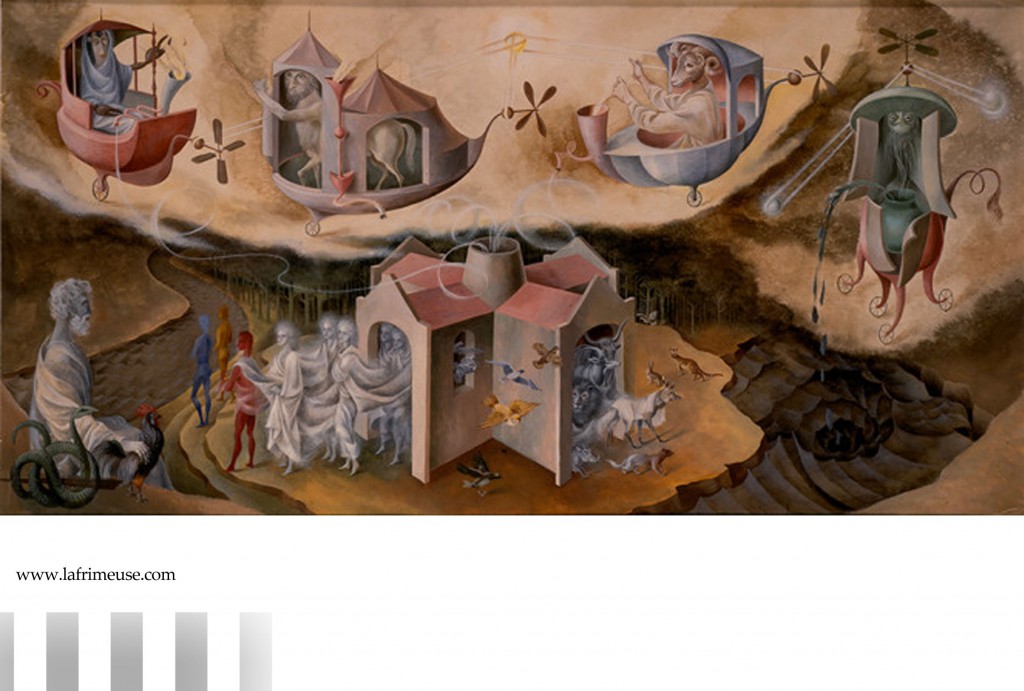 Varo become acquainted with this philosophy at the Academy of Arts and became imbued with the essence of this direction. Only in her interpretations, the surrealistic visions are intertwined with mysticism and alchemy, with attempts to penetrate another dimension unknown to us, into something mysterious, perhaps something that remained forever in the Middle Ages. 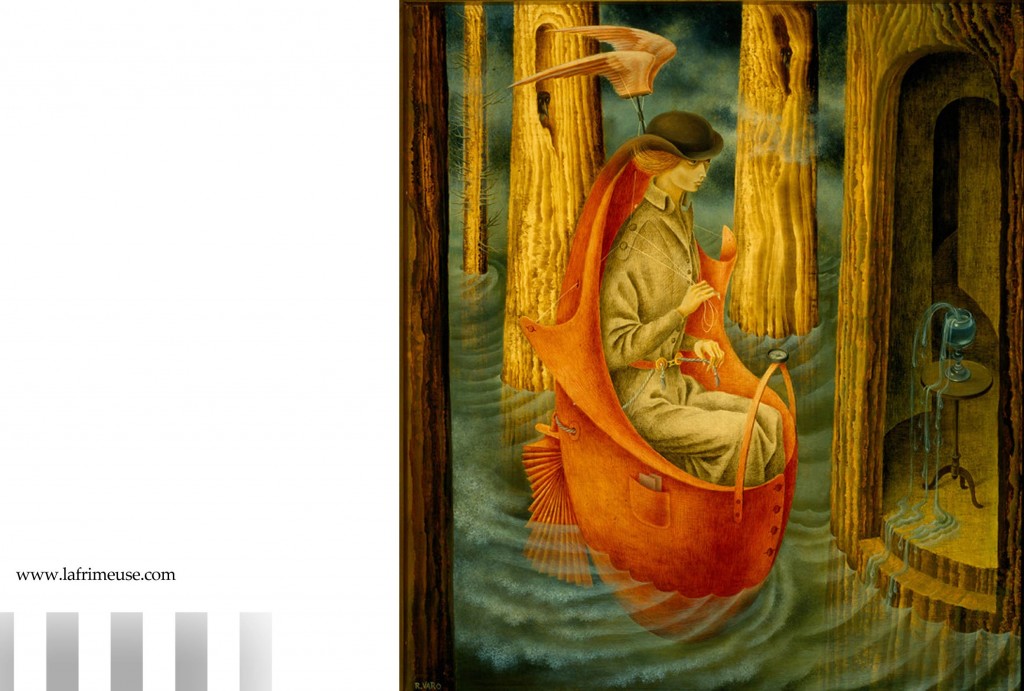 Finally, her style developed in Mexico, where Varo moved from the horrors of the war. Initially, the temporary shelter became for the artist’s house for the rest of her life. Here, her style was formed, and acquaintance with creativity and sincere friendship with Frida Kahlo, Diego Ribera, and many other Mexican artists enriched her world. 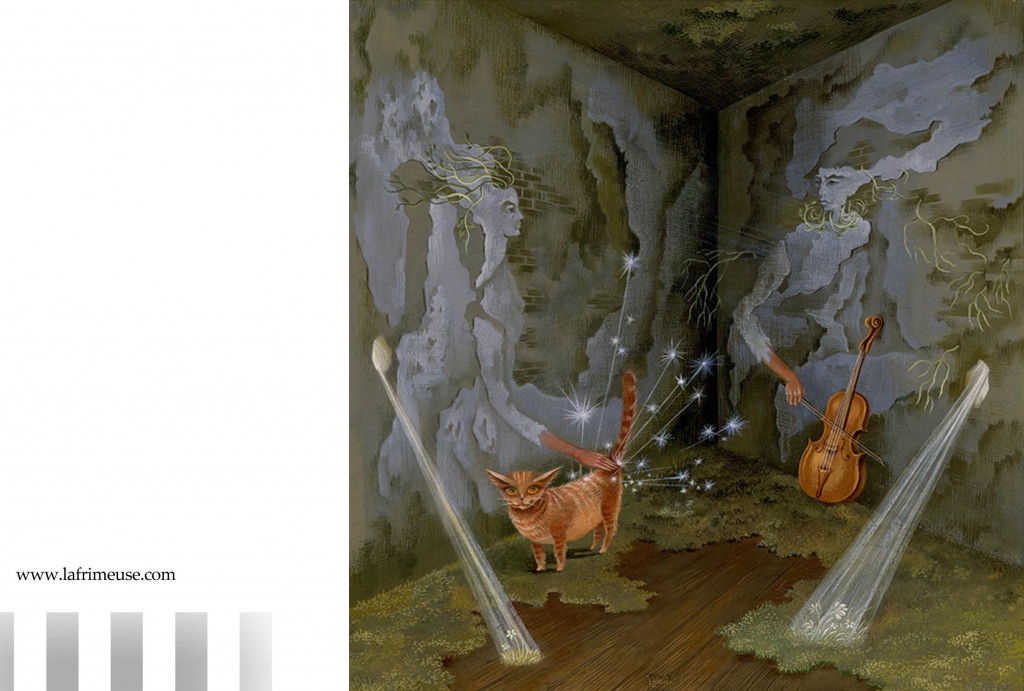 You can fall in love immediately with her images , they are feminine, sometimes androgens, mysterious and symbolic. Each picture has its own mini story. 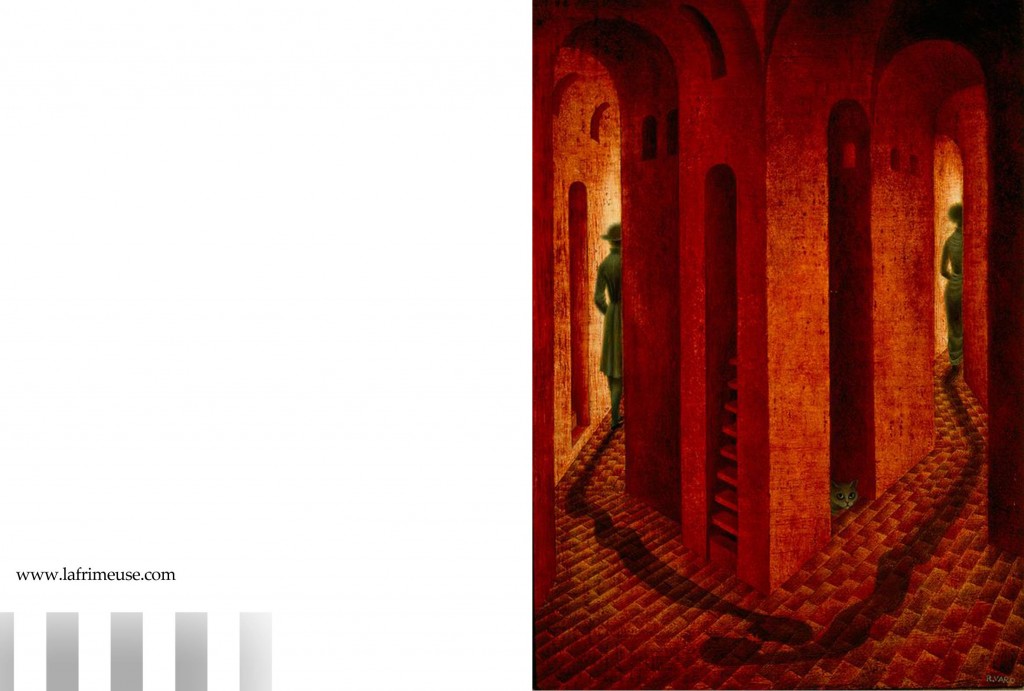 Two people split at the crossroads of two narrow streets, but the shadows like the images of souls can not do this and stretch to each other to remain in their arms. Their shadows are flexible, smooth, outgoing silhouettes, on the contrary, the real persons are angular indifferent silhouettes. We are witnessing someone’s broken hopes and regrets. and  The aspire arise up to run after them and shout to those cold backs: “Where are you going, what are you doing!” 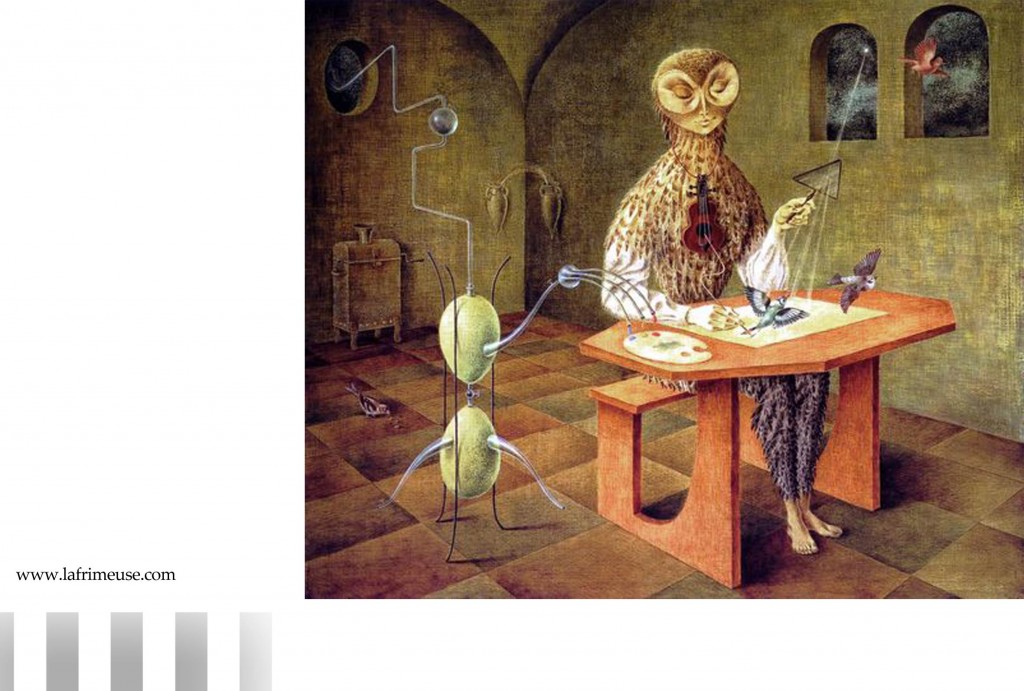 Reading the paintings of Varo is like unraveling a rebus or an encrypted mysterious message.

The Creator of birds. The Semi-owl, a semi-human who creates birds, this symbol of wisdom with a brush coming from the soul in the form of a violin. The colors that come from a complex alchemical aggregate are put to the palitre.The animation of the painted birds occures with moonlight passing through a triangular prism. The creatures so born fly out into the arched windows, which are often found on the canvases of Renaissance artists. 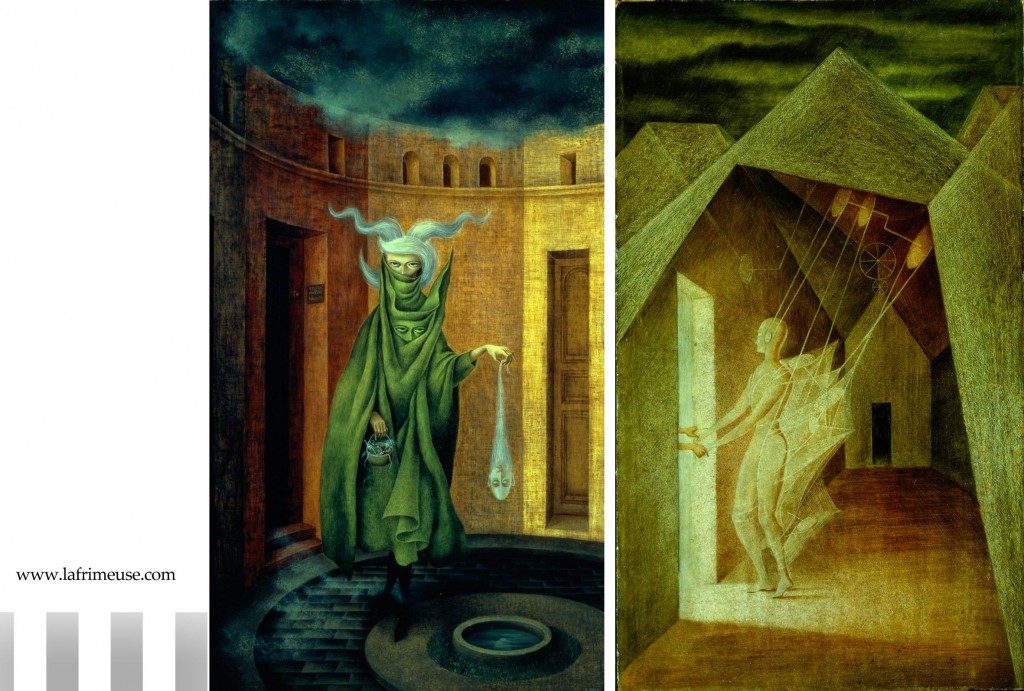 When you read a book, your own images are created. In the case of the artist’s works, her characters create their own compositions in the awakened imagination of the viewer. 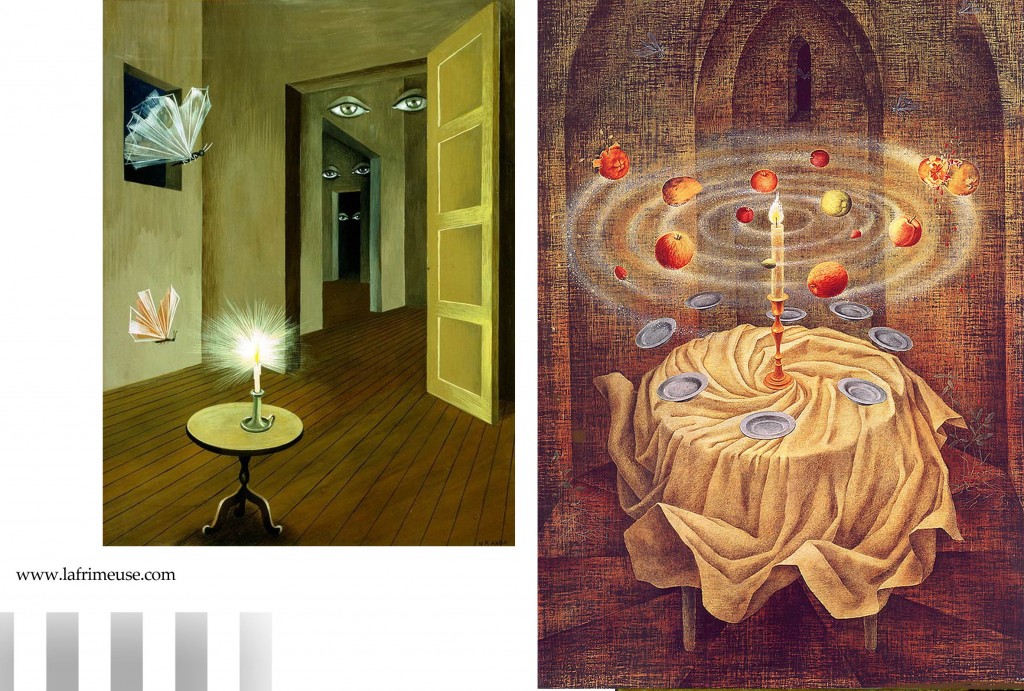 Therefore hush hush! Silence. Just stroll along the lanes and alleys, streets and canals of this special world, which attracts and pushes at the same time. And even as in a dream, the subconscious mind is completely free and creates its own unique stories. 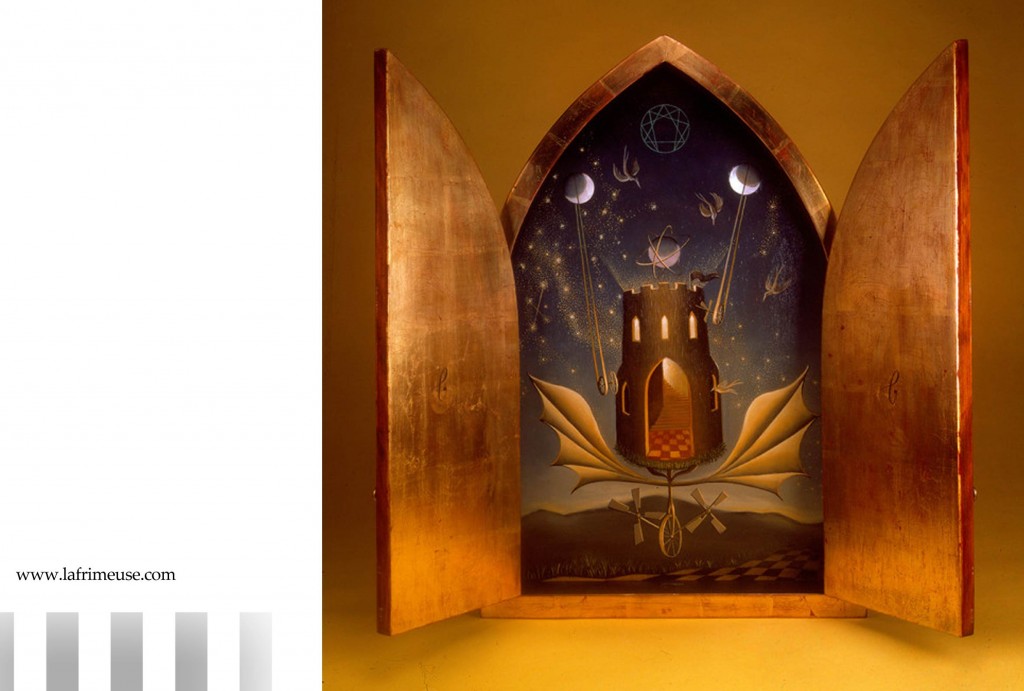 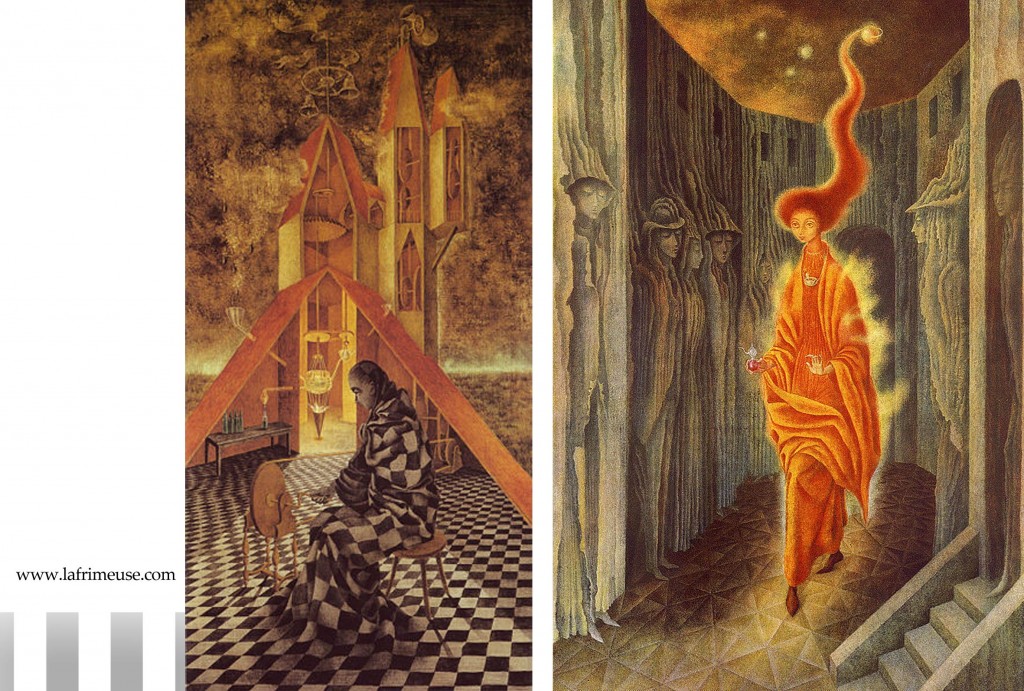 All photos from the site: http://remedios-varo.com