Creative anarchy or playing against the rules. Memphis 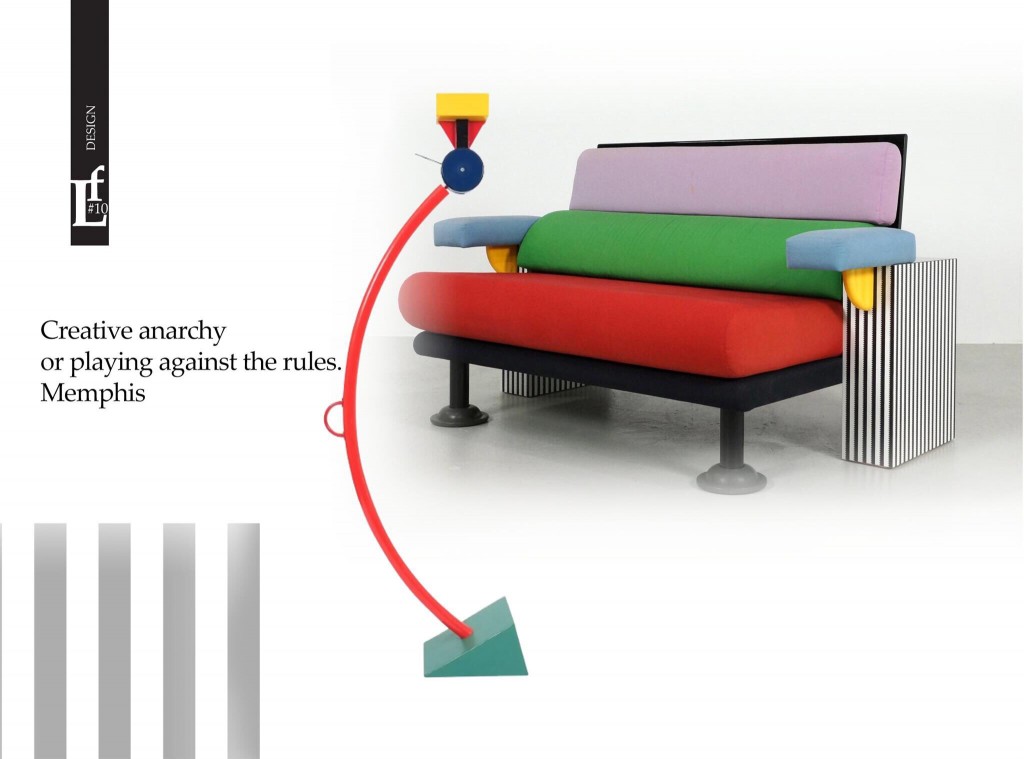 A good design, as many people think, consists of simple lines, clear forms, that reflects its content, functionality, restraint, elegance – generally, the good design is the thing speaking of nice taste of an owner. It s like this. Initially, begining since the end of XIX century the best artistic minds fought for the conception of the escape from ugly decoration of rushing developing industrialization to the aesthetic of functionality. 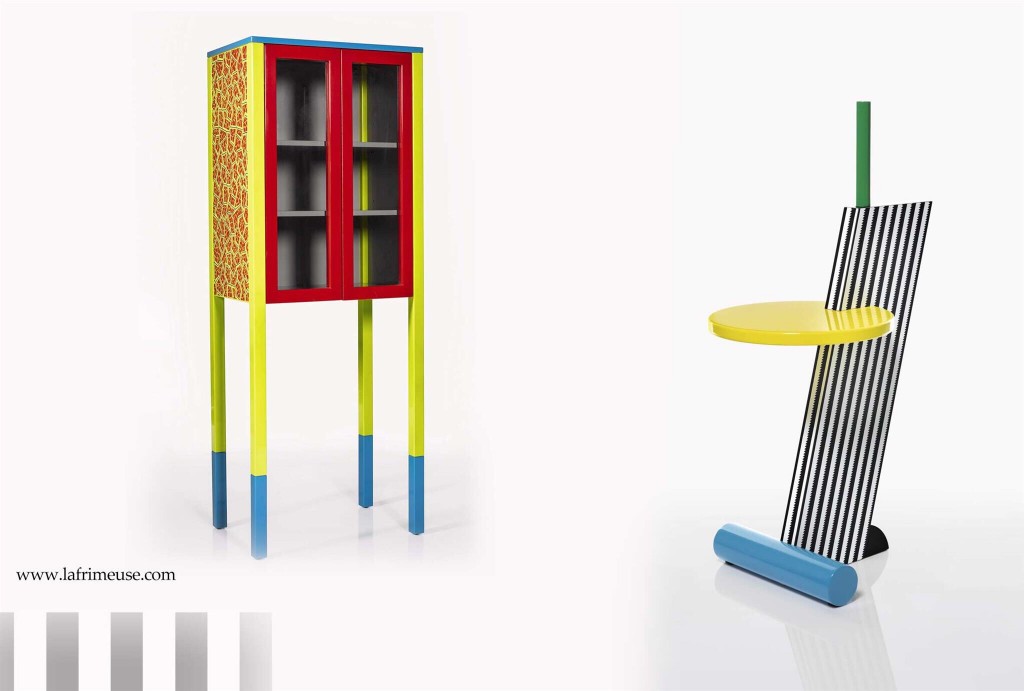 But everything is fine, till it isn’t going to be boring and once even the most beautiful manners have got uninteresting and dull, so may the time to have a fun.

The Milan Arc’74 exhibition in 1981 opened with the breakeminded stand of the creative group “Memphis” that shocked visitors. Despite the ambiguous assessment and the failure of some critics, a line of beholders was gathered to look at the new concept,
The combination of bright colors, simple geometric shapes and “non-noble” materials was wild for the unprepared public. But, nevertheless, it sparked the interest and became the beginning of the popularity, which lasted more than seven years. 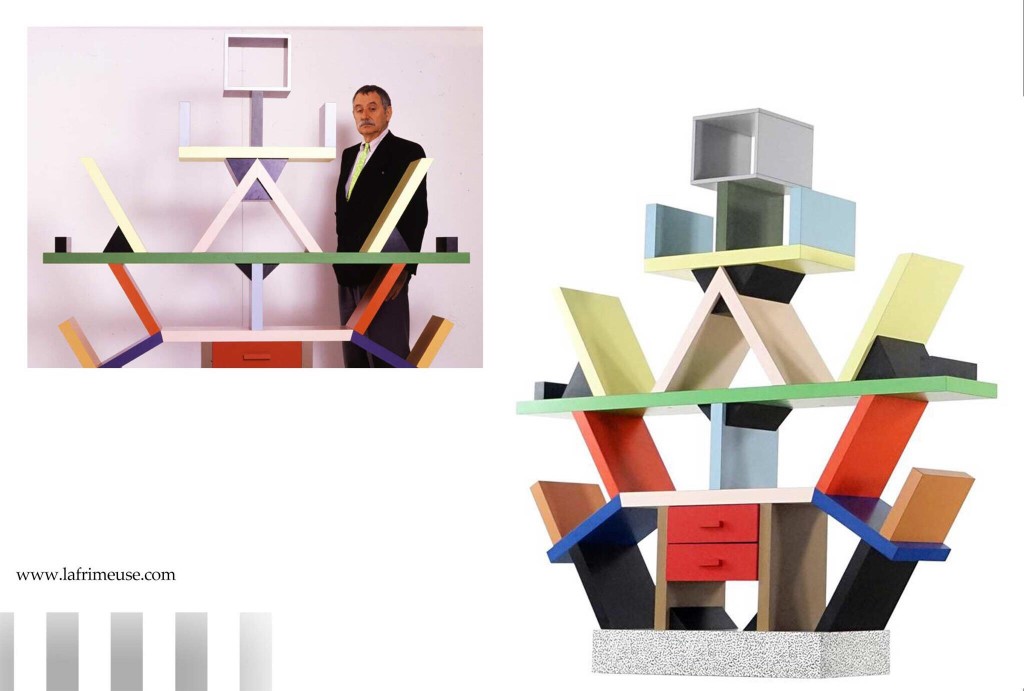 For a short period, a coup was made in the mind, deafening success, orders, interest among collectors and complete oblivion.
As said when the founder of the design group, Etorore Sottsas (Ettore Sottsass). “Memphis is as  sweets, if there are too much of it, you may be sick.” 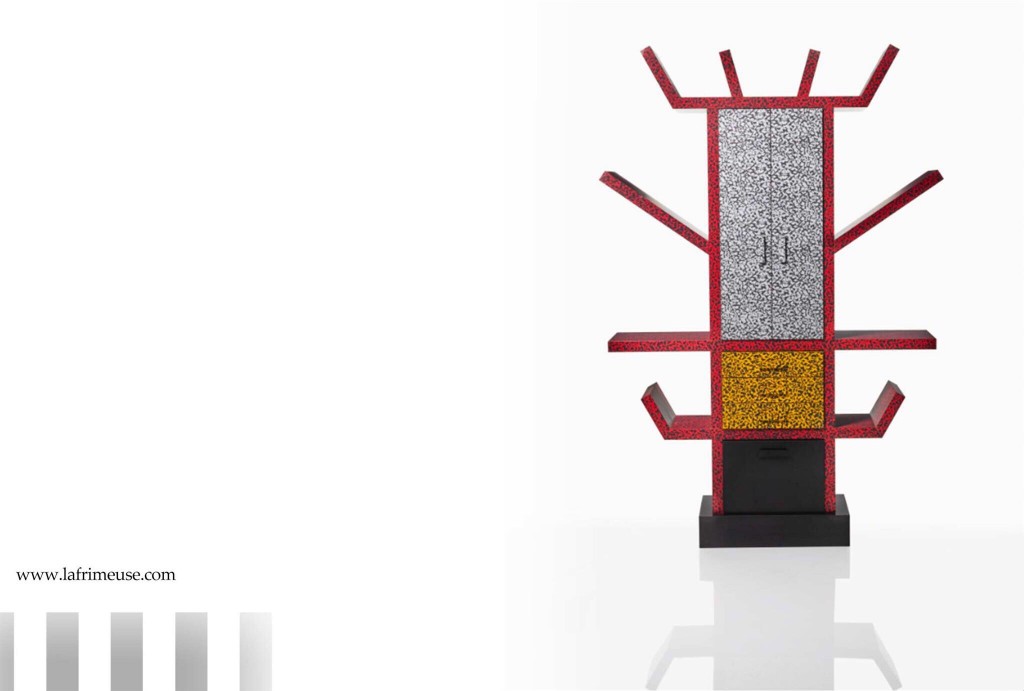 All of that creative anarchy began in the apartment Ettore Sottsass (1917-2007) – a famous Italian architect and designer under sounds of the melody of Bob Dylan’s melody “Stuck inside of the Mobile with the Memphis Blues Again”, which was repeatedly played during that meeting of creative people . So the name of the group of designers was formed.
The very figure of the founder and his creative path are noteworthy.
At the beginning of his career, he was impressed by the scale of mass production in USA. Its groomed identical suburbs. In 1961, he traveled to India and was struck by local architecture, the walls were painted with clean and contrasting colors. 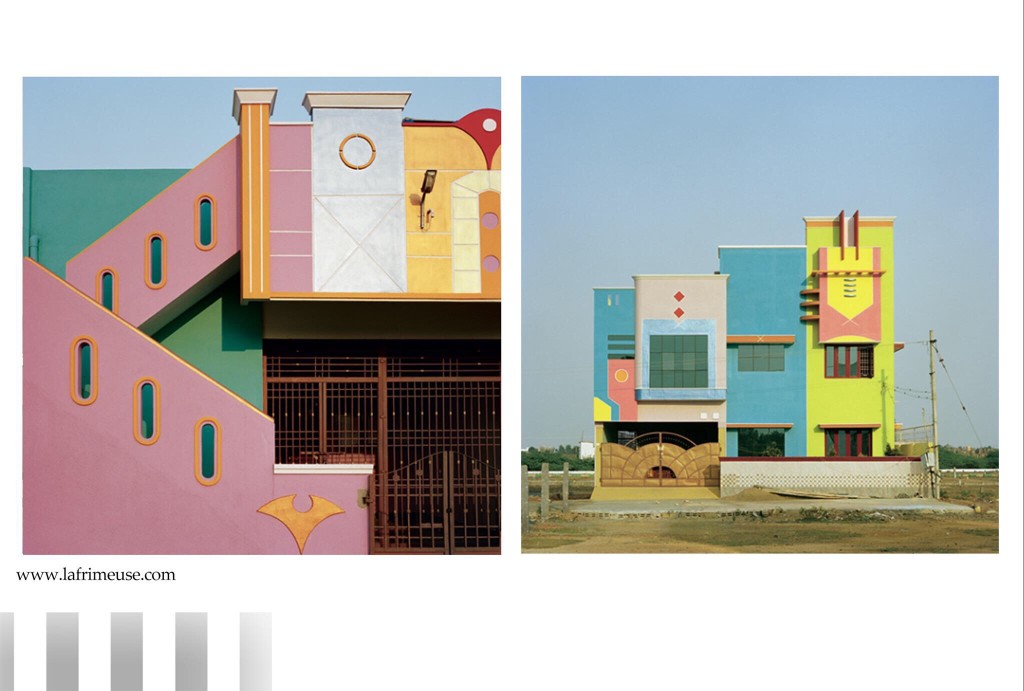 Houses in South India. photo from www.pinterest.com
Here, his thoughts about architecture and design shifted from production to consumer. “What these objects can bring into your life?” was became the main issue. 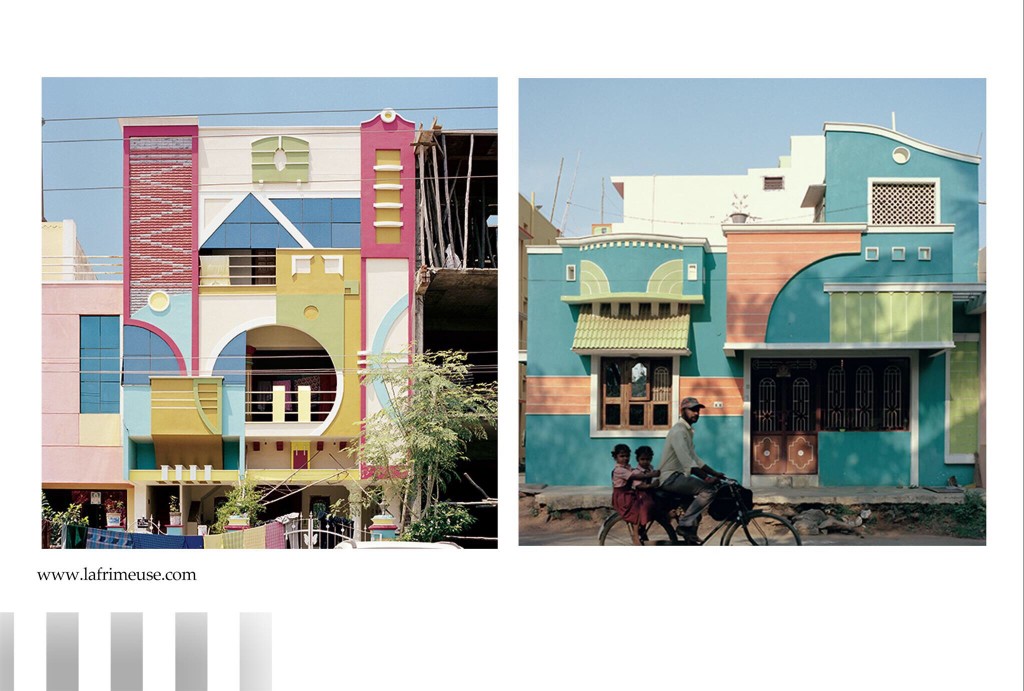 Houses in South India. photo from www.pinterest.com
He was impressed that the people of South India lived that way, not because they had to show material prosperity or advanced technology, but what to present their spirituality. 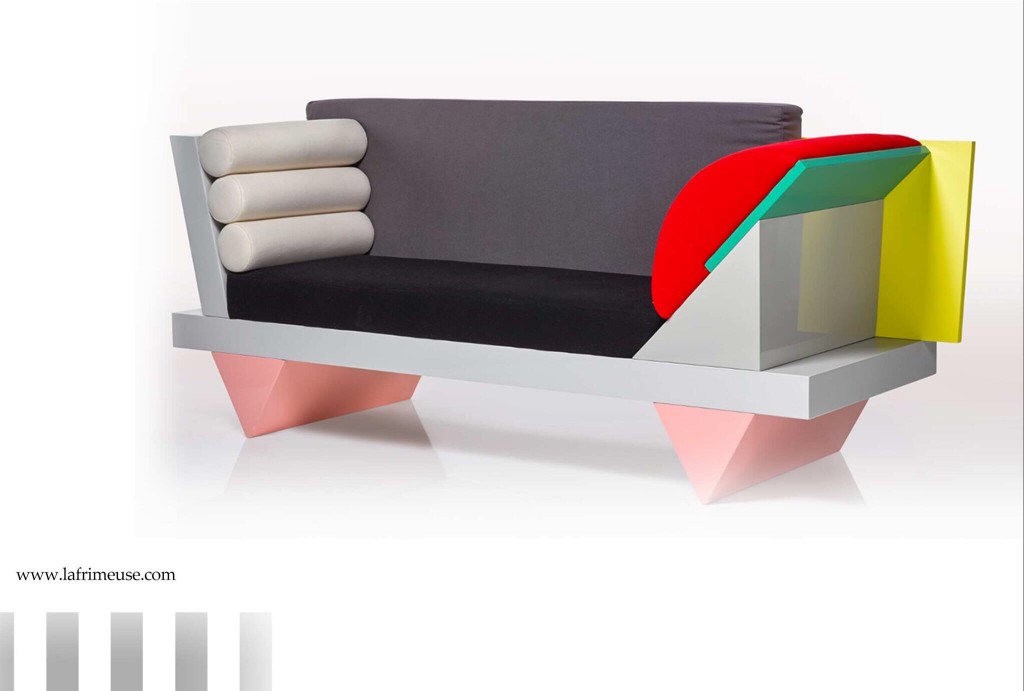 So, coming to the beginning of the 80’s as already famous architect and designer in his 60’s, he gathered around him twenty-year-old young future stars. Andrea Branzi and Michele De Lucchi Hans Hollein, Shiro Kuramata, Peter Shire, Javier Mariscal, Massanori Umeda and Massanori Umeda, Michael Graves. 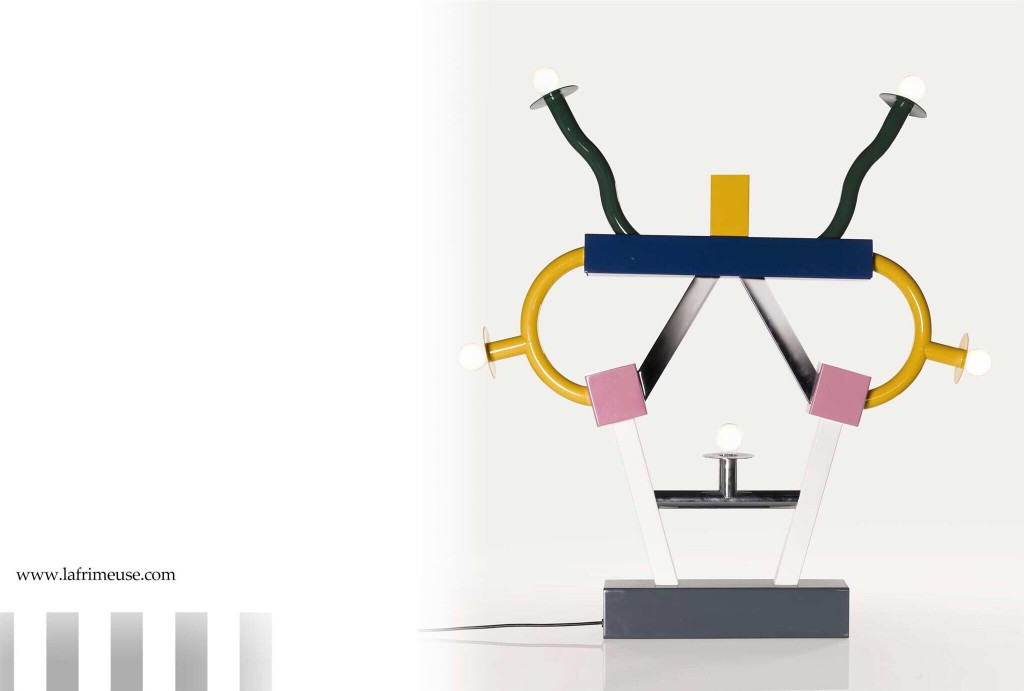 Designers expressed their ideas as they wanted, but this absolute anarchy had its own principles: the bold use of materials, the displacement of textures and forms, a mix of styles. A distinctive feature of Memphis was that it was primarily witty and bore the mood of some frivolity “Do not be so serious!” 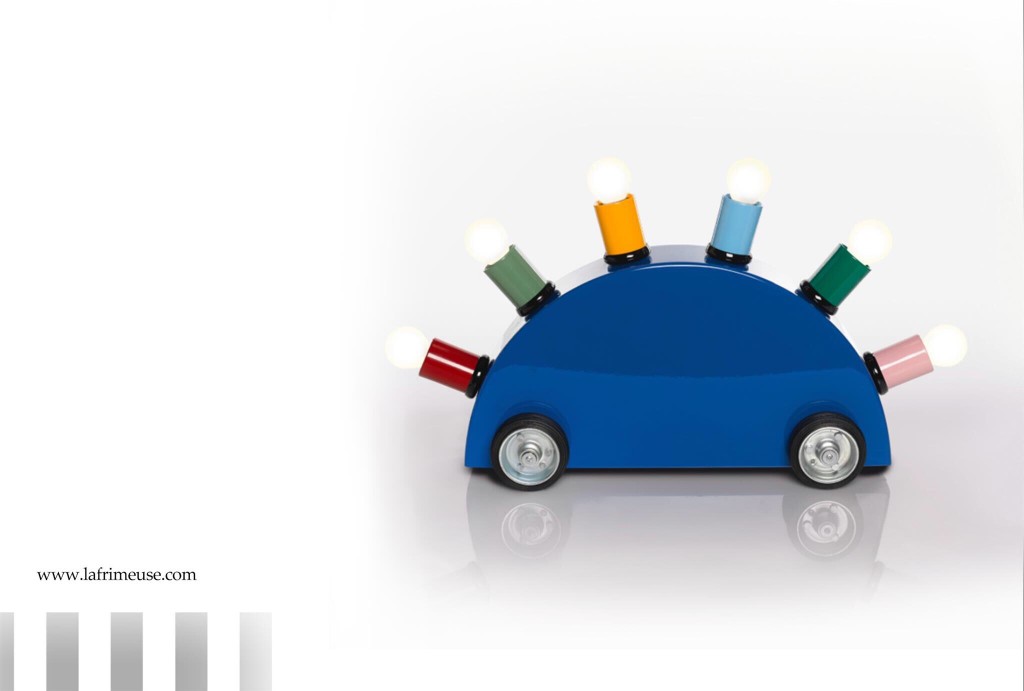 The ebullient, young energy that filled the works of Memphis became to some extent a pioneer, opened the way for the postmodern and anti-functional design directions of Europe.
Thirty years after the dissolution of the group, interest in the artistic legacy of designers has returned, especially in related fields – fashion, window dressing, graphic design. 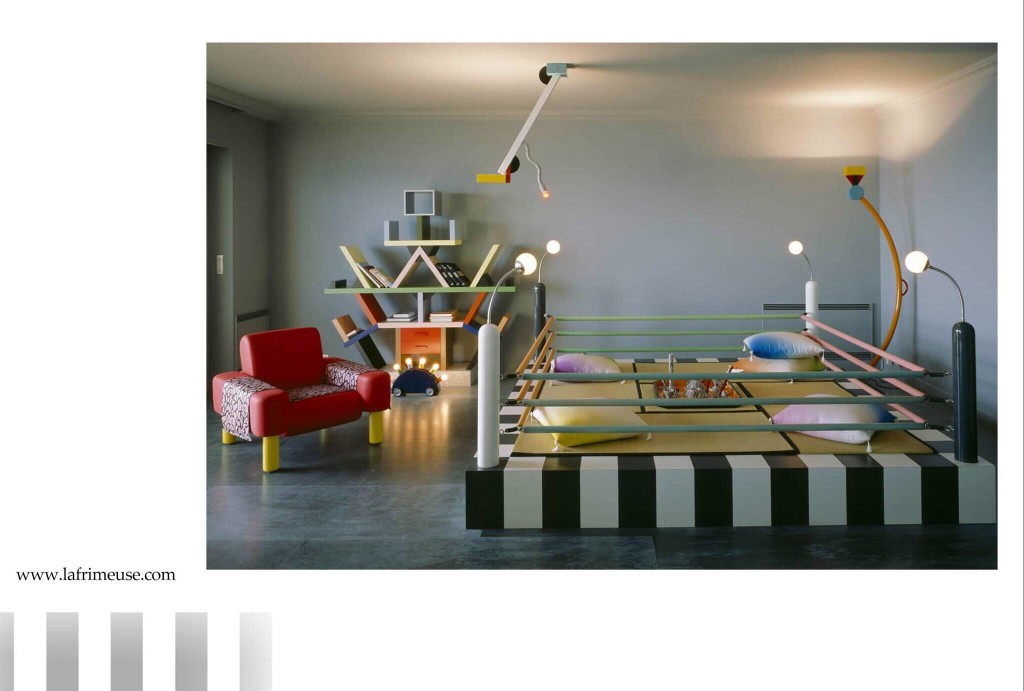 World-famous fashion designer Karl Lagerfeld, had furnished the interior of his chic apartments in Monte Carlo with art objects of the Memphis group.1980 s 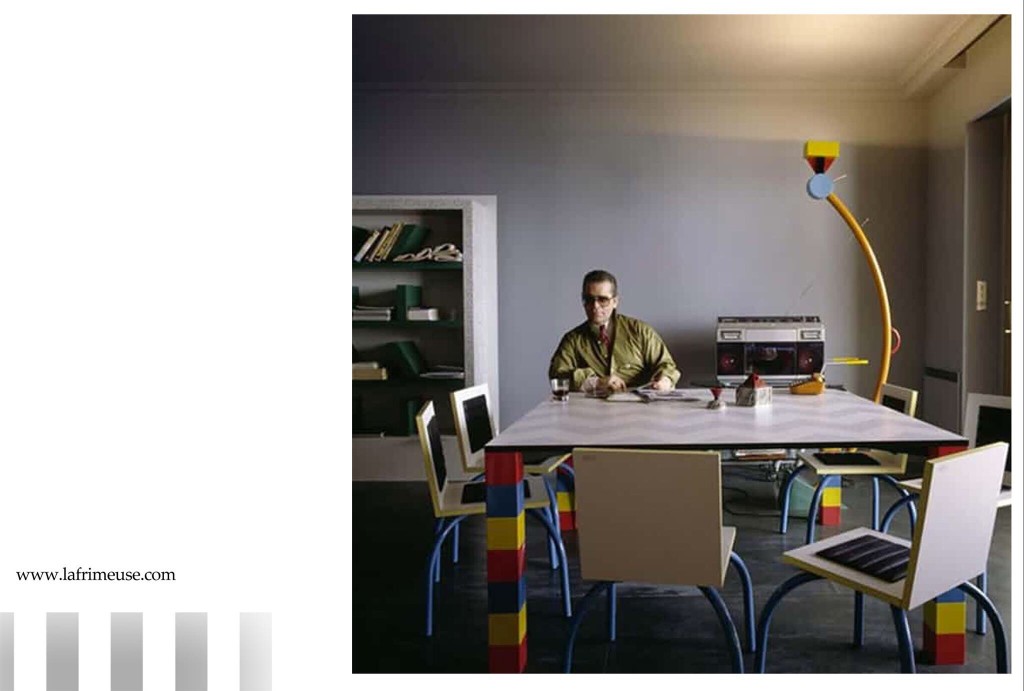 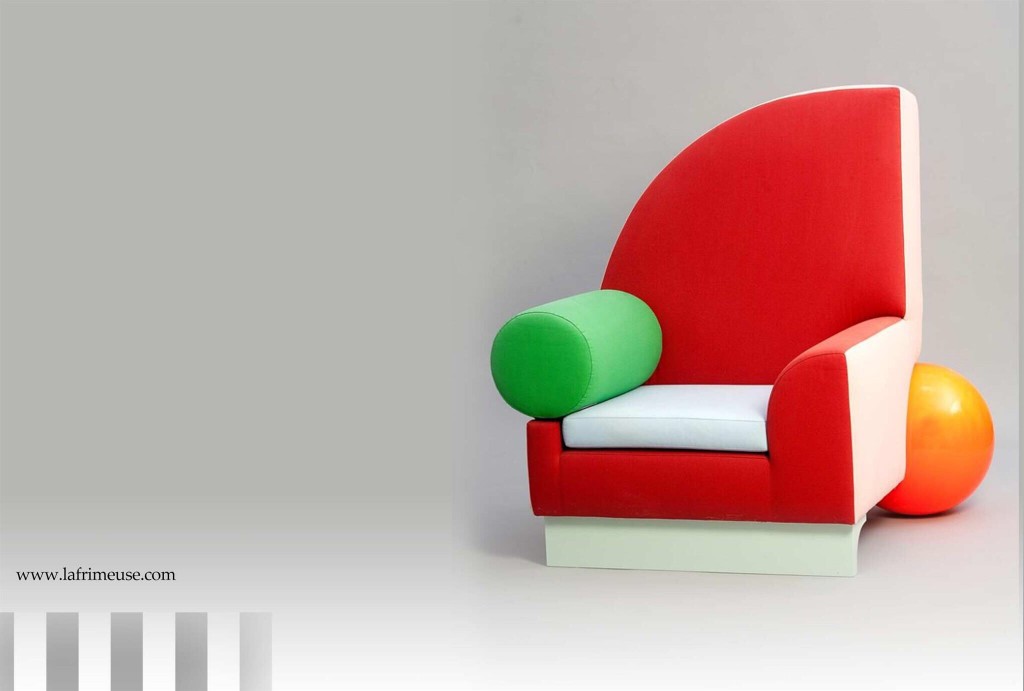 The exhibition featured the work of Sottsass, 1981- Beverly Cabinet lined with green yellow snake skin with doors from the brown texture of the tortoise shell. 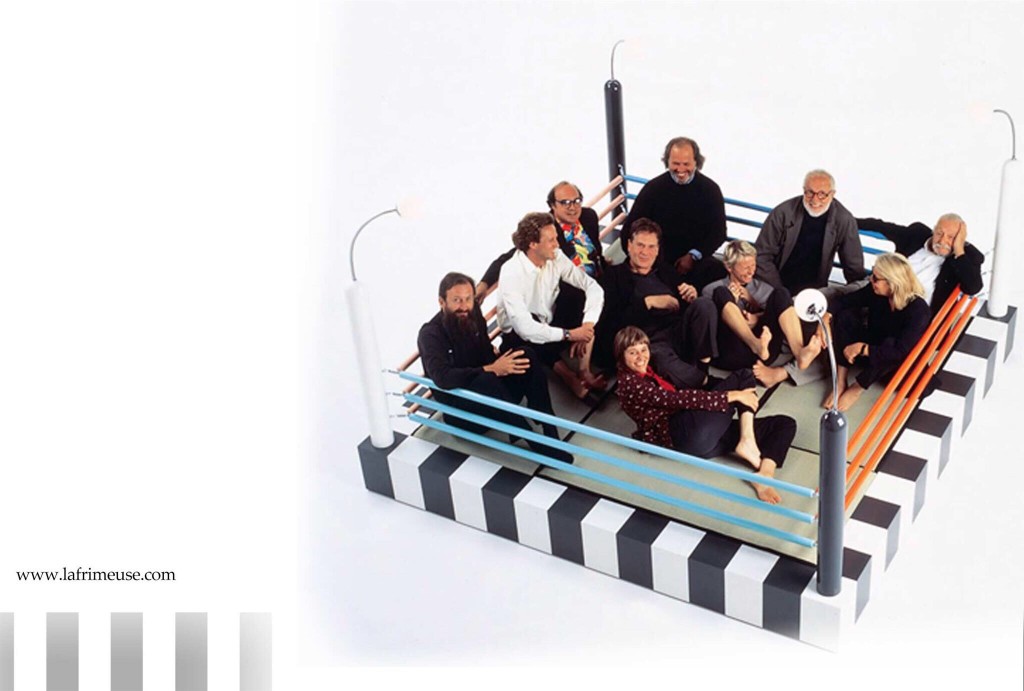 Team  of Memphis posed for the collective portrait relaxed sitting in the Art object, created resembling a half-boxing ring and a semi-children’s arena with a monochrome podium in stripes with pastel pink ropes. And white lamps in every corner, designed by Umeda (Masanori Umeda). 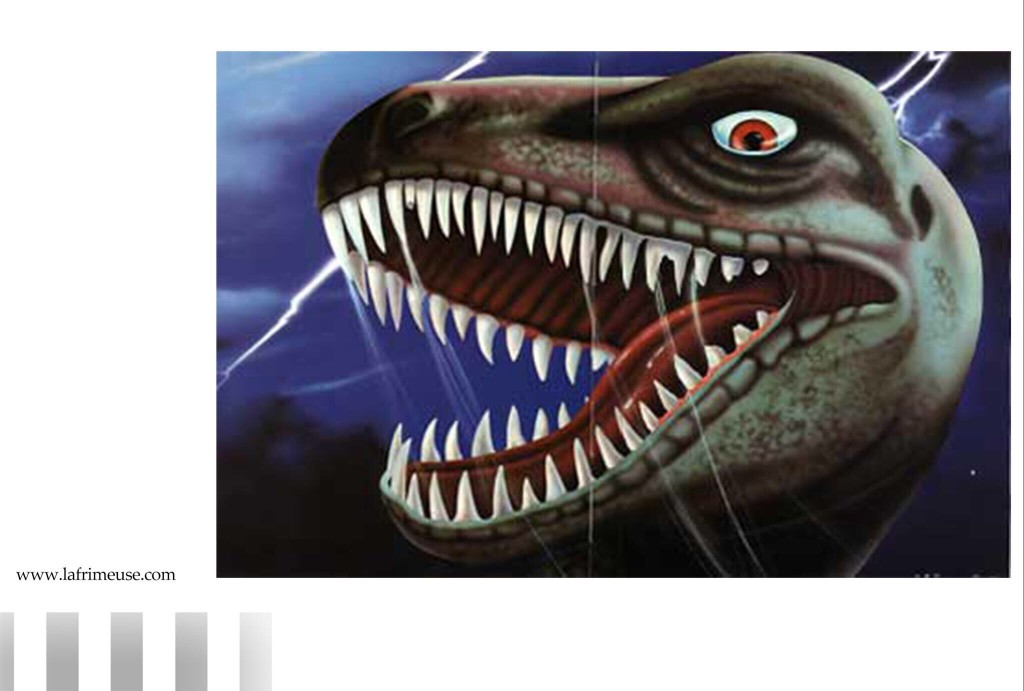 But the final effective point was an invitation to the opening of the exhibition: the postcard of the designer Paccagnella, depicting a yawning dinosaur against the backdrop of a scratched sky. 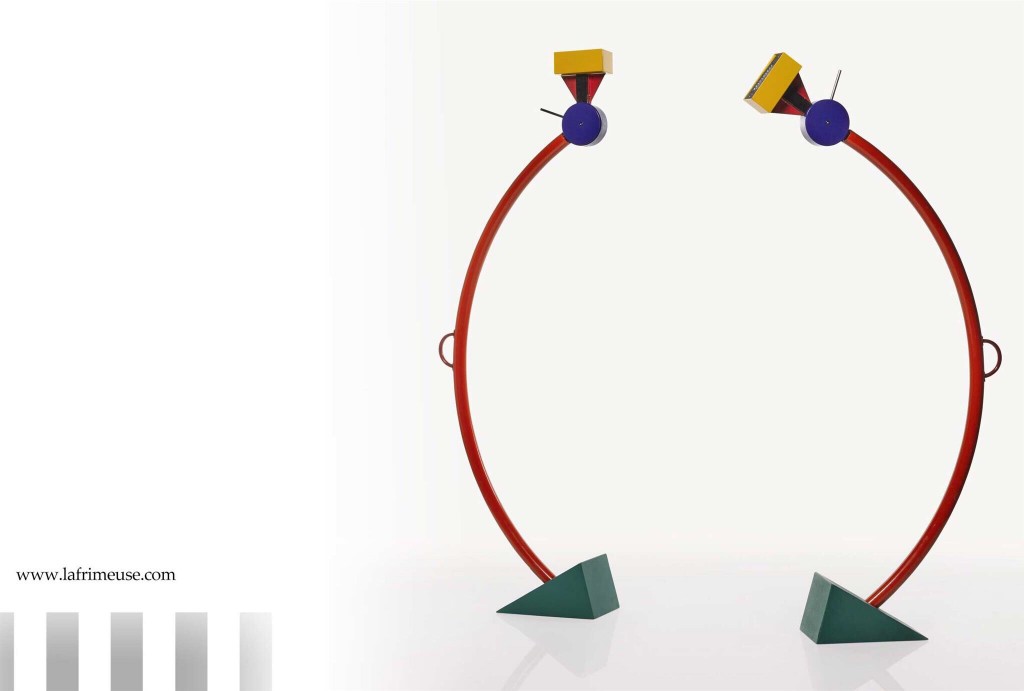 It’s no wonder that the public’s emotions went off scale and divided. Jasper Morrison wrote, remembering those events, it was like “covering up with a cold sweat”, like “a state of shock and panic,” a strange feeling when you are released going completely from the rules. 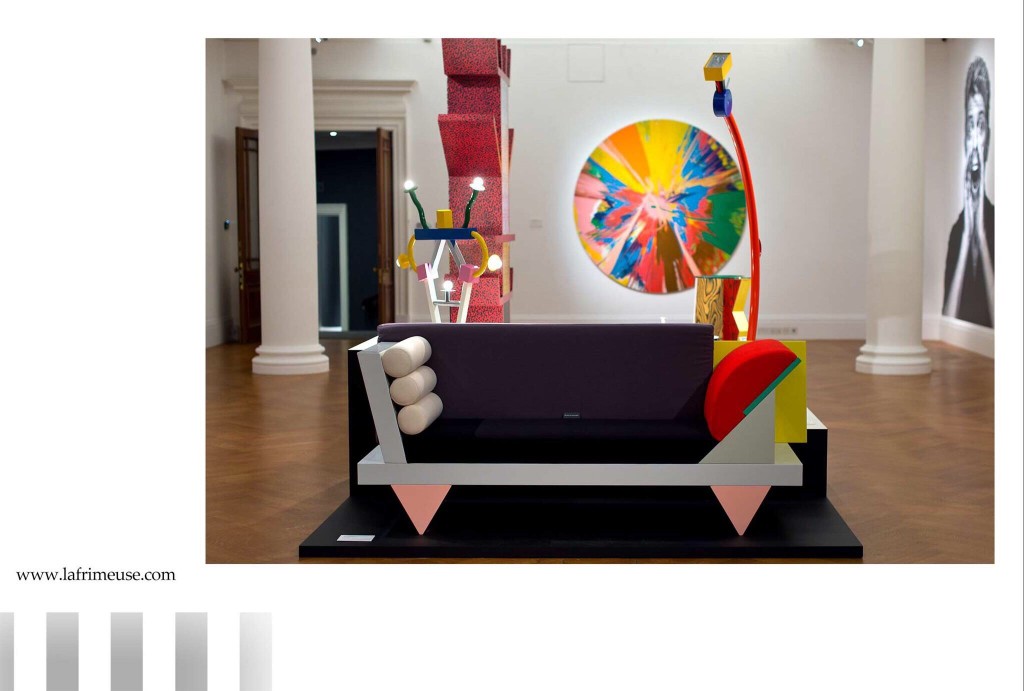 Items from the Memphis furniture collection being sold in the Bowie/Collector auction at Sotheby’s, including the Peter Shire, ‘Big Sur’ Sofa from 1986.

Ideas, so bright and swiftly swept through then, come back again. The interest of decorators, graphic designers does not weaken, on the contrary, here they turn for, as it’s not strange sound, for new and fresh ideas, for bold solutions both composite and color.

When design inspires # 11. The noble robe for king
Five design things of this week #14