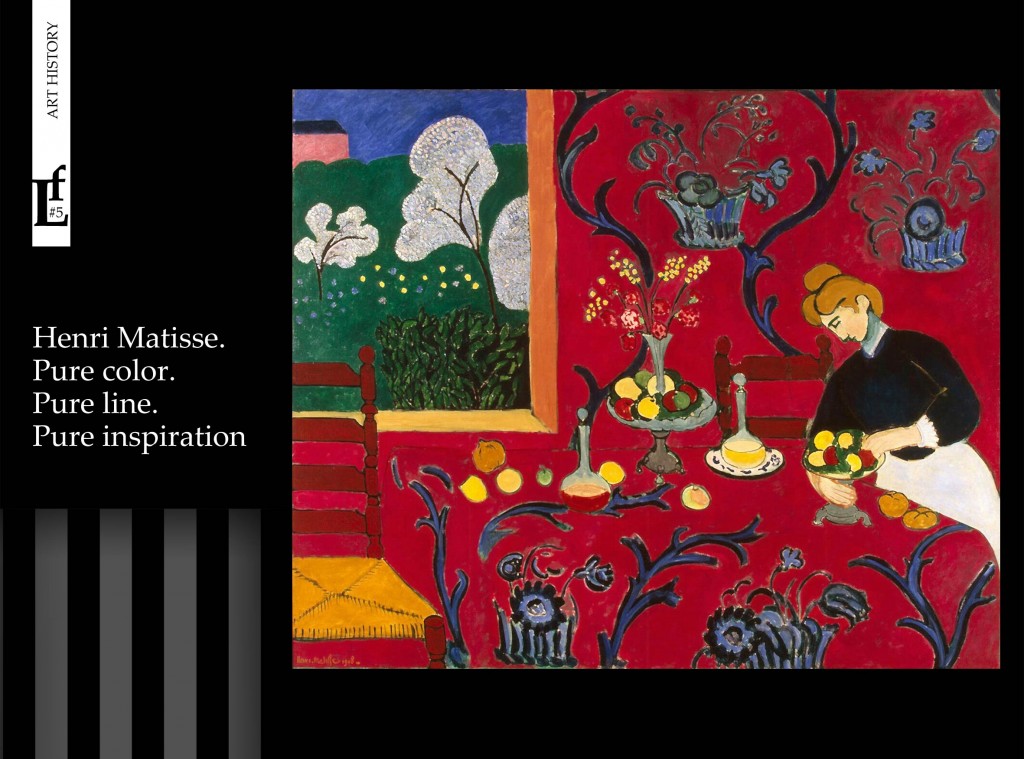 When I was a teen I attended an art school. One day we were sitting and painting a still-life. (It was some composition of fruits, ware and draped fabrics). Everything was as usual. But at one moment our teacher, who was passing by among our easels, had stopped and said to us.
– Stop your works and watch it. Then he had switch off the bulbs and something amazing was projected on the wall. It was row of diapositives of the pictures of Henri Matisse.
-Look at this pure colors, there aren’t any dirty brown tints even in the shadows.
-And now explore your works. He said after returning us to reality and turn on light in the workshop. 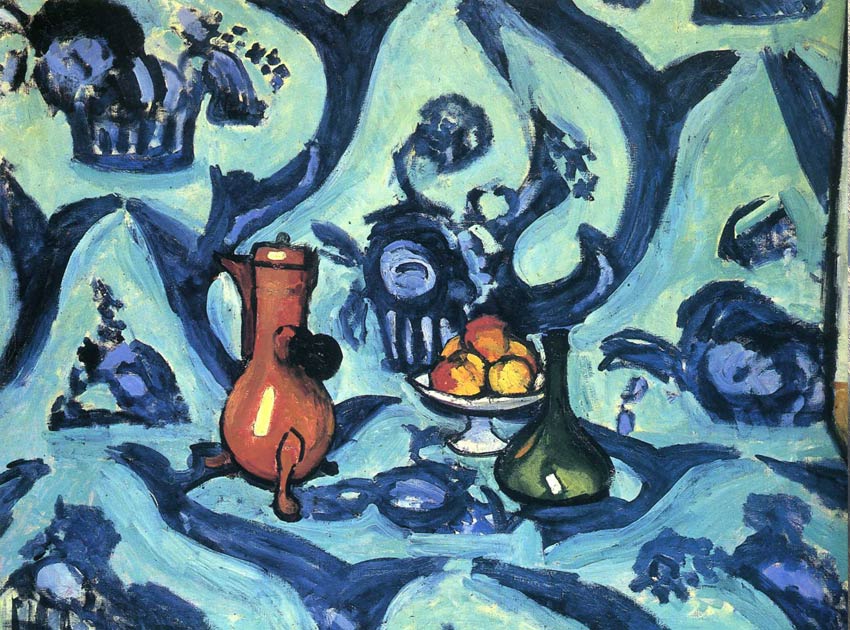 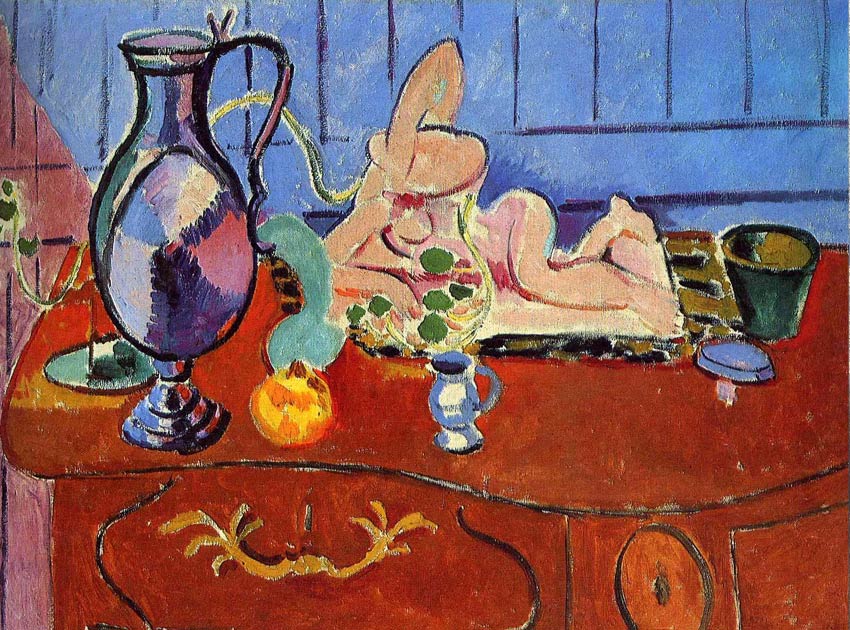 My still life seemed to me after bright colours of Matisse so poor and bleached as it would be put under sun for months or covered some layers of dust.
Some wave of inspiration covered me. I felt so strong desire to create something with bigger inner freedom with lightness. It was real uprising of my spirit. I remade it from scratch. Cold violet and ultramarine appeared in my shadow instead dark dirtiness. It was not sharp contrast. On contrary the neighborhood of pure colors gave the effect of freshness and aliveness.
It was great lesson, I could say it was the overturn in my consciousness.
So it happened my first acquaintance with this artist. 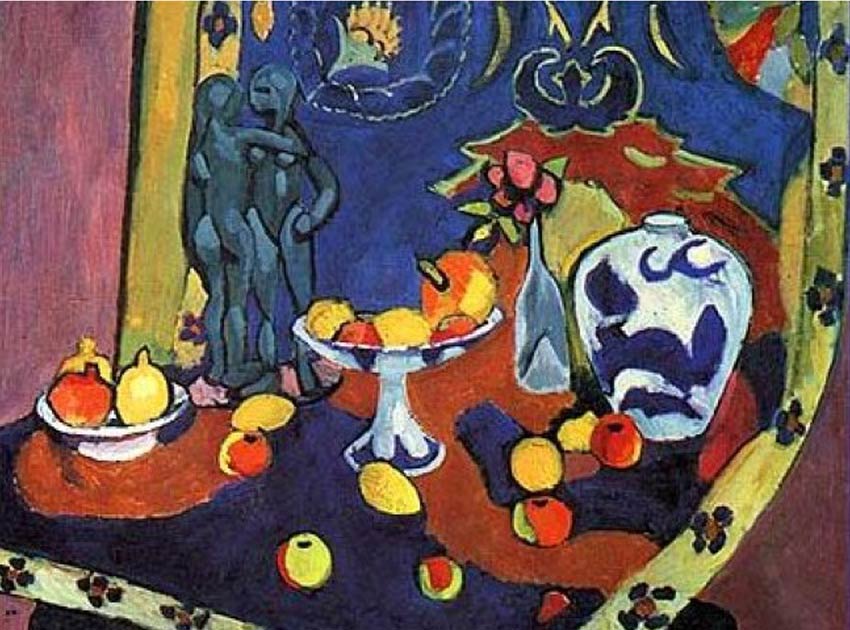 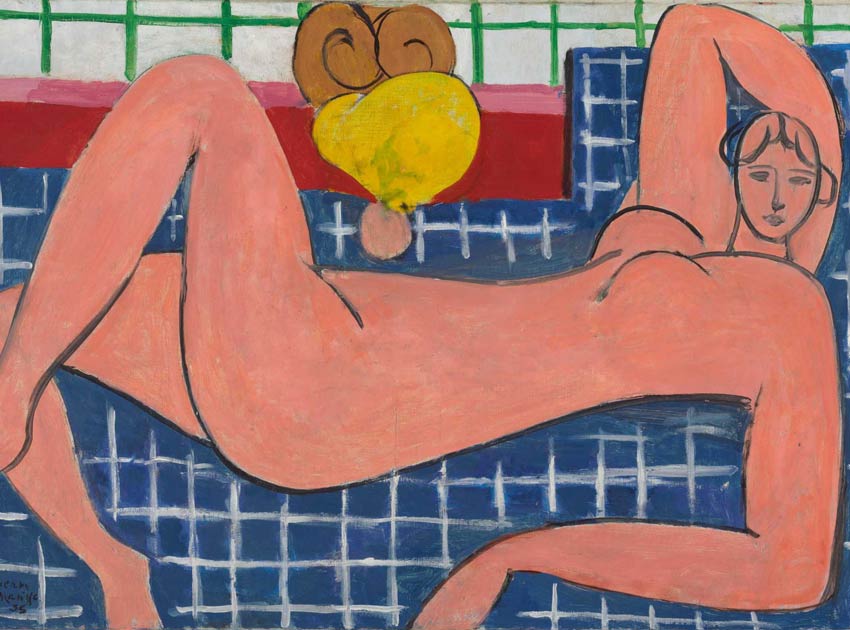 «You must first have the gift of colour just as a singer must have a voice. Without that  you cannot get anywhere». these words belong  to one of the most talented artist with great feeling of colour, to Henri Matisse». A colorist makes his present known ever in simple chorcoal drawing».

And really all works of Matisse are perceived through pure colour and line. 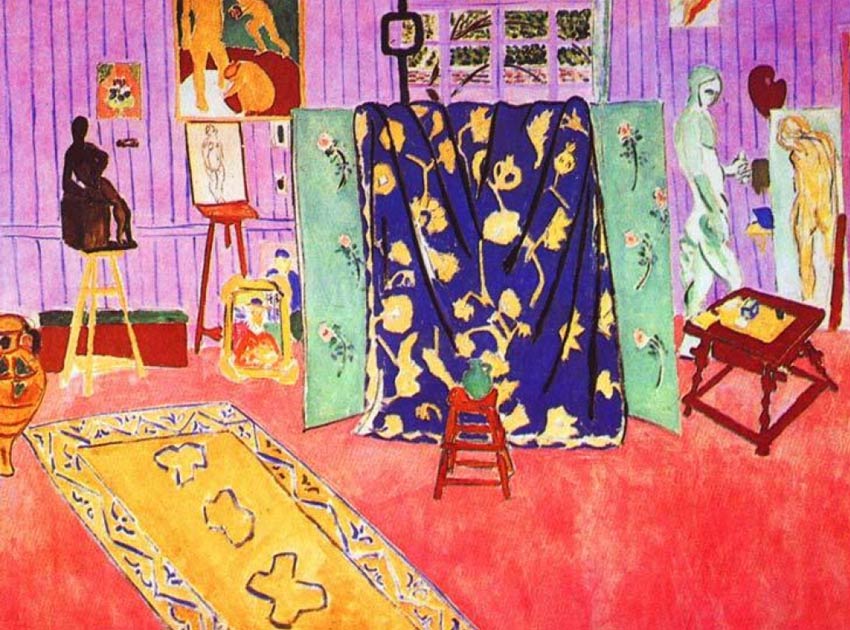 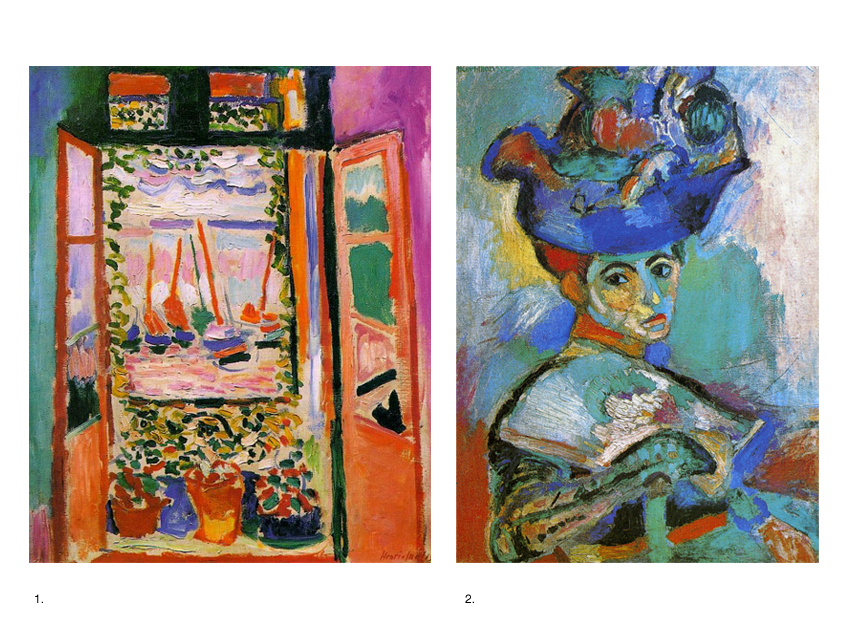 His major works Open Window and Woman with a Hat  were exhibited in the 1905 at the Salon d’Automne exhibition in Paris. In a review of the show, a contemporary art critic mentioned the bold, distorted images painted by certain artists he nicknamed «fauves», or «wild beasts». So from this insulting phrase, abandoned by one critic, the style of the group, where Matisse was the leader, came to be known as Fauvism. 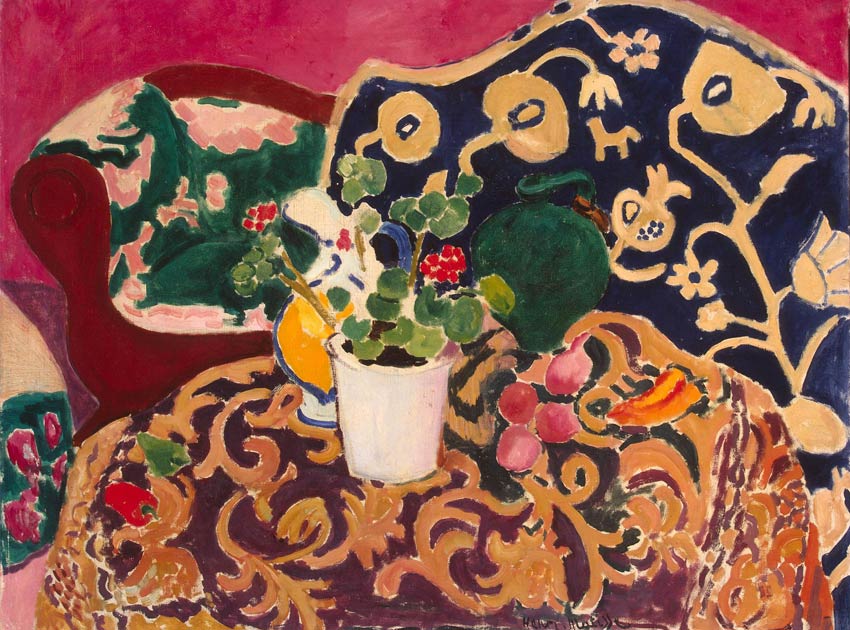 But there were people who appreciated the creativity of Matisse. At that Salon, where the most of audience spat in the side of fauvists, Gertrude and Leo Stein bought Woman with a Hat, a portrait of Madame Matisse. This picture was one of the objects for attacks. Gertrud Stein, one of Matisse’s most important future supporters, reported that people scratched at the canvases in derision. «A pot of paint has been flung in the face of the public» was the reaction by the critic Camille Mauclair. Louis Vauxcelles described the work with the historic phrase «Donatello au milieu des fauves!» (Donatello among the wild beasts), referring to a Renaissance-type sculpture that shared the room with them. His comment was printed on 17 October 1905 in Gil Blas, a daily newspaper, and passed into popular usage. Derain himself later called the Fauves’ color «sticks of dynamite». 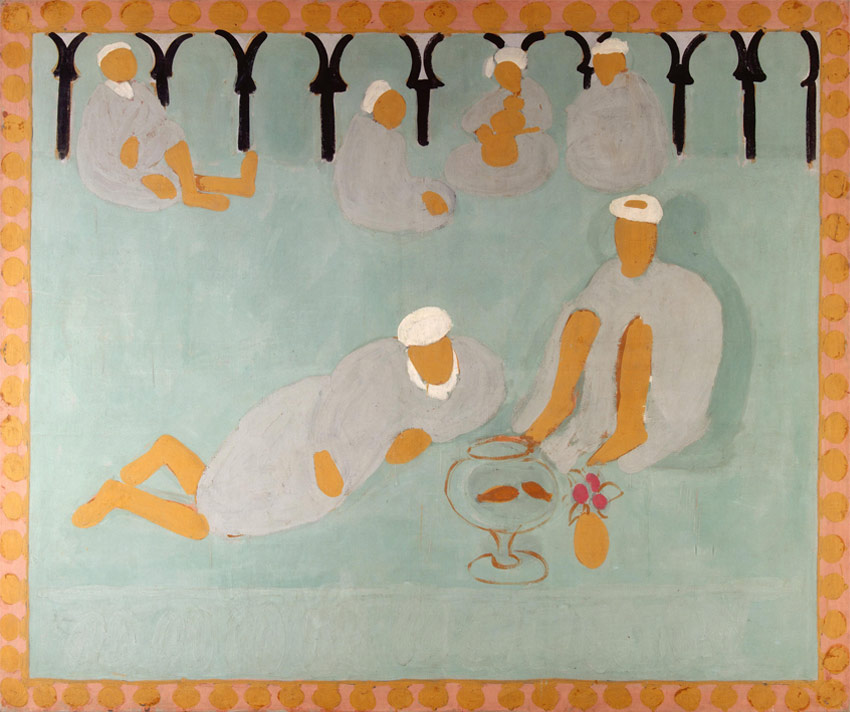 But the fact  of buying of his picture  had a very positive effect on Matisse who was suffering demoralization from the bad reception of his work. 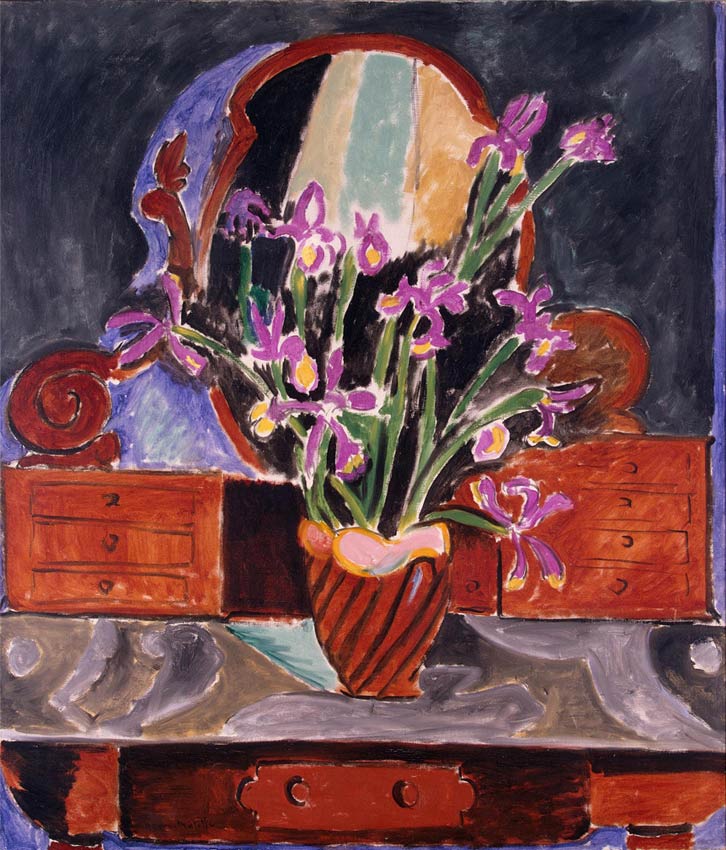 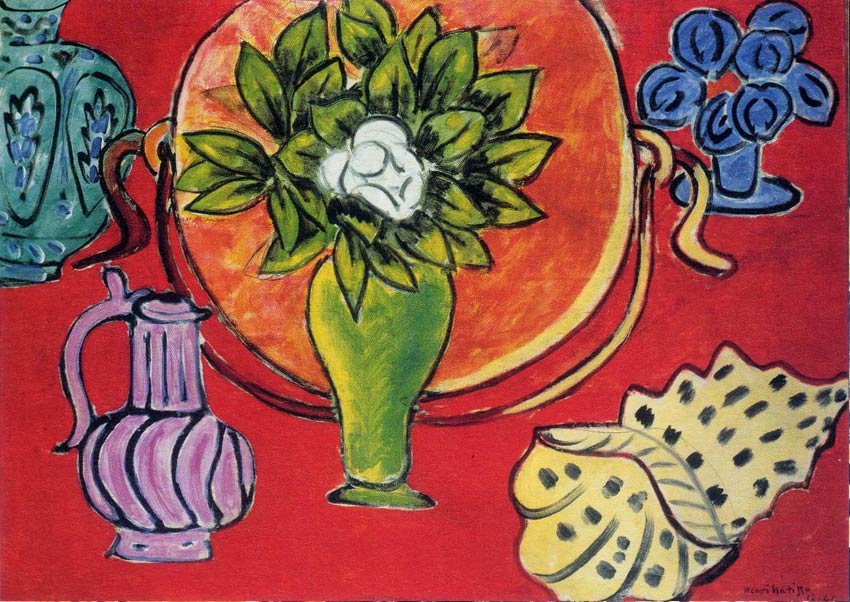 He had the admirers of his creation in Russia as well.

Two Russian art collectors stood out at the beginning of the 20th century: the merchant Sergei Shchukin (1854–1936) and the manufacturer Ivan Morozov (1871–1921). Both acquired modern French art, developed a sensibility for spotting new trends, and promoted them in Russia.

The artist created one of his major works La Danse specially for Shchukin as part of a two painting commission. Inspired by a circular dance, perhaps a sardana, performed by fishermen at Collioure, this painting embodies the clash between the sacred and reality. Human hands link together, but they form a divine spirit. Moreover, Matisse all but abandoned perspective The work ’s flatness emphasizes the idea, colors, and material, a notion that made Matisse a model for Modernists. The other painting commissioned was Music, 1909. 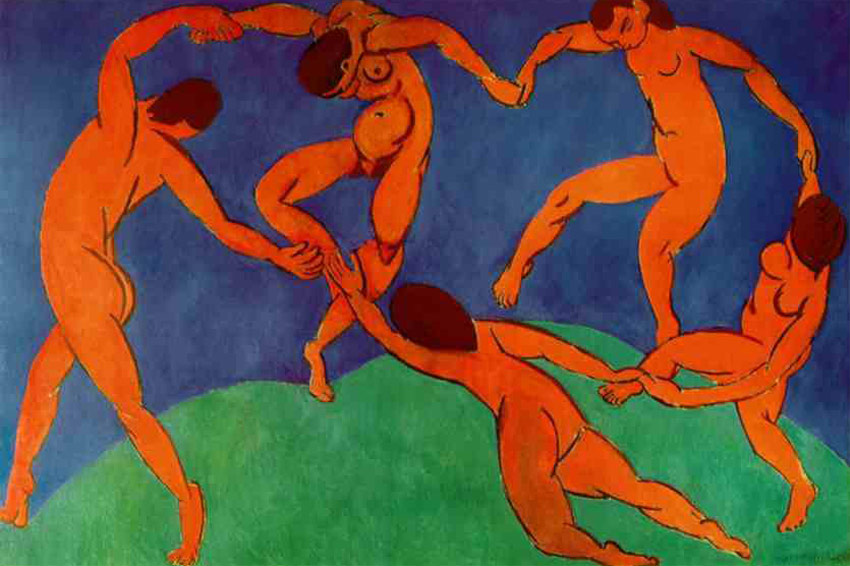 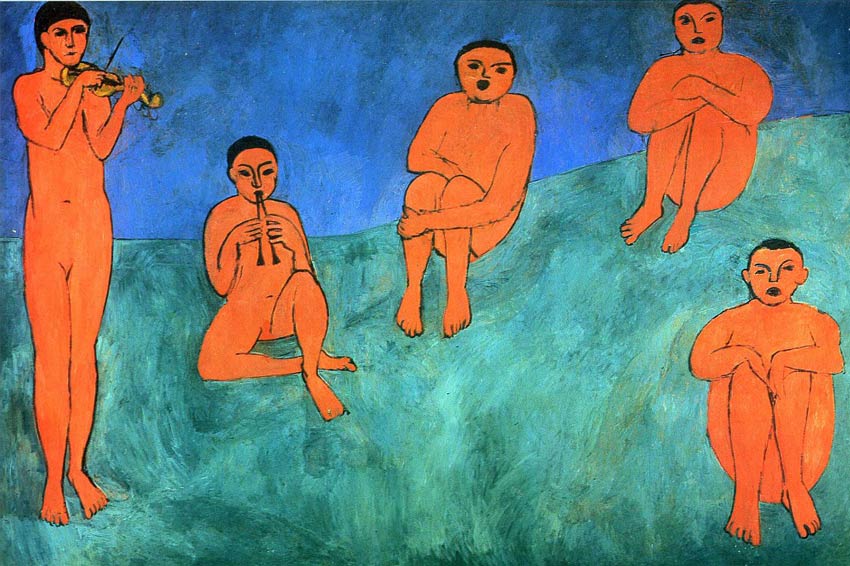 Shchukin was considered by some almost as a co-producer of some of the artist’s greatest works and was strongly commuted to the French painter’s work. Concerning the violent attacks on his friend, the Russian wrote to the artist: «The public is against you, but the future is yours». By 1914 Shchukin’s house in Moscow contained thirty-seven Matisses. «He always picked the best», the artist said. The collection is now in the Hermitage and Pushkin Museums.  So we are lucky , we can see his work in Russia through great art- instinct and taste of the russian patrons of arts of the begining of XX century.

The interesting fact, Matisse had greater popularity and acceptance of his creativity in Russia and United States than in his motherland. 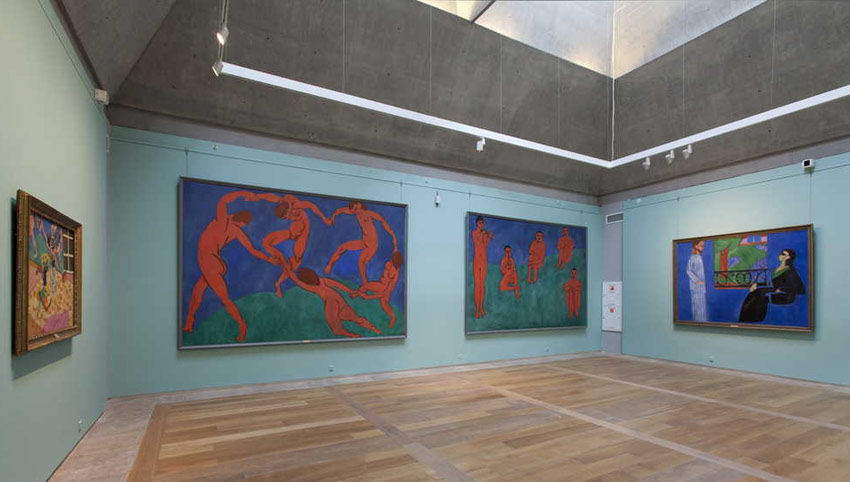 The exposition of the works of Henri Matisse in new halls. Hermitage, Saint Petersburg

The same thing happened with russian artist Leon Bakst. His works were bought willingly by french museums and collectors of art around the world, but russian connoisseurs of that time remained indifferent to him.

Alas, a prophet is not without honor except in his own country.

Portrait of Lydia Delectorskaya (the last of muse of Matisse), 1947. Hermitage, Saint Petersburg

But now, everybody knows Matisse as the great artist of XX century, and who can inspire people by his creativity, his fantastic feeling of color, his precise line till nowadays.

As it’s written in Wikipedia: 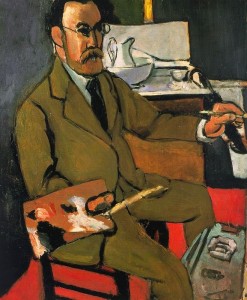 Henri-Émile-Benoît Matisse 31 December 1869 – 3 November 1954) was a French artist, known for both his use of colour and his fluid and original draughtsmanship. He was a draughtsman, printmaker, and sculptor, but is known primarily as a painter.

Matisse is commonly regarded, along with Pablo Picasso and Marcel Duchamp, as one of the three artists who helped to define the revolutionary developments in the plastic arts in the opening decades of the twentieth century, responsible for significant developments in painting and sculpture. Although he was initially labelled a fauvismfauvism (wild beast), by the 1920s he was increasingly hailed as an upholder of the classical tradition in French painting. His mastery of the expressive language of colour and drawing, displayed in a body of work spanning over a half-century, won him recognition as a leading figure in modern art.

The favorite images of childhood. The unique travelling into the world of the book «The three musketeers» with the artist I. Kuskov
Inspiration has no boundaries. Interview with artist Ryan Trombley