Open. Just open. Review of the autobiography by Andre Agassi 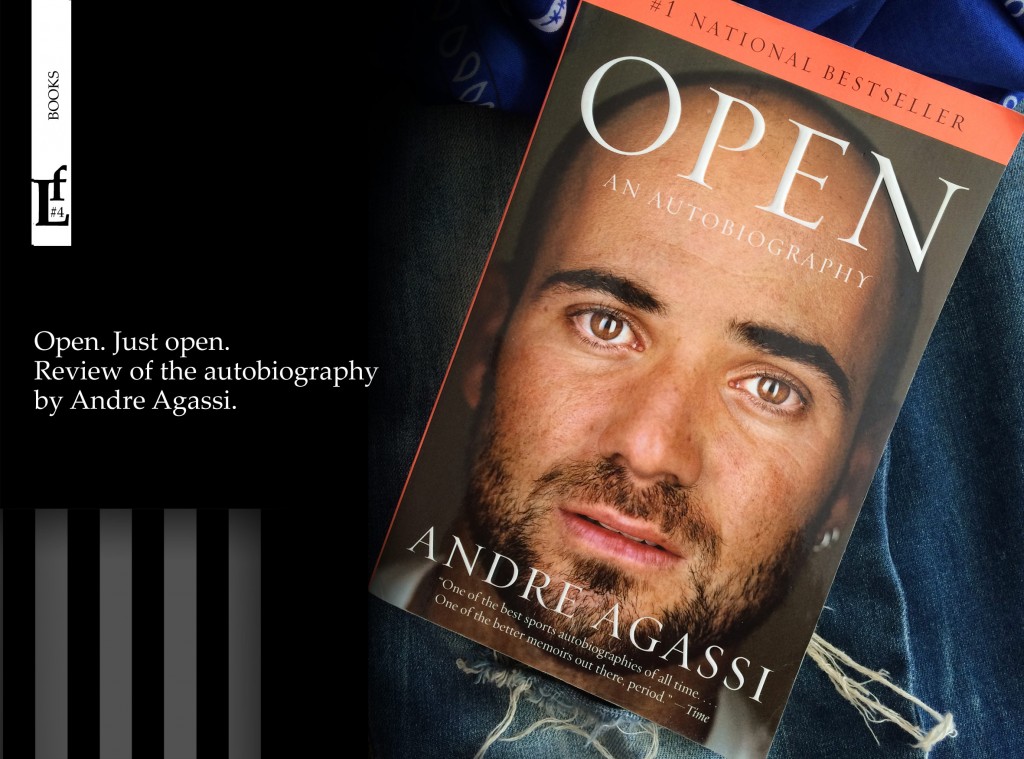 On the last day of the summer the last of the season Grand Slam tournament kicks off in New York , The United States Open Tennis Championships or US Open.

The world is divided into those who say,” so what”,  and those who love this sport, watching it,  know about every athlete everything or almost everything. In anticipation of this event, today, the last day before the tournament is impossible to ignore a very interesting overview of the publication.This is «Open», Andre Agassi’s autobiography.

These four letters carry more than just the meaning «open». There is a lot of subtext. Agassi tried to be very open in front of us in his autobiography. He shared a huge part of his life, his precious, happy and full of bitter memories as well. He admitted his mistakes, and found his way to continue life after sports career. Here, everything is open, suffering, love, play, relationships with his parents, friends, mentors and coaches.

Memories started from the last match of the career of Agassi at his favorite tournament, US Open. «Open» also the prefix to the calling of the all tennis tournaments, meaning that organizers are ready and open to invite athletes from around the world. By the way it’s one of the great feature of this unique sport. There isn’t any nationalities, only fair and open fight of rivals. Sorry for this lyrical digression, but the lovers of tennis understand me.
So, Agassi began his story from narration of dramatic match against Baghdatis and then go to the memoirs of early childhood, when his father handed to three-year old Andre the tennis racket.
And even if we believe we are good connoisseurs of tennis, one can see only one side. The book gives a glimpse into the open door of the inner world of talented, controversial sportsman and extraordinary personality.
The book is not new (published in 2009), there was much has been written about it and were loud arguments about frank confession of Agassi. Some thought he defamed and caused harm to the reputation of tennis as a pure sport, others were on his side and applauded the man admitted his mistakes and who has decided to tell the world about it openly.
Being open and whether to be open until the end, that is the question.
So let’s just OPEN the book.
books
Agassi, autobiography, books, life, lifestyle, review, sport, sportsman, tennis