Would you like to feel power of the beast? The art of Chukotka. 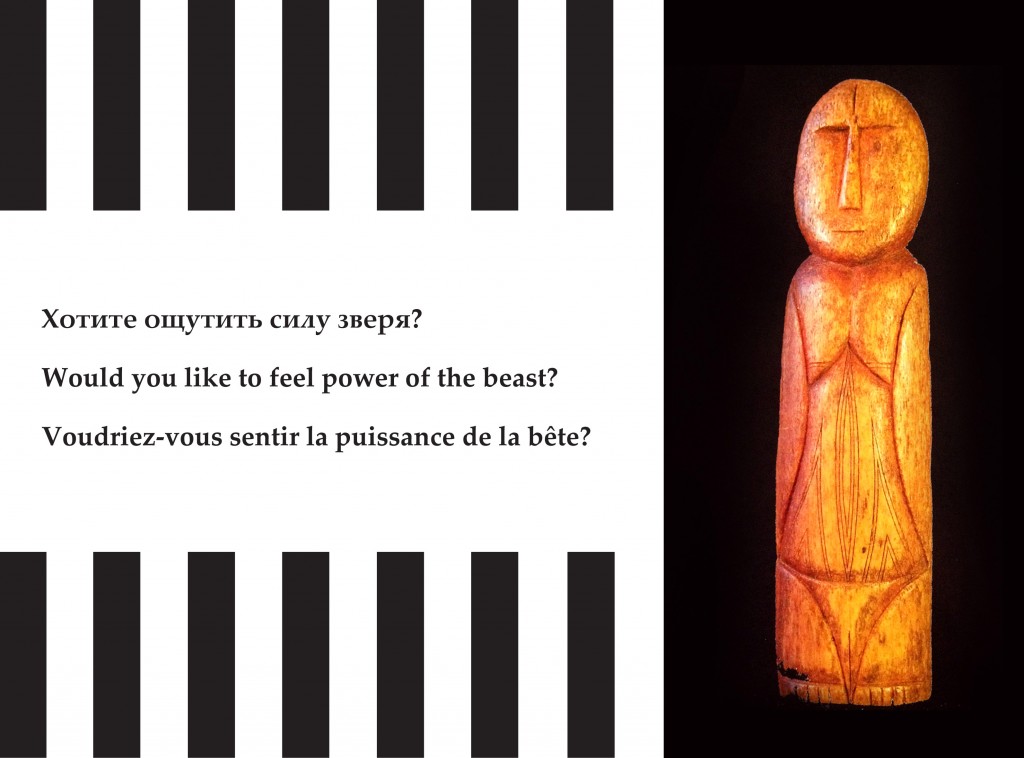 If you want to find yourself at the dawn of our civilization, and feel united with the world around yourself? If you have strong desire to perceive harmony and understanding how and where our ancestors scooped their energy? Yes? Then, let’s make the acquaintance of our guide of another era. This is the Elena Reisnas, the artist from Saint Petersburg. 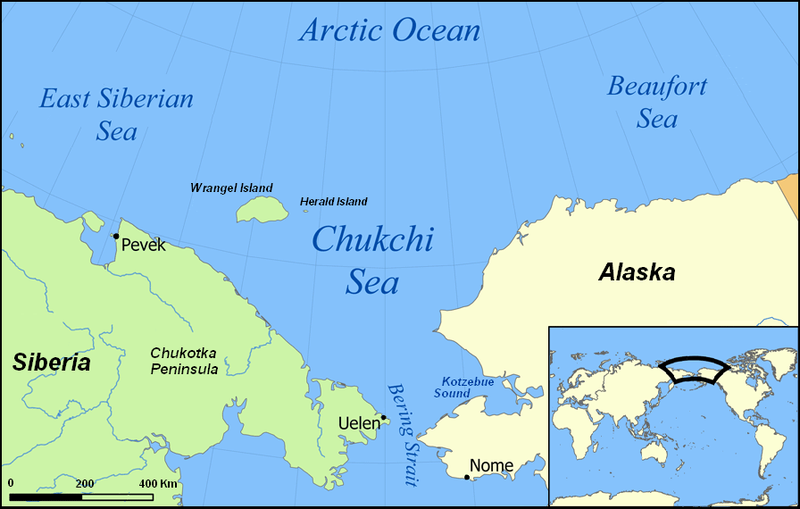 Elena was born in Chukotka, where thousands of years ago appeared the art of ivory carving. She continues and develops the art legacy of her homeland,organically combining the ancient traditions of carving craftsmanship with modern artistic vision. 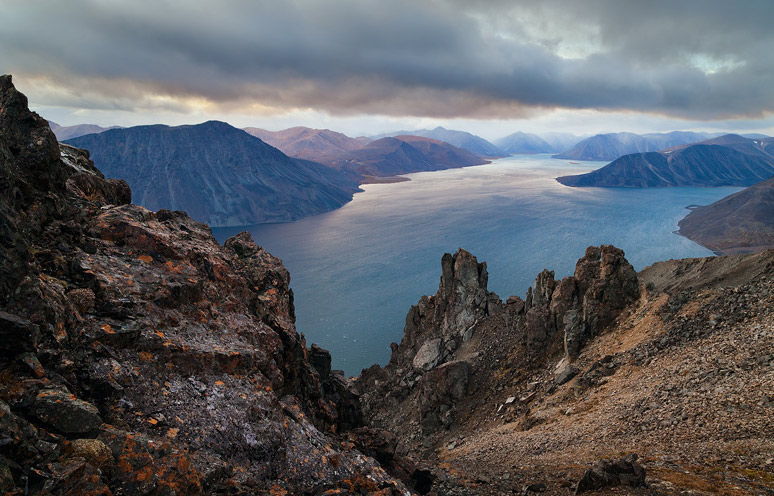 First people came to Chukotka 20-25 thousand years ago. They were hunters of mammoths, bisons, reindeer. In those  far  days Chukotka and Alaska united by the vast isthmus – Beringia. So by that way the ancestors of Indians crossed from Asia to America and settled there. However, about 10-12 thousand years ago Beringia was flooded with water.  And the sea separated Asia from America.

All the magical-religious views of residents of the Far North have been associated with marine animals, because people’s lives depended of them. A special place in the worldview of the coastal inhabitants took walrus tusk. The worship to it – is not just art and creativity, it is a whole philosophy. There were the amulets, talismans, images guardian spirits of the hearth made of canines. 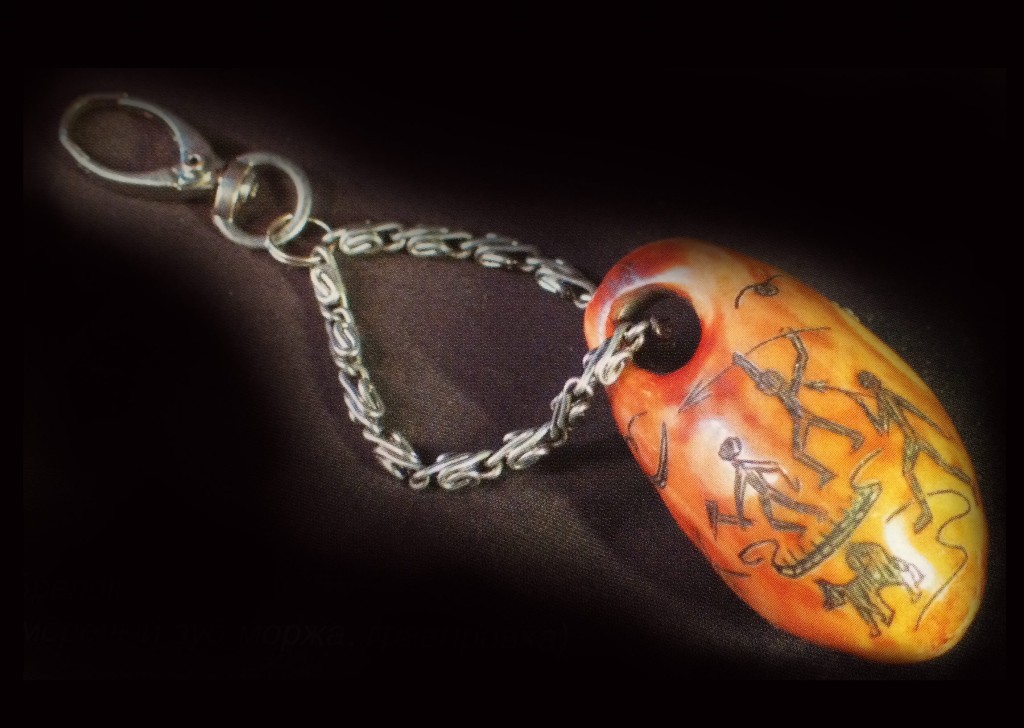 The Keychain made of stained tooth of the walrus. It was found on the coast of the Bering Strait about the 1st century AD. The shape and structure of the teeth indicate that it belongs to the objects of weapons used by coastal Chukchi and Eskimos in the hunt for birds. Usually 5-6 of teeth were strapped into one bundle and were fastened to a long narrow leather belt. Then the hunter had thrown up this bundle in a flock of birds were flying past, knocking them in the air. 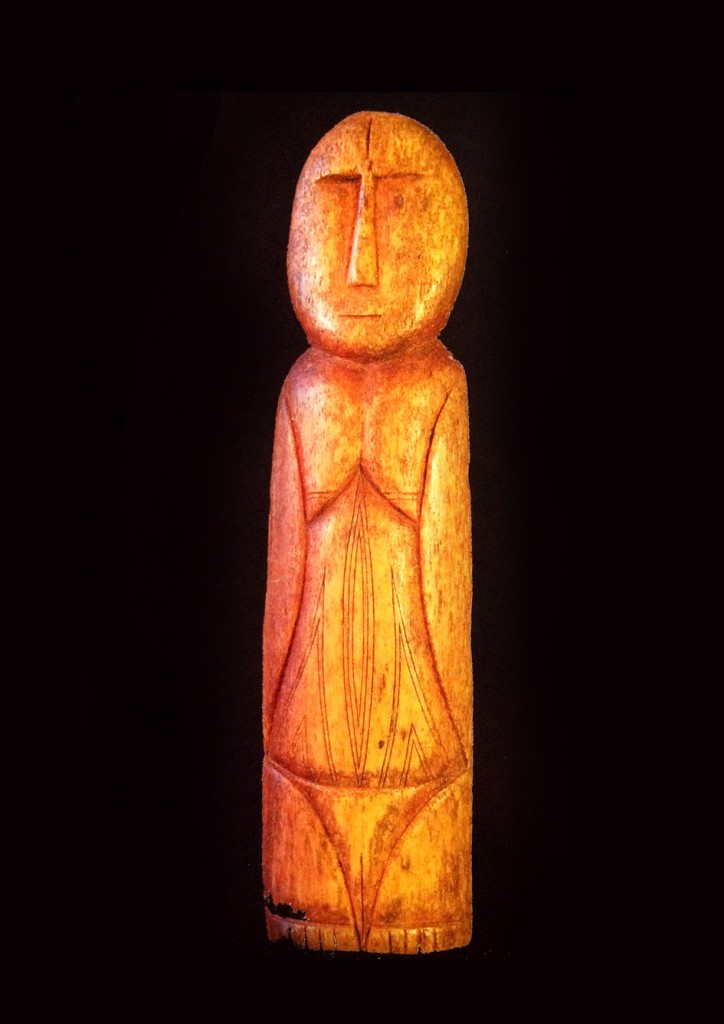 The guardian of the hearth – one of the major gods of the pagan peoples of the North. He brings home the warmth, comfort and well-being. But more important, it keeps the fire in the house, since its absence in the Far North is death. Since ancient times, this symbol is the embodiment of the saint patron of the house. And before the revolution his statue was presented in every dwelling of the Chukchi and Eskimos in the place of honor, as well as the icons in the houses of Slavs.

The phallic cult is peculiar culture of the peoples of the Arctic coast and the northern peoples of Russia, found a reflection in the art image of the Guardian of the hearth, it is also a symbol of marital happiness.

Sometimes the indigenous population to use fossilized walrus penis (Baculum) for handicrafts, souvenirs, and other artistic purposes  and as one of the main objects of worship – shamans beat the tambourine with a stick, made of walrus baculum. It is also an amulet, which should increase the potency and enhance male power.

Walrus – the only animal that has the penis’s bone. The  habitat area of this animals is cold sea. And only blood’s flow  for activity of this organ  is not enough . The penis is located inside the body of the animal and during mating pushed out by muscles. Most of the love’s games take place in the turbulent water and they break often, but heal themselves  in 2-3 days. 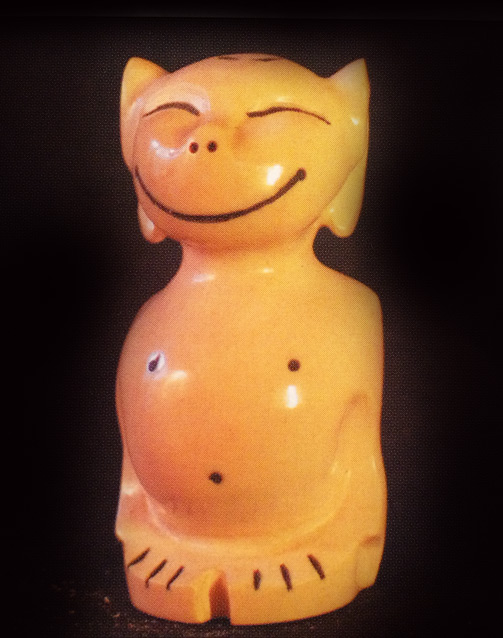 Peliken – the god of happiness, good mood, joy and fun. The Statuette of small cheerful man, speaks for itself – the full self-content. There are several stories told about the origin of the image of Peliken.

Here is one of them. In one village a master-carver had an apprentice, an orphan- boy. In those days a figure of Peliken depicted as a little, austere and gloomy god. Once, in the absence of a mentor, a boy, in spite of the fact that only master carver had the right to produce pelikens, cut the man, giving him a cheerful and funny features. When he returned, the master was horrified and immediately reported the incident of the village council of elders. 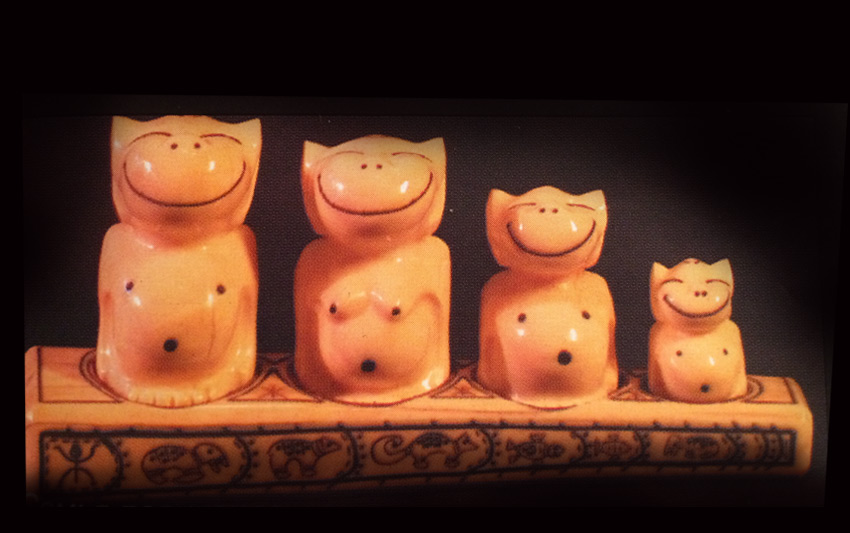 The sentence was harsh – exile. Noone dared to touch the merry Peliken, which made the boy, and the whole village was waiting with horror the terrible misery of the unprecedented breach of the custom. Time passed. And people saw that there were the luck in hunting, fishing in the sea, they smiled  more likely to and enjoyed life. Then the council of elders decided to find and return the exile, because owing to him  such changes have occurred. The boy was found. He became a respected man and since that time  depictions of pelikens got a smiling cheerful face.

The second version tells us that the prototype of the peliken was a creature  taught the ancient people of the North to make fire, build houses, hunt for sea animals and in tundra.

The mask-talisman with magical ball, in the tradition of the ancient Bering Sea culture (whale vertebrae, walrus tusk, the rib of a whale). The Artist E. Resnays.

The dedicated people only could make amulets. They were particularly respected and revered by relatives. Creating an amulets or talismans required the masters of the spiritual integrity and moral purity and concentration. Sometimes it happened that after the production of the amulet-talisman master needed some time to recuperate. Such amulets were considered very powerful.

As a rule, they depicted animals, appropriated to the nature and inclination of a person, whose this amulet was intended. For example,  an amulet with an image of a bear increased in human virtue, prudence, cunning, endurance inherent to the beast.

What animal would you like to choose for borrowing its force?

«Roaring» 20s of XX century. The History of Costume.
The ode to the red color.