«Roaring» 20s of XX century. The History of Costume. 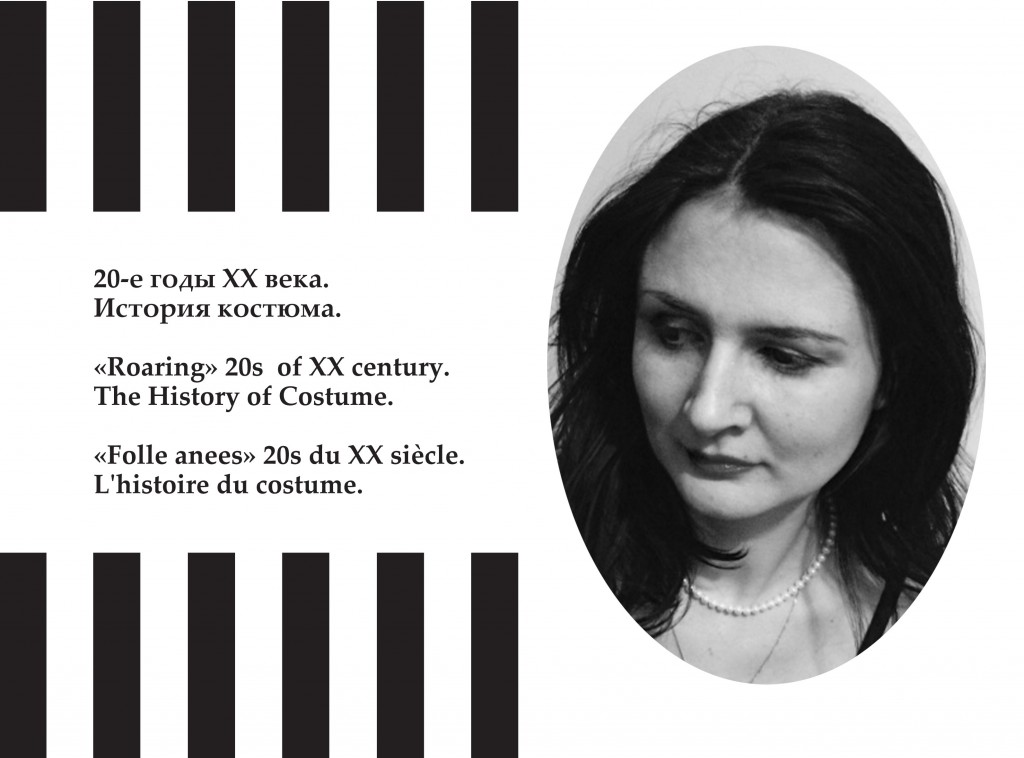 This was a short period of time, it is literally only one decade, it remains in the memory of generations as the «golden» and «crazy» years of the XX century. There were so many discoveries, disorders, radical changes in all spheres of society, the history of mankind has never seen. It was the time of excitement, lust for life. It was romantic and vicious, full of dramatic illusions and escape from reality. But at the same time, this time had a lot of innovations, challenges, and searching of inner freedom. 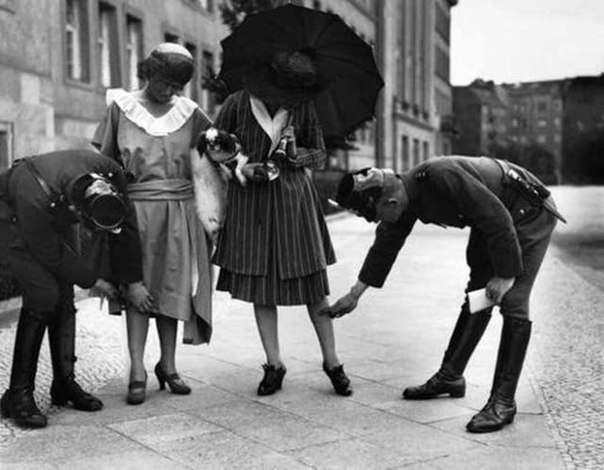 The police check the length of  girl’s skirts on the streets of Berlin, 1922

This whole tangle of contradictions reflected in the social order, and of course in the fashion’s trends. This time was breakthrough for women. During the war, many of them worked instead of men, and as rule, they wore comfortable clothes. Crinolines and flounces were forgotten.The length of skirts became shorter. Trousers got a new element of women’s clothing. Avant-garde movement in art, architecture, Bauhaus manifesto and synthesis of the arts affected the appearance of the ladies of those years. The functionality and precise geometry dominated in the fashion. It applied a style, in general, dresses, hairstyles, hats, drawings of fabrics obeyed by precise lines.The desire for pure forms, as well as to futurism felt in every detail. 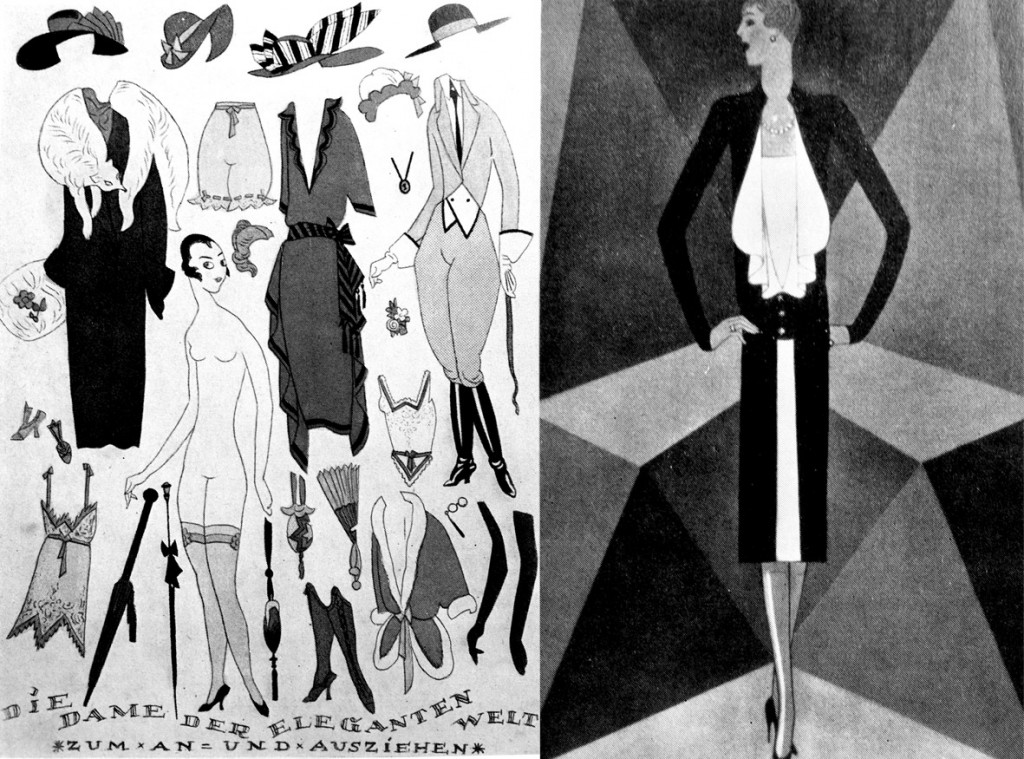 A woman of that epoch was almost a teenager. Short hair, thinness, which emphasizes the low waistline, visually the bodice was lengthen. There were shifts of the emphasis to the shoulders emphasis in the jackets and coats to create a silhouette demi-girl, demi-boy. This style even was named «garcon» . The archaeological excavations in Egypt were also reflected in the fashionable direction. The ancient Egyptian motifs appeared in skirts-plisse, jewelry and headdresses. 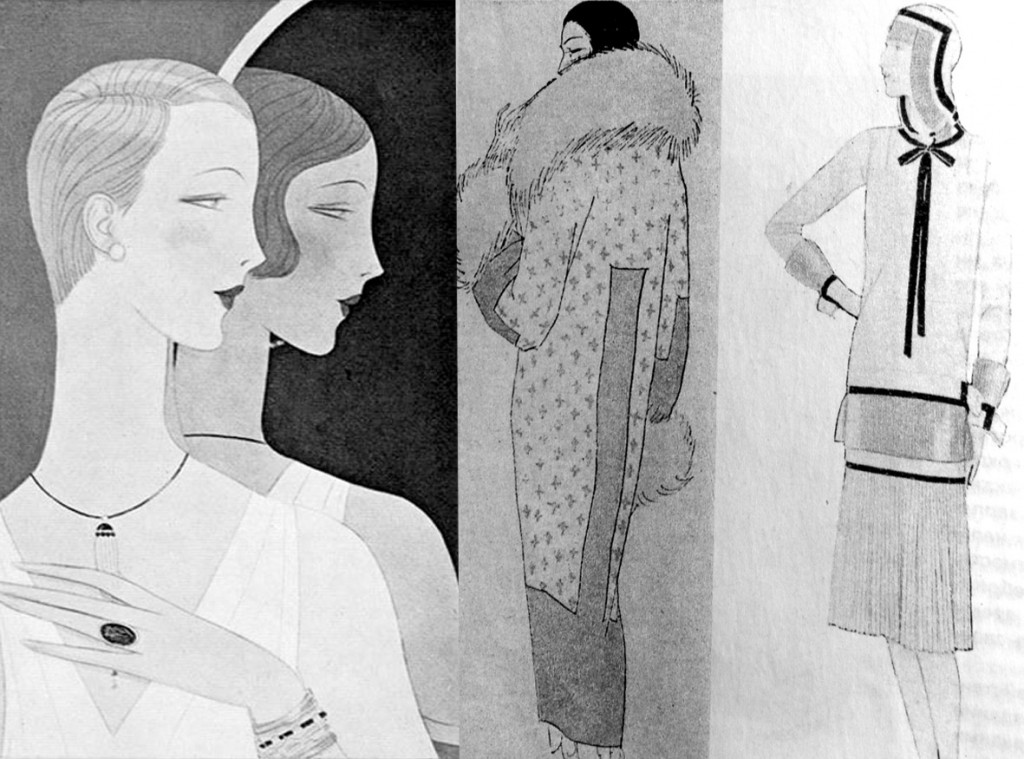 Illustrations from the magazine Vogue, 1926

А woman-boy was actively engaged in sports, she had an active social life. Therefore women’s sportswear was experiencing a boom. There were sports sweaters, ski suits, golf, tennis, even swimsuits. 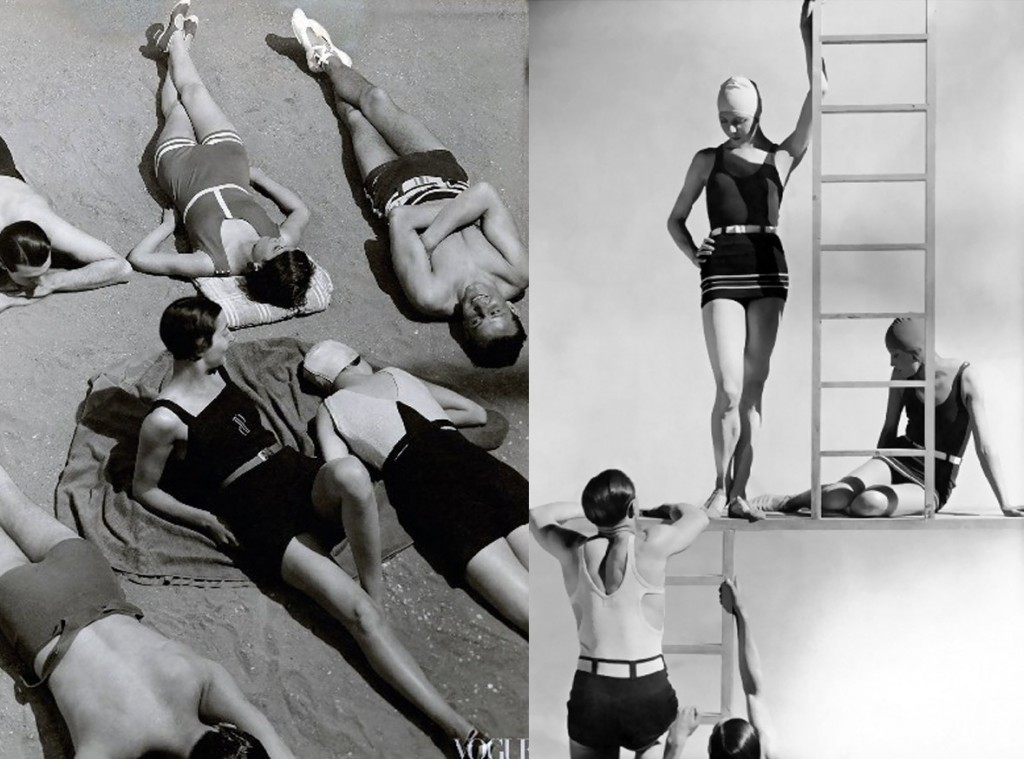 Photos for Vogue by George Hoyningen-Huene. the end of 1920s

At the same time, light industry had made great progress. Knitwear, this stuff should have appeared namely then on a massive scale. it had the best features  to match the fasion of the times. And, of course, stockings, now they were made of silk (rayon) and skin’s color. They were cheap and readily available.It was just a breakthrough in women’s fashion – open legs in transparent stockings and elegant sharp-nosed shoes. 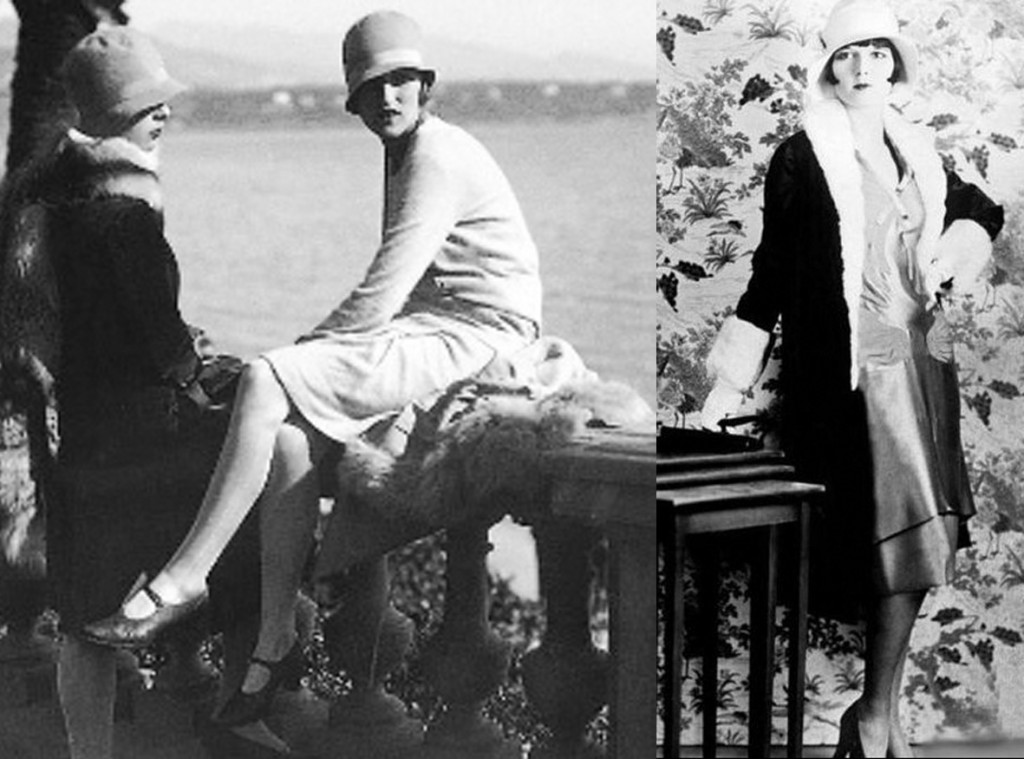 A woman of 1920’s was an athlete, a worker, an active member of civil society organizations in a day. In the evening she was a vamp. Her dress made of fine, flowing fabrics, narrow straps, with a deep cut on his back, with belt tied on her hips, which created beautiful draperies. Later folds became more complex and asymmetric. The image was completed by the bijoux that was put on stream  and therefore was available for many women. Long strands of artificial pearls that were visually stretched silhouette. These beads were one of the most popular accessories. Wide-brimmed hats or caps-bells were put on head deeply, completely hiding the hair, gave the image of a woman of mystery. 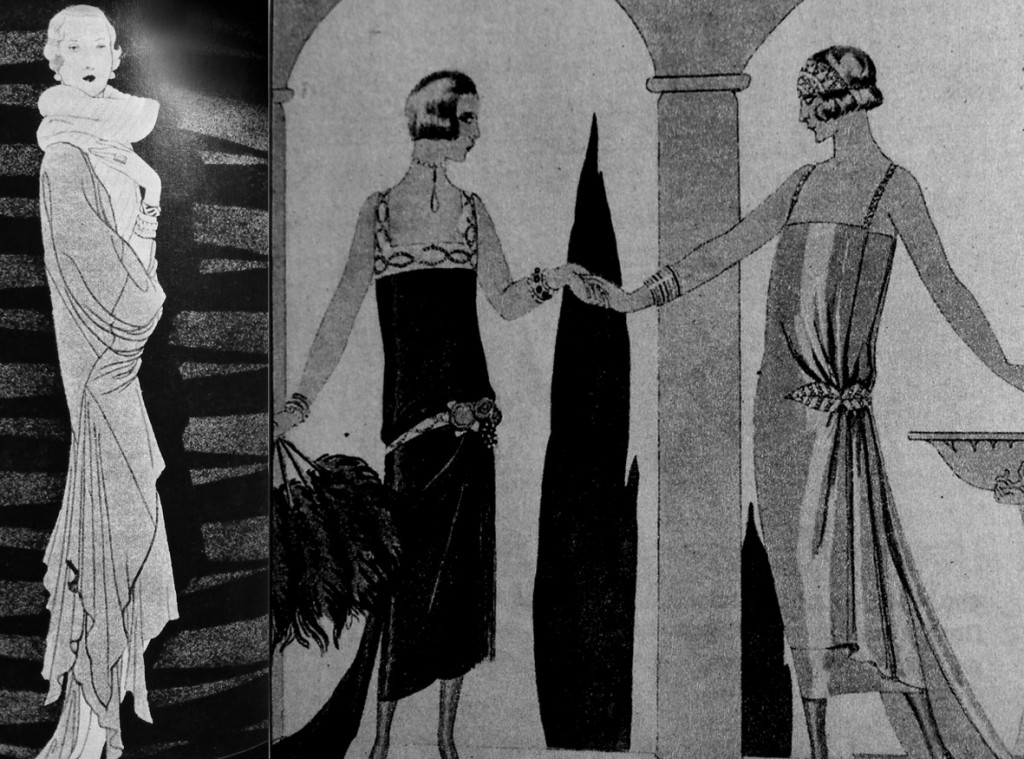 Trends of the makeup were influenced by cinema, sharply accented eyebrows, half-closed eyes, emphasized with dark shadows, a small mouth with brightly painted lips. It only remained to complete this image by a long cigarette holder. And the woman was ready for mad nightlife, theater, dance, jazz, endless fun and distractions from her serious problems of the time.

Female shape reflected the madness and contradiction of the time. Mystery, languor, sensuality, fragility, bordered with unprecedented candor. It was difficult to  keep this balance, and not slip into vulgarity. Вut, who found this thin edge became  the style icons of 1920s. 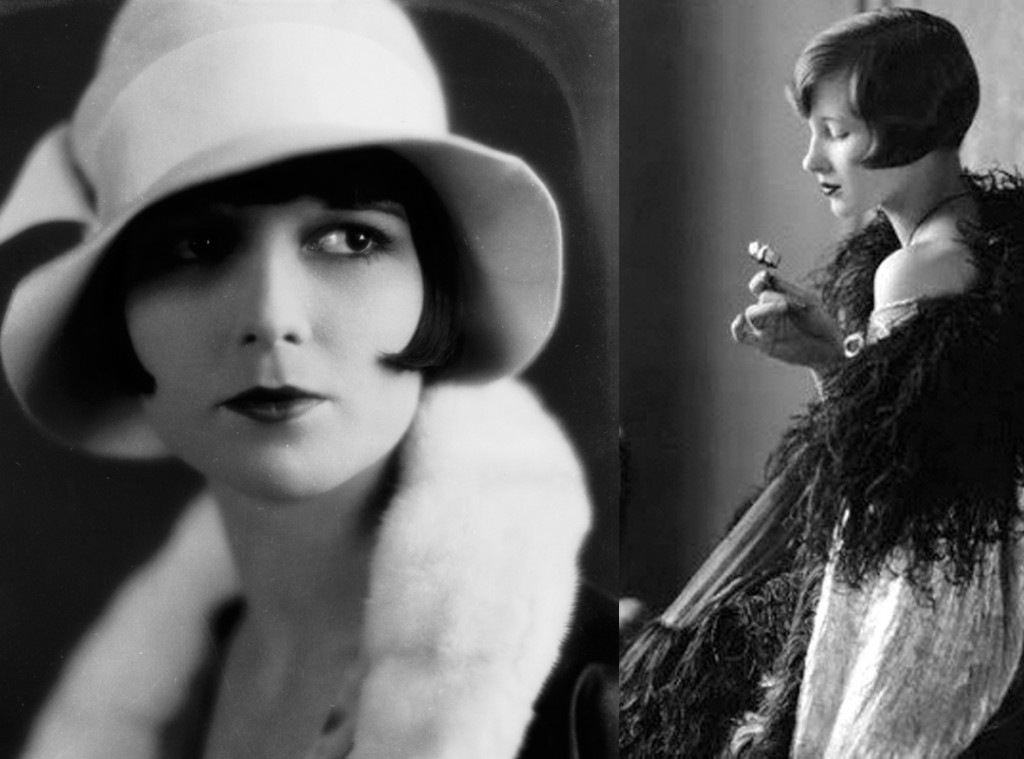 Russia had its own way in that time . The history of the 20s were marked by the adoption of the New Economic Policy (NEP) of the ruling Communist Party. After WWI, revolution and civil war, the economy of the vast country laid in ruins.To revive it, it was decided to withdraw from the policy of «war communism» . It was allowed to small business, free trade and wage labor. These measures had borne fruit. Hunger and devastation retreated. Clothing manufacture gained momentum. It had become widespread. Women of the new Russia were no more revolutioner in red headscarf. They wanted to be beautiful, elegant. 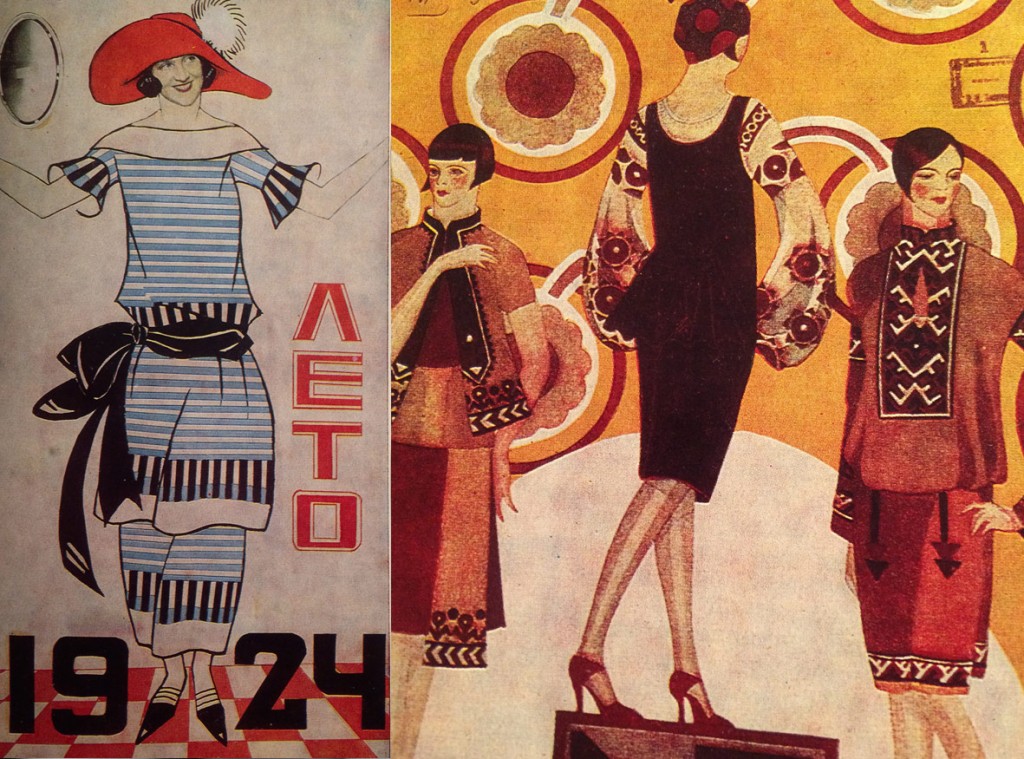 Some talented designers were behind the emergence of Russian costume 20s. Lamanova, Mukhina, Rodchenko and Exter. In 1925 they were invited to the World Exhibition in Paris. There, they won highest award «Grand Prix» for «costume based on folk art». 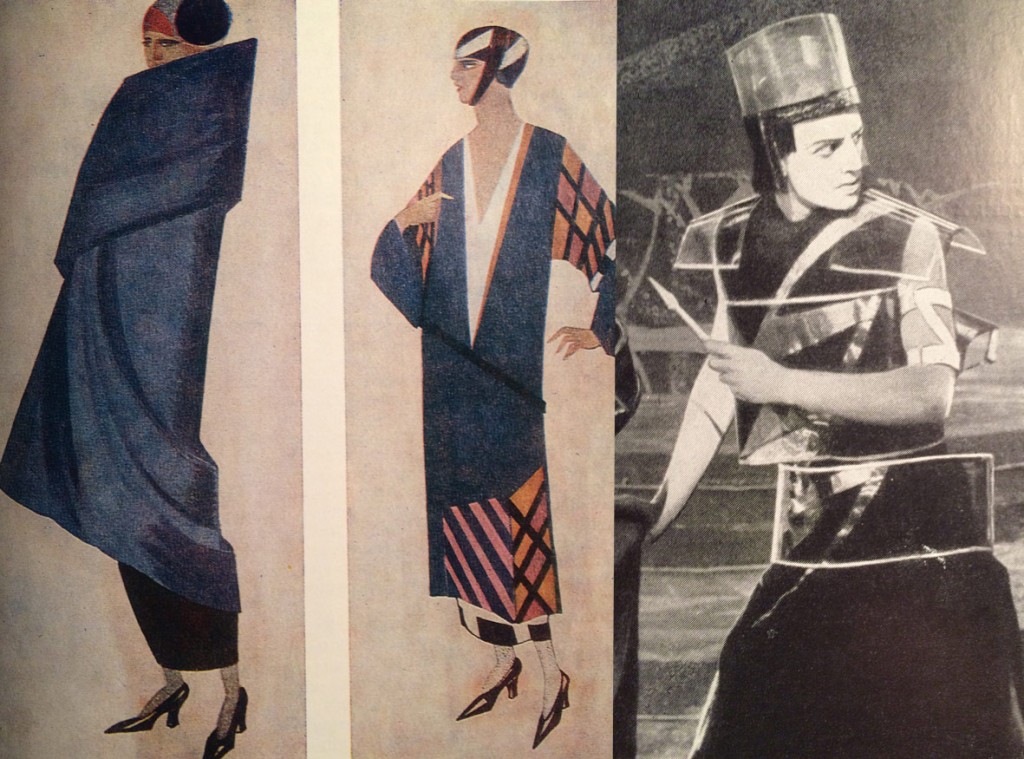 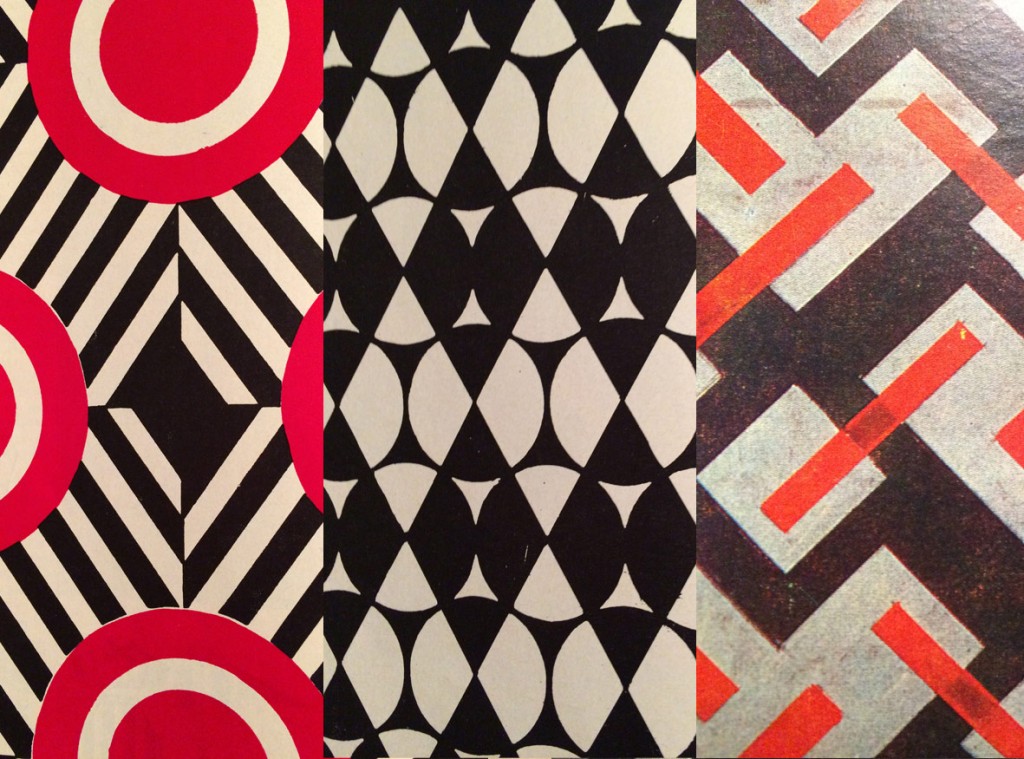 The samples of patterns of fabric. 1920s. 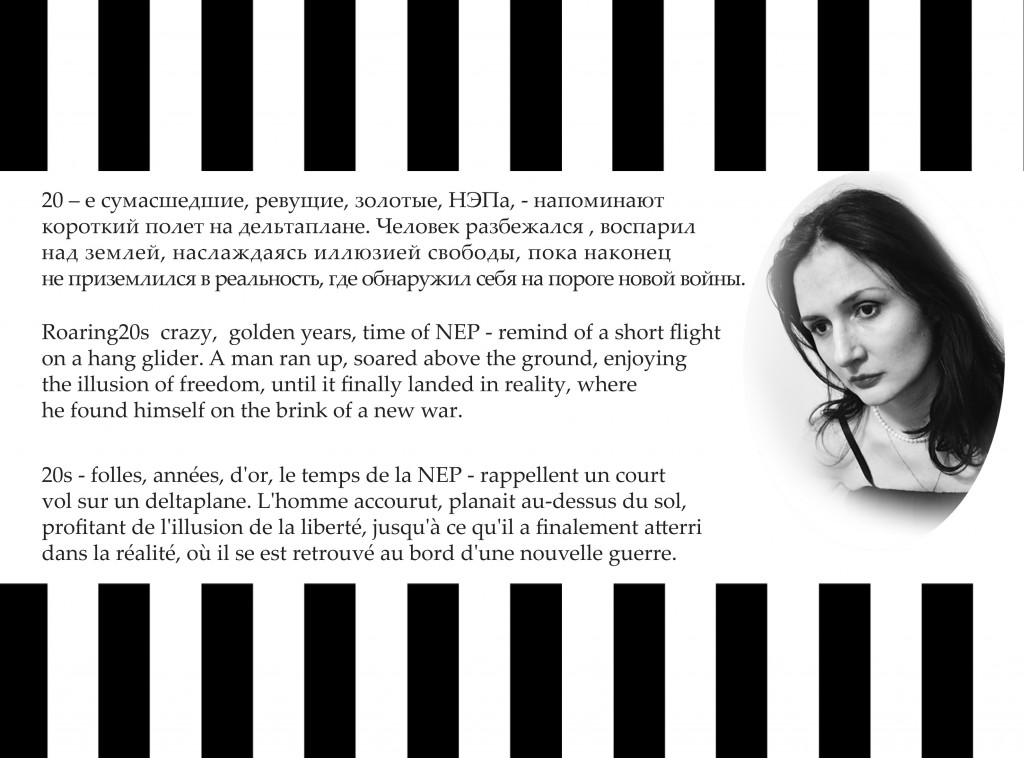 The Jewelry Art of the Ancient Egypt.
Would you like to feel power of the beast? The art of Chukotka.