Sensuality and expression of the polish poster 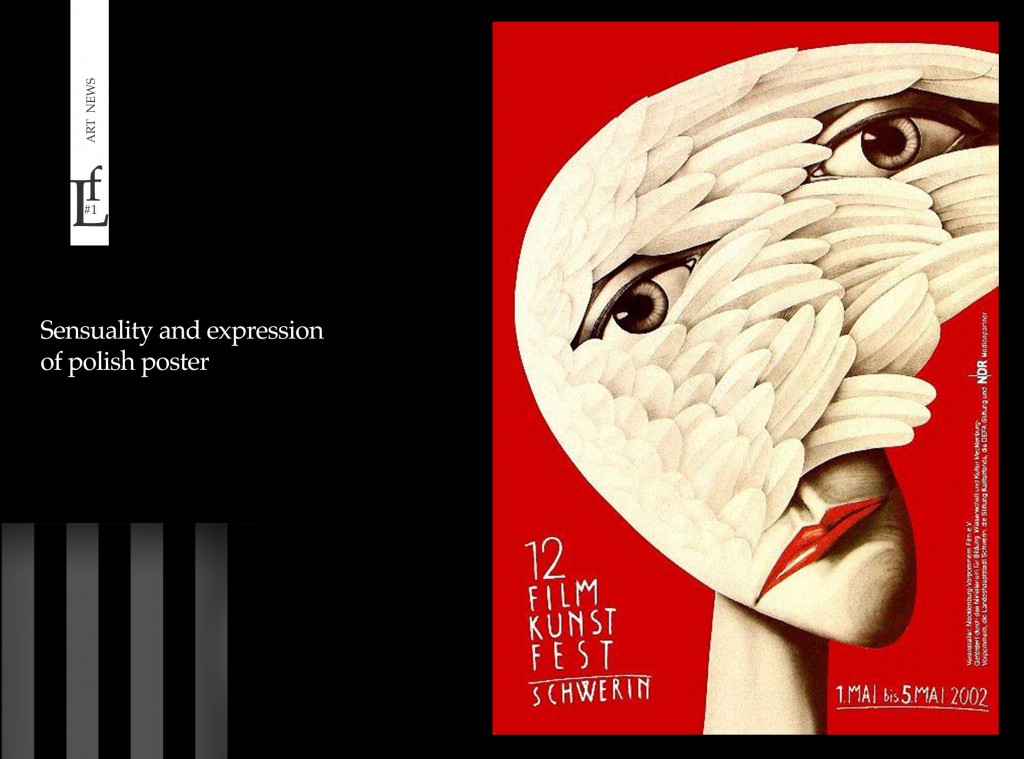 A Polish poster is not even exactly a poster, and not as something utilitarian, advertising or propaganda.  In Polish culture, and now in world culture,it is a part of art, closely associated with theater and cinema.  Namely, with these artworks begin the bewitching path of the viewer to stage action. 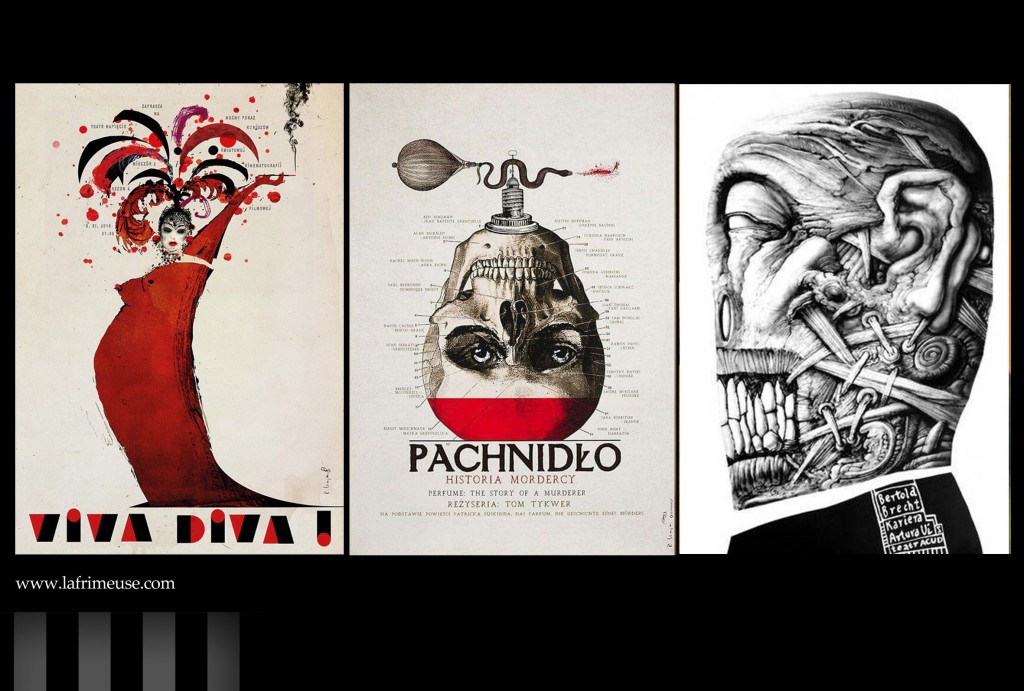 The poster became a phenomenon also called the “Polish school of the poster”.

Polish poster is interesting, extensive topic, delving into which, you understand that it is rather difficult to put all its history, representatives and influence on the visual arts into one article.  There are so many contradictions, first of all, to their own sources.  The origin of the Polish school took place under the conditions of socialist realism, but at the same time, Polish poster artists ridiculed it in every possible way. 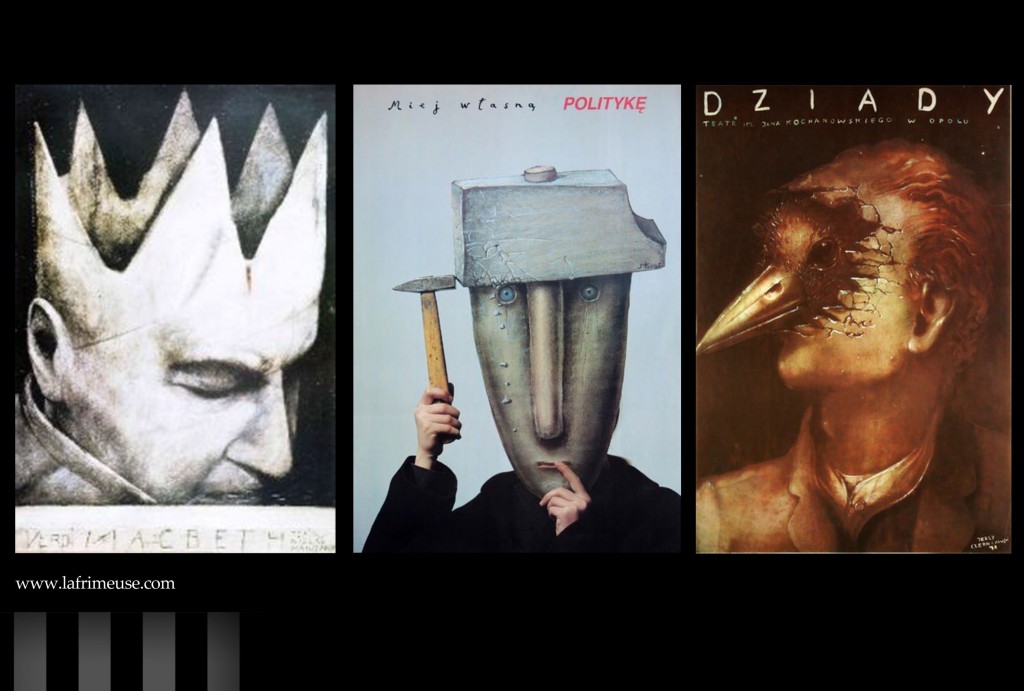 The poster, within the framework of its genre, combined the graphicity with  a painting, metaphor with hyperbolicity and surrealistic motives.  But the generally accepted concept of a commercial poster was boldly pushed into the background, bringing forward the idea and its original embodiment.  There is no doubt that the Polish School of Poster, which originated in the 50s of the XX century, influenced the formation and development of graphic design.  The energy and expression of its messages do not leave anyone indifferent, they “turn the soul over” and “blow up the brain.” 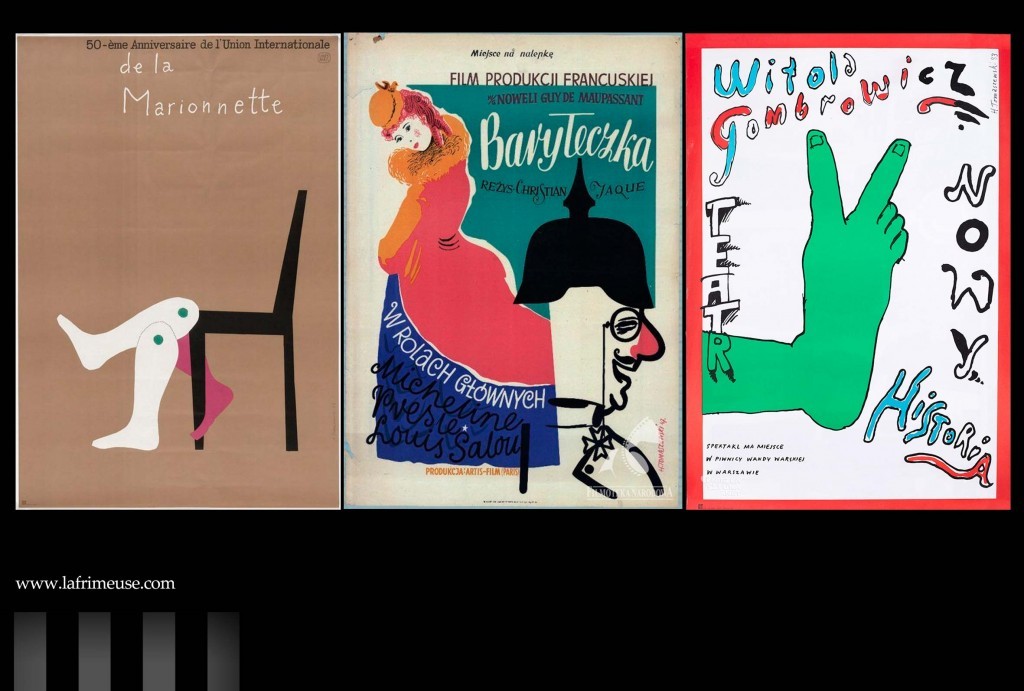 Henryk Tomaszewski (1914-2005) is considered the founder of the Polish school of poster.  At the International Film Poster Exhibition in Vienna in 1948, he received five first prizes at once.

After the war, he and Erik Lipinski received permanent orders to create posters for the Polish film industry.

These works broke the conventional wisdom in poster aesthetics.  Traditional movie stills have been replaced with abstract imagery, along with expressive typography.  And this was a new decision – it was the beginning of the Polish school of poster, which still inspires artists and graphic designers not only in Poland, it became a global phenomenon and took its place in the history of graphic design. 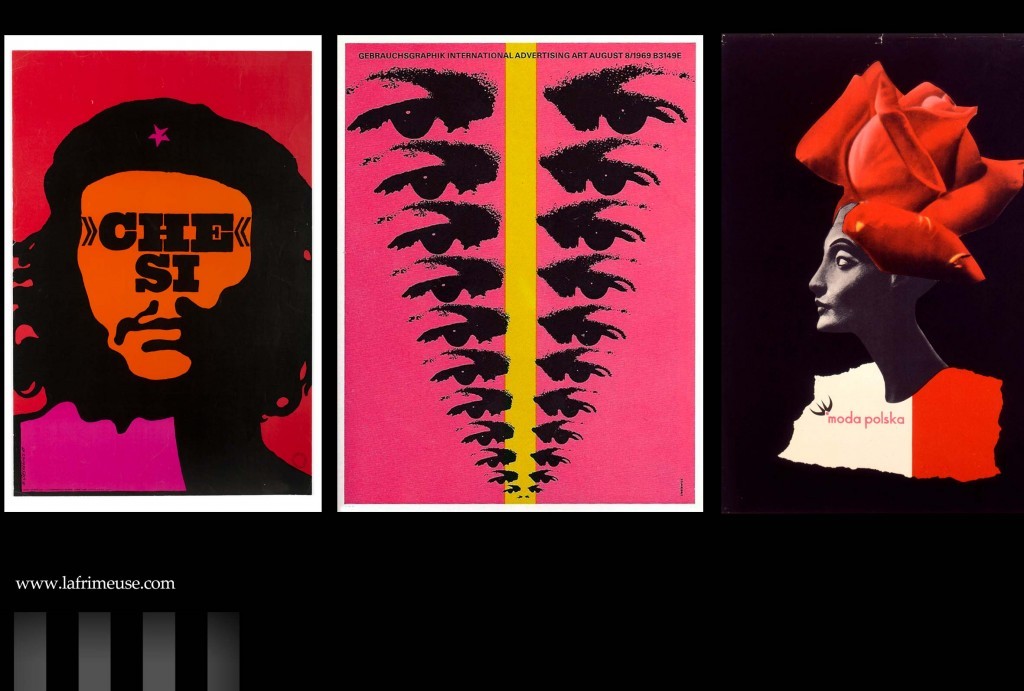 Roman Cieslewicz (1930-1996), a talented graphic artist, is also considered an influential figure in the formation of the national Polish graphic school, and not only, was one of the key figures in graphic design in the second half of the 20th century.

He was a member of the Union of Polish Artists, Alliance Graphique International (AGI), and the International Center for the Typographic Arts.  Art director of Elle magazine, where, like Brodovich at Harper Bazaar, he announced his own concept of the visual appearance of the magazine.

Cheslevich’s creative life was rich and fruitful.  In his works he used photography, editing, collage. 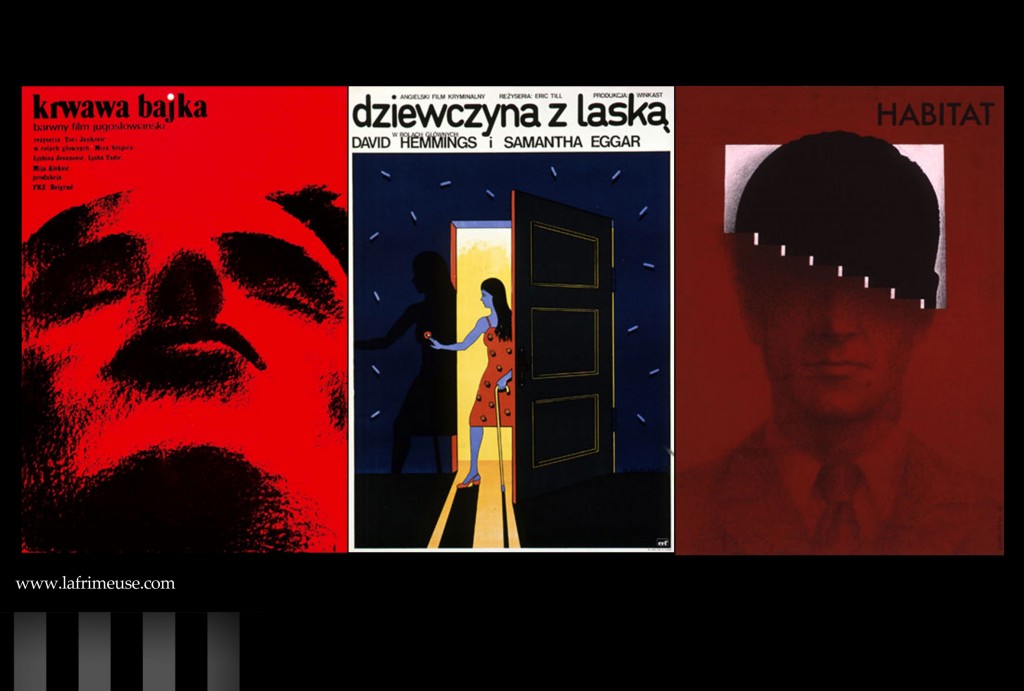 Mieczysław Wasilewski studied with Tomaszewski, his posters are constructed as “graphic and conceptual charades”, preferring a limited range of colors. 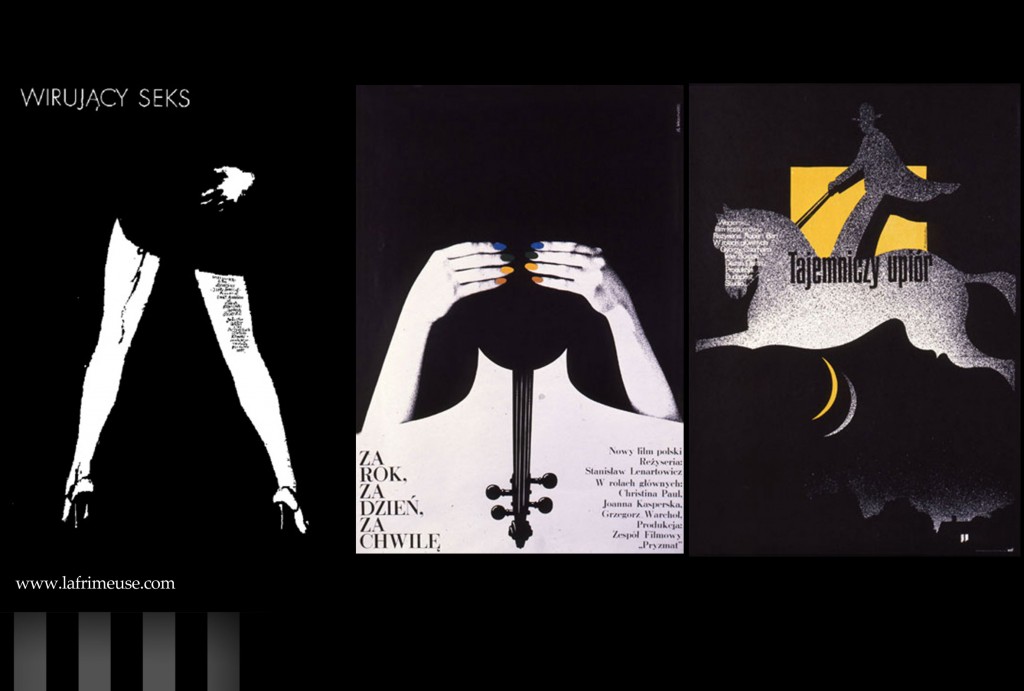 In 1975, the artist created an anti-war poster in which he manipulated Shakespeare’s “To Be or Not to Be” by inserting the word “war” as a shadow of “or” (or).

In 1994, Wasilewski won first prize in a competition for the design of a poster dedicated to the 50th anniversary of the outbreak of the Warsaw Uprising.  The winning poster features a torn Polish flag with Kotvica painted on a black background – the emblem of the Polish Underground State and the Home Army during World War II. 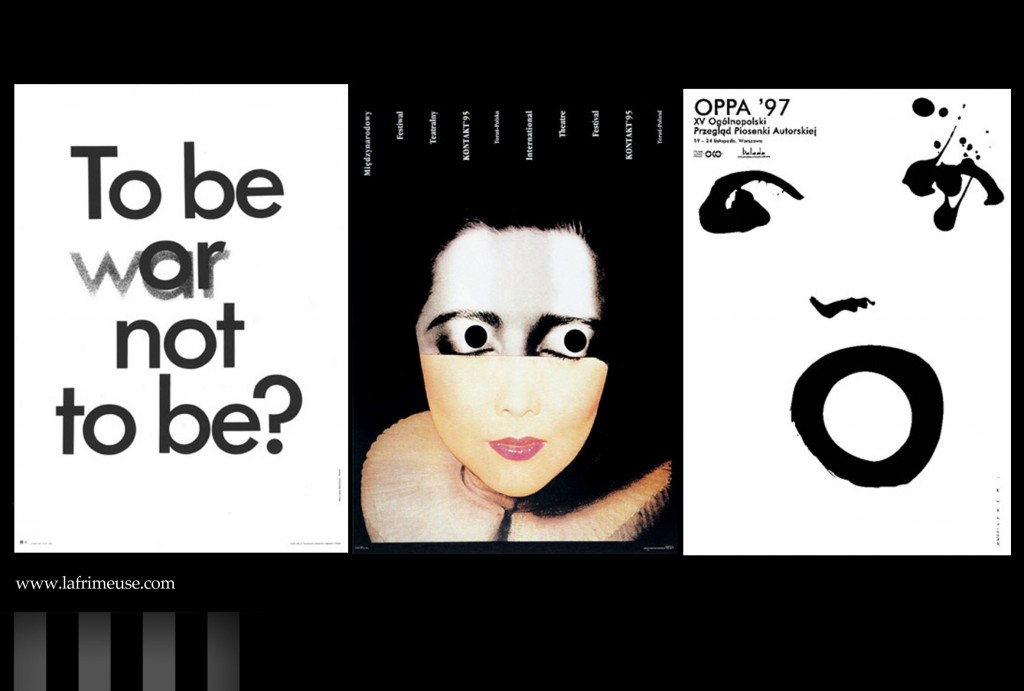 Wasilewski’s drawing is as recognizable as his posters or book graphics.  The artist mainly uses brush and ink, alla prima, that is, quickly, with a few precise lines.  For him, drawing is an act of improvisation, although it is preceded by many different variations that the artist never reveals to the public.  His series of drawings depicts women’s faces, each of which is drawn succinctly and calligraphically, but at the same time perfectly reflects the features and mood of the figures.  Vasilevsky’s portraits behave like signs, ideograms of faces, always retaining a striking resemblance to the model.  Its traces are soft, lyrical, sometimes complemented by wash, stain or decollage, and often also a dose of a warm sense of humor. 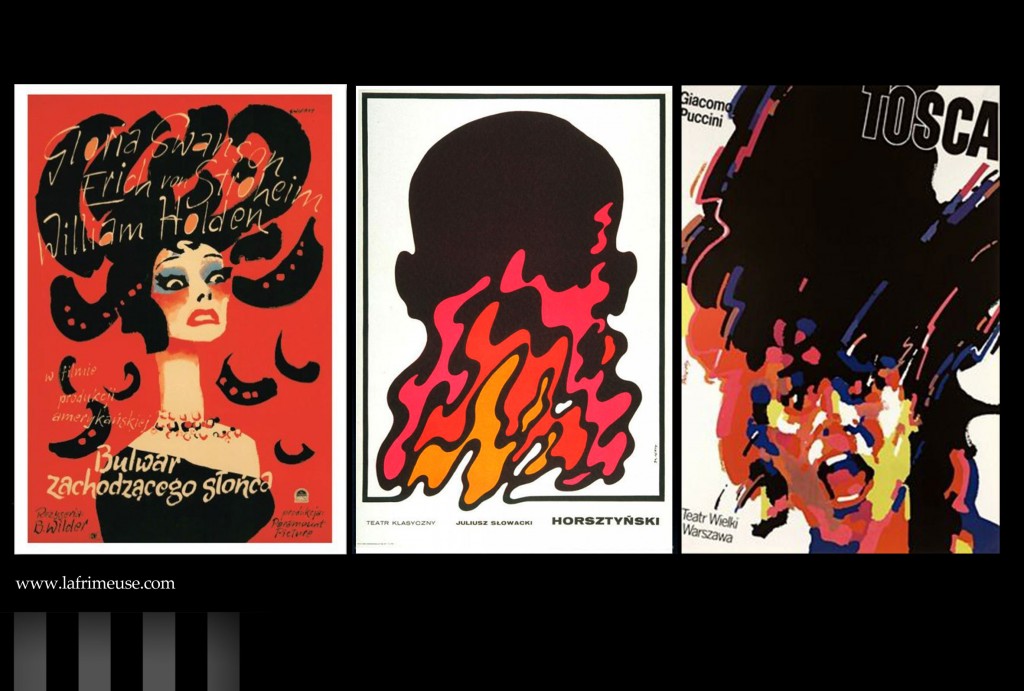 He used unusual concepts with a variety of techniques, often reflecting the social history of Poland from the 1950s to the 1980s, with many styles: folk art from the 50s, pop art from the 60s, portraits from the 70s, and television images.  80s.  In addition, his Great Jazz series of famous American jazz personalities became so famous that he republished them in later years as signed lithographs.  The series includes: Louis Armstrong, Ray Charles, Jimi Hendrix, Charles Mingus and Charlie Parker and others. 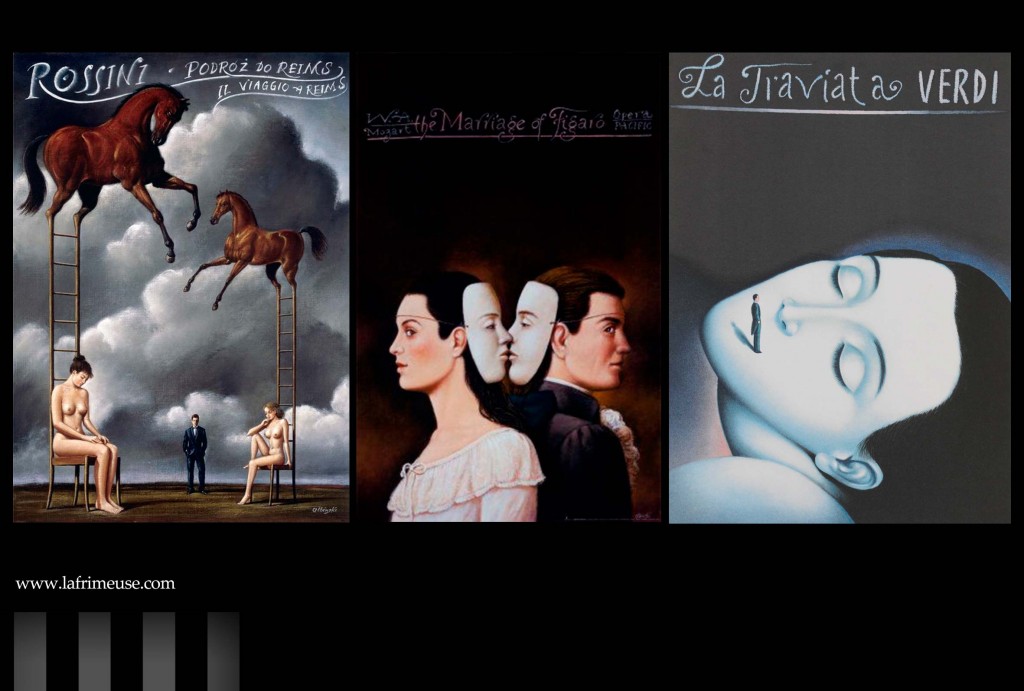 Rafał Olbiński is graphic designer, illustrator and painter.  In 1981, the artist moved to the United States, where he found recognition from both critics and the public.  His posters and illustrations appear regularly on the pages of the New York Times, New Yorker and Time.  He has received numerous prestigious international awards (e.g. Society of Illustrators in New York, Art Directors Club of New York, Prix Savignac in Paris).  His works are in renowned contemporary art collections. 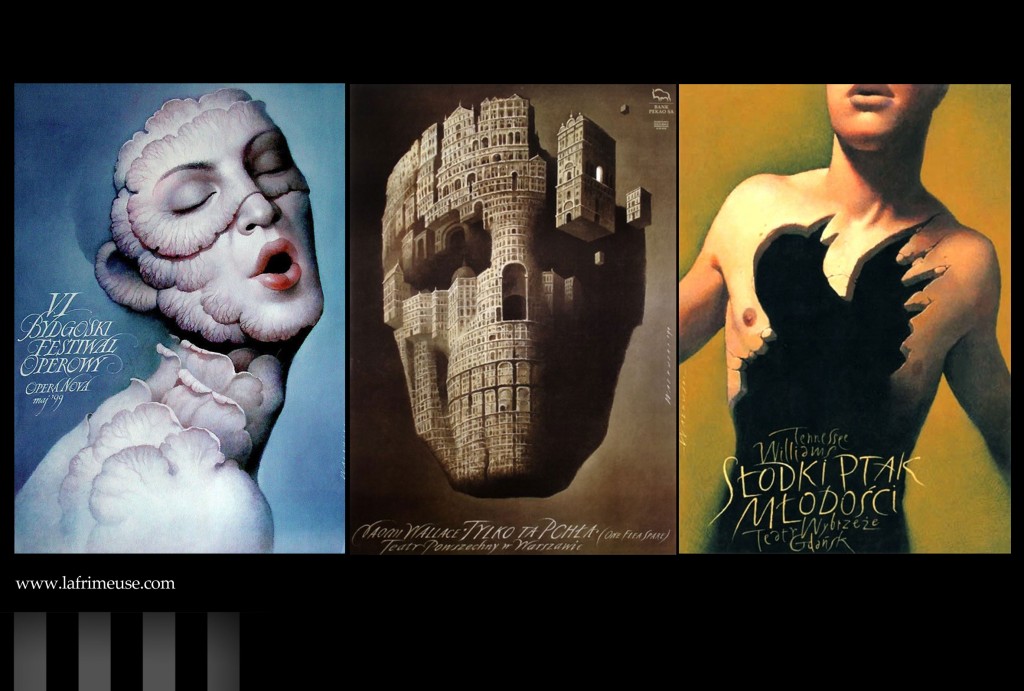 The contemporary Polish poster artists are striking in their originality and, at the same time, in their devotion to the general principles of the poster school established by Heinrich Tomaszewski.  The poster – in Polish culture, has acquired a more than utilitarian meaning, advertising, propaganda; it, closely associated with theater and cinema, has become a part of art.  He is sensual, expressive, he charges his energy, his idea is expressed briefly, his images are capacious, often anxiety and pain are hidden behind surreal irony. 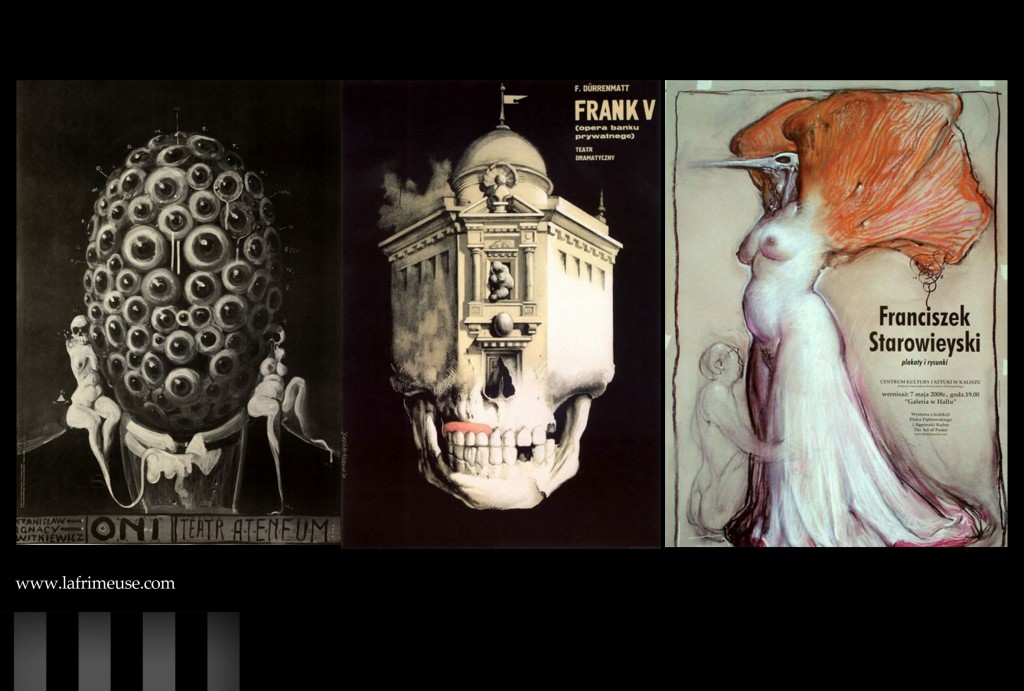