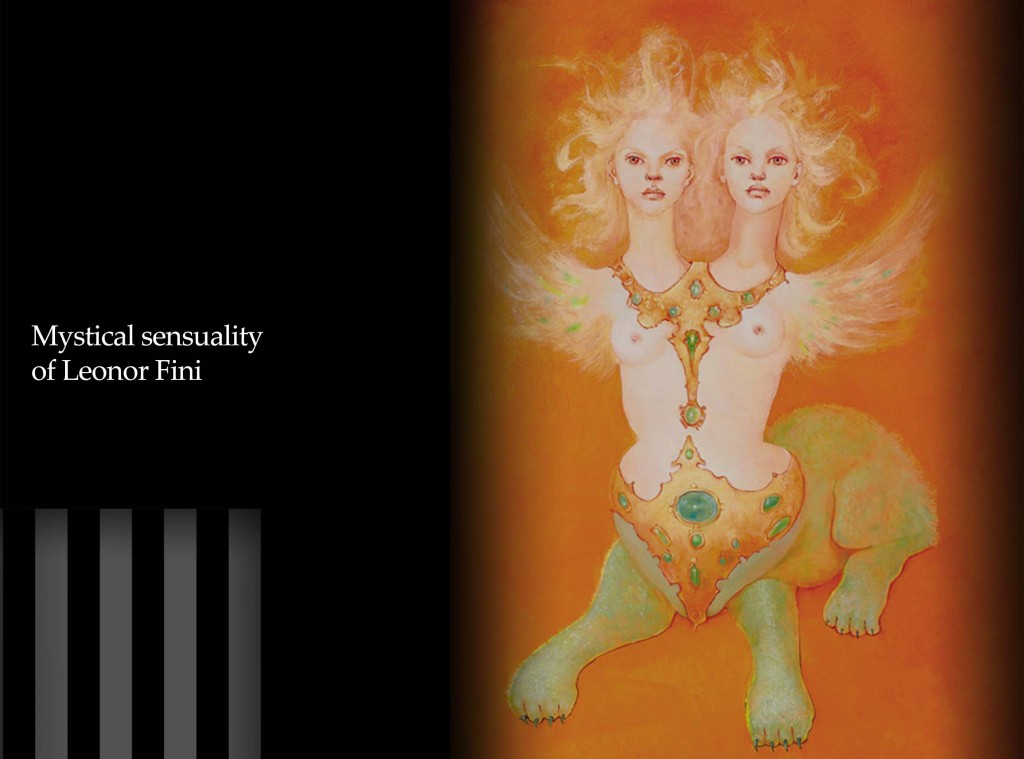 The smooth lines attract us  to the depths of her paintings, set by contrast, but at the same tim, soft shadows and foggy blurred boundaries of objects envelop the viewer as a southern night with her warm air and exotic plant flavors, where beautiful creatures of nature in her work are committed sensual and mysterious women, living in their own separate world, there is joy and pleasure only for themselves. 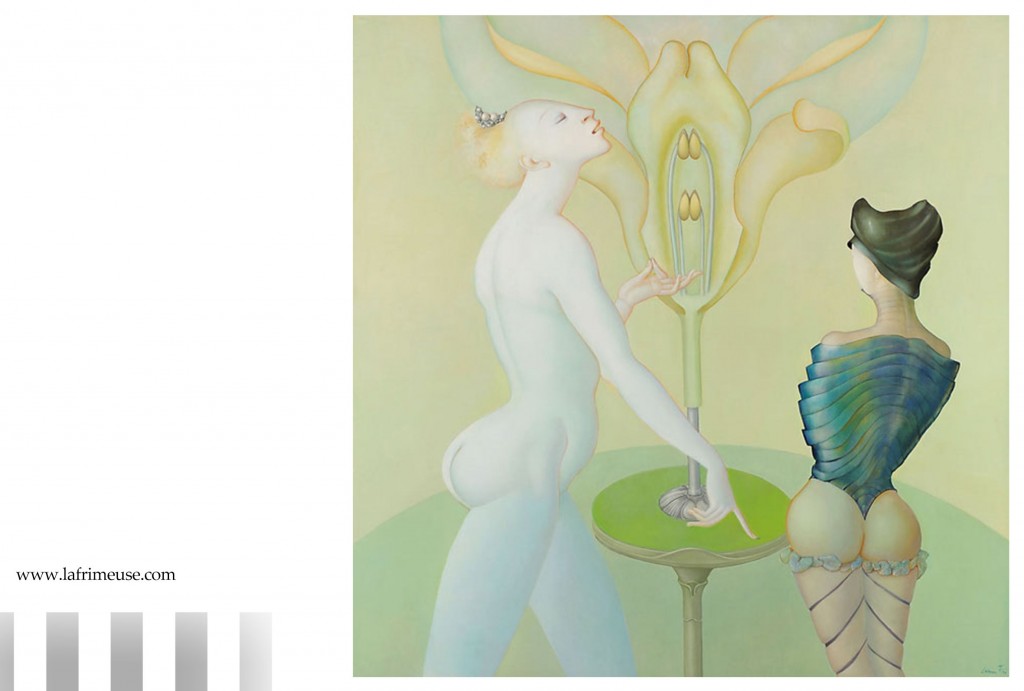 The contemplation of one’s own inner worlds makes them mysterious, incomprehensible, almost unearthly creatures. Sometimes it is called her the most influential, but also the most incomprehensible and unappreciated French artist of the 20th century. Perhaps, but what woman-artist from the artistic society of that time would be recognized? Being a kind of extraordinary and independent, she all her life claimed that the woman – artist has an equal place in the environment of the male artistic world. Her art is contradictory, arising in a gloomy light, not always accepted by critics, but attractive and perhaps revealing the subtle sensuality and sensitivity of female nature. 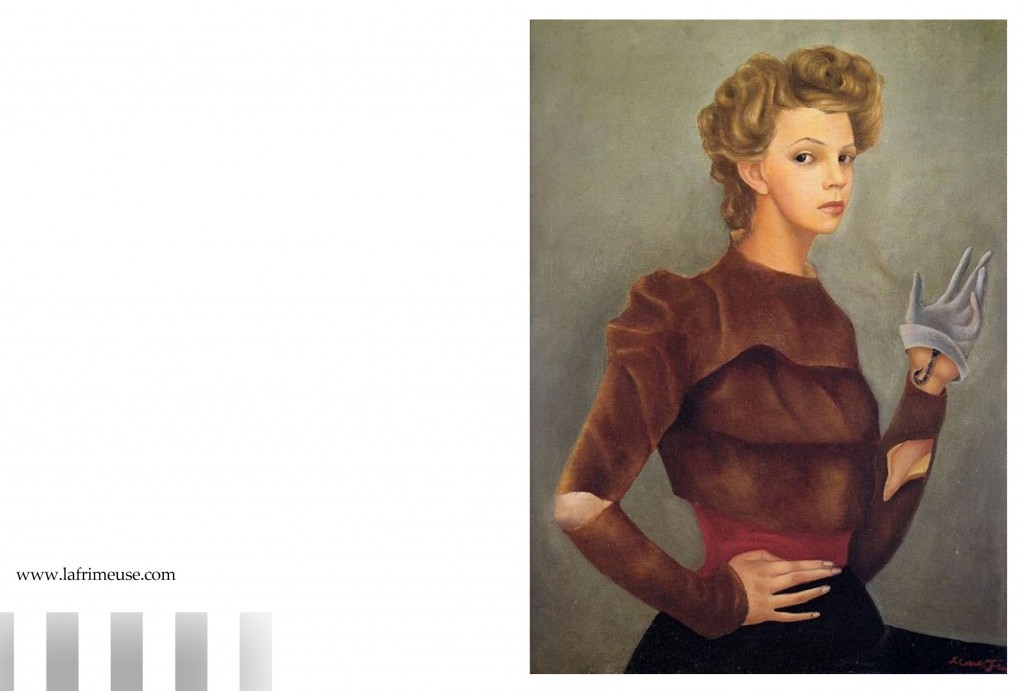 Self Portrait with Scorpion (1938)

Often, Fini’s work is considered as surreal. She did not think so, and she never treated herself with any artistic groups, remaining in her imaginary World, whose boundaries were not limited to schools and trends of that time. But Leonor Fini was among the most famous artistic minds of the time, was a bright figure, a muse for many artists. Her pictures, strange, fantastic, reveal the incredible world of a bright, charismatic personality. 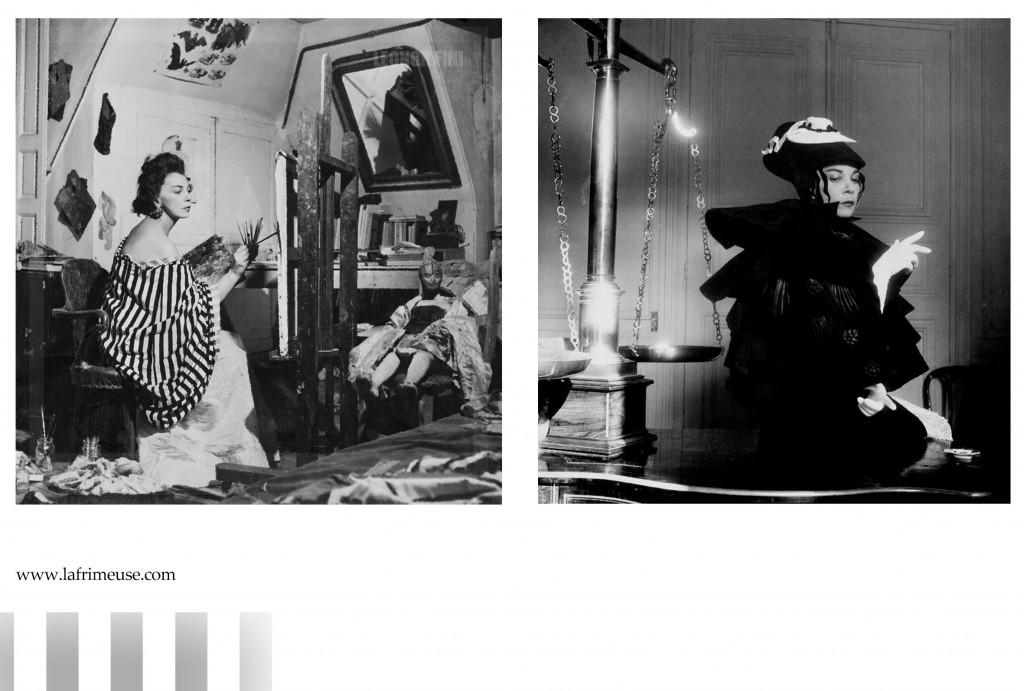 Leonor (August 30, 1907 – January 18, 1996), the daughter of an Argentine (there is a version of the Russian emigrant) and an Italian mother, Leonor inherited a bright temperament. Her parents divorced in her childhood and the separation between them was not simple (her mother fled with her child to Italy to relatives). My father tried to find her, but the mother dressed Leonor as a boy, and it worked. So not finding his daughter, he left and did not make any attempts to meet her. Leonor turned out to be a gifted child and although she did not receive systematic art classes. But the talent developed when, due to injuryof eyes, she was forced to spend what time in the bandage. Later, Feeney admitted that at that time she lived in her invented world, a vision from there later became the plots of some of her works.

At the age of 17 she was known among artists of Milan and participated in exhibitions. Glory was running ahead of her. Arriving in Paris with her fiancé Italian prince, she was not a novice among artists. Bohema accepted her, beautiful, daring and extremely talented. The groom was forgotten, but the personal exhibition was the first personal exhibition of the artist 25 years in the gallery under the direction of Christian Dior. 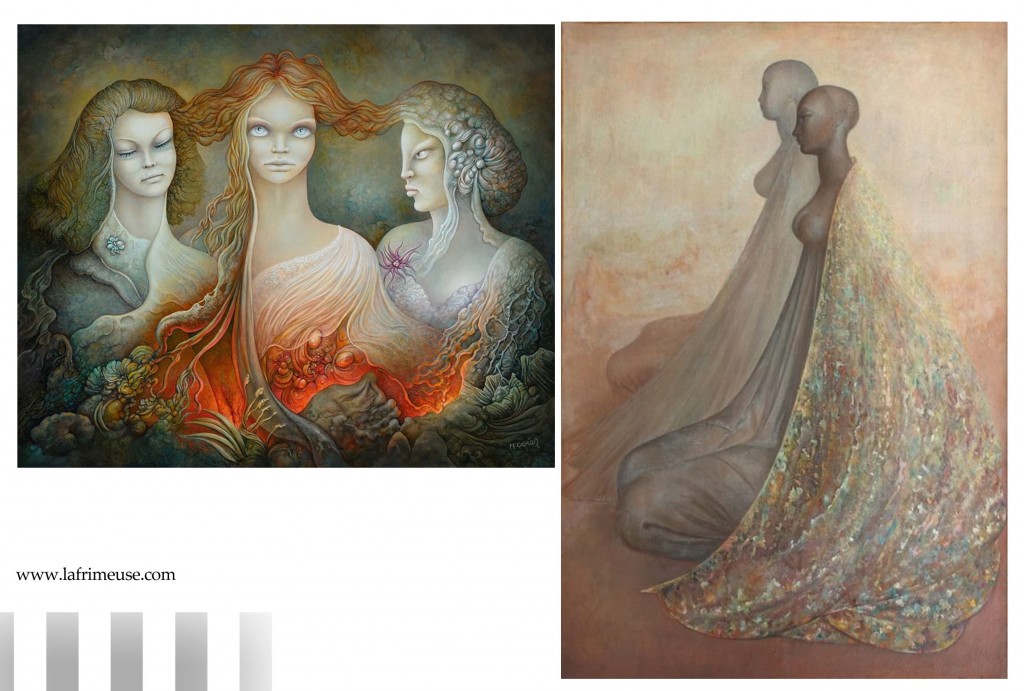 After parting with the groom, she proclaimed herself an independent woman and made friends with the most famous people of that period, Henri Cartier-Bresson, Salvador Dali, Max Ernst and writer André Pieir de Mandirague. The latter became her lover. Her works became quickly known and included the main and terrific exhibition of fantastic art, Dada and surrealism in MOMA in 1936, at the same time as her personal exhibition in New York, the gallery of avant garde Julien Levy Halley. 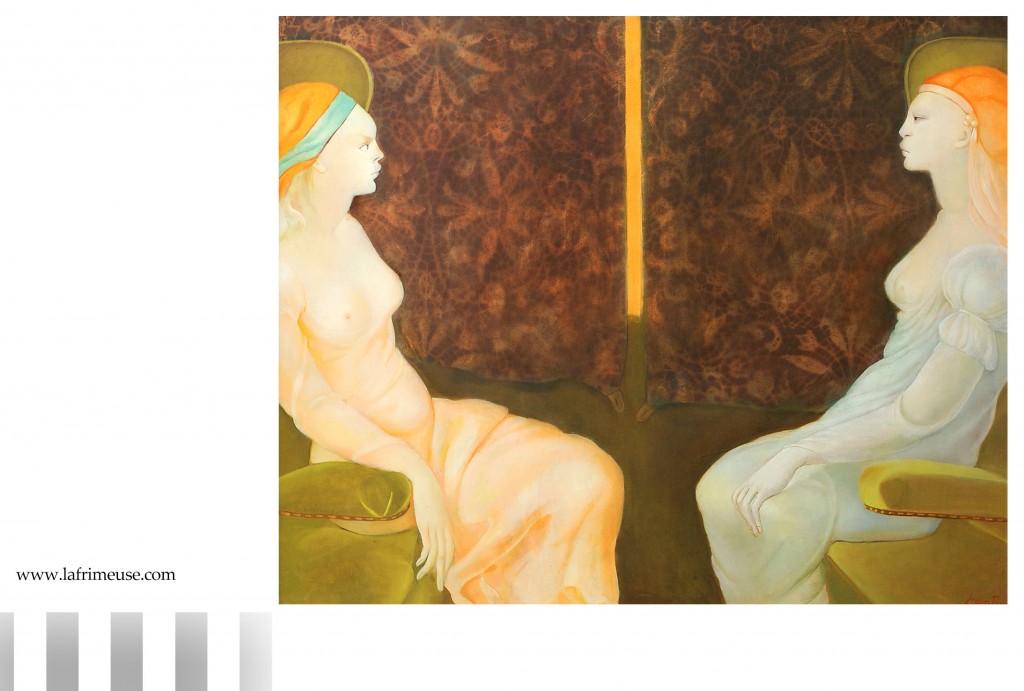 In Paris, in 1939, she oversaw the gallery of Leo Castelli, where surreal furniture was imagined, but for a short time, the occupation of Paris by the fascists forced her to move with Andre and a new lover to Arcachon to the southwest of France, where she stayed for about a year in the company of her friends Salvador Dali and Gala. Afterwards, she moved to Monte Carlo, where she met the young Italian diplomat Stanislao Lepri, who became one of the biggest and lasting fad of her life. With it, she moved to Rome, where she worked and was friends with Anna Magnani, Luchino Visconti and other outstanding representatives of the art world. 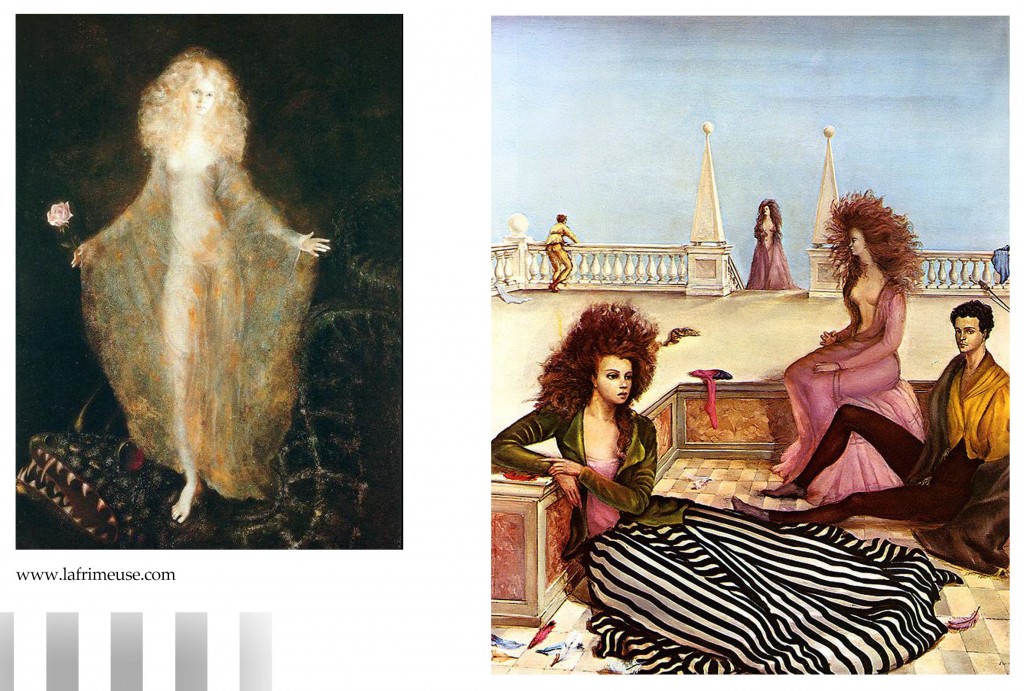 After the liberation of Paris in 1946, she returned and remained there until the end of her life. There are unique people who in the course of life give their love, inspire and infect their energy. Under the influence of Fini Stanislao Lepri, recklessly in love, abandoned his diplomatic career and became an artist, a surrealist, perhaps not as famous as Leonor, but gifted and unordinary. 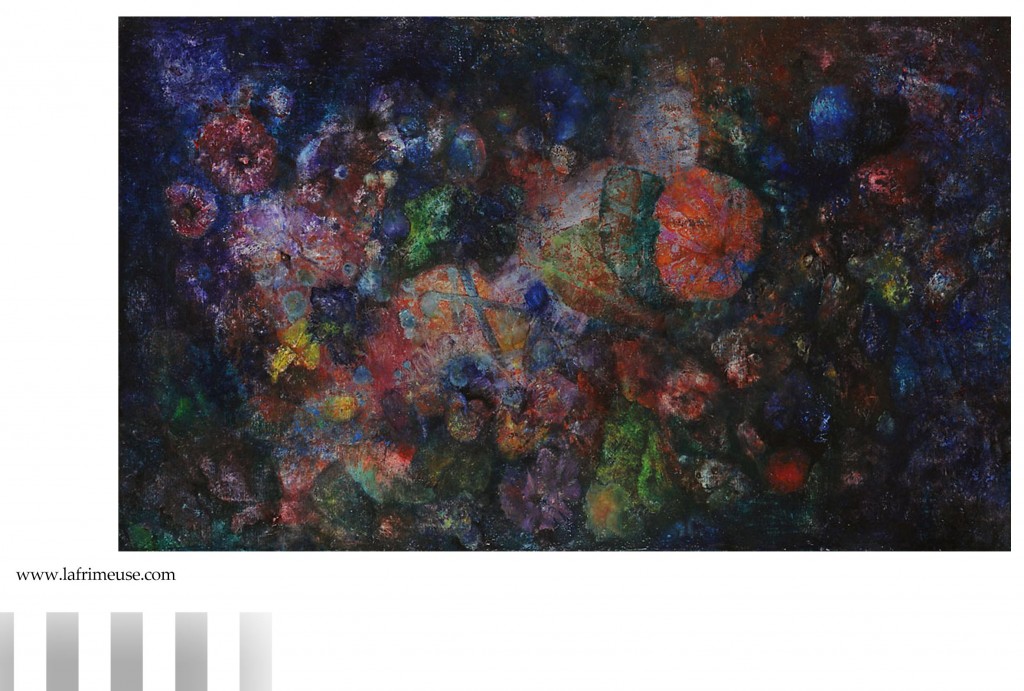 Later, she met another love, a Polish writer, journalist and translator Konstanti Jeleński. For more than 40 years, they lived together in her Paris apartment and everyone worshiped her as a source of joy and inspiration.

As a versatile nature, Leonor Fini has tried herself in many respects as a costume designer in world-famous theaters (Grand Opera for Paris for George Balanchine and La Scala for Maria Callas, Cinema for Fellini for the movie 8 1/2 weeks, her collection of masks was a separate exhibition in various galleries of the world and as a designer, she created a bottle of perfume “Shock”  for Elsa Schiaparelli , in the form of a female body, anticipating such a creation Gautier. 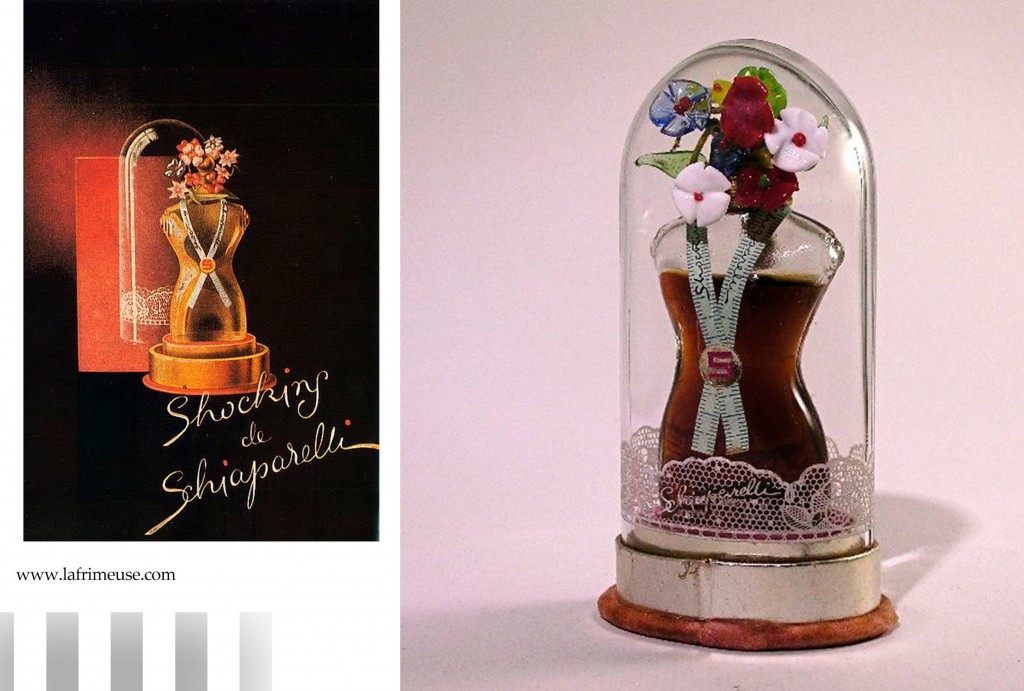 The bottle of perfume “Shock”, created according to the sketch of Leonor Fini.

As a talented illustrator, she worked on many works, and sometimes as a generous friend she gave her works to writers to help them publish their works more quickly. 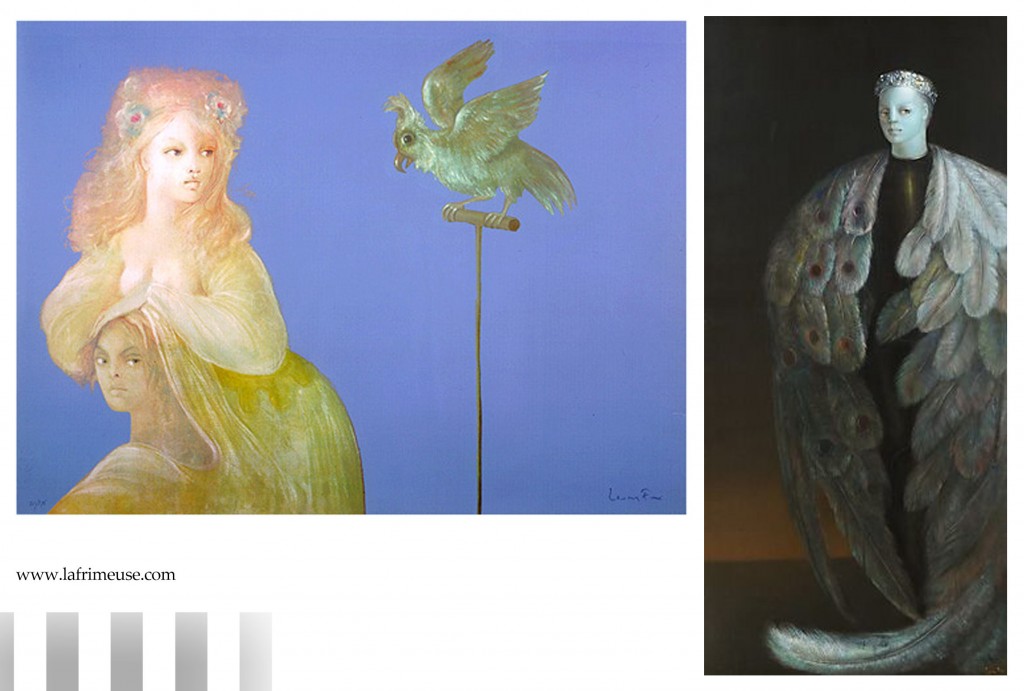 Magnetism of nature, love for theatricality and shocking, soft femininity, and mystical sensuality, along with an independent temper, charisma of an extraordinary person – all this intertwined in her artistic heritage, in her own unique style. 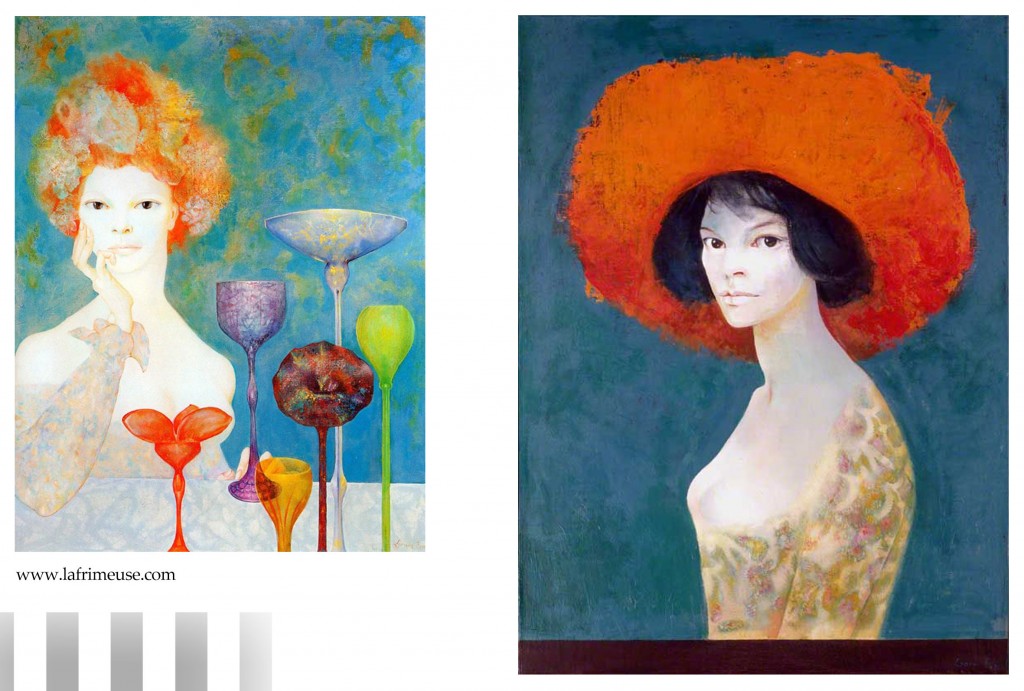 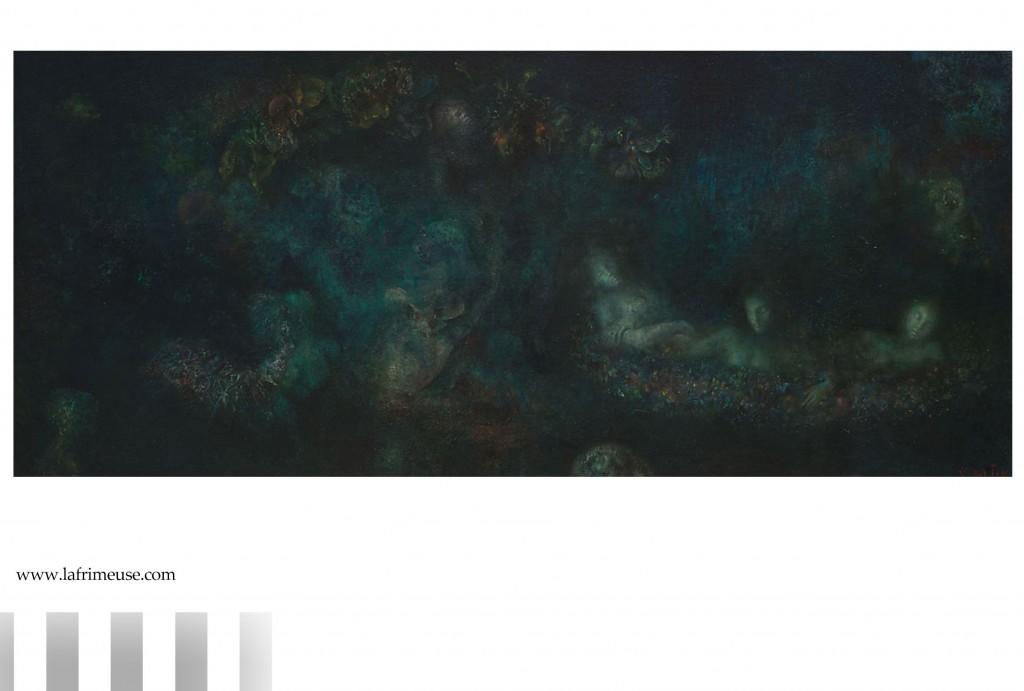