Mihail Chemiakin. Impressions of the exposition 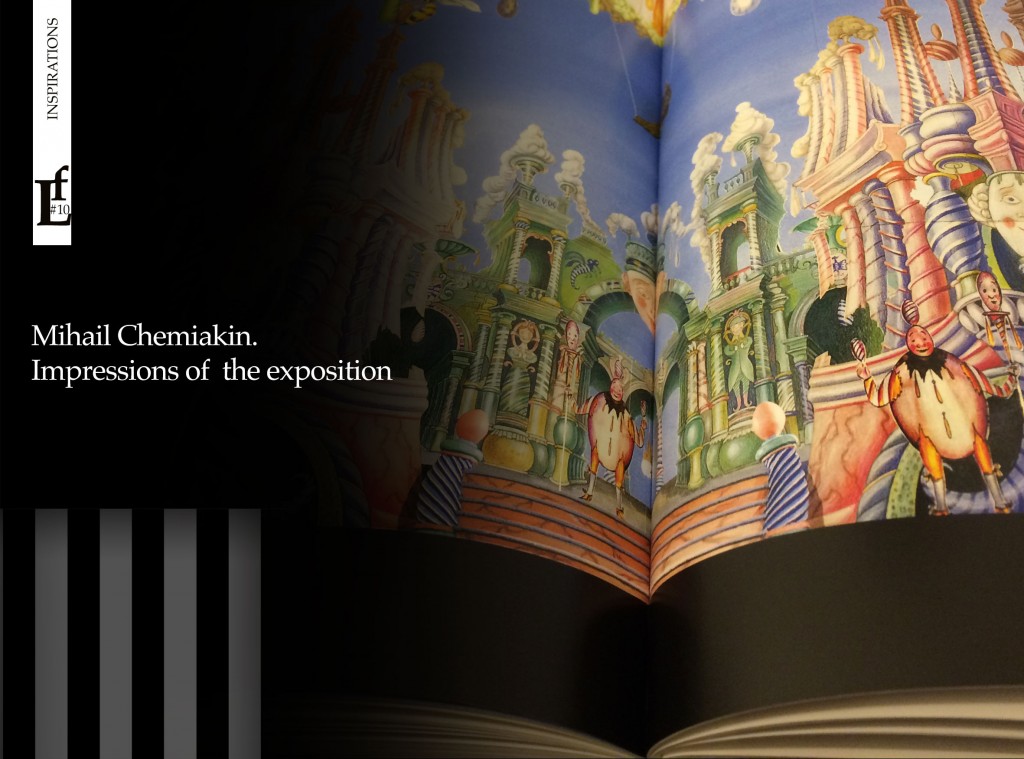 In honor of the 75th anniversary of the artist Mihail Chemiakin, a retrospective of his work has been opened at the Moscow Museum of Modern Art (#mmoma). Ambiguous, rebellious spirit of the creator is presented at all stages of creativity from the 60-70s to the present day. 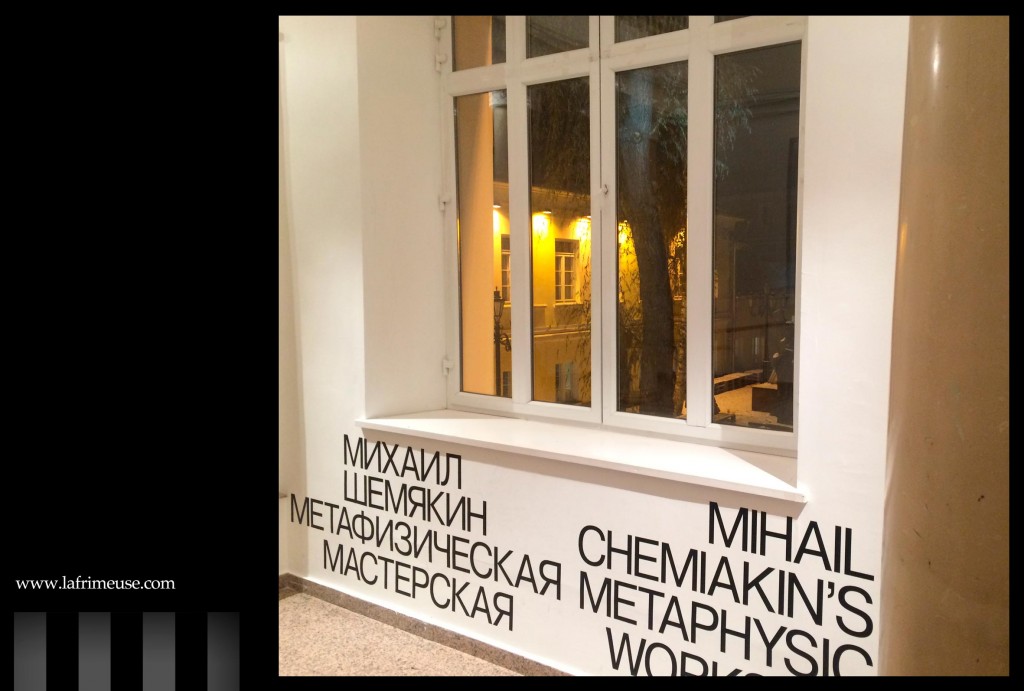 A complex life and career takes several halls, but the exposition is built logically and touches from the very beginning.

I can only say that the creator, who was not broken, not by the difficult time, when few could express themselves, if it was not according to the ideological requirements of the time. He was forced some treatment in a psychiatric clinic, because he was still trying to think creatively. And finally, the exile from the country, did not prevent him from becoming not only an artist, but also expanding the scope of his own possibilities. 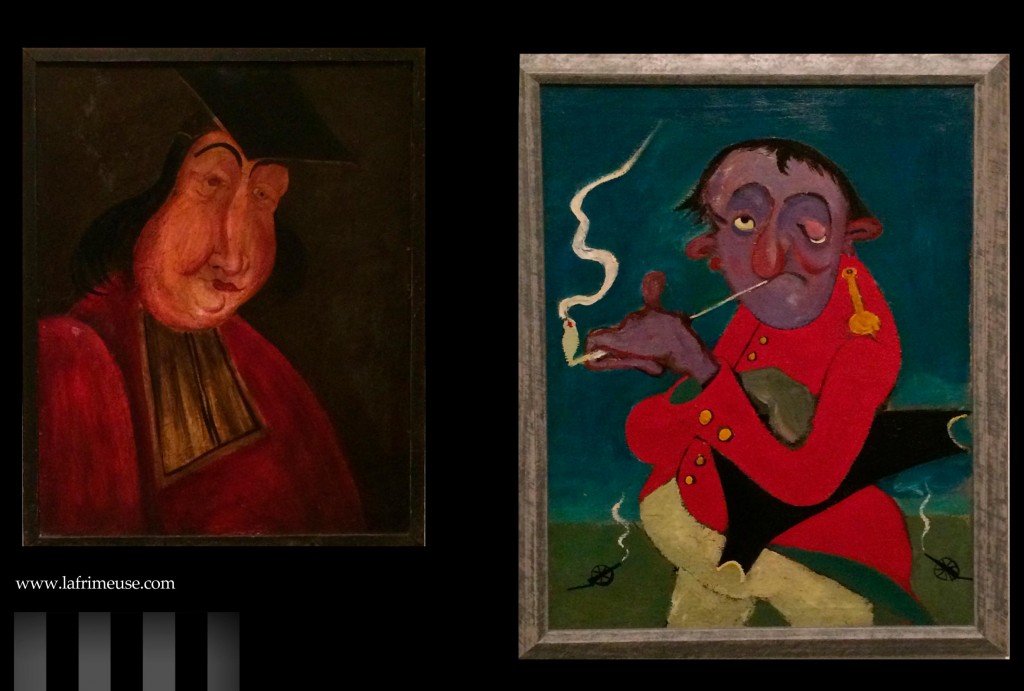 Now the artist is inspirer, teacher, cultural scientist, rethinking the world artistic heritage in its own way. (The link for biographical note is given at the end of the article). 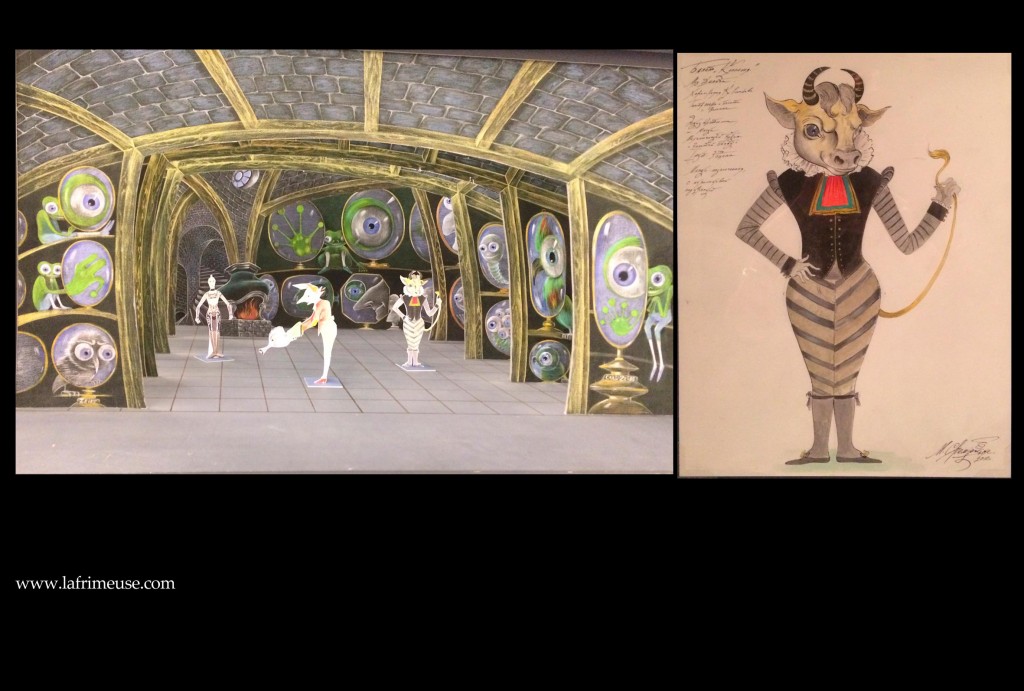 The exhibition begins with a sculpture’s hall, where most of this space is occupied by sculptural masks, including posthumous, of great persons of the world. They froze in cold solemnity, moving away from the vanity of life and began to belong to eternity.

In general, the entire sculptural hall is referring to the dialogue of the living interlocutors with cold incarnations, who also once lived and felt as well as we.

In viewing a sculpture there is always a certain mysticism. You can walk around, lift your head, peer into the carved faces, but it is impossible to comprehend them, the soul left a mark on the petrified faces, but flew to oblivion. 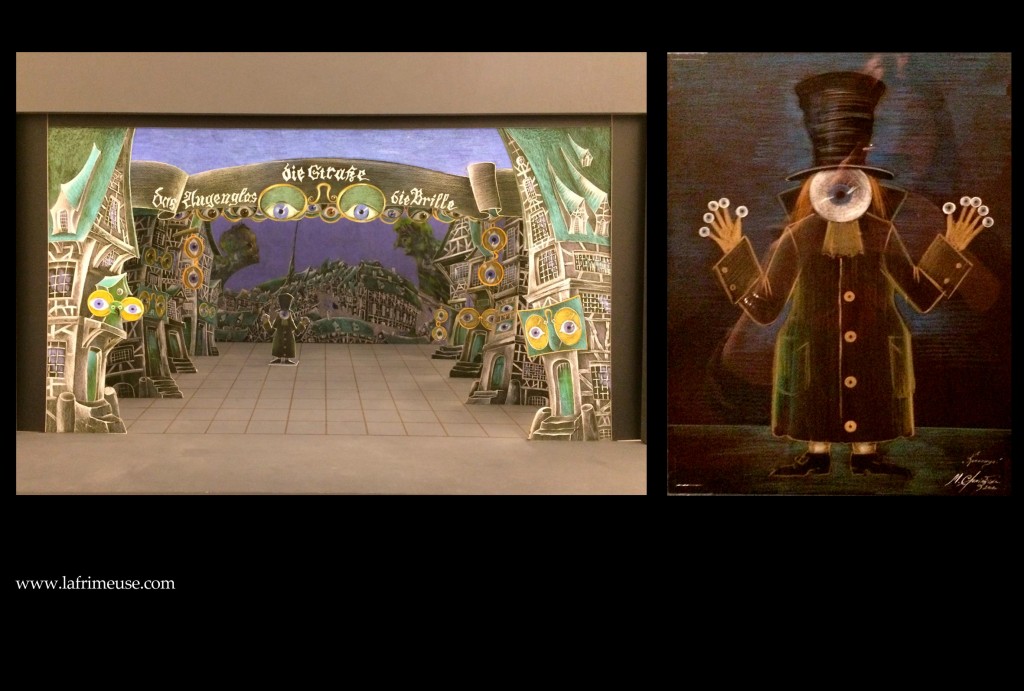 Once in old times of my preparing to admission, I was permited to the hall of casts of the Academy of Arts , there were huge enfilades, filled with a collection of the copies all the most famous antique statues. I practiced drawing beautiful faces, torsos, figures. I was allowed to be there at closing time and so that no one would have known about the visitor, I was closed at these big halls.

I experienced some strange feeling of something mystical. White flawless idols stood motionless, posing for anyone, remaining indifferent to everything that was occuring or would be happen around.

Whether the spectator was bored, that walked around them or hurried to the bright colors of the paintings catching some fleeting impressions or a student using them as a textbook for his drawing studies, these sculptures didn’t care.

I remembered my impressions when I saw a beautiful female torso with a skull instead the head at the exhibition. So yes, here it is, an allegory of the transience of life and the failure of our ambitions. 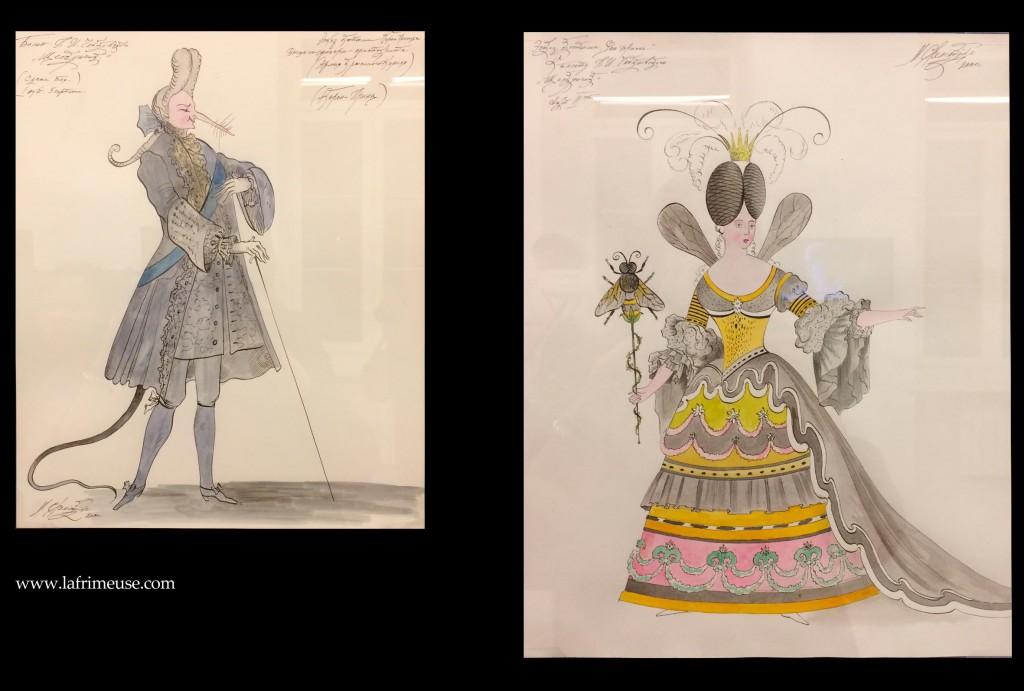 Go ahead. The next room is more tasty. The graphics began, and the work of recent years are clinging me more. This means that the artist develops constantly in his work, experiments, ideas overwhelm him. The Graphic series for the dictionary of forgotten Russian words, the synthesis of meaning, sound and content, when we scroll through the read and of course, see the visual embodiment in our heads. 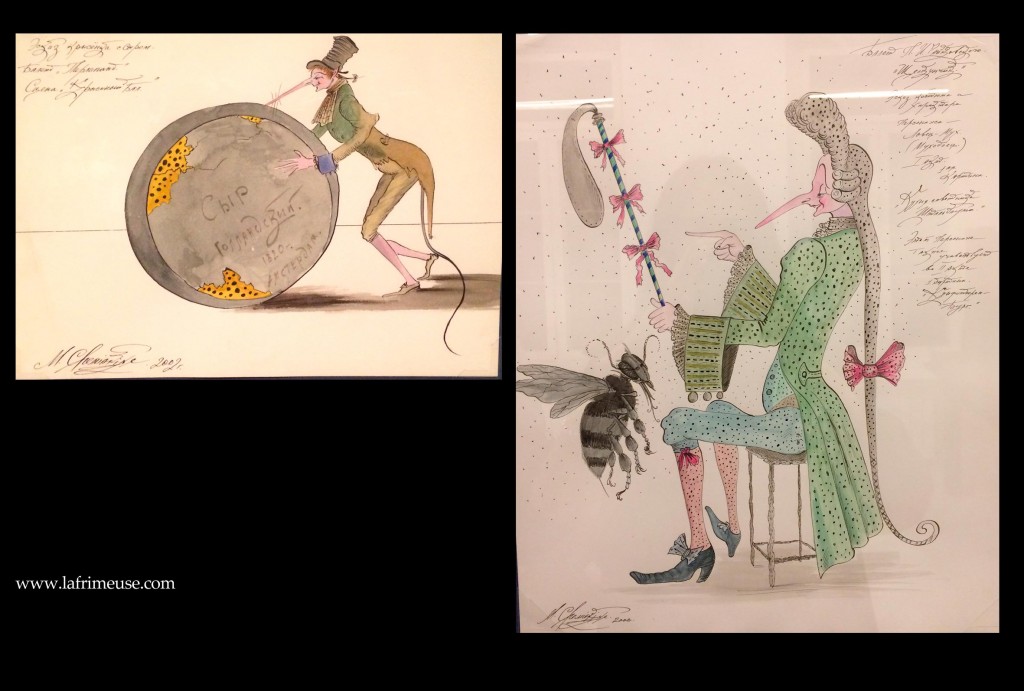 Masks pass through all the artist’s work, we see this going on, graphics, theatrical scenery, costumes. Through them, he turns to the viewer and continue the dialogue, because behind the most ugly mask can hide the beautiful soul itself, the purest heart, and behind the mask of a terrible villain, it is quite possible a cowardly bastard seeking power, that pretender could be worse than the most cruel monster. 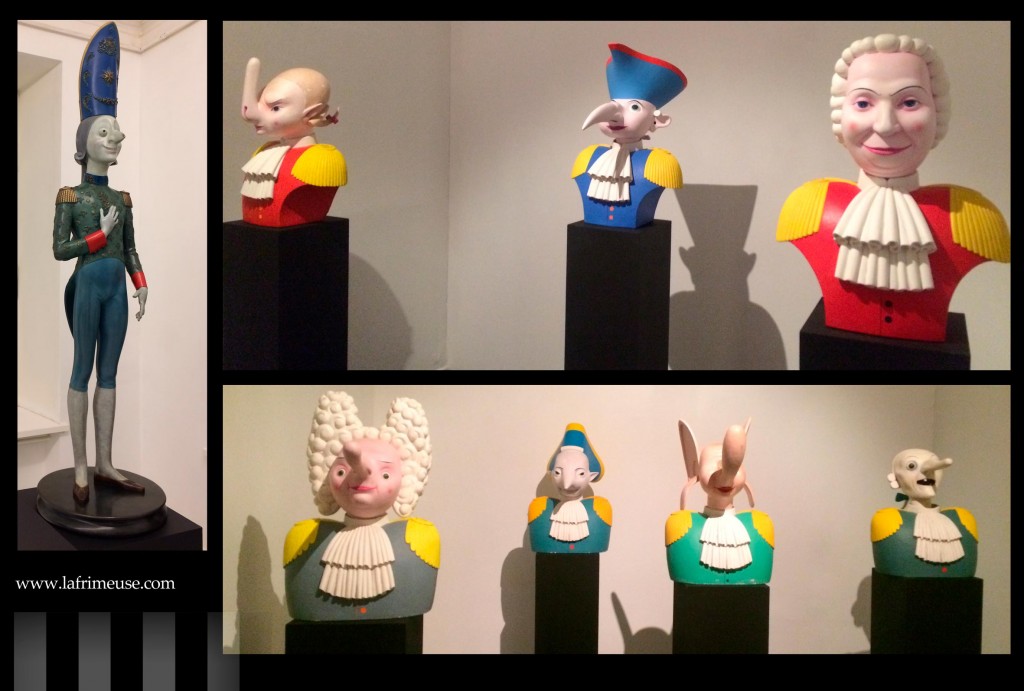 Layouts of the scenery for the performances, as well as the built scenography for one episode of the animated film “Gofmaniada”, on which he worked for over 15 years, make you stop and look the characters and the interior details with the child’s curiosity. 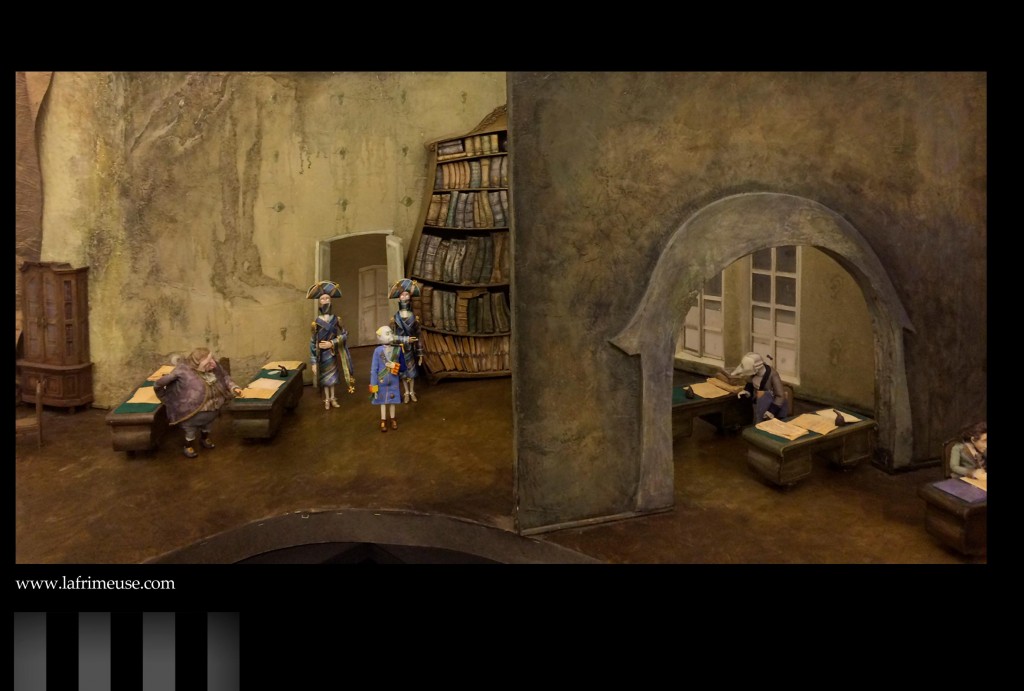 The last hall is more interactive, video recordings of an interview with the artist, books and albums illustrated by him, you can sit listen, watch.

You know, from visiting any exhibition, I am waiting for inspiration, I want to catch some courage, or just as you want to call it. After vernissage I want to come home to embody my own ideas with renewed vigor. It is this wave of freedom of expression that I caught there.

I think that I looked not only at the exhibition, but also under some masks, which are sometimes forced to wear life.