Elaine Lustig Cohen. At the avant-garde of design ideas 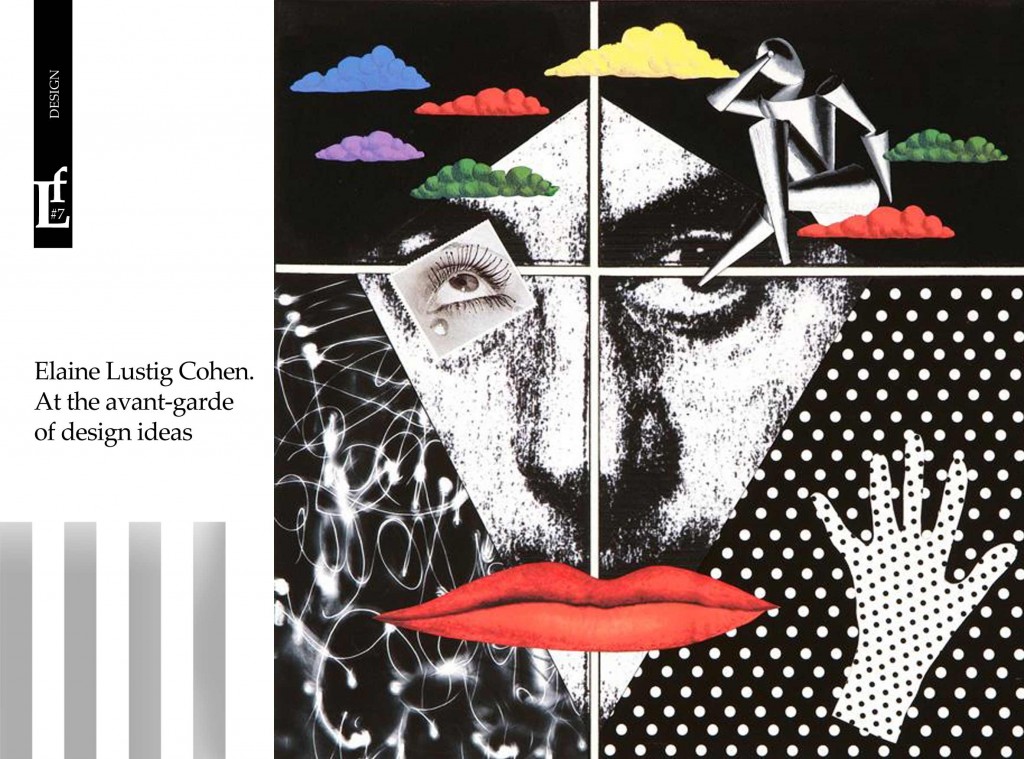 «My life as an artist has been shaped by two passions: for graphic design created in the public sphere on the one hand, and by the exploration of a related private vision in painting, on the other.»

This was the definition about own creativity of one of the greatest graphic designers of our time, a true coryphaeus, the innovator who created his own distinctive style, which integrates the European avant-garde, modernism and the influence of American culture-specific communication mid-century. 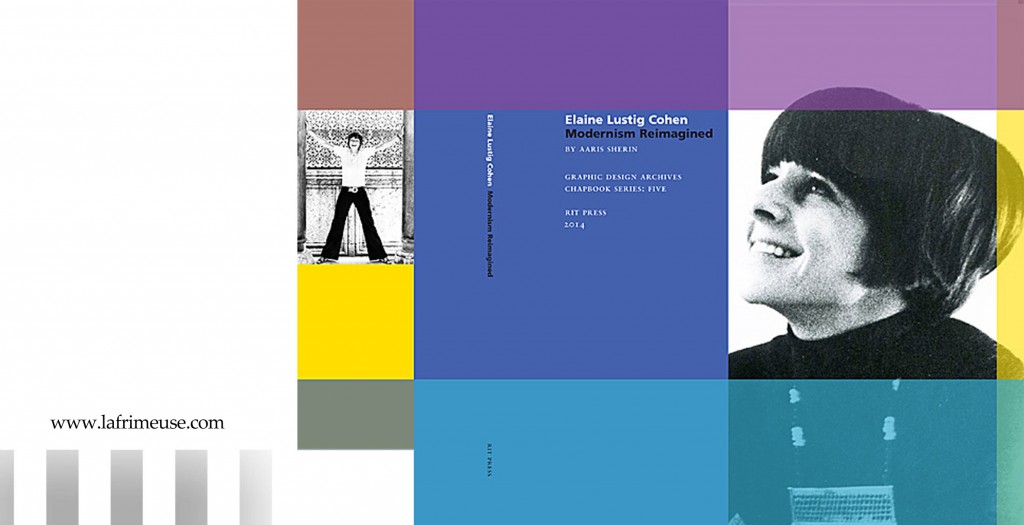 Having lived a long creative life, Elaine Lustig Cohen (March 6, 1927 – October 4, 2016), was the real link between the modernistic past of design and the ever-changing present.

The most famous of her works were created in 1950-60s. There were more than 150 covers for books and museum catalogs. Her clients were General Motors, the Jewish Museum, the Museum of Primitive Art, Museum of Modern Art in Rio de Janeiro. She often collaborated with featured architects. She created signs and inscriptions, which harmonized with the architectural ensembles. 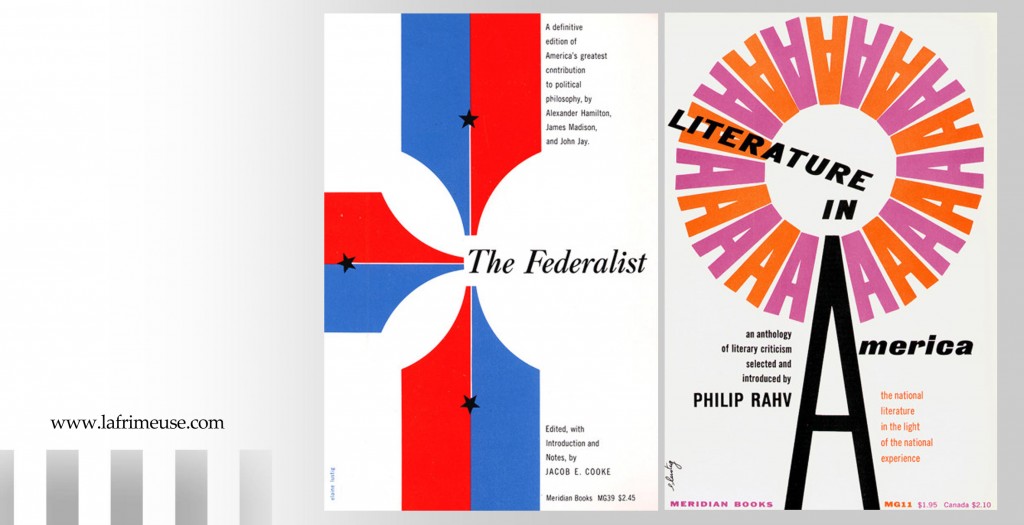 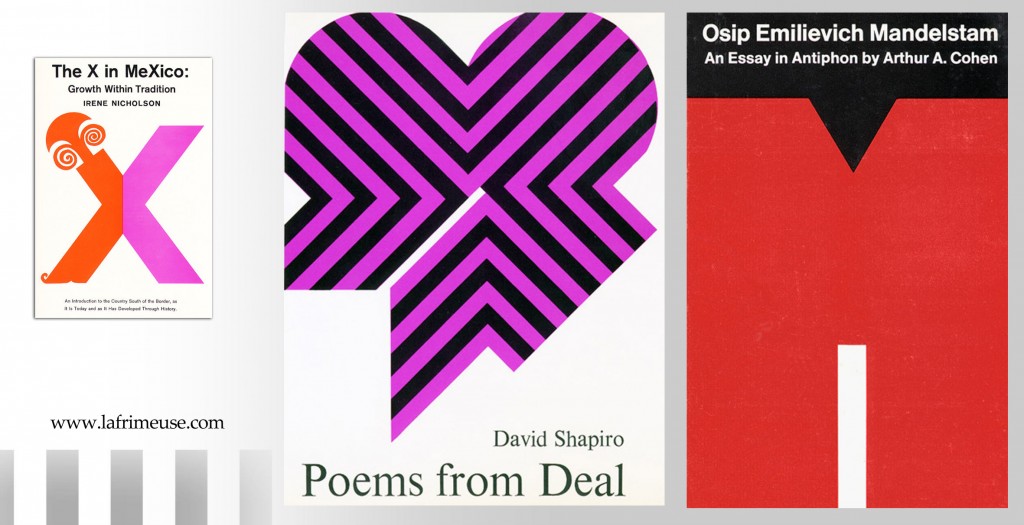 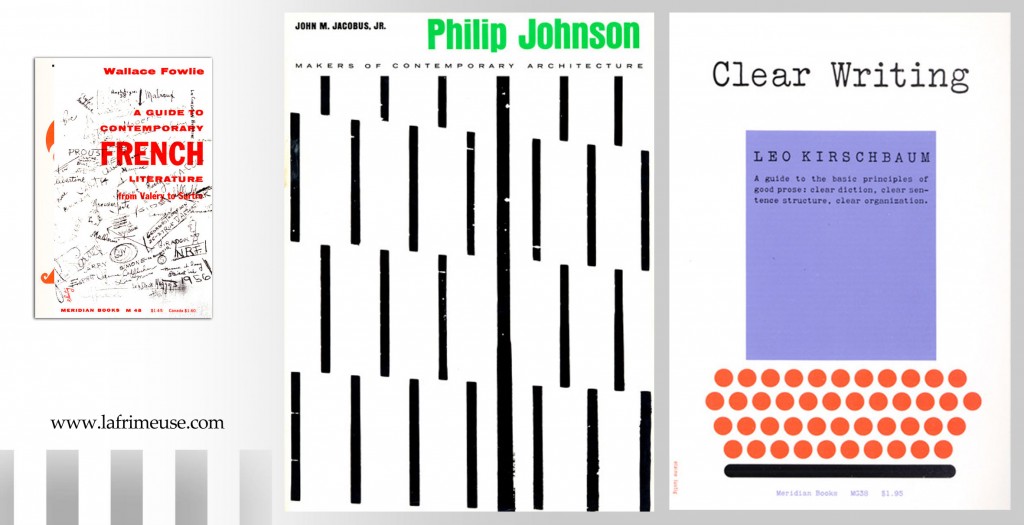 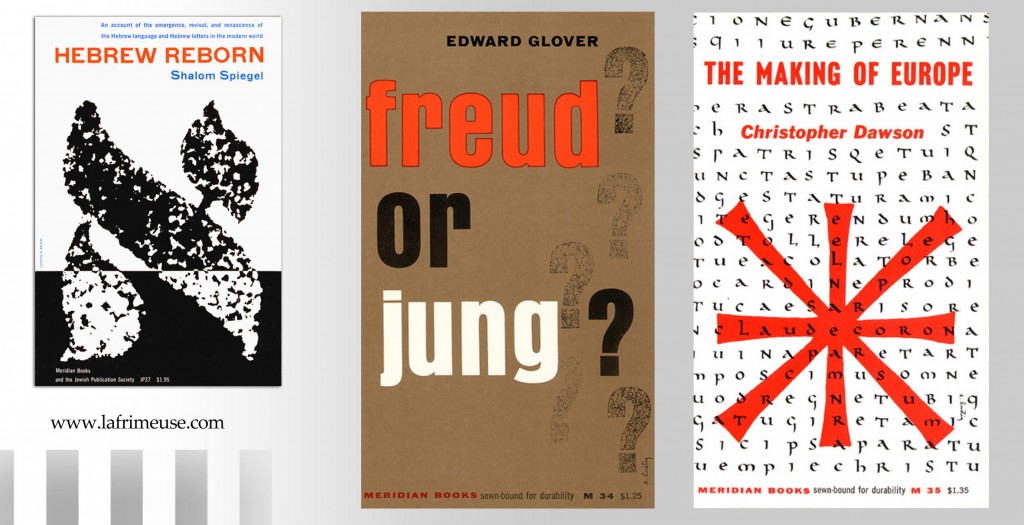 Later, she continued her career as an artist, working in various techniques (collage, sculpture and printmaking).   Her later artworks,  like her book jackets, often combined typography and abstraction.

She had said once: «All of my training at college and later with Alvin (Alvin Lustig, her first husband and famous designer) was all about the avant-garde of the 20th-century. Even what I saw as a teenager in New York City – the Museum of Modern Art [MoMA] and Peggy Guggenheim’s museum [Solomon R. Guggenheim Museum] excited me at the time and set the modernist seed in me which took years to absorb and make my own». 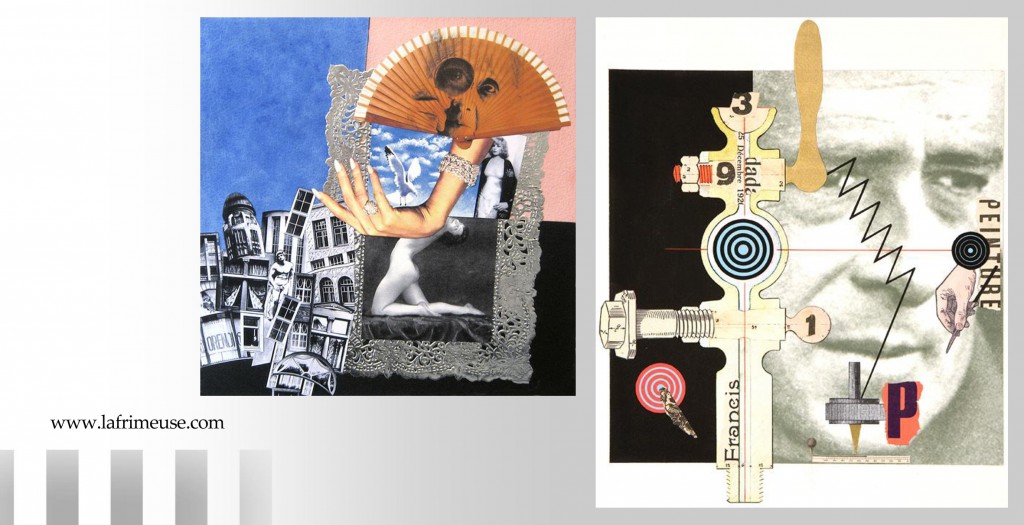 Elaine was inspired by creativity of abstract artists and designers such as Kurt Schwitters, Sophie Täuber Arp and Sonia Delaunay with specific affinity especially with the latest Täuber Arp and Delaunay, addressing to them as «my special women.» They, like Elaine worked in one area with their  husbands, but their works were less glorified, but not less talented. 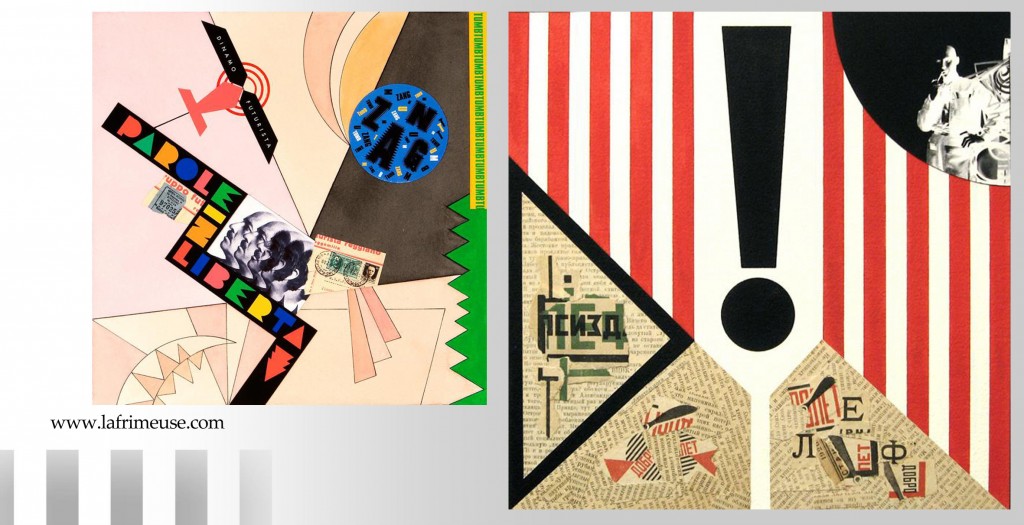 Generally, Dada, Constructivism are specific art direction that inspired many graphic designers have given creative freedom, the desire to go beyond the imposed standards . In recent years, Lustig created artworks manually and with the help of digital technology, graphic editor Adobe Illustrator. 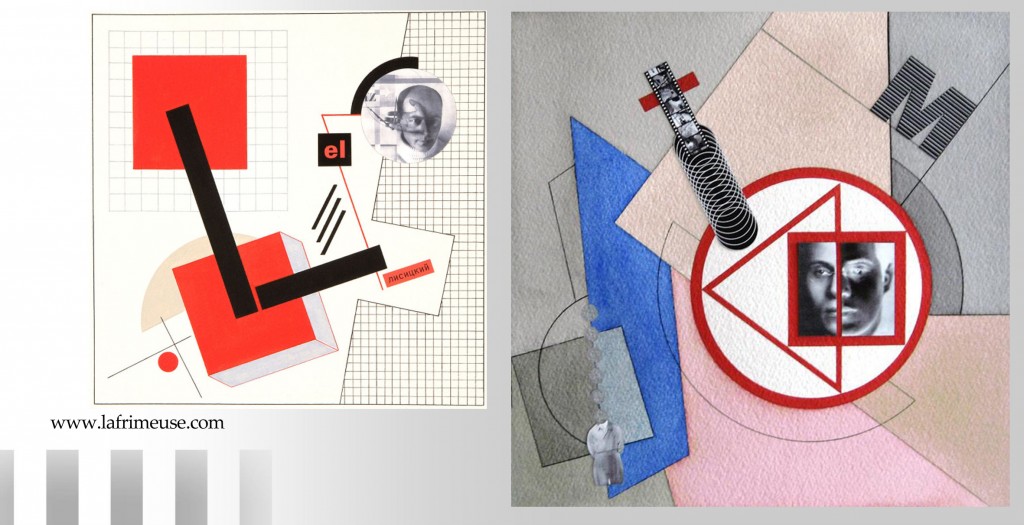 In 2009 solo exhibition was organized  at the gallery Adler & Conkright Fine Art Gallery (New York), whose title was “My Heroes: Portraits of Avant Garde.” These collages she dedicated to outstanding artists (El Lissitzky, Filippo Tommaso Marinetti, Kazimir Malevich, Alexander Rodchenko). It reflects your opinion on the work of each artist, expressing their respect. 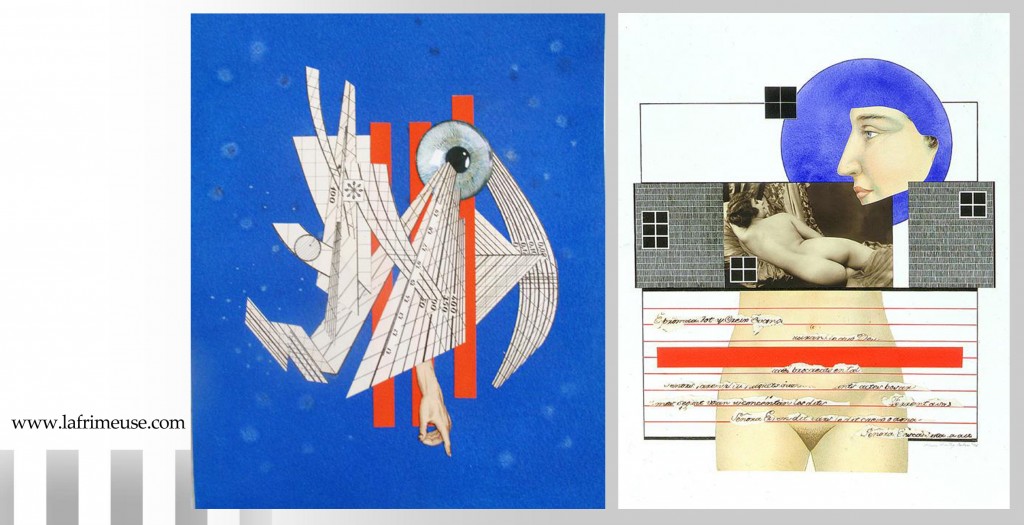 In 2011, Cohen received the AIGA medal, which is awarded to «individuals who have set standards of excellence over a lifetime of work or have made individual contributions to innovation within the practice of design». 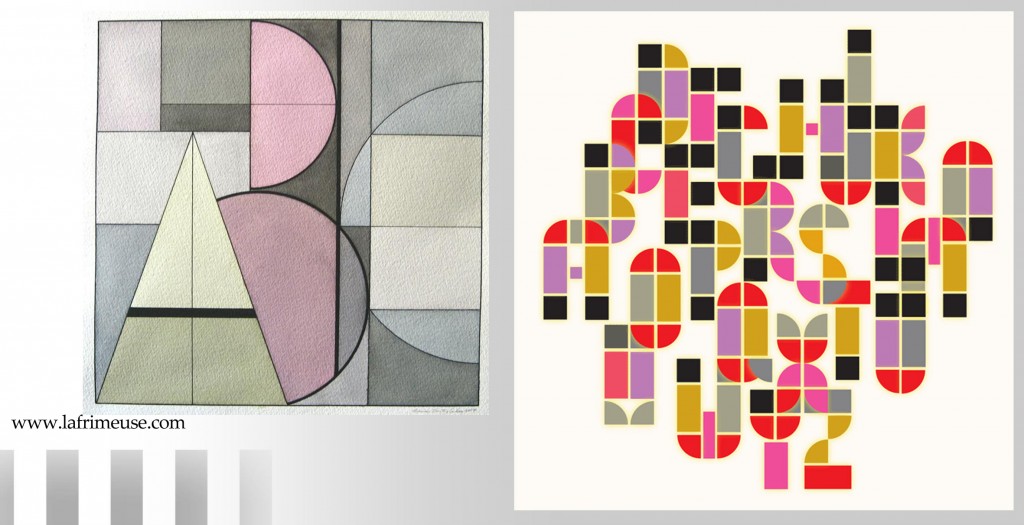 Many of her works are in private collections.