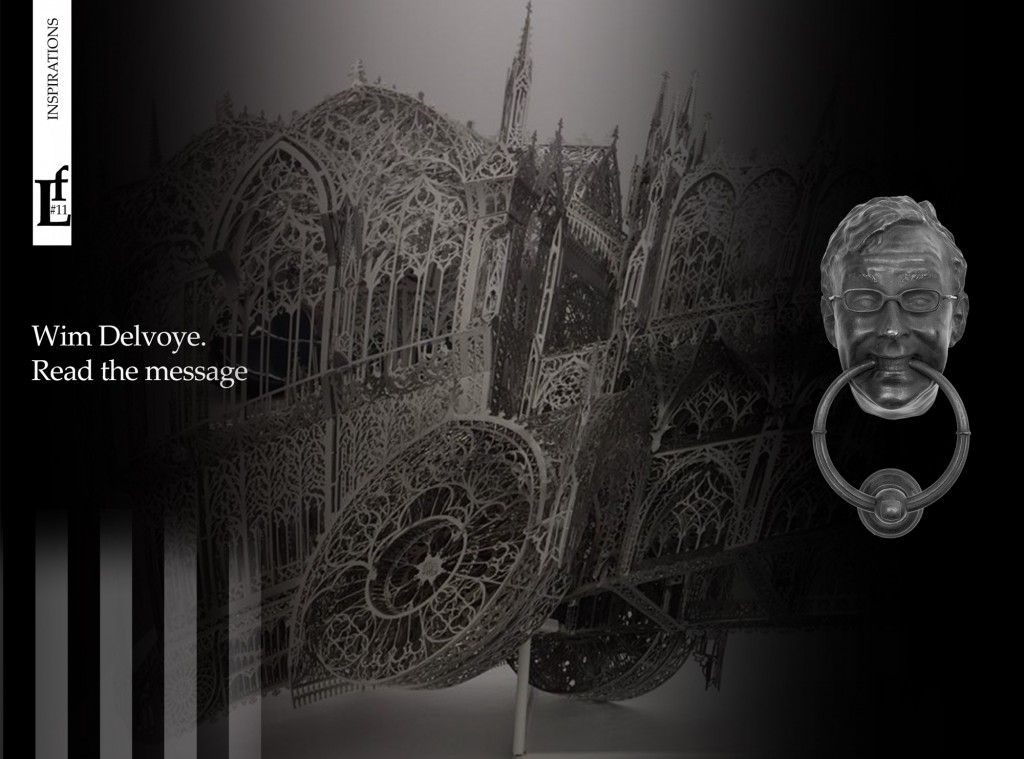 Any art has a deep meaning in it, even if it seems senseless and irrational to you. Art is always a message to all mankind or a particular person.

It can be ironic, often veiled and not always readable, but this does not become less significant. Simply, the energy message of the creator and the viewer’s desire to accept it do not always coincide. But if it happens, then that interaction is called true art.

Conceptual artists often use shocking, provocative techniques. That’s why it is a concept, to be heard and seen, to become the main one or to move something new. 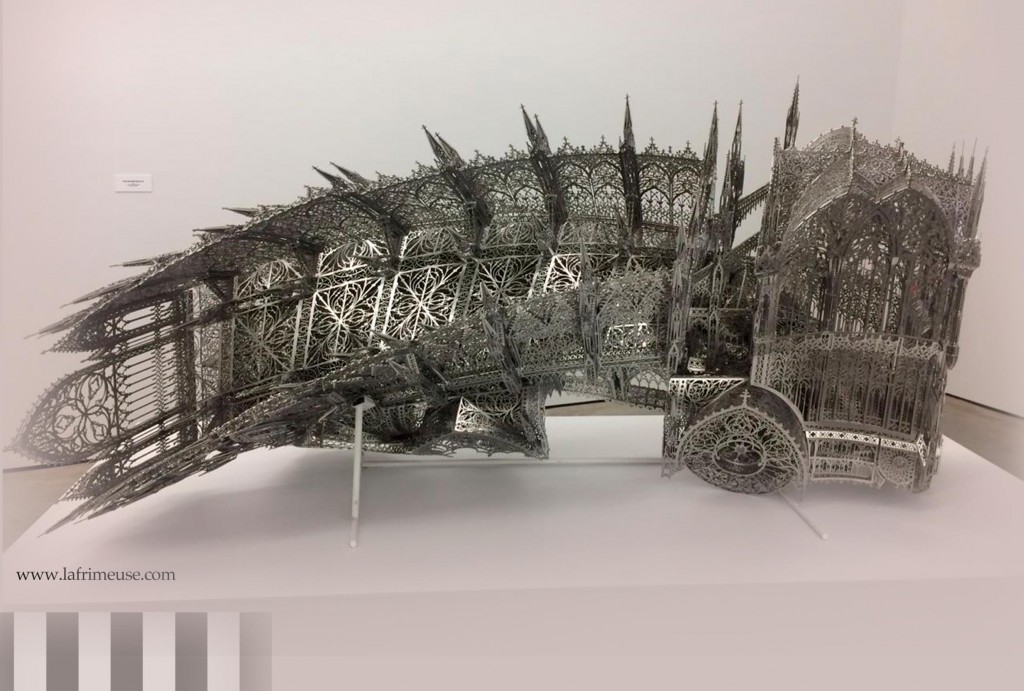 Wim Delvoye (b. 1965), a Belgian artist, neo-conceptualist, whose exhibition runs until February 9 at the Tatintsian Gallery in Moscow. Famous for his statements against the consumer society.

As you know, the conceptual art is the art of ideas and questions that should arise before the viewer, first and foremost to themselves. Delvoye is known by his provocative projects. Combining incompatible things, creating shocking models of biological processes that are associated with our sick consumer society or tattooing pigs by logos of well-known  brands as a challenge to vanity, the artist addresses his message to society.

The exhibition presents several such projects. 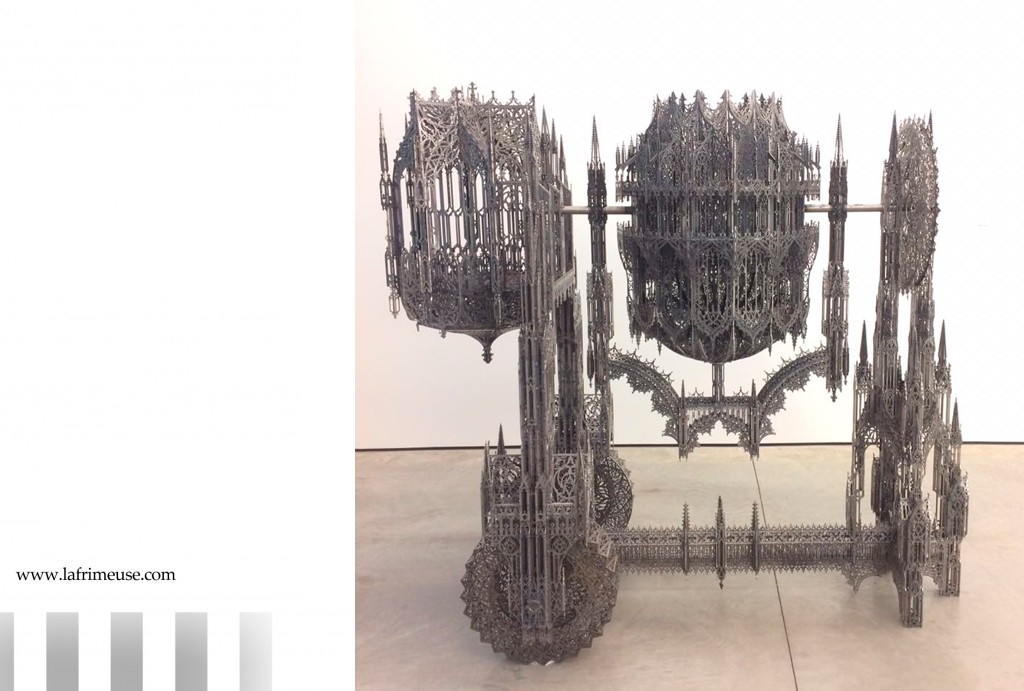 The Gothic series includes some utilitarian things (concrete mixers, bulldozers, trucks) assembled from individual plates. These elements are richly and tracery cut from the Corten steel. The discrepancy between the content and the form is fine, subtle, but absolutely absurd. Perhaps “Look for harmony,” that is the call of the author. 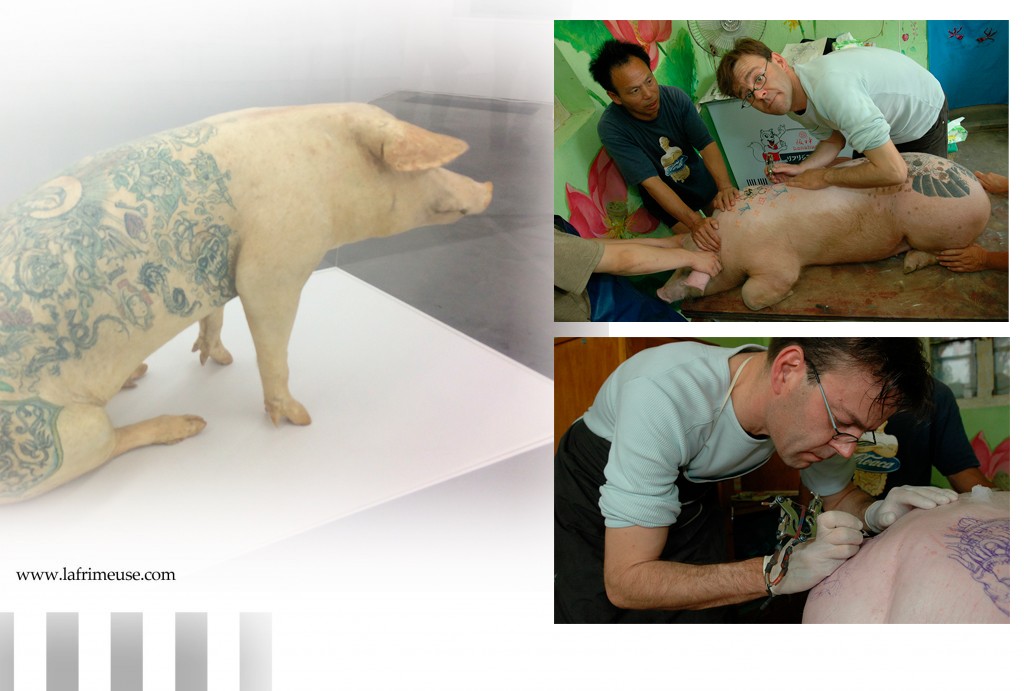 Wim Delvoye became world-famous for his sensational project – China farm, created for pigs whom he richly adorns with tattoos, creating living works of art (no animals suffer, tattoo is done under light anesthesia, pigs live their full life without the threat of slaughter). Would you like also a pig with the Lui Vutton logos, as well as a handbag or any other branded thing? 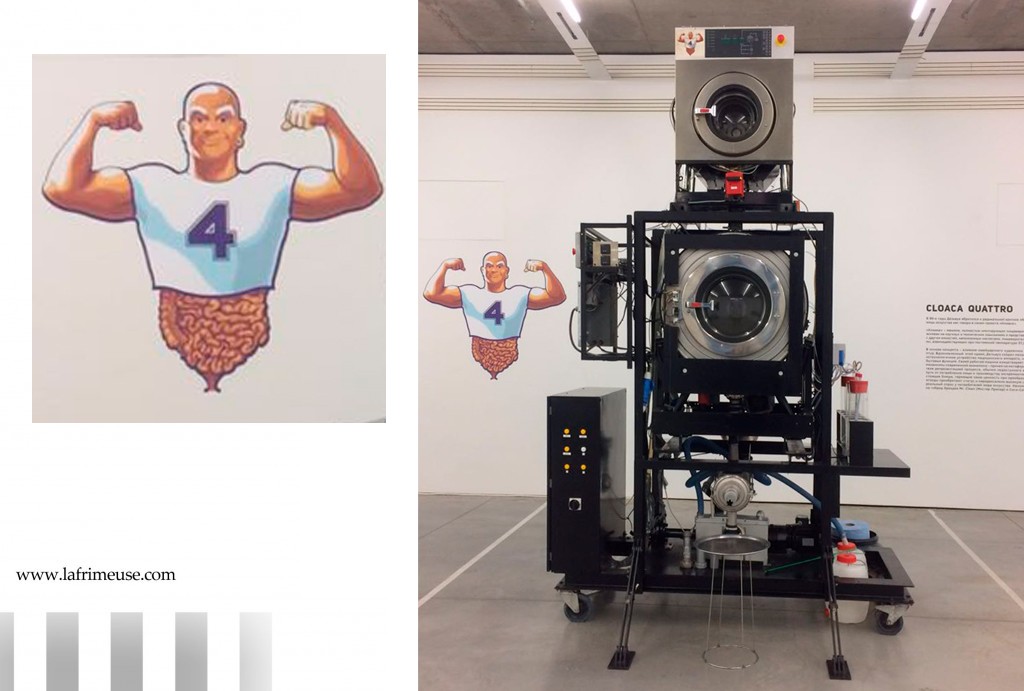 A large exhibit is the so-called cloaka. Model of the biological process of consumption. The machine is designed as a prototype of the human digestive system, even the temperature inside the unit is 37.2 º. The autumat is fed delicacies, and the output is only excrement. 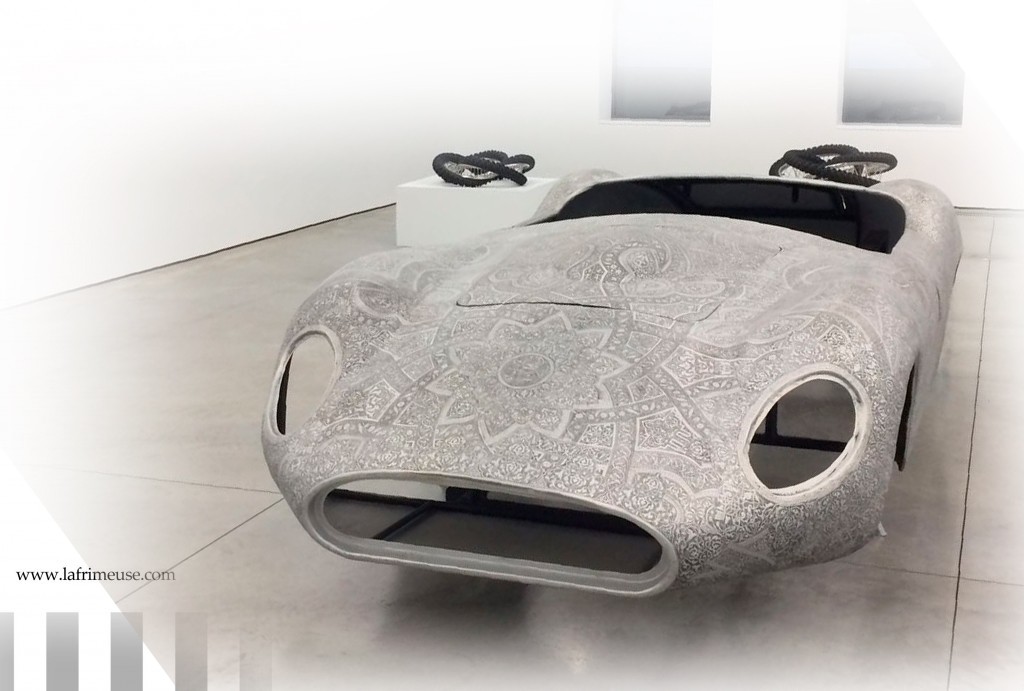 The case of Maserati with engraved ancient Iranian patterns, twisted wheels or potato guns, all of this are questions to us, to society.
So read the message! 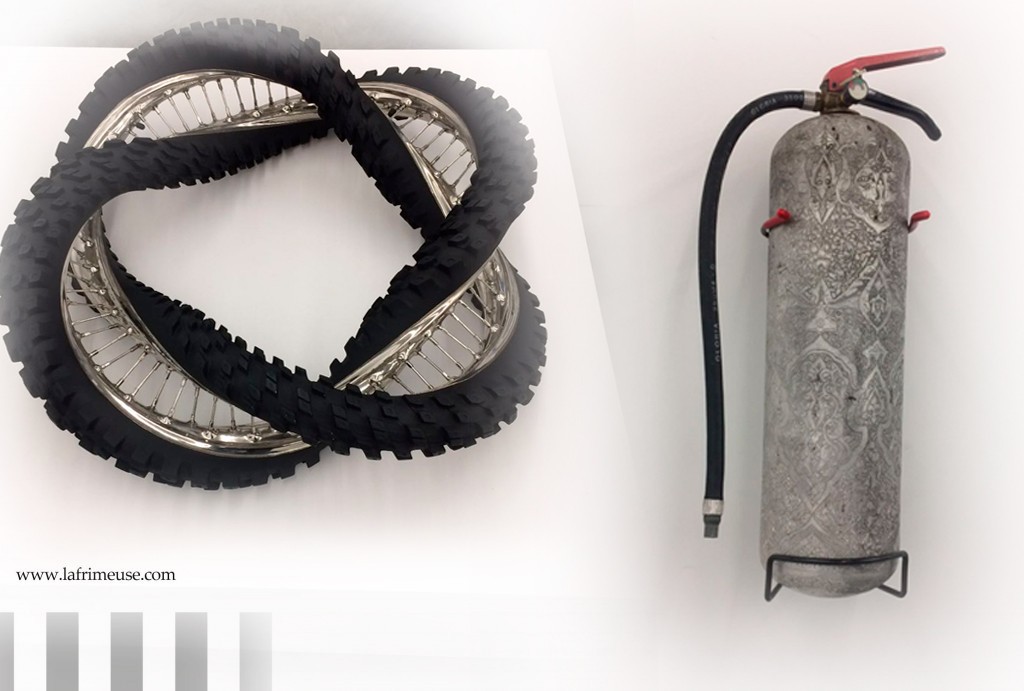 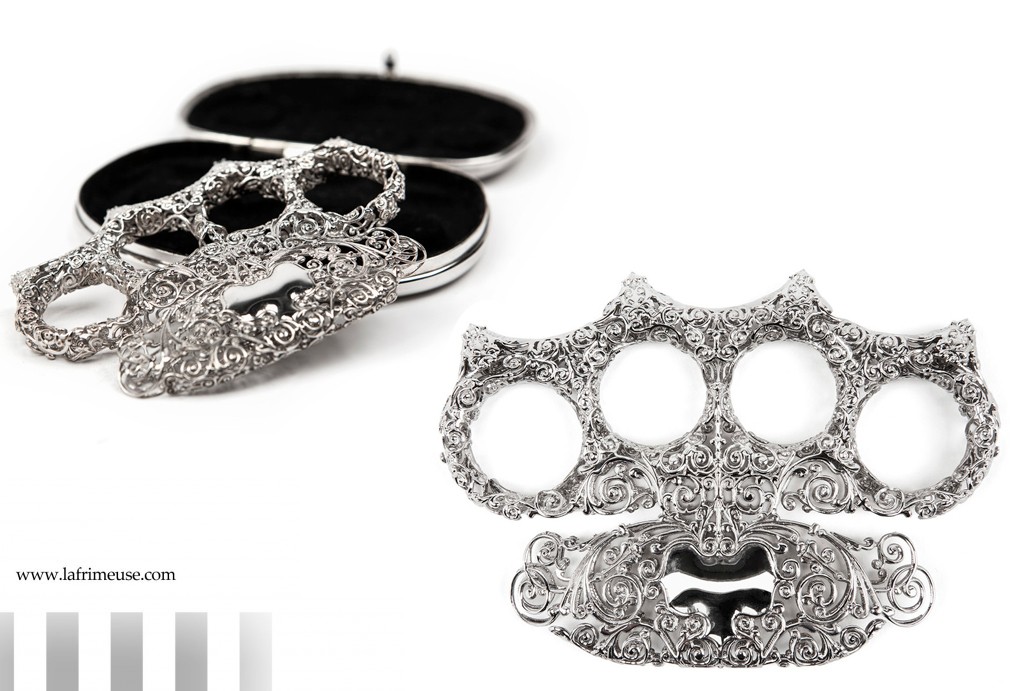