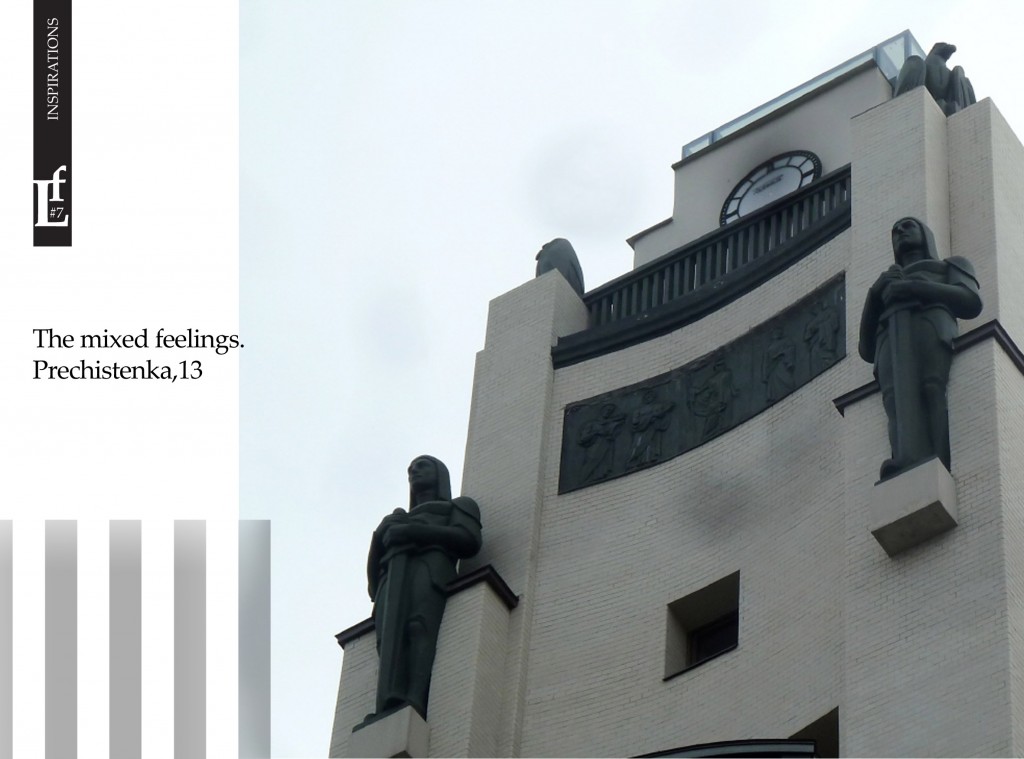 Just want to say, I am not talking about architecture and not even about the history, and it’s not advertising one of the most expensive residential complexes, it isn’t grumbling about modern buildings or some reconstruction. And finally,there are not traveler’s notes. there are just the impressions of a slightly lazy and carefree person who strolled through the narrow streets and alleys in search of the atmosphere of old Moscow.

The impression  and then curiosity led to aspiration  to delve into the subject, to rummage in the Internet, search for everything and everyone involved in the history of the construction and further to the reconstruction of the building  which has great originality that for the first time and you do not understand, it’s shocking you by its novelty (literally) and pomposity or delights you by its elegance and imposingness. 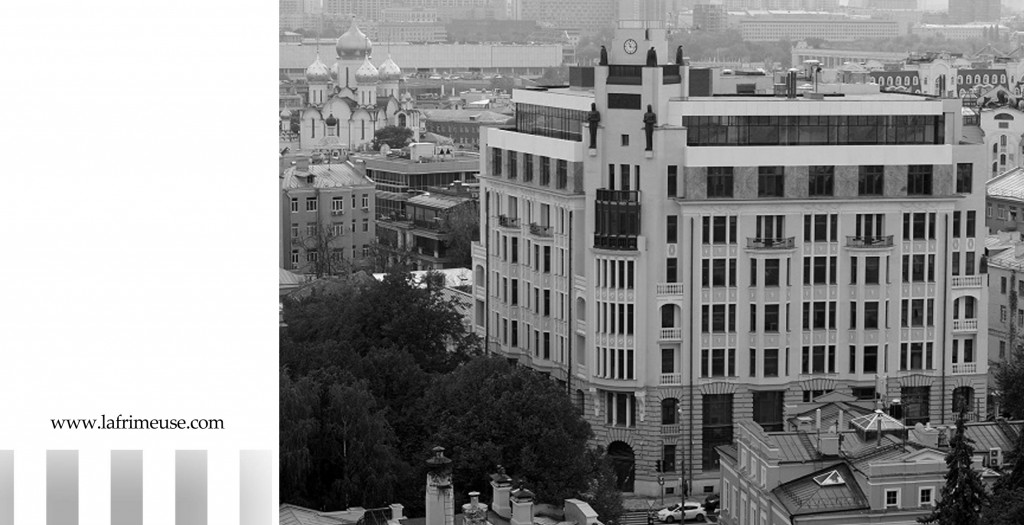 This house has suddenly appeared in front of the eyes in an area where moscow’s manors and mansions is standing in a row and opposite, with their columns, mezzanines, balconies and as it seems,  with comfort and warmth in the past. 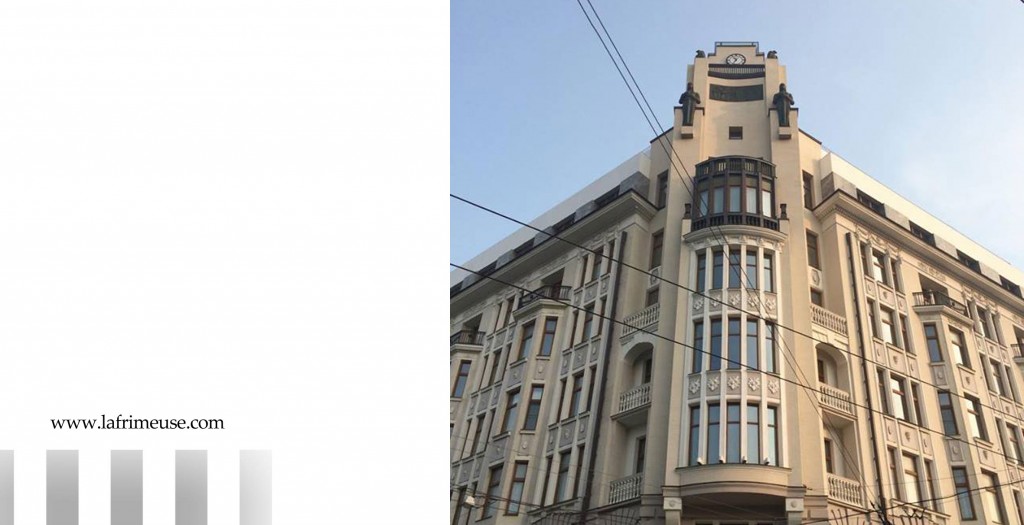 The building at Prechistenka 13 leaves a strange feeling that there is so much mixed up – the beginning of the ХХ century, modern, decor in neo-classical style, the architect of German origin, an apartment house with well-known tenants, the literary quarter, the artists of «Jack of Diamonds», Bulgakov, the characters in his books and even Satan’s ball. So, here, gentlemen! But someone pass by and wince: «ugh, a such new replica!» 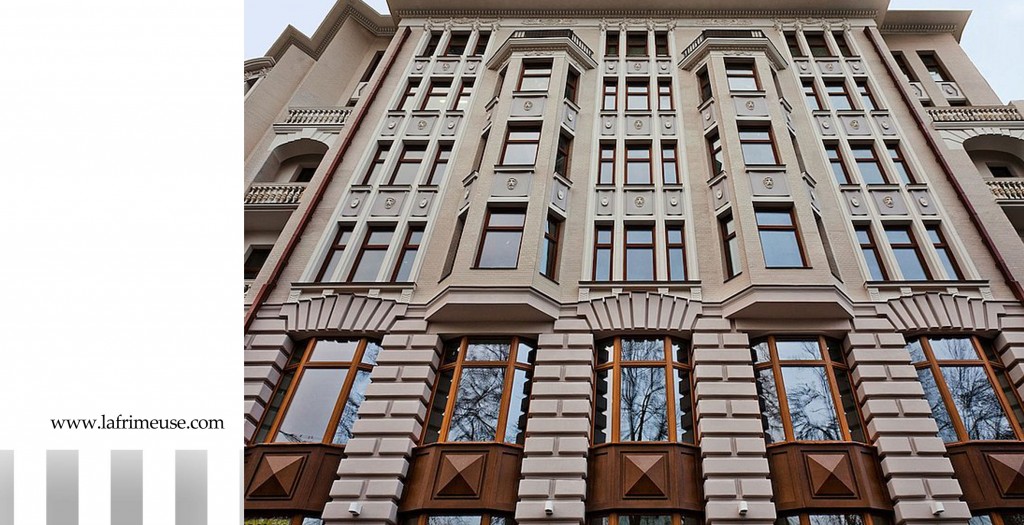 The house is really renovated and has undergone significant changes from the its original  appearance.  But such is the fate of this, namely, the residential complex – to live, to change over time and carry the features of different epochs, to be strangely attractive, repulsive and intriguing at the same time. I have finally got confused you?

The intrigue  has not prevented  anyone else. 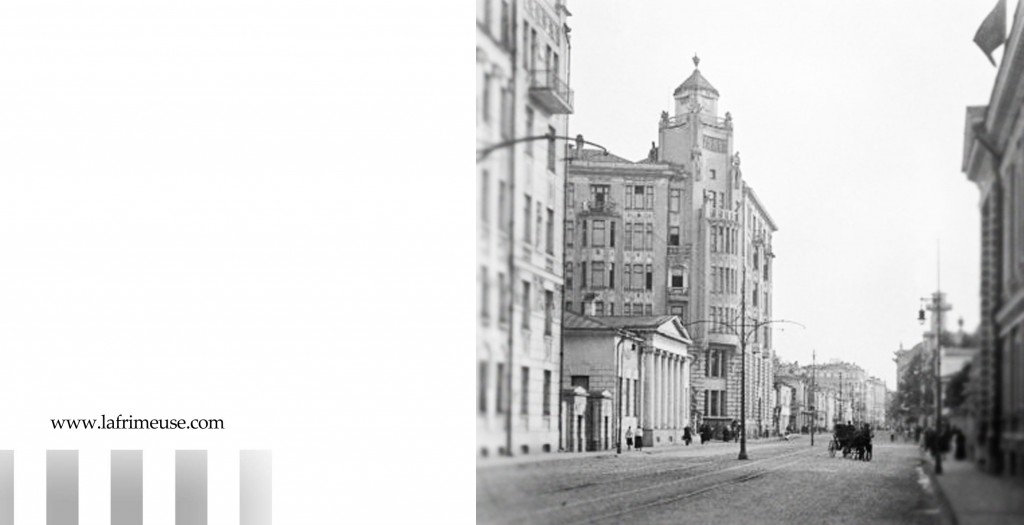 Initially the land for construction of the apartment building in the heart of Moscow bought the «Northern House-Building Society», organized in 1889 by the famous Russian entrepreneur Savva Mamontov.

The company’s tasks were to build a luxury hotel in the center of Moscow and several townhouses for sale. Savva Mamontov was the initiator of the introduction of the Art Nouveau style by ordering new building objects. According to him the new style could not only transform the streets of Moscow, but also attract wealthy buyers. But the tragic combination of circumstances that led to the bankruptcy, and further to the arrest of SI Mamontov in 1899 did not allow to realize the project.

The commercial building society under the direction of Y. Rekka erected this luxury apartment building.

The project was owned by the German architect Gustav Gulrich, a member of the Moscow Architectural Society (since 1906). At that time, he worked successfully and created a lot of interesting buildings in the center of the Russian capital. 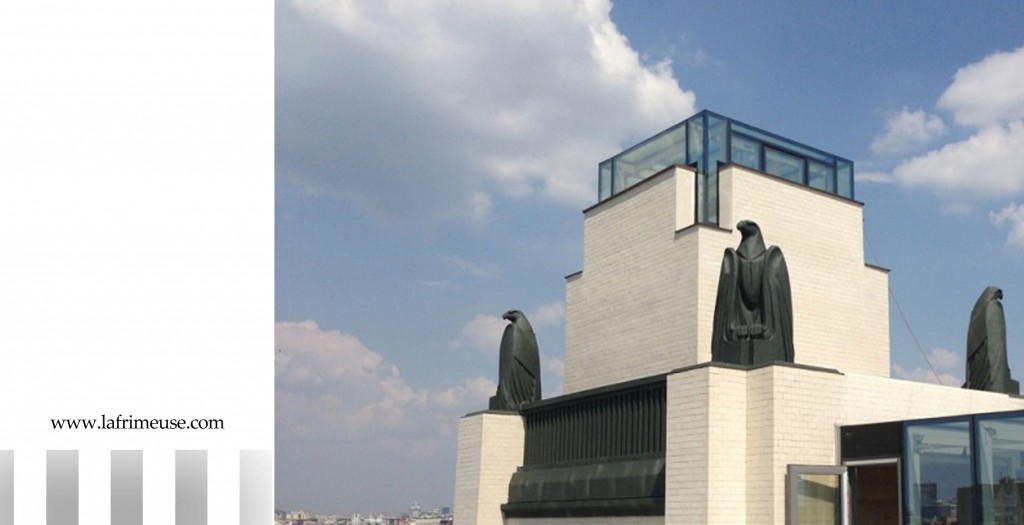 The composition of the building and decor are impressed. The triangular windows are cut into rusticated wall of the first two floors, they break the surface of the facade and  become themselves  the part of a complex volume, bay windows of the third – fifth floors continue to play with forms, they are in contrast to the first two floors stand out  the plane of the wall and each of them «crowned» by open balcony on the top.

Loggias with arches and balusters, rounded  bay windowon the coner of the building with a  balcony on the top and the concave towering completion, all of this seems too much for one of the architectural object, but contrary, all elements of the composition are organically combined.

The decor of the building used by neo-classical moldings and bas-reliefs. The corner tower with vases and sculptures, initially played a significant role in the silhouette of the street, then «disappeared» in the superstructure of the 1980s and the house lost its charm. 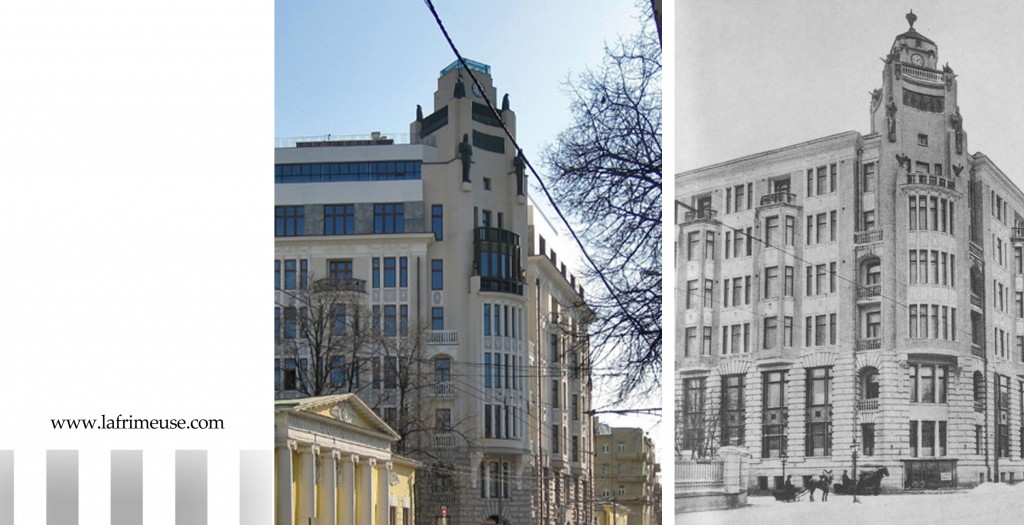 If we compare the two pictures, the modern and one of early twentieth century, one can see now the building looks more monumental at the cost of losing of towers and changing of decor. Originally, it was more elegant. Instead of the sculptures of sitting eagles who either is thinking about something either expecting someone as nowadays,  there were other sculptural decoration. The same birds,in its original form, but ready to take off, and maybe vice versa had just descended on the corner of the building. This gave more lightness of facade composition.

The house, like a living thing has its own history. It is located in a «literary quarter», its luxurious interiors gave ideas of spaces, locales for some writers and many tenants became prototypes of works of art. 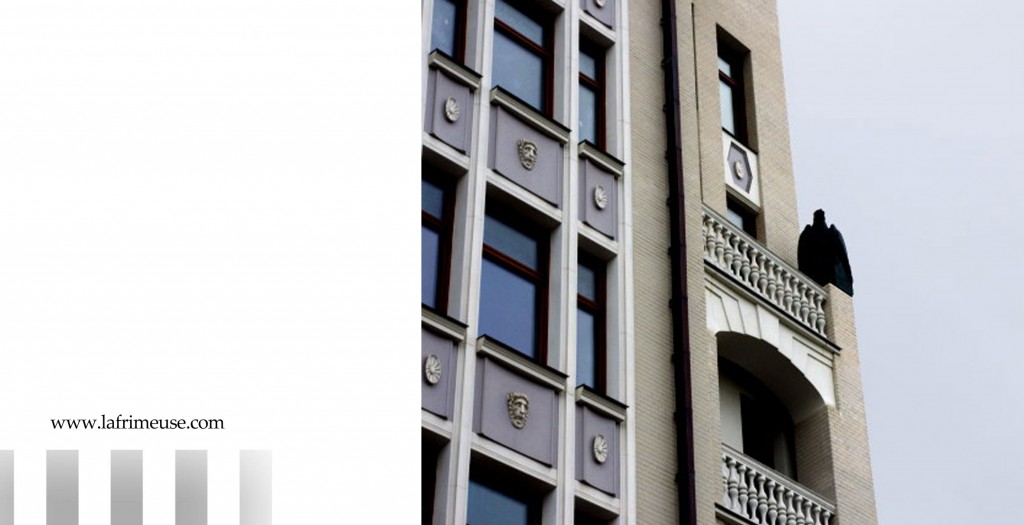 One of the relative of the founder of the famous jewelry company and its legal counsel’s office, A. Faberge lived on the top floor of the building. He owned two apartments numbers 11 and 12, located opposite each other.

He left the revolutionary Russia and his apartment was turned into a communal apartment. Some rooms have given the commune of artists, among whom was a friend of the writer Mikhail Bulgakov, the artist group «Jack of Diamonds», Boris Shaposhnikov.

House number 13, his appearance impressed by Mikhail Bulgakov, where he had been a frequent visitor and presumably placed the heroes of his two books – «Heart of a Dog» and «The Master and Margarita».

Perhaps the apartment of Faberge became that «strange» flat of a widow of jeweler de Fougeray, in which Woland stopped temporary. And where he gave his one and only ball in Moscow. 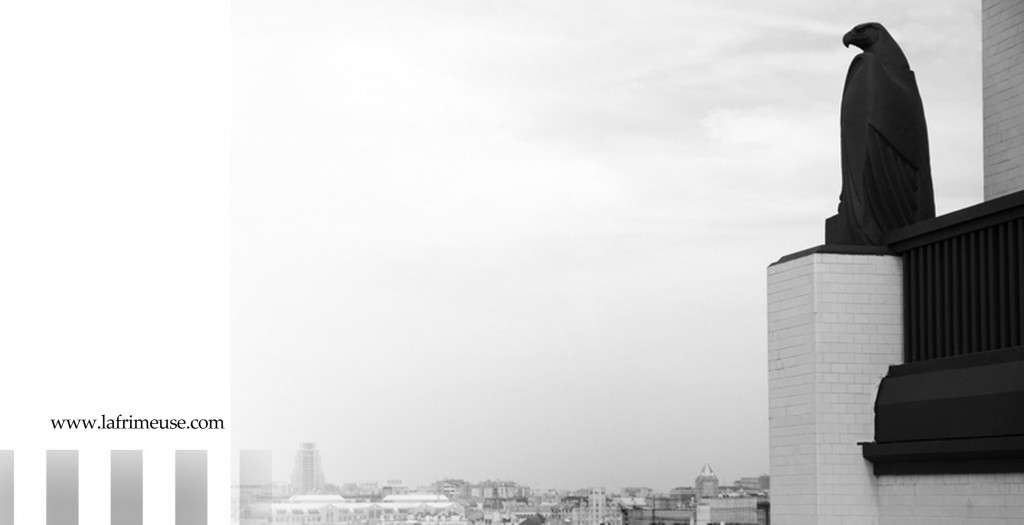 Looking at  these walls, windows, balconies with balusters, the idols on the facade, the harsh and brooding proud birds that gaze into the distance, one can believe that and nowadays Bulgakov’s foreign guest and his entourage would choose this house again. Incidentally there is penthouse, 800 square meters, and has not sold yet. So there is the venue….