Patrick Nagel. The captivating power of beauty and aloofness 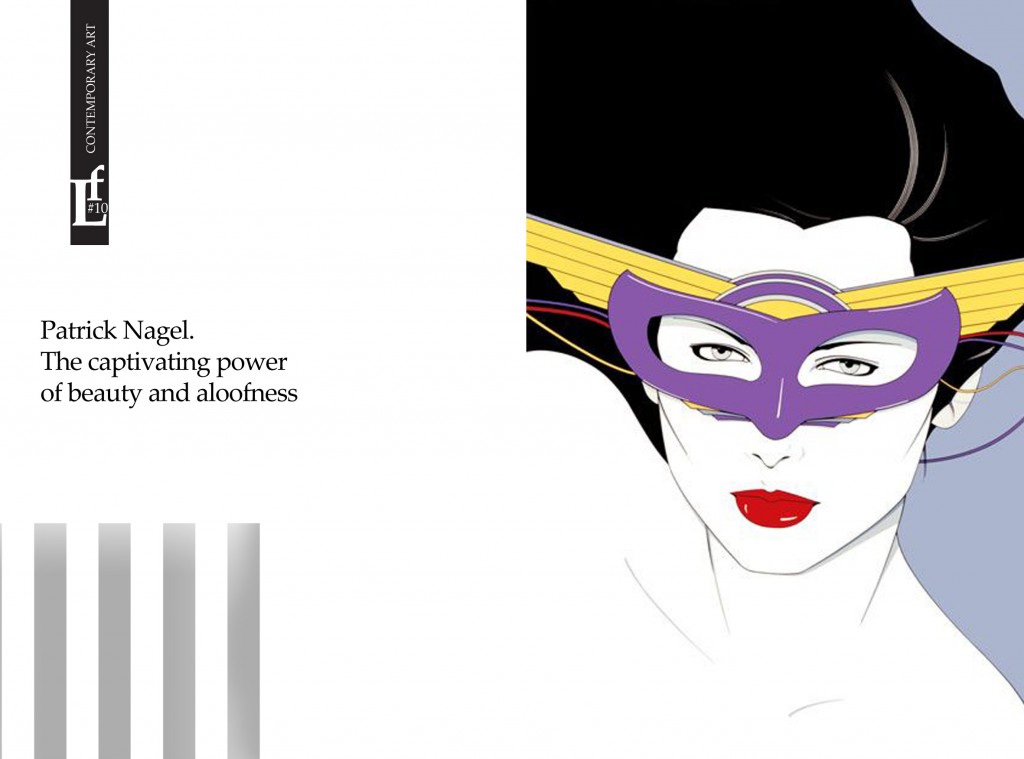 Sometimes it is extremely difficult to assess the work of a modern artist, to define him as the founder of the direction of art, but no one can argue that Patrik Nagel (1945-1984) was a trendsetter, a creator who inspired a great number of illustrators, the concept of artists and designers. His manner is imitated and nowdays by the artists of comics, the game industry, animation and fashion-illustration. 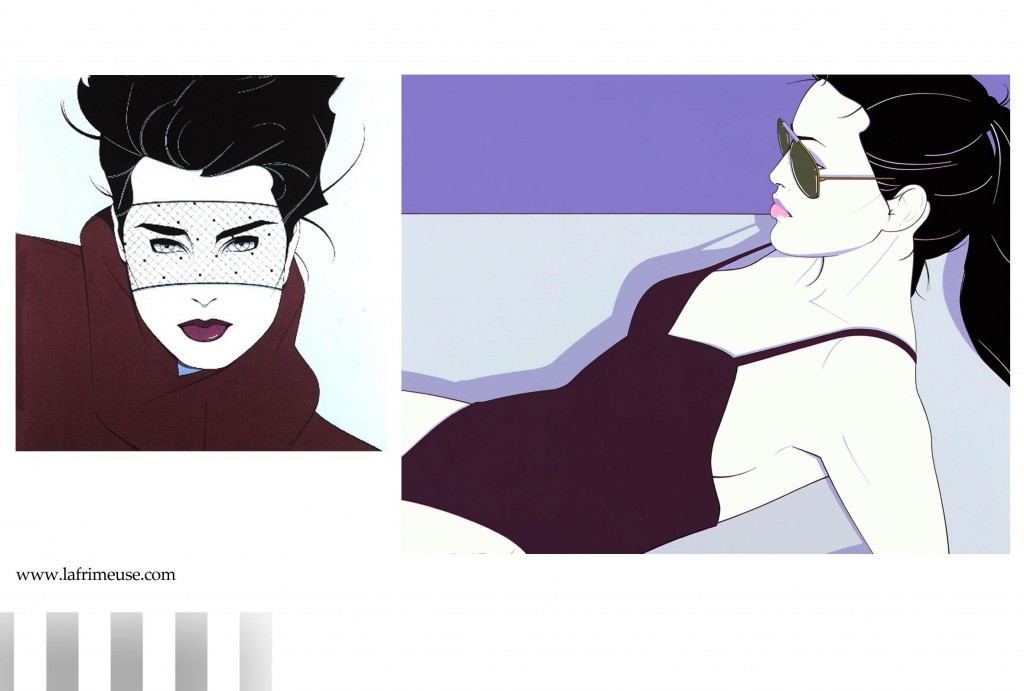 The style of Nagel’s works is recognized right away, a clear line swiftly and confidently draws faces, figures. These silhouettes, although frozen in their poses, but in a moment will come to life and the reality they are familiar with will go on as usual.

His heroes, or rather the heroines – women of the late 70’s early 80’s – bold, self-sufficient, but at the same time, fragile and mysterious.

Friends of the artist recall that Patrick Nagel loved to work at night, his visions, the muse in the form of modern women came to him. 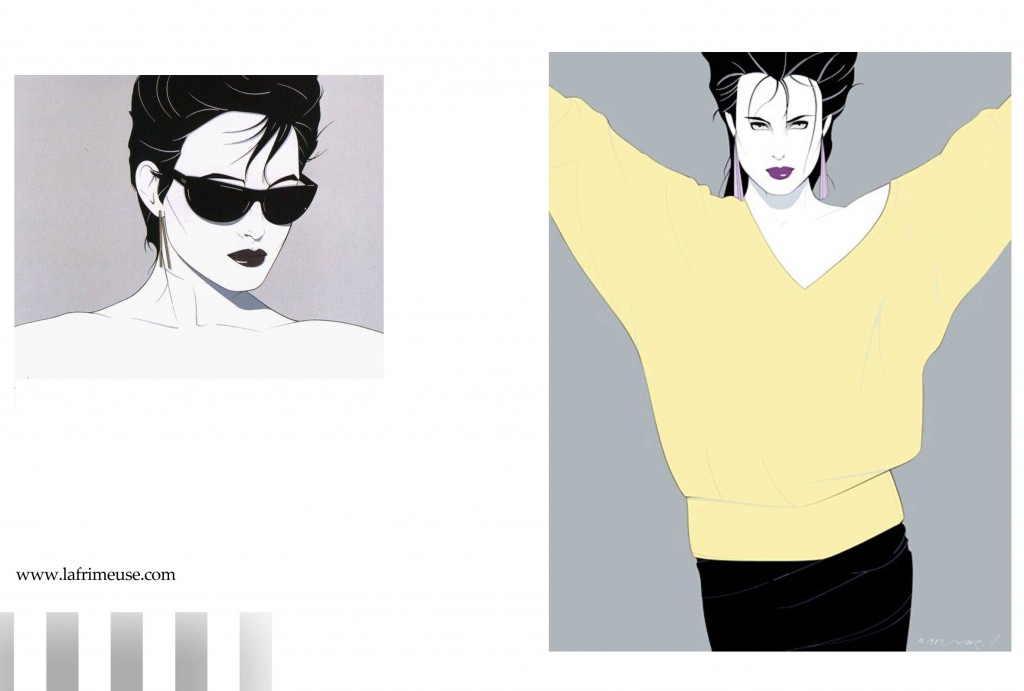 Beginning in 1976 he began to receive regular commision from the magazine Playboy, which increased the popularity of “nagel’s women.” In 1978, Patrick Nagel created a cover for the legendary Rio group album Duran Duran, which became platinum. 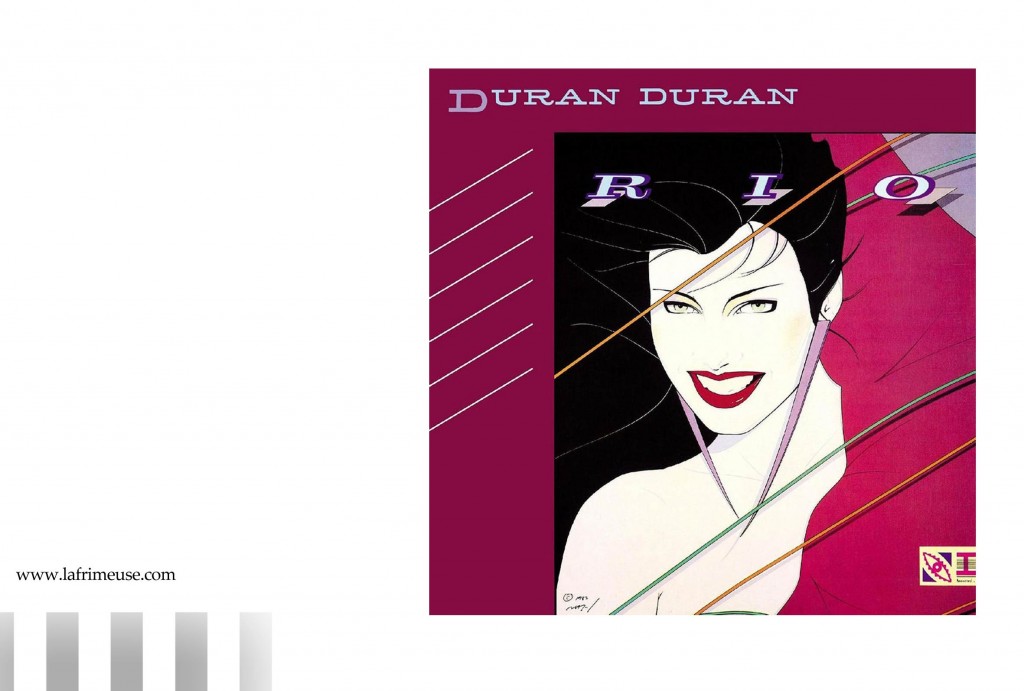 It’s felt the influence of Japanese prints in the works of the artist, and also to some extent the Art Deco style, but at the same time it is a completely modern look and message to viewers.

Starting with the photo, he created a simplified drawing, then translated it into a pictorial image. The ,bold black lines are forming an image in perspective. He tried to show more by minimal means. 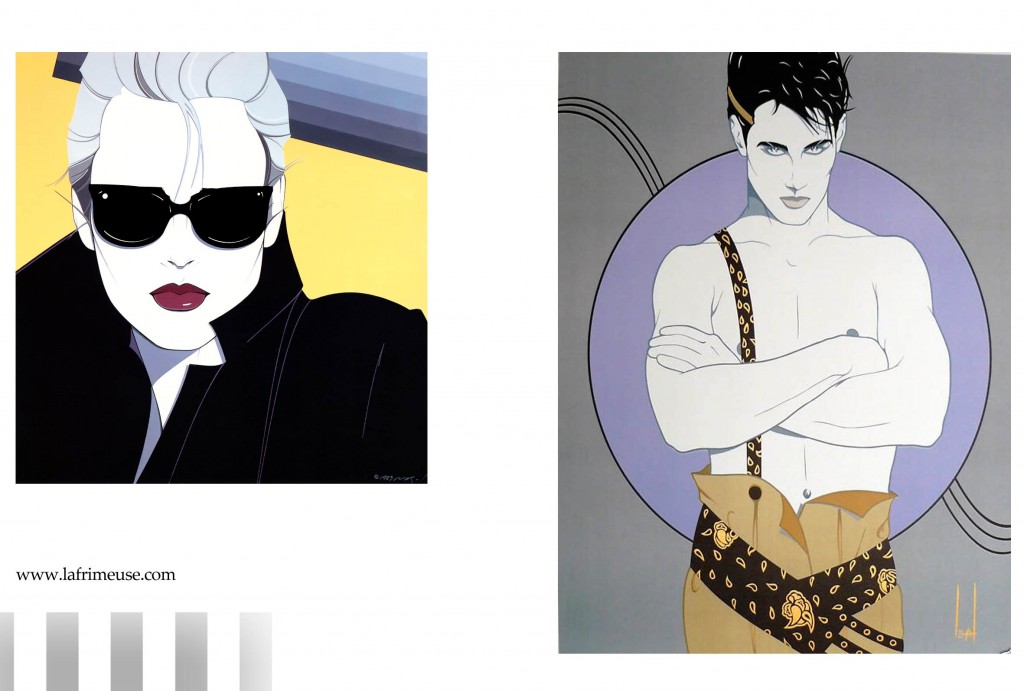 During his lifetime Patrick Nagel had several solo exhibitions.

His paintings of the first exhibition were sold out in 15 minutes. His posters are collected in prestigious institutions the Library of Congress, the Oakland Museum, the Grunwald Center for Graphic Arts at UCLA. The permanent exhibition is in the library of decorative arts in Paris ( The Bibliotheque des Arts Decoratifs, Paris) and the Smithsonian Institution.The largest collection of his works belongs to Hugh Hefner and is in his residence Playboy Mansion. 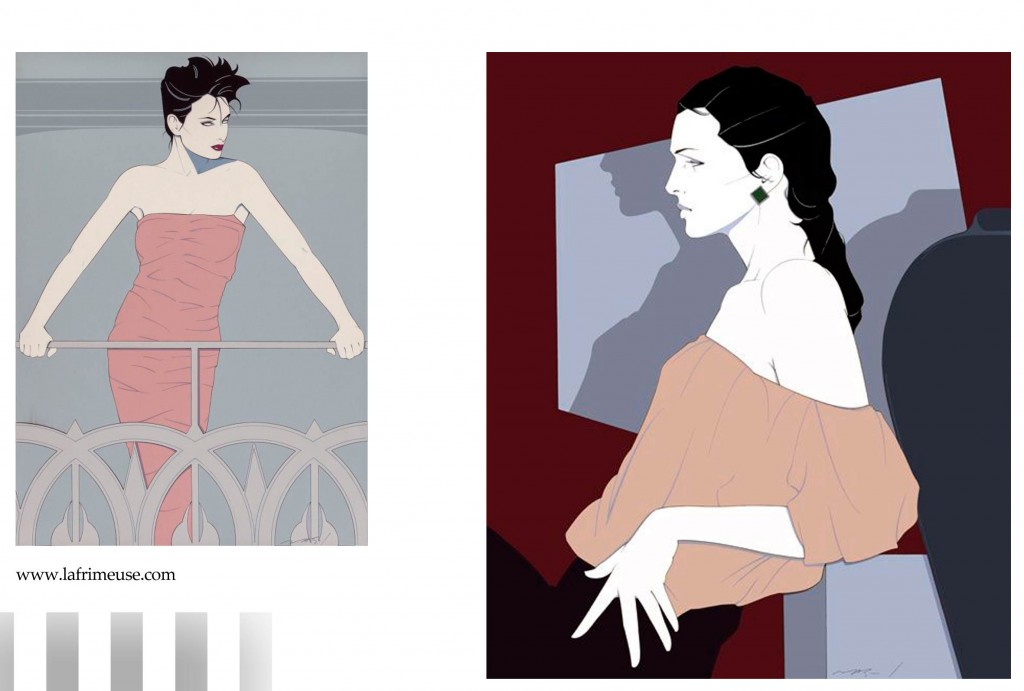 According to the recollections of the friend and curator of the artist Karl Bornstein, the artist, Patrick Nagel was a humble man with a subtle sense of humor. 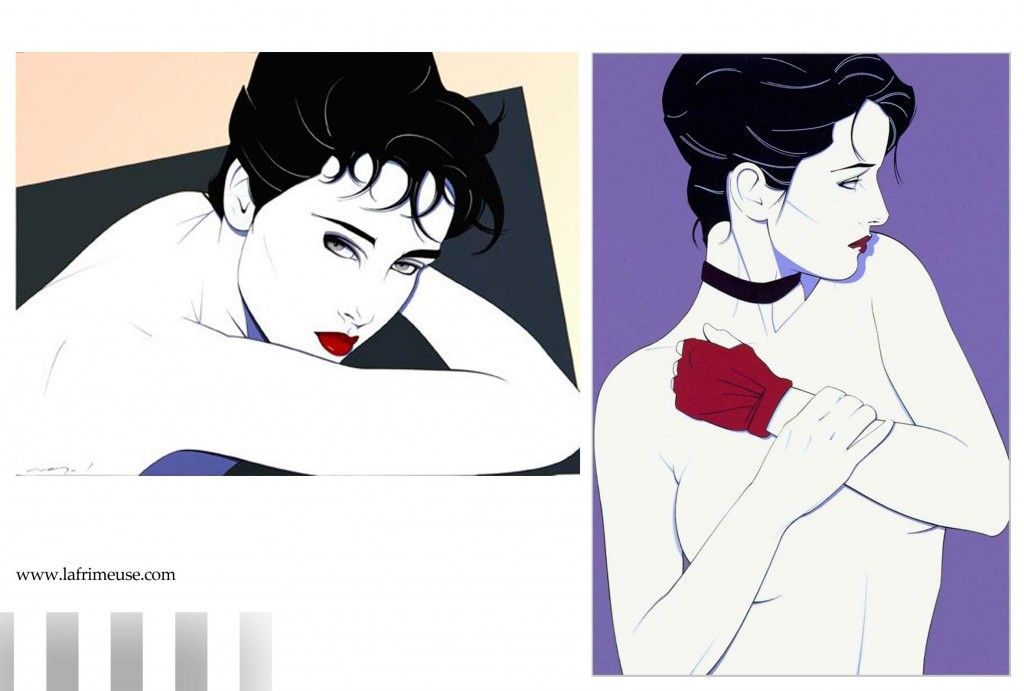 “The success of Nagel’s work truly startled him. He was having so much fun doing them that I think he was somewhat afraid that if he became too successful he would have to take it too seriously, but that never happened. He used to say that one day he would wake up and all this would be over. I think his enormous success can be explained by his appeal to those who are fascinated by the mysterious, cool end of the figurative spectrum. He danced along the edge of illusion; he played with the power of paradigms—of beauty, grace, style, aloofness, and mystery; he brought those qualities back to a world that is at times too serious and bleak.” -Karl Bornstein. 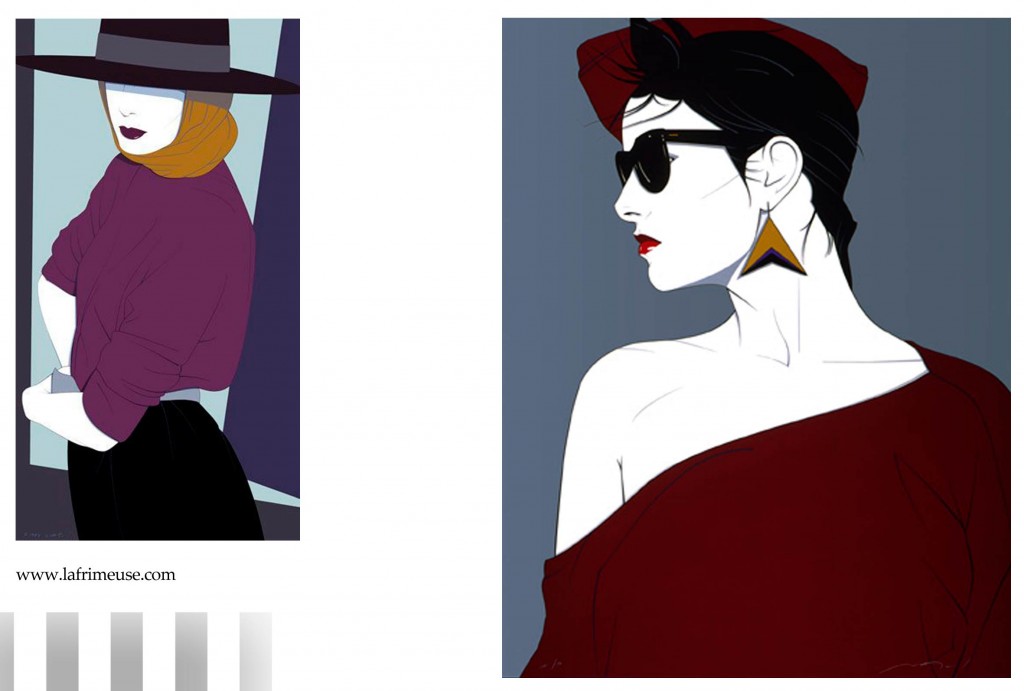 An unexpected death in 38 years from a heart attack cut off the unique creativity. 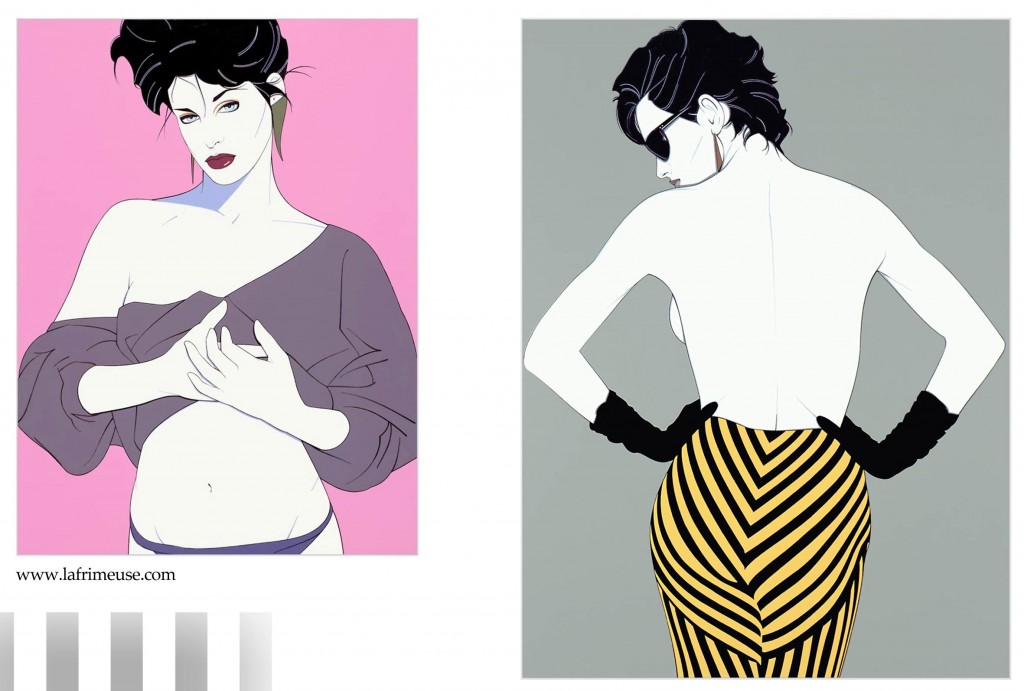 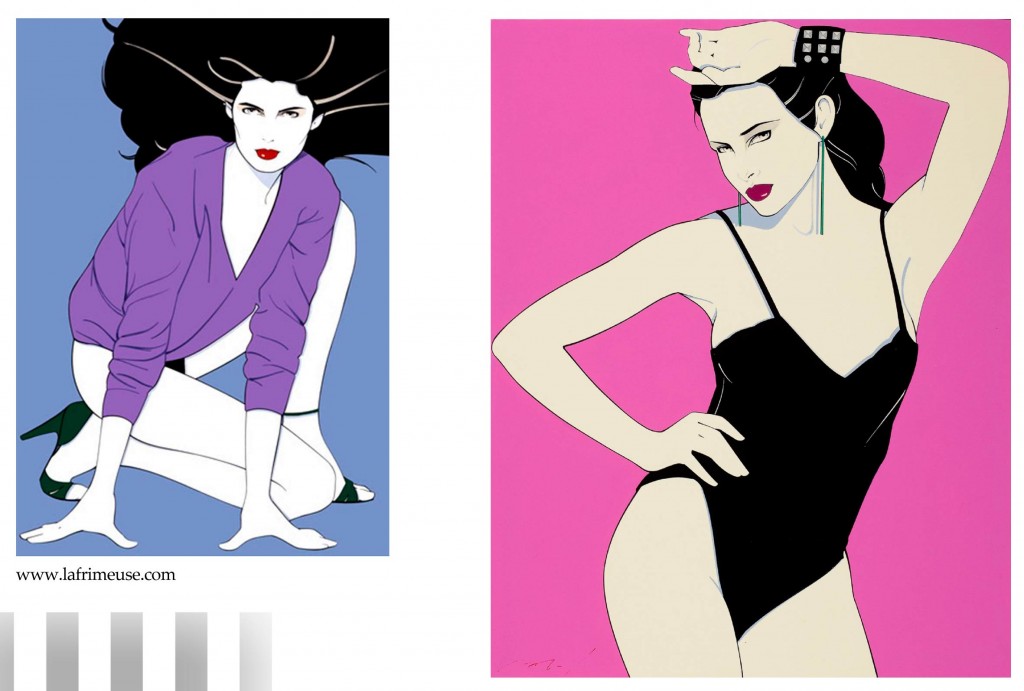 All photos are www.pinterest.com