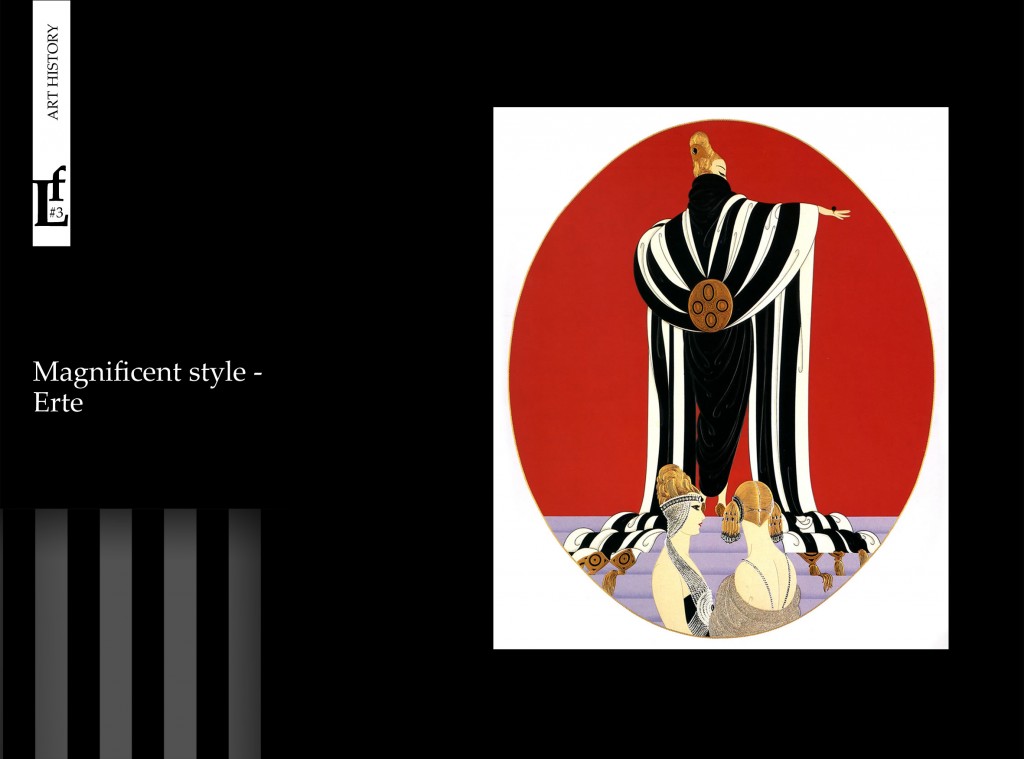 Have you ever covered a desire to draw after watching the works of any artist? Would you like to create a sketch by the movement of one line and to add up color by the same temperament and elegance? Have you ever caught courage and grabbed  a pencil in the creative fever? Erte is one such creators.  His works are inspired, and give impetus for the desire to create.

This amazing artist, designer, decorator is hardly attributed to any one style, and as well difficult task to determine for him or only one category in the magazine. Sections of «art», «design», «inspirations» and finally, «style» fit for the narrative of creativity of Erte. Although experts call him «King of Art Deco» or «father of Art Deco» , he has never acknowledged it. The artist had had created his own style and he was true to his long life. 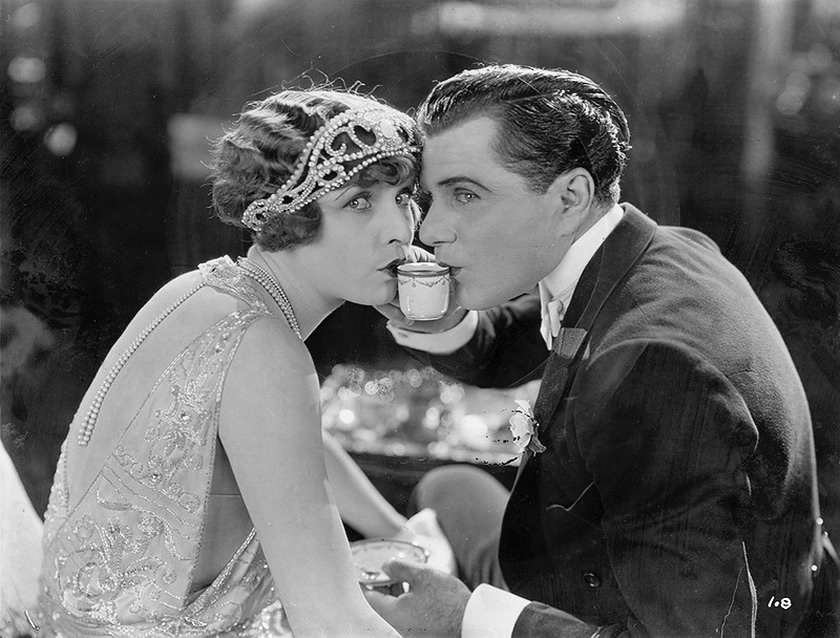 Erte is pseudonym of the artist of russian origin, but  lived and worked  in France, Roman Petrovich Tyrtov (1892-1990). His amazing fate which covered nearly a century, with all its wars, revolutions, impetuous technological progress and of course, with the change of styles and trends in art.

Imagine, Erte began his career in the 1910s, was a contemporary of the famous art movement «World of Art» (Mir iskusstva), admired the works of Alexandre Benois and Leon Bakst, who had spread the glory of Russian ballet art in general in that time in Europe. He created the collections of clothes for the fashion house of Paul Poiret. He founded his own fashion brand. He made the costumes for the famous cabarets in Paris. Is not it  a surprising destiny! 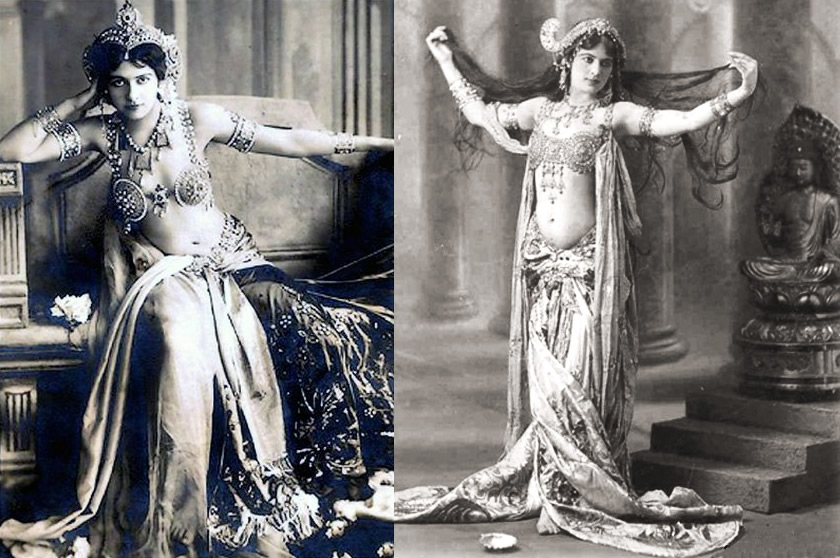 Mata Hari in a suit by Etre. The photo from www.erte.ru

Further even more interesting, the notorious dancer and spy ordered him her stage image.
Russian art critic, patron, ballet impresario and founder of the Ballets Russes, Sergei Diaghilev asked him to create the scenery and costumes for the ballet «Sleeping Beauty».
But fate decreed otherwise, the same day the fortune palmed off him a lucrative overseas contract. 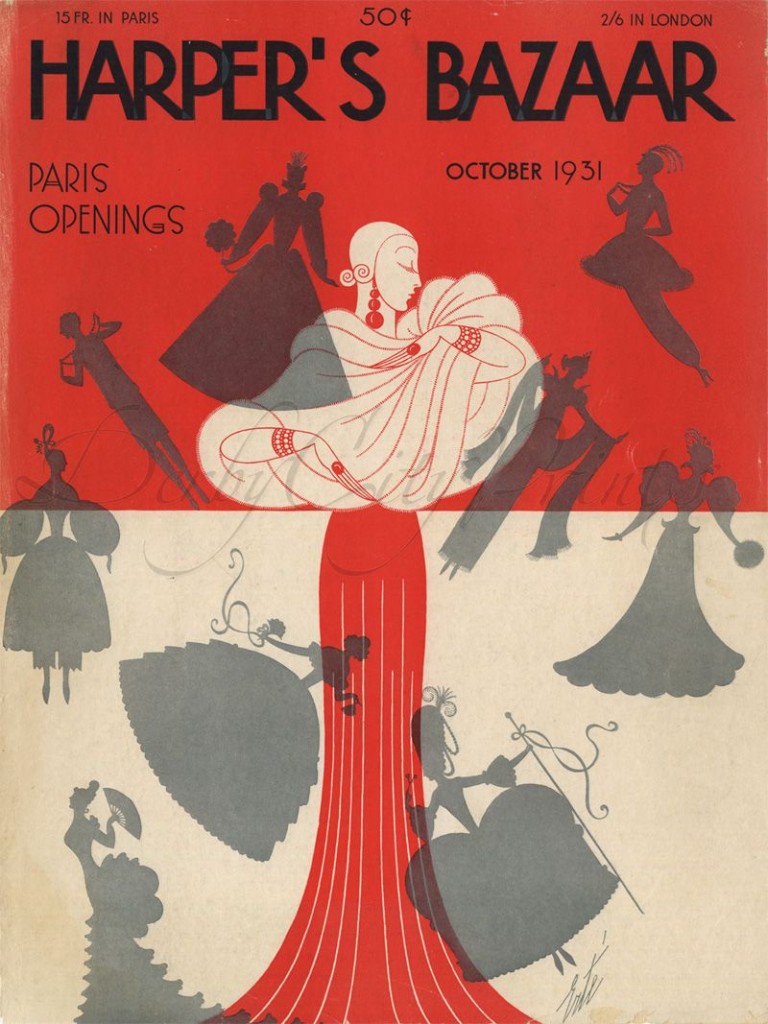 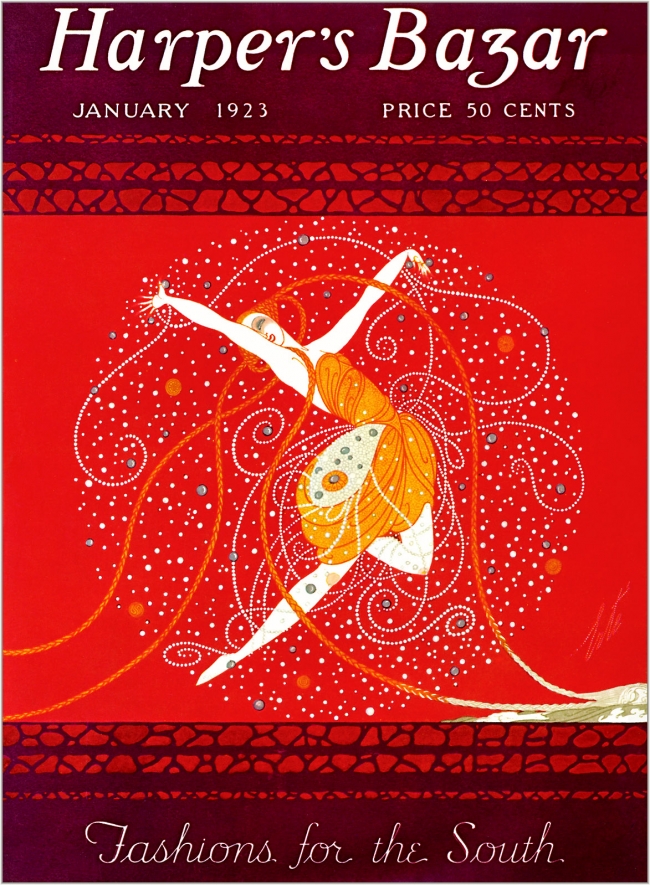 Magazines Harper’s Bazar, and Vogue offered him cooperation. Erte was confused and came to Dyagilev. But artistic director offered to choose a better offer. It meant the work in America.

In total, he worked there for 22 years. He made a huge number of illustrations and covers for fashion magazines. 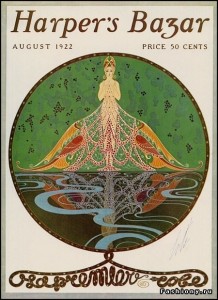 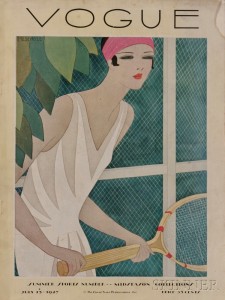 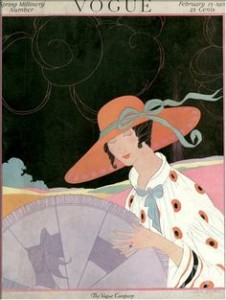 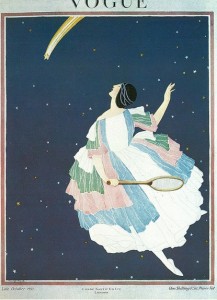 Usually success does not come alone, and Erte was invited to Hollywood, where he  worked in the studio  MGM as a costume designer for the stars of the silent movie. The Golden Years of his creativity certainly occurred at the end of 20th -30h’s, when the world is dominated by Art Deco and Erte was the brightest representative of it. 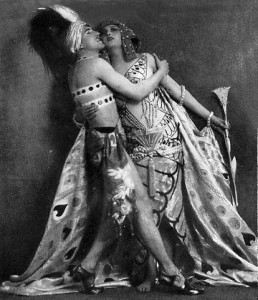 The design of costume  for the actress Aileen Pringle by Erte in the film «The Mystic», 1925. The photo from http://anunjimm.tumblr.com/

The actress Aileen Pringle by Erte in the film «The Mystic», 1925. The photo from http://anunjimm.tumblr.com/ 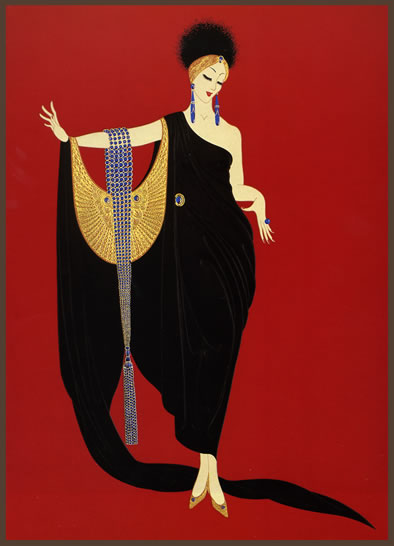 Further on, with the development of functionalism, the weakening of interest in his illustrations, Erte switched to theatrical design, as well as the world of fashion.

Erte. The costume for Ganna Walska as Floria Tosca in Tosca, Act II, 1920. the photos from www.pinterest.com/hansfriedrichs/erte 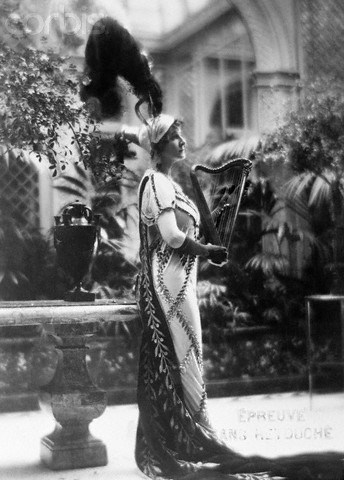 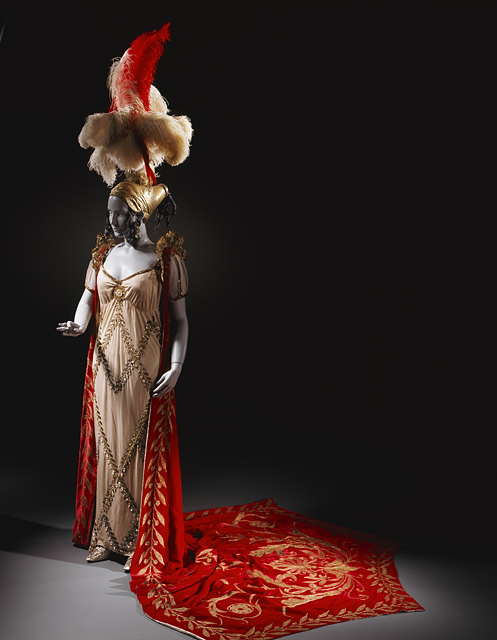 The costume by Erte for «Princess Borghese».

As a designer he made sketches  of clothes and developed designs for fabrics. He proposed (back in 1920) reform of suit  as  the principle of «unisex», homogeneous modeling of clothing for men and women. 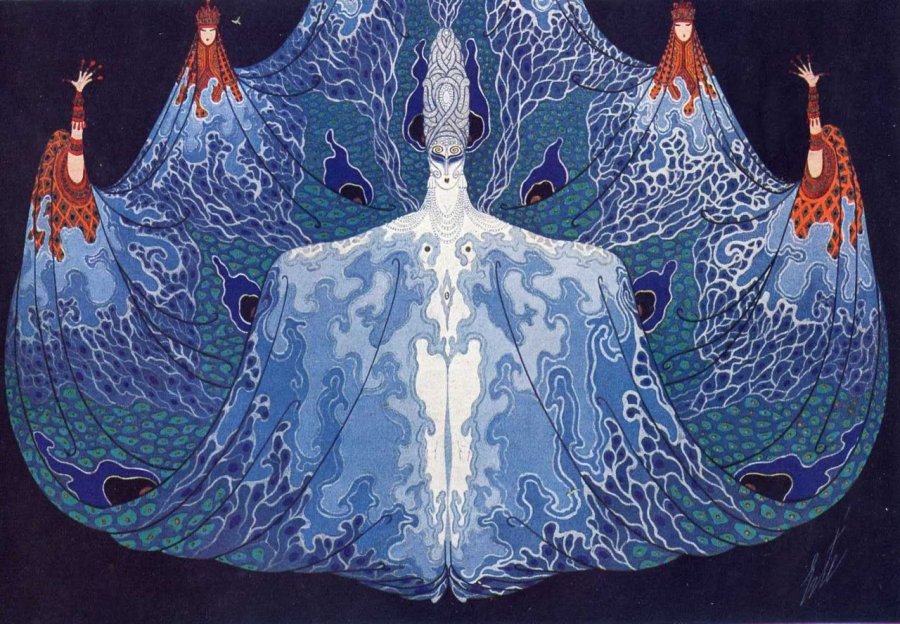 At the end of the 60s again  the interest flared for art Deco style. Erte was already 70, but he was full of energy and creative plans. Erte was again invited to draw up posters for the music hall «Folies Bergere» in which he  had worked in 1920-30s. 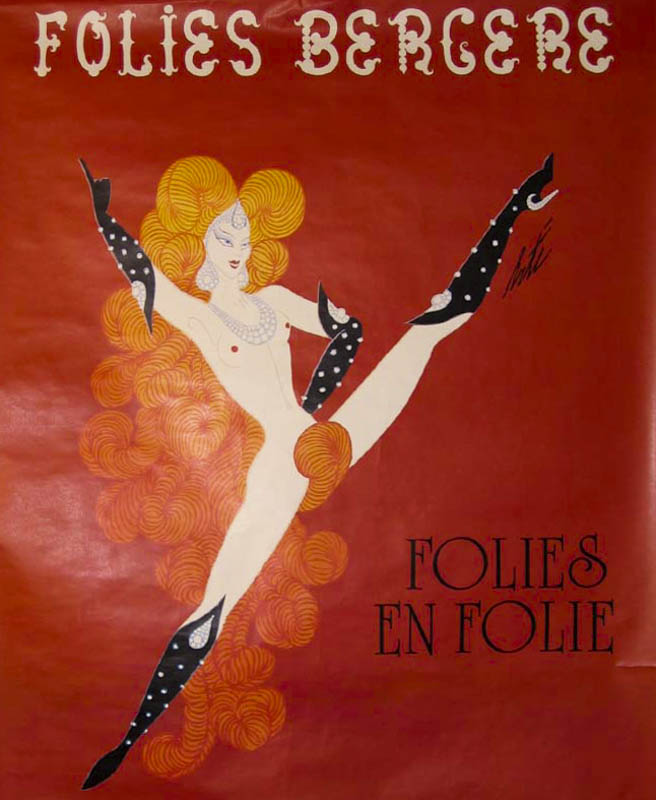 At the same time he worked on a series of prints of the serigraph – each section of color stencil stained separately, and such areas overlap. The 75 copies of the series have been sold to collectors for huge money. Erte argued that because of his work demanded of new technologies and increased accuracy of drawing, he made many discoveries in the field of printing and graphics. 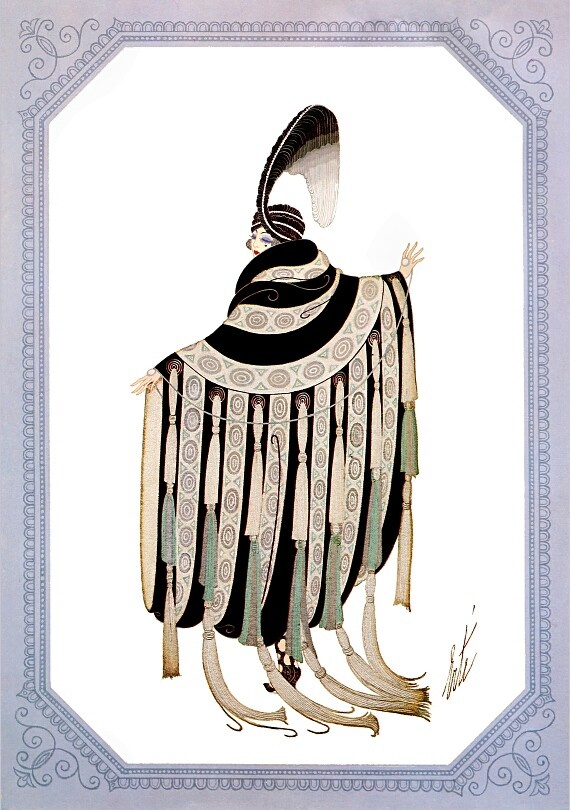 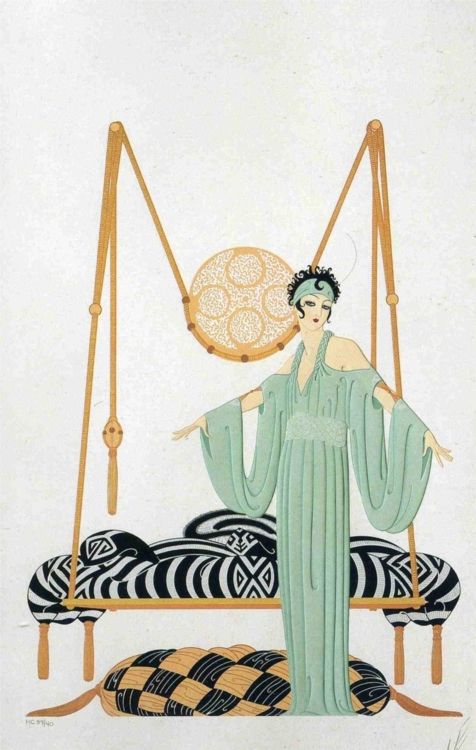 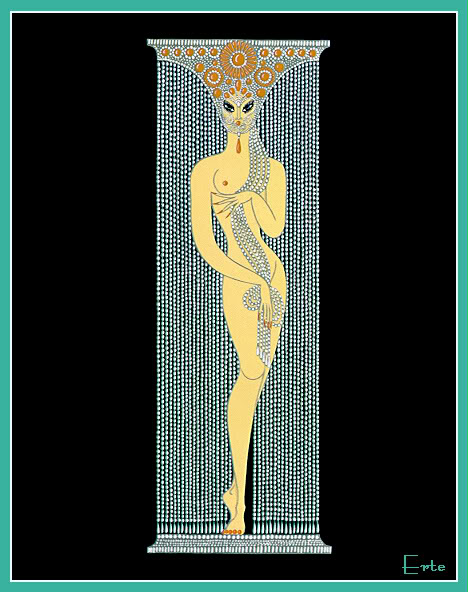 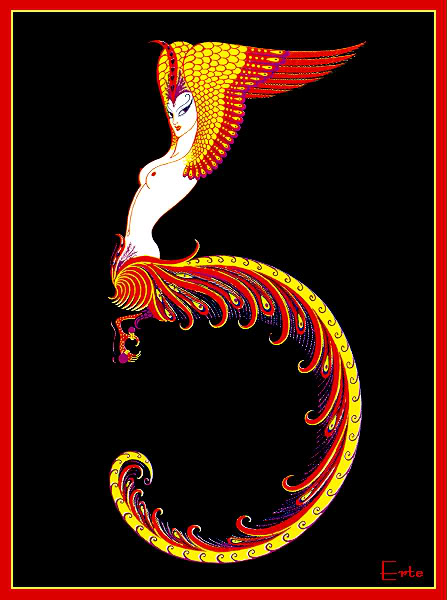 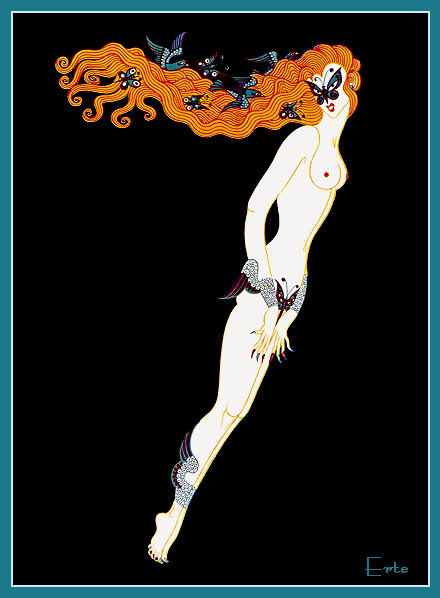 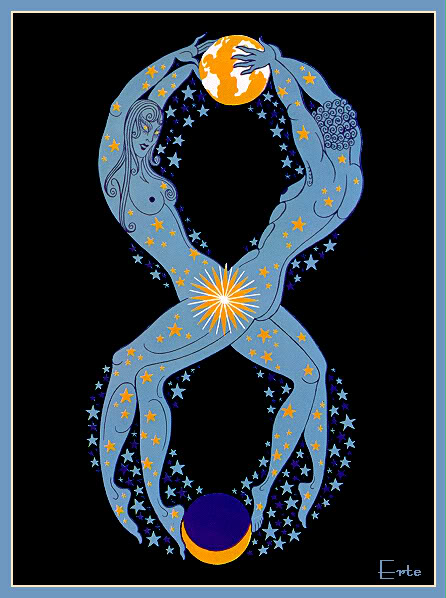 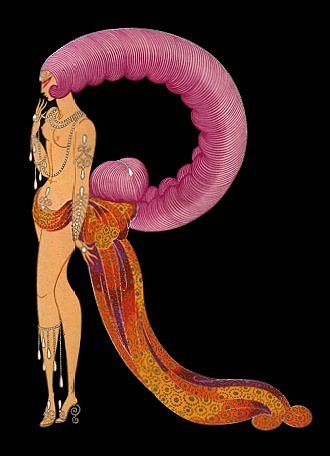 The works of Erte successfully demonstrated in Paris, London, New York and Tokyo, about him and his creativity were made films and written books. In 1967, Metropolitan Museum bought  170 his works. «It was an unprecedented event for the Museum to buy the full exposition of the alive artist» – recalled Erte. – Moreover, the following year the Metropolitan arranged the vernissage, which includes a hundred of these works. While at the Museum there was a rule prohibiting to arrange solo exhibitions of artists still alive, so the exhibition called «Erte and Contemporaries» and included the works of Bakst, Goncharova, Dufy and other recognized masters». 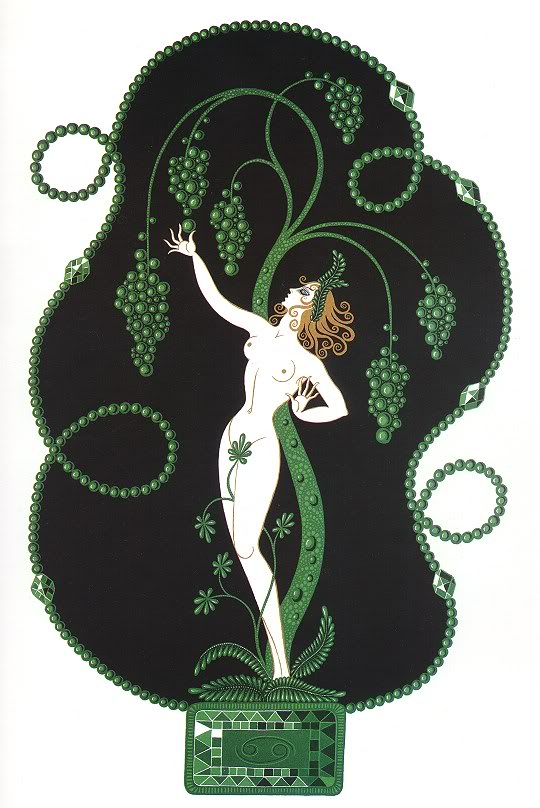 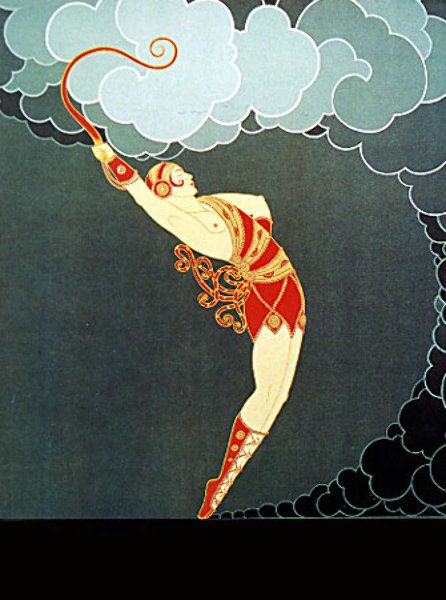 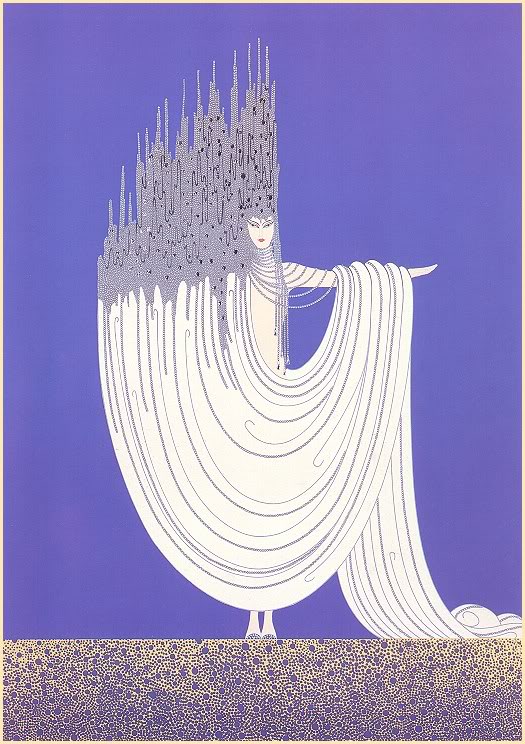 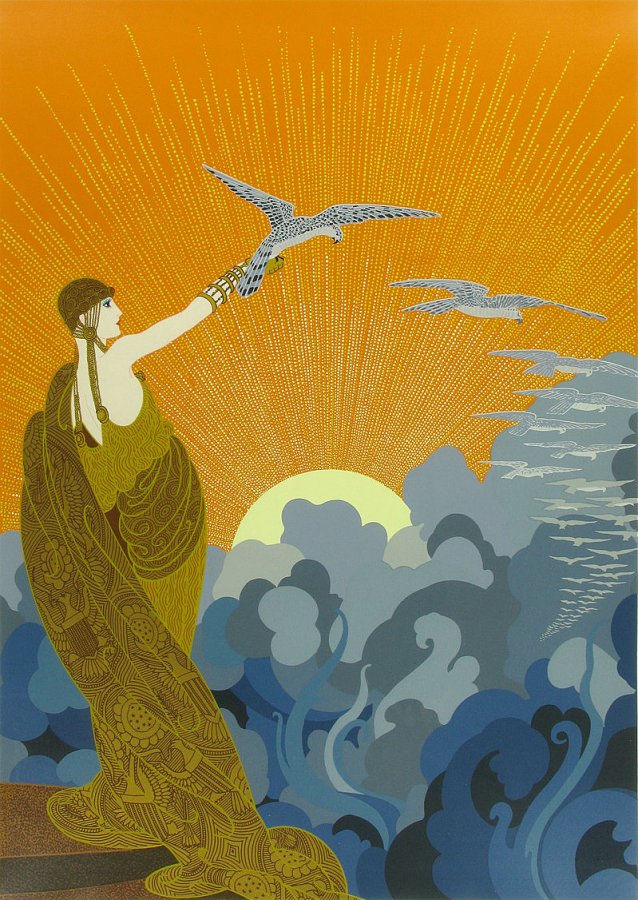 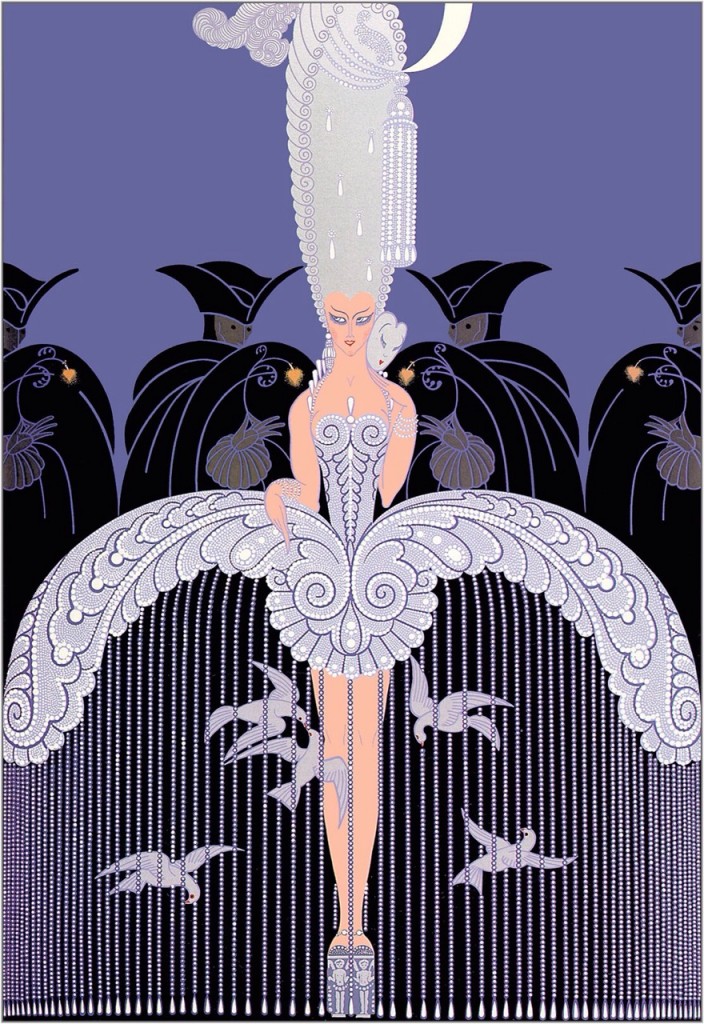 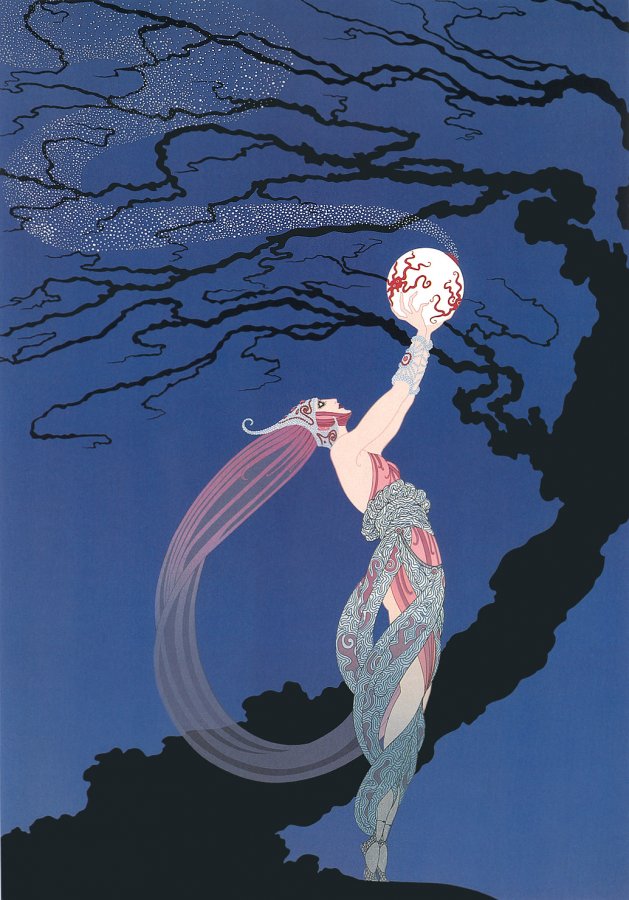 «Maybe your readers believe that I am a modernist, – he wrote in 1919, the editor of Harper’s Bazaar. – I have to say that I do not belong to one of the art schools, the particular style of my drawings is an instrument for the expression of beauty of images. In art, I’m an individualist».

Indeed, the artist has created his own unique, individual, thoughtful, rhythmical and at the same time, full of arts and entertainment and fantastic pictures, style «Erte».

Place the meridians on your own taste
There, where deities dwell. Tibetan Meditational Buddhist Art of Buryatia.