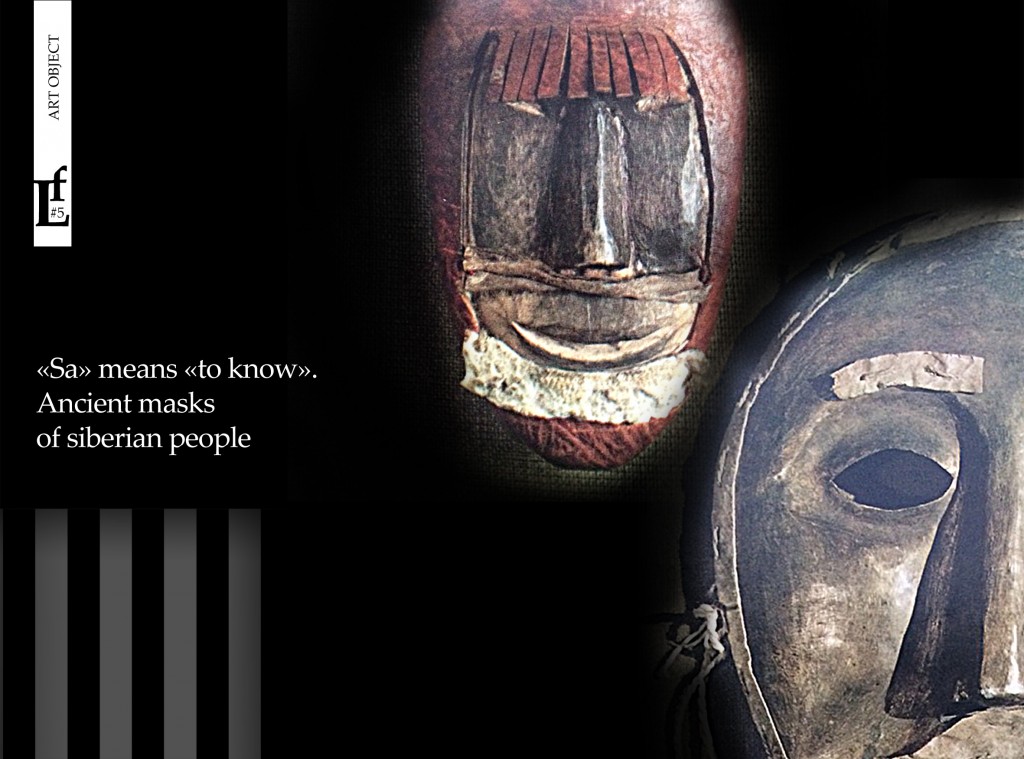 Masks. Masks. Masks. Even the most ordinary of them seems as something of mysterious, perhaps because thanks to them, we can become someone else, be reincarnated, protect themselves from the outside world, try yourself in the boldest personation. There is a certain magic.

Probably, there isn’t a cult did not do and don’t do without this thing, to create mystery of its actions. It is often – a source of inspiration in literature and art, it is the entertainment and protection. In general, from the bunny faces of papier-mache at a Christmas tree in the kindergarten to the most complex masks, and full of sense of the sacred Buddhist Tsam mystery, all of them are the attributes that capture our attention and stimulates the imagination. 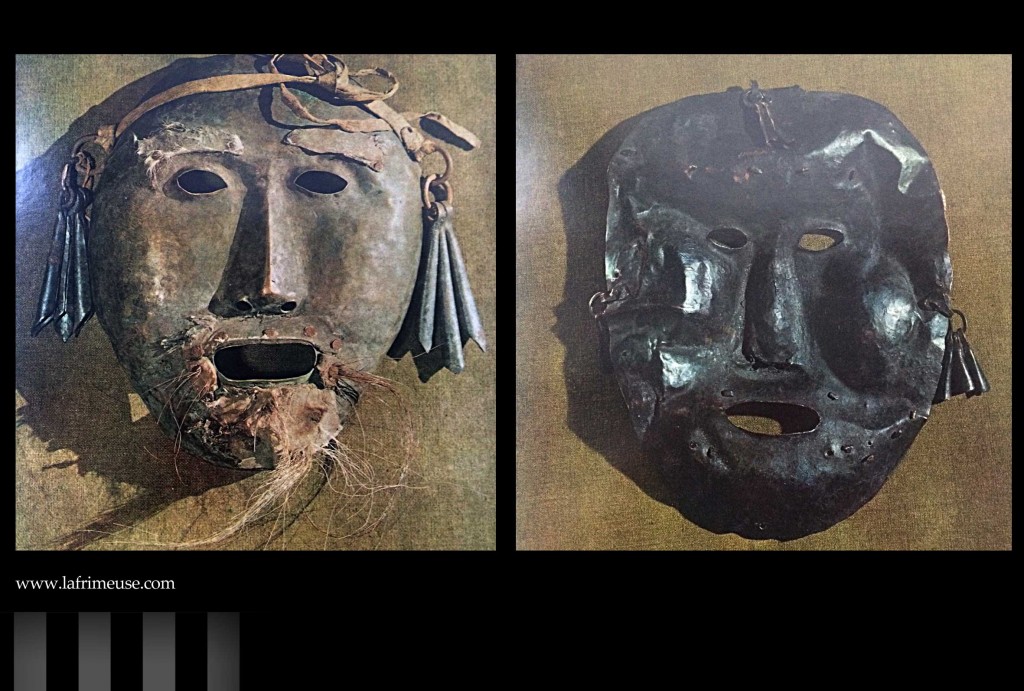 Masks of Siberian peoples, the most interesting objects for study, to represent life and age-old traditions. Most of these masks preserved to our days, belong to shamans.

Small numbered peoples of the North and the indigenous people of Siberia, who had  lived a nomadic lifestyle until the beginning of the twentieth century, were cut off from the outside world, but live according to their ancient customs, believed in the power of spirits. In the north it is Chukchi (Chukotka) and Koryak (Kamchatka), Eskimos (the coast of the Bering Sea and Wrangel Island). Evenki settled from the Yenisei to the Okhotsk coast. Udeges lived in the Khabarovsky and Primorsky regions. Lands around Baikal and Irkutsk’s region were native open spaces of Buryats. 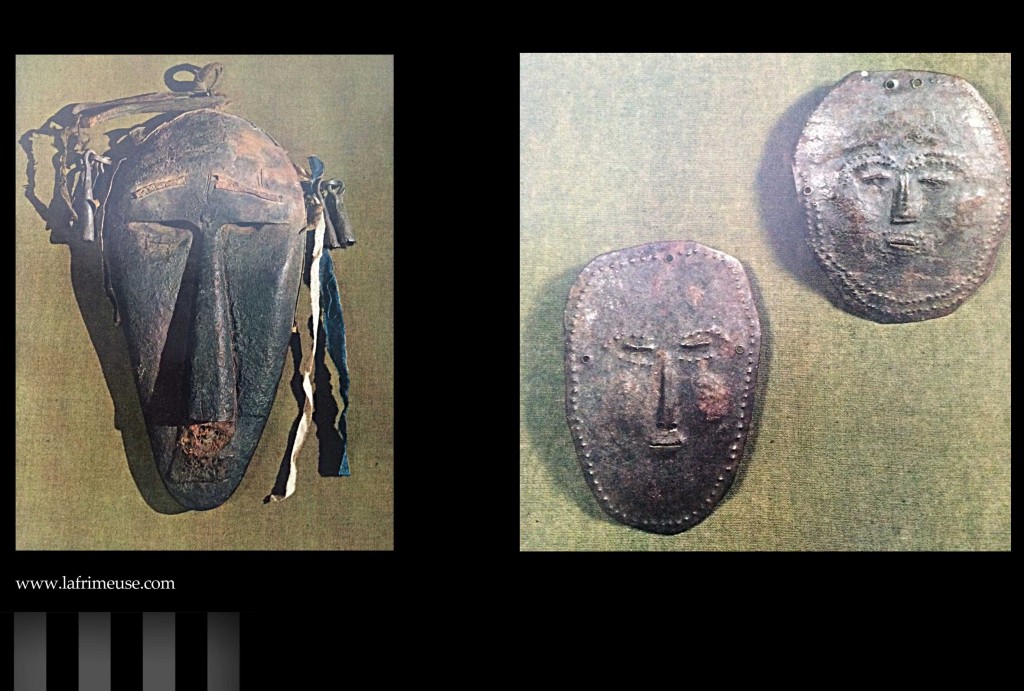 The endless steppes, impassable forests, the shore of sacred Lake Baikal with its crystal waters. The harsh climate, a cold frosty winters, hot dry summers are  such conditions of life that seem unthinkable heavy for modern inhabitant metropolis.

But for the local population at that time this reality was a natural and harmonious. The man was part of the universe. This is the fundamental thesis of shamanism, forms of knowledge of actuality, dominant at the time of the indigenous population of the Siberian expanses. 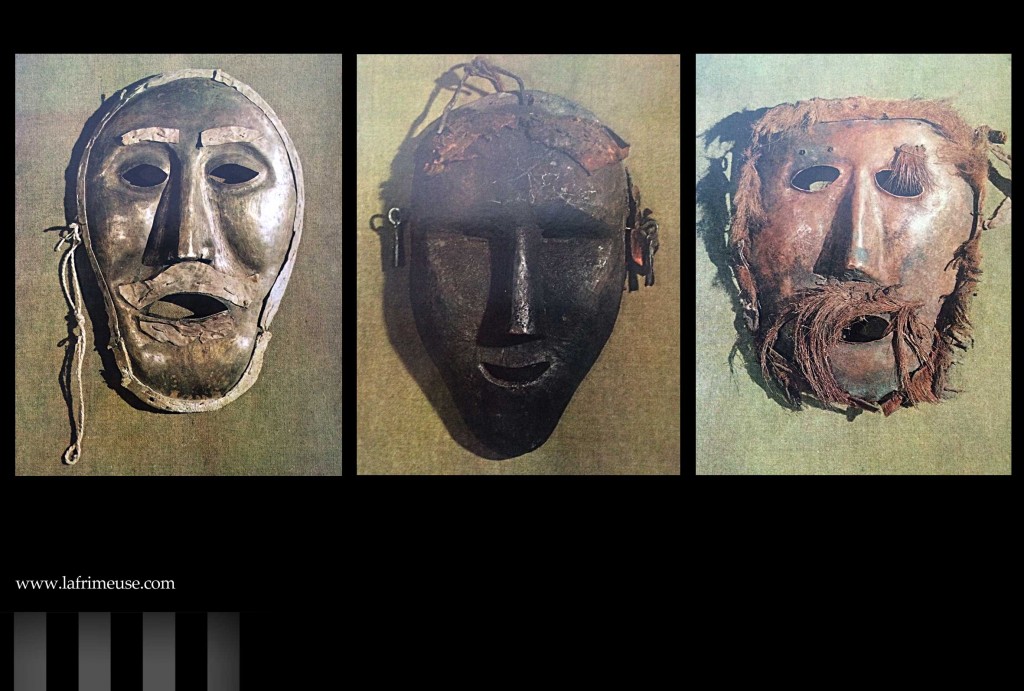 Traditionally, the term «shamanism» can be defined as a single system , which includes a special outlook. It is aimed at the direct perception of the world, understanding the relationship of man and nature. Shamanism has divided the world into sacred and mundane. The basis of it is the belief in spirits and nature deities, souls, spirit-helpers of a shaman. Thanks to Russian travelers and research scientists in Siberia the word “shaman”, taken from the Tungus languages (from the verb «Sa»- «to know») became known throughout the world.

From the Turkic word «kam» was the word «kamlanie»- «rite», denoting the shaman’s ritual,an action to get  state of ecstasy, which is considered a flight through the worlds of the universe. 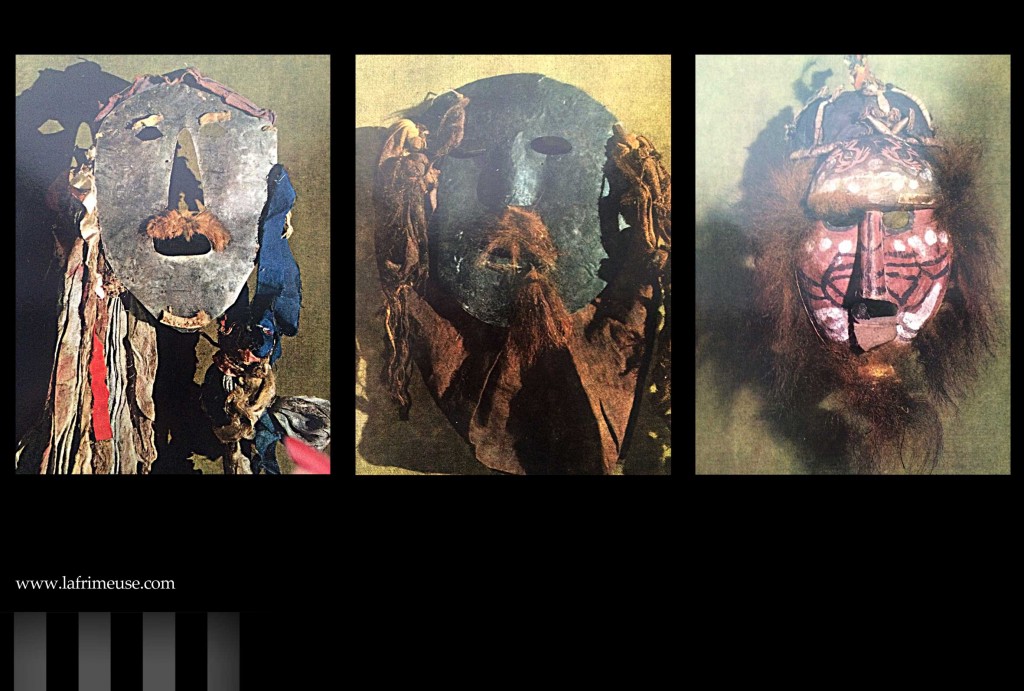 There is a division of shamans on white, performing the rite for the Upper World, and blacks, who try to connect with all the worlds.

The Black shamans are the descendants of those communities that in the transition from hunting to animal husbandry did not want to give up their ambitions and to adapt to changing lives. The main interest for them is man and his interaction with nature and the world as a whole. It is believed that shamans are able to travel in the lower and less frequently in the upper worlds. In fact,they are the healers who can fight with spirits. Typically, these people prefer a solitary life, but they don’t avoid some family concerns and even they are permitted to have children.

The white shamans also act as storytellers, performing ceremonies for the needs of the whole community.They appeal to the high yield, in order to avoid diseases, etc. Such people establish relationship between nature and society, they can not travel  in the lower worlds. Simply put, the white shamans engaged in the prevention of, and the deal of the black ones is the struggle.

It was believed  a shaman can already speak the same language with the spirits by wearing a mask. 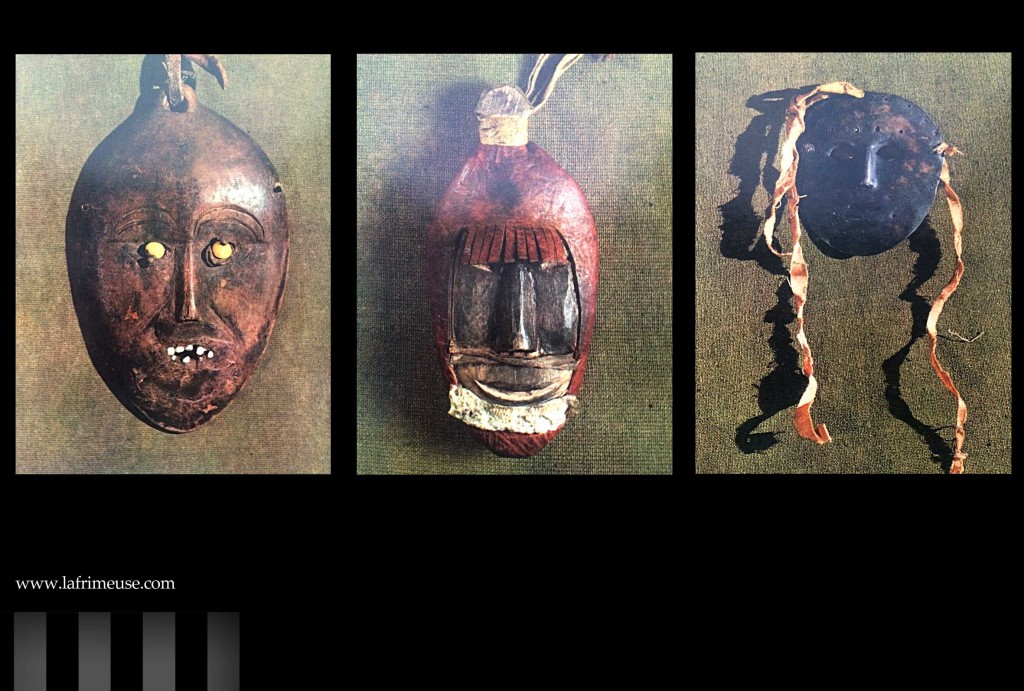 Interesting examples of masks are kept in the Ethnographic Museum in St. Petersburg (the collection of the Ethnographic Museum, the Hermitage and the Museum of the History of Religion.) These amazing items are divided into masks and maskoids (no dressing on the face), which served as amulets dwellings. They were made of wood, leather, metal. 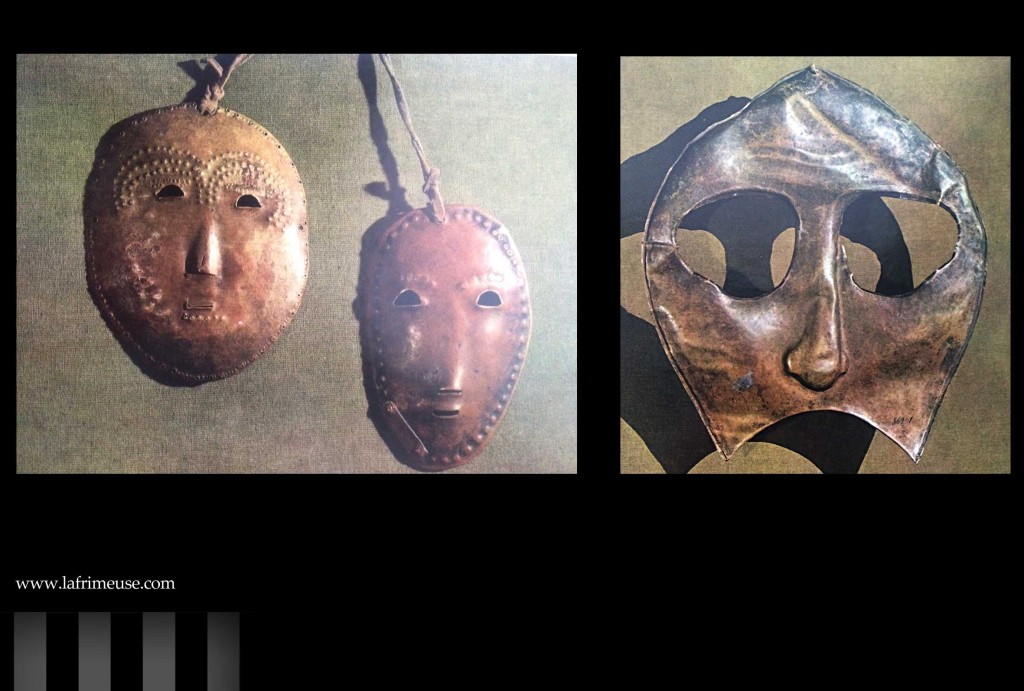 Now, looking at these masks, preserved to our days and became exhibits of museums, imagination paints a picture of a night steppe, tongues of  fire illuminate the strange faces of the shaman, and the sound of the tambourine is mesmerizing makes the heart beat in rhythm. It seems that in these masks are still present energy and character of voluntary mediators between the worlds. 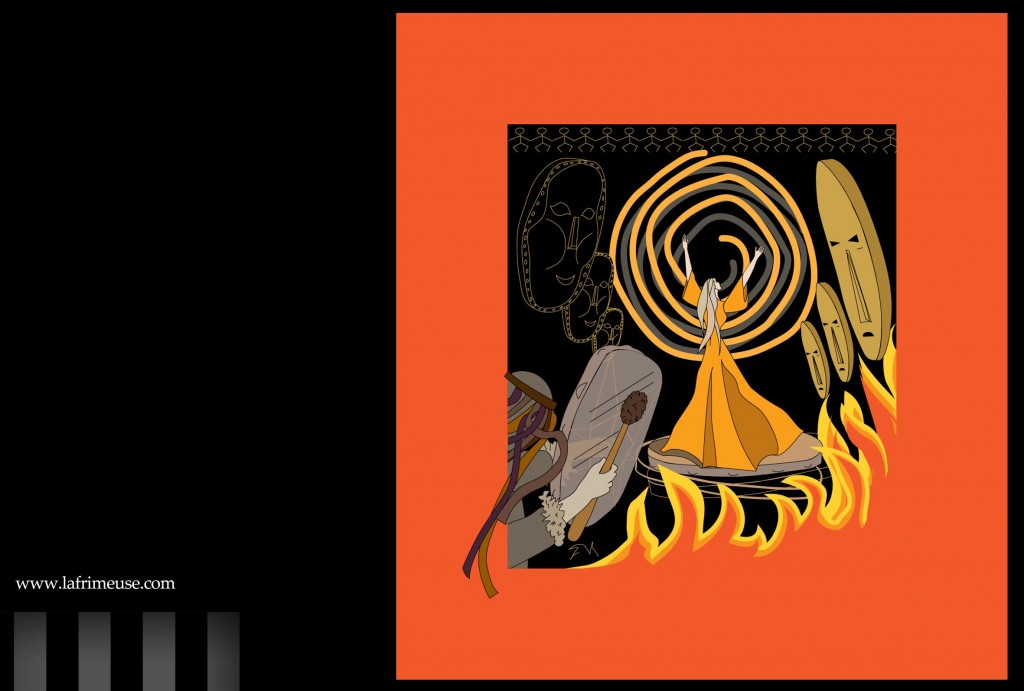 Sounds of organ in the great silence. Auke Mulder
When design inspires # 6. BRABBU. The uniqueness and harmony