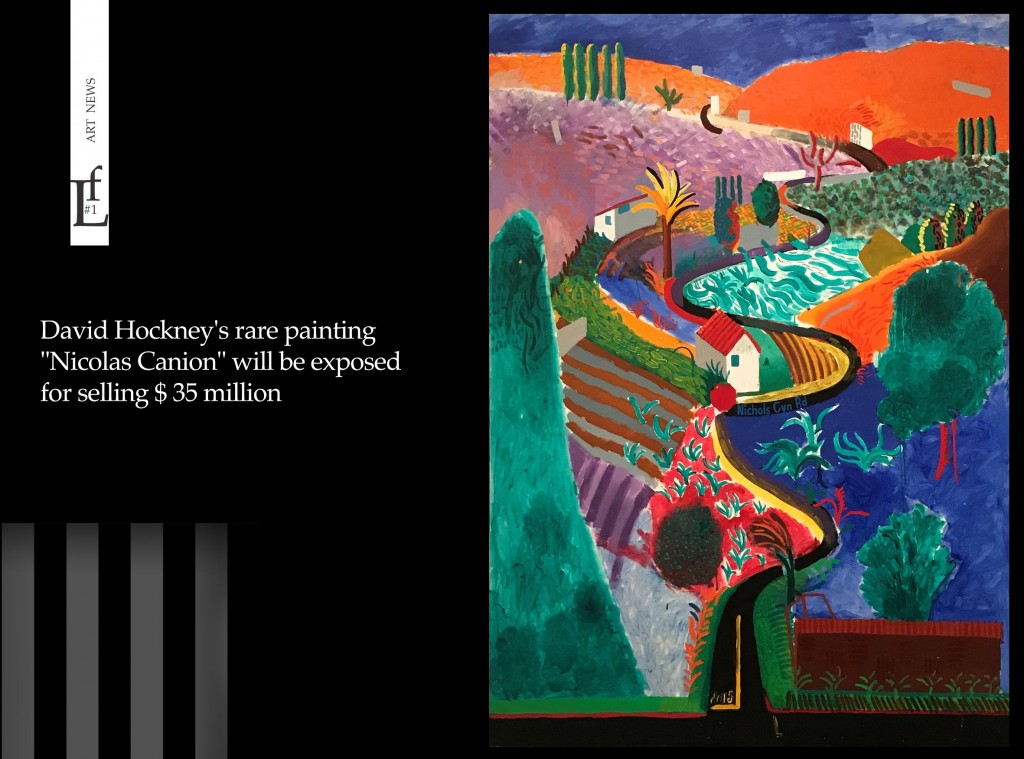 David Hockney’s 1980 Nichols Canyon Landscape will go on sale at the next Phillips Evening Sale on December 7. The painting is valued at around $ 35 million, according to a press release from Phillips, and is touted as “by far an artist’s most important landscape in a private collection”. Due to the high price tag, this is the most expensive Hockney landscape ever to be auctioned, and if its score is met, the artist’s work will be among the top three most expensive auction results.

Nichols Canyon marked Hockney’s passion for landscape painting after a brief foray into photography in the 1970s and was included in the landmark 1981 exhibition A New Spirit in Painting at the Royal Academy in London. The painting will be on display in Phillips London until November 1, then be come to Hong Kong and finally New York before heading to auction.

The Nichols Canyon sale is approaching the end of an eventful year for the artist and his market. In February, his iconic painting Splash (1966) was sold at Sotheby’s London auction for £ 23.1 million ($ 29.8 million). Earlier this month, the London Opera House auctioned off a portrait of its longtime CEO, Sir David Webster, to Hockney to raise funds and ease the financial burden of the COVID-19 pandemic; The painting sold for £ 12.8 million ($ 16.8 million). Hockney is currently showcasing his latest work on the French countryside in an exhibition called “Ma Normandie” at the Galerie Lelong & Co. at the Le Pari (s) hybrid art fair. According to Artsy, Hockney has ranked among the top 20 most in-demand artists on the platform every year since 2015. He made the top 10 last year and is set to do so again in 2020.

The brilliant epoch. Jewelry art of the XVIII century. Part I
Five design things of this week #19