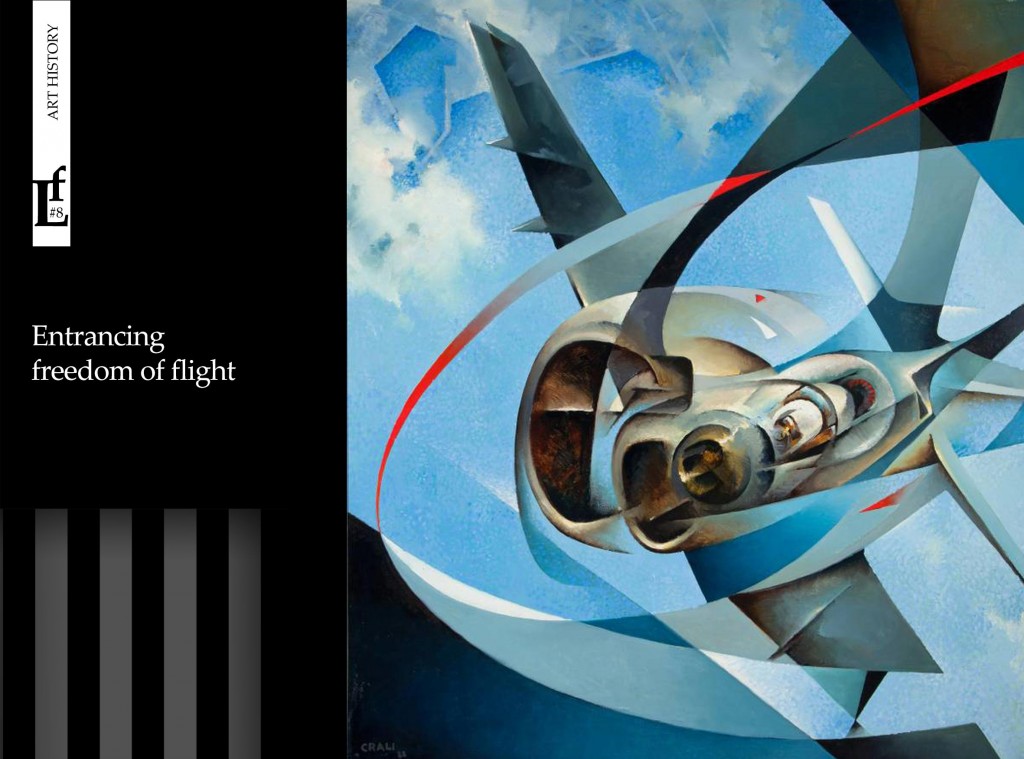 Freedom, movement, novelty, all of this is the aesthetics of Futurism, where prospects of broken lines and keen angles of diagonals of extreme flight make us hold the breath.

At age 18 in 1928, Tullio Crali ((1910-2000), the future founder of the famous Italian Aeropittura (special branch of Futurism that glorifies flights, the roar of the turbines and the power of aviation of the first half of the twentieth century ), had had his first flew in an airplane. That impression of absolute freedom and control of a giant machine that he got there, it was so powerful effect that it continued to inspire him in his lifelong. 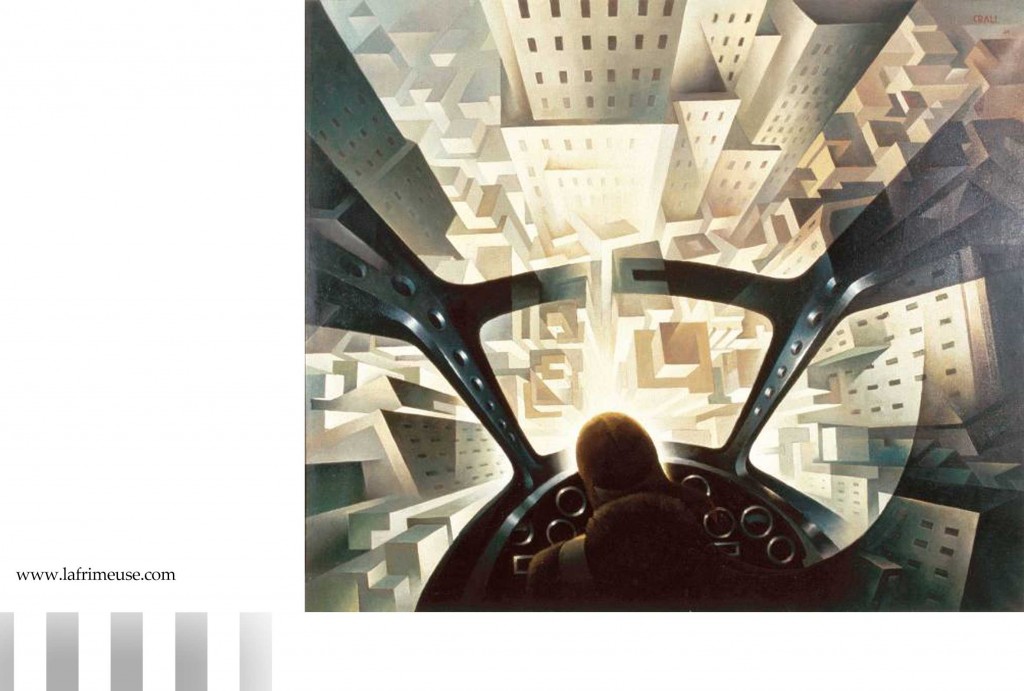 There is something of breathtaking, some fascinating madness of this dynamics of the aircrafts that are pulled out from the plane of an image and flying forward straight at the viewer, of this illusion of rotating propellers.

You are a witness and an accomplice, you are almost falling into a nosedive to skyscrapers or enjoying of free fall and do not rush to open the parachute. No fear or adrenaline surge, there is only the confidence and authority over the powerful flying giant created by the technical genius of mankind. 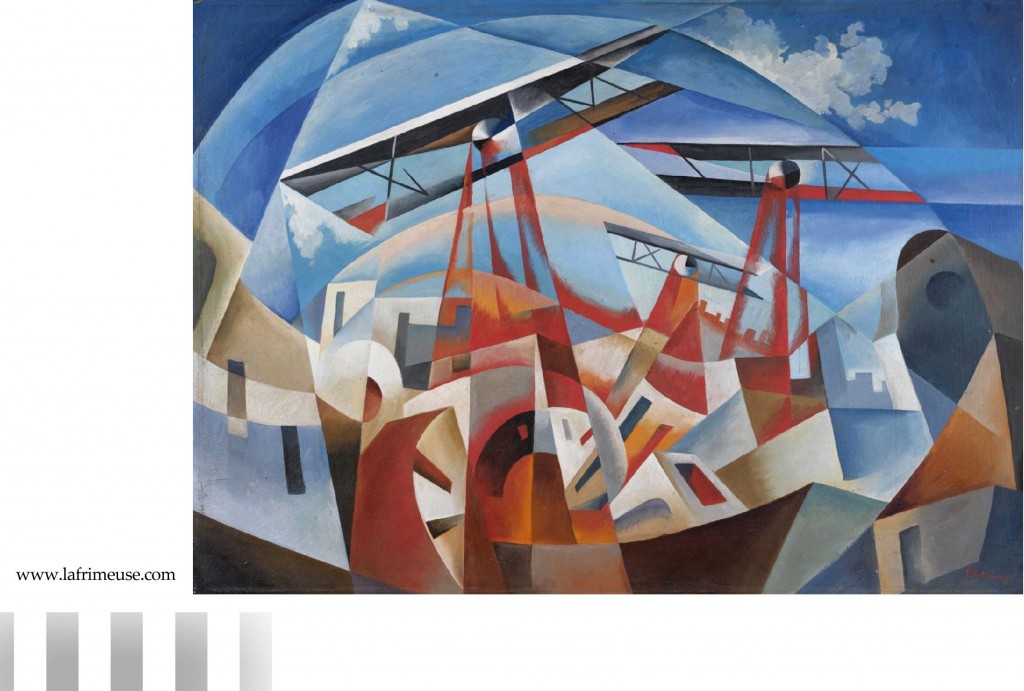 Tullio Crali was born in 1910 and belonged to the second wave of Futurism. Under the influence of his countrymen, the older generation and the founders of the Italian course, he began to draw. In1929 he joined the group of futurists  and was faithful to the principles of their end of life. 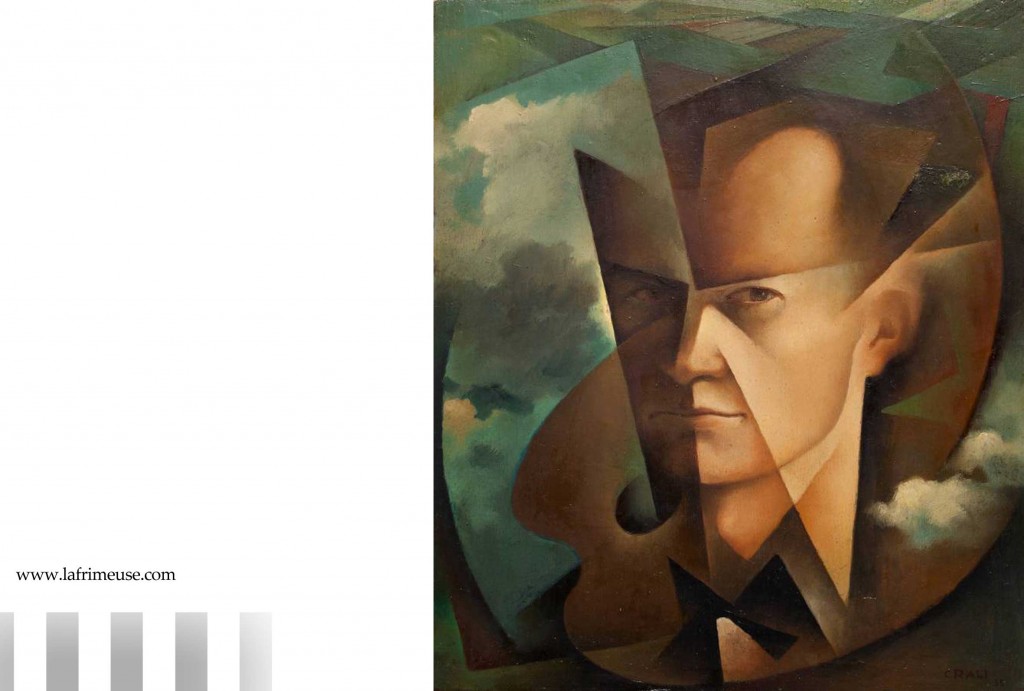 Futurism proclaimed absolute freedom from the legacy of the past. It was a challenge, appeal for radical change. The program of Futurism was written by the founder of this art movement  and its inspirer, the poet Marinetti.

He was a passionate ideologue and infected his concept others. After writing the his first Futurist Manifesto, Marinetti wrote another eighty. His influence spread all over Europe, the basic principles of this artistic movement were perceived enthusiastic in Russia.  Here, futurism manifested itself first in art,  then in literature  and had its own peculiarities, which deserves a separate essay. 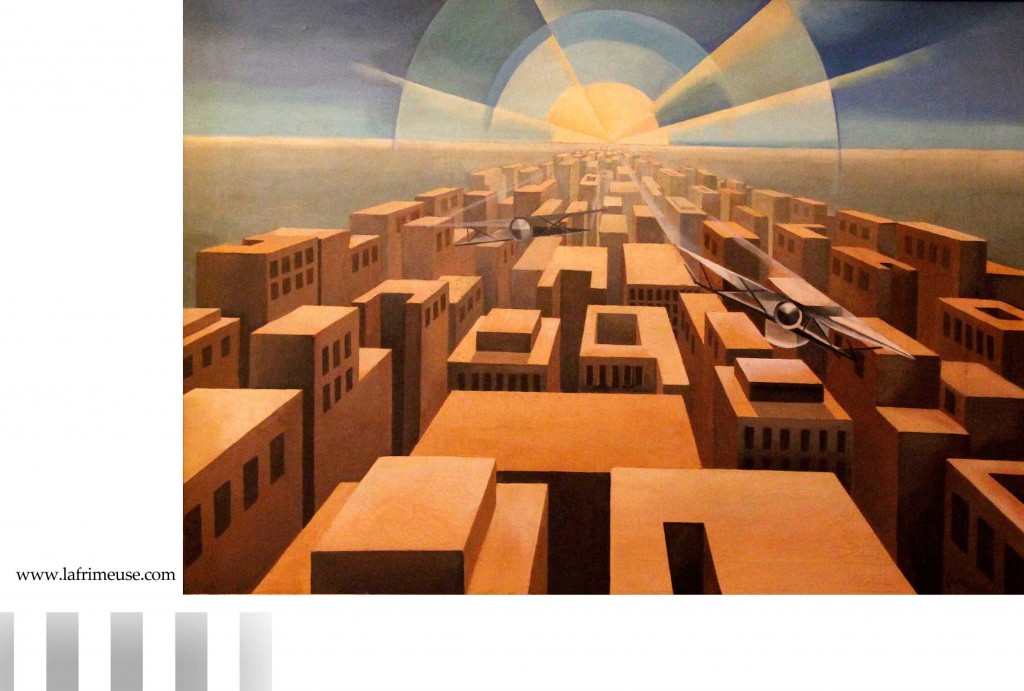 Glorification of the energy of modern life, the movement, the continuous variability of reality is the main task of futurism. The principle of the show of moving patterns at the same time during a stretch of time is the basis of fundamentals of the movement.

Cubists experimented with the image of the object from many angles in a space at the same time, futurists prefered to show the reality from one point, but they fixed on some movements in time as frames imposed one another. 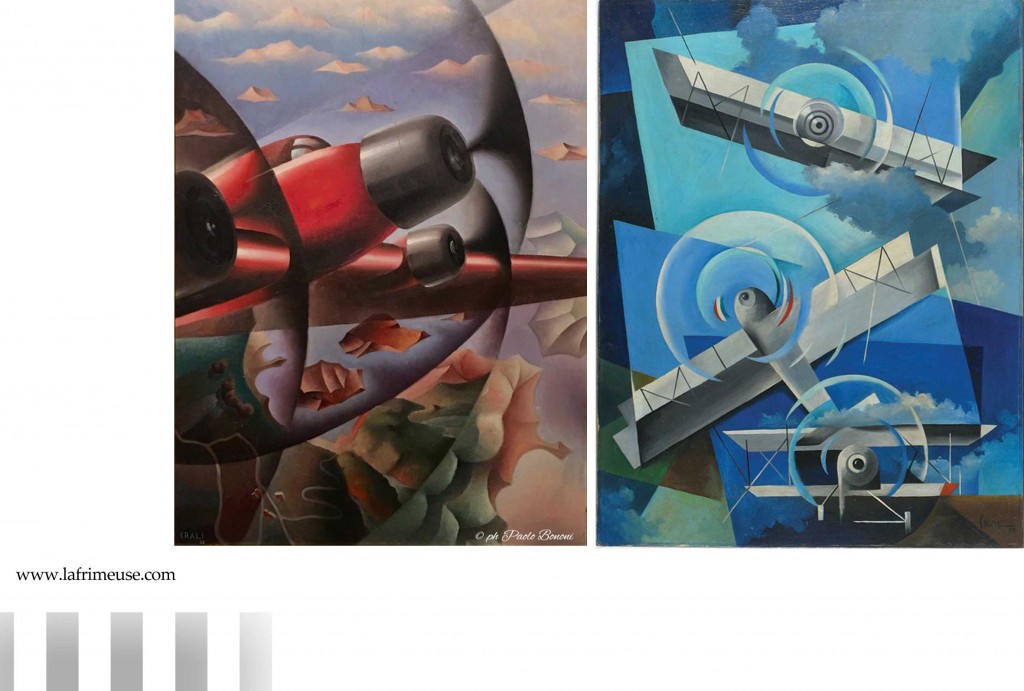 Crali became the real representative of Futurism and the successor of the ideas of the first wave. The poetry of flight  and the praising of technology and engineering as the way to the future were a main topic many of his art works. 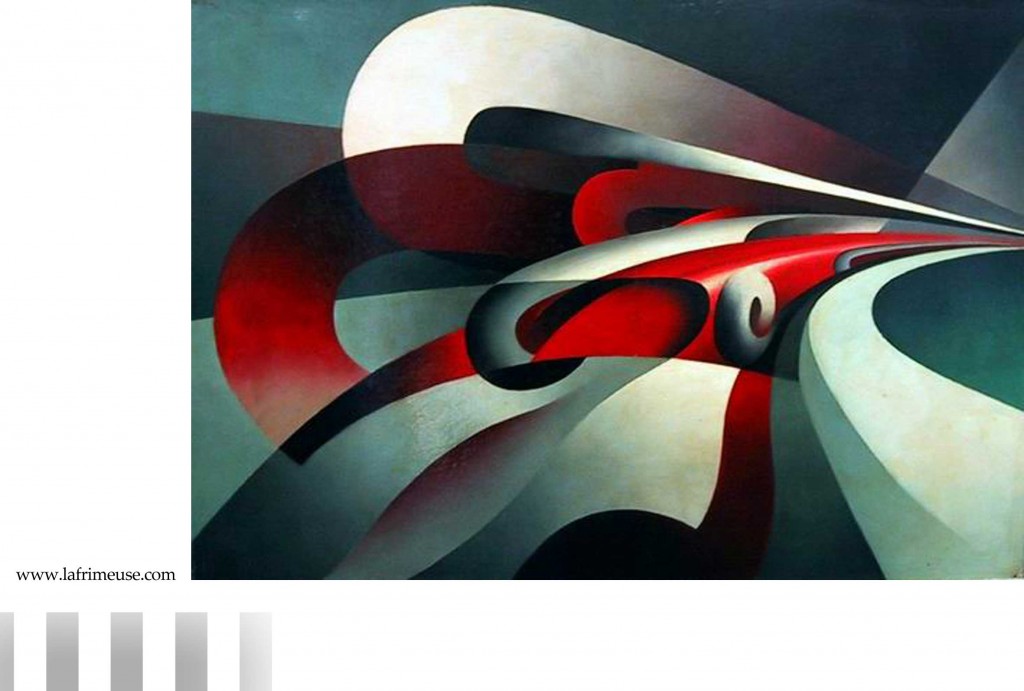 He received the degree in architecture, it helped him to experiment with steep perspectives, broken lines and vertiginous views more than anyone. 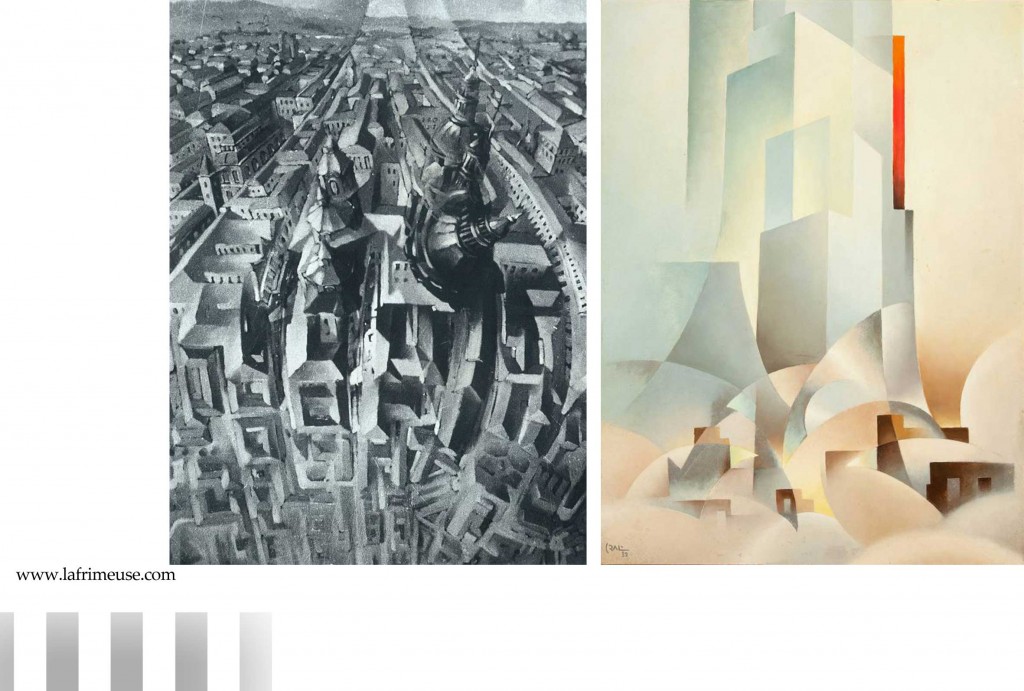 The constant illusion of the motion hypnotizes: a sharp jerk, planning down and flying again up to the clouds. 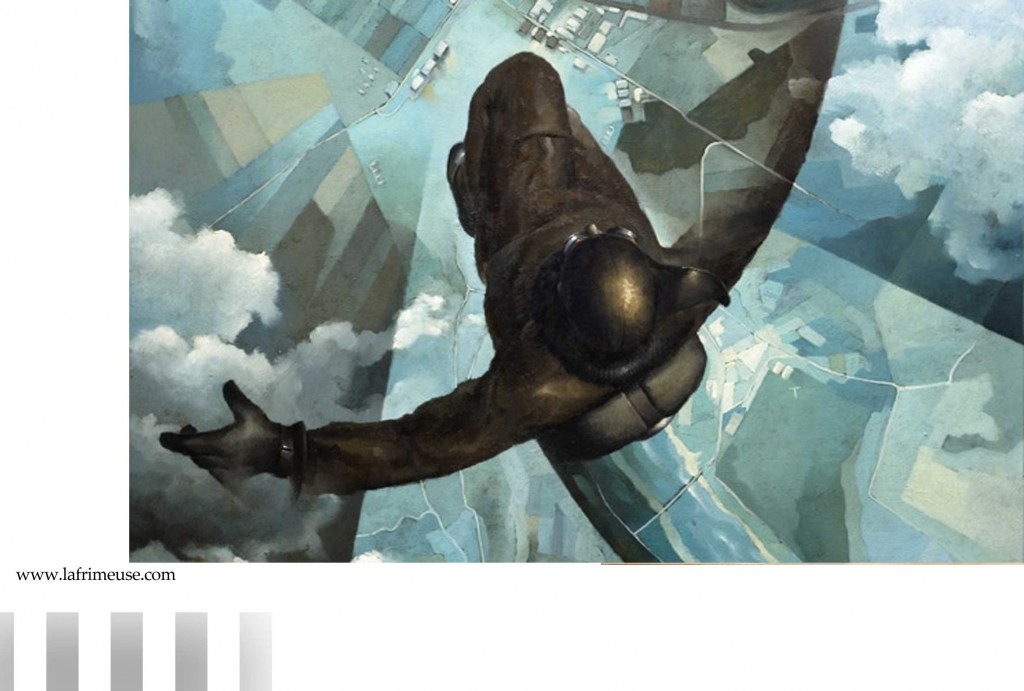 So, let’s fly?! Forward to futuro *, which always seems a fine world.

All photos from the site http://www.tulliocrali.com/

Kandinsky. Musicality of color. Rhythm of forms
Sounds of organ in the great silence. Auke Mulder