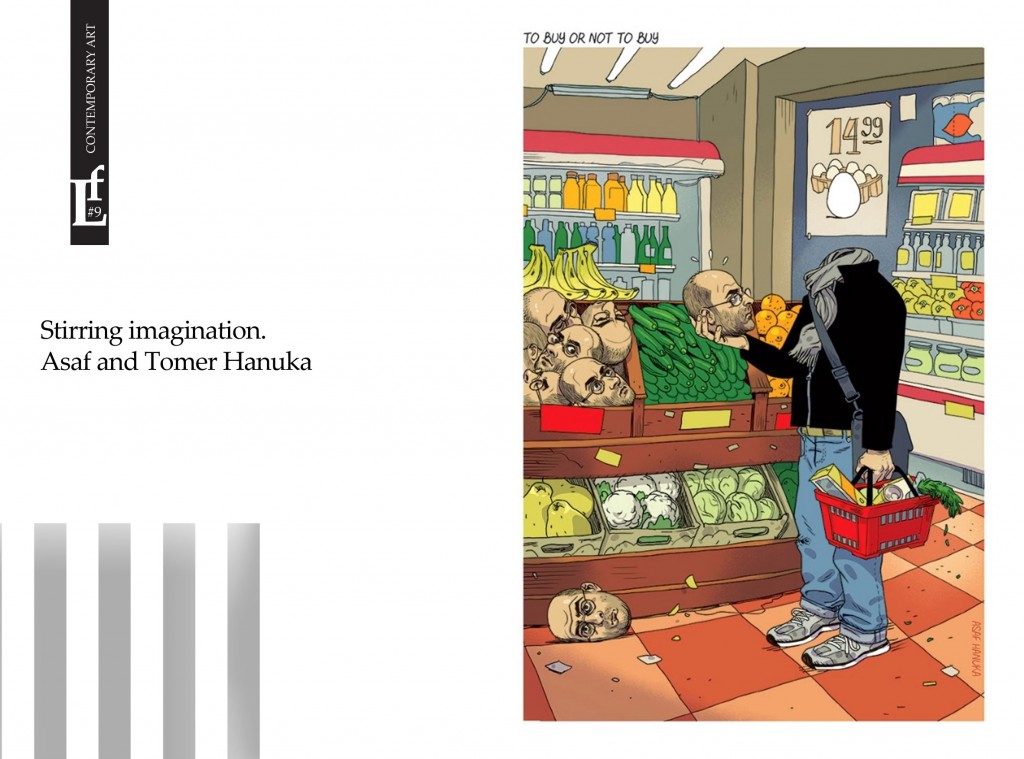 The illustration should stir the imagination, considers Tomer Hanuka, an Israeli artist who  with his  twin brother the Asaf created, an incredible number of beautiful illustrations and comic books. 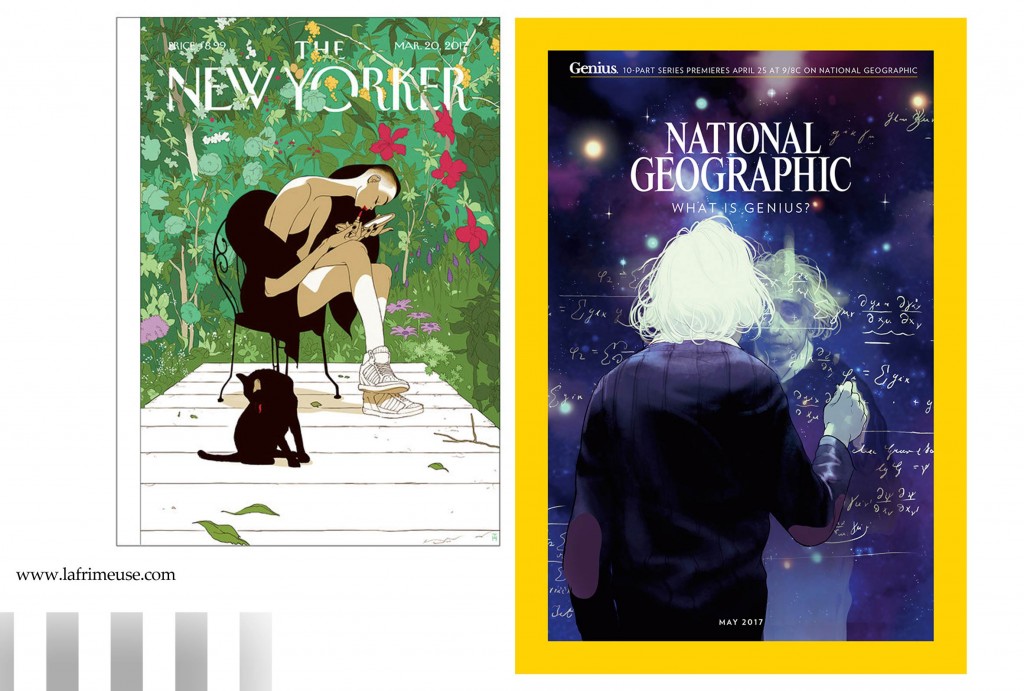 Indeed, as the intriguing plot of the book paints our own images in our head, so the illustration gives an impetus for creating our own history. 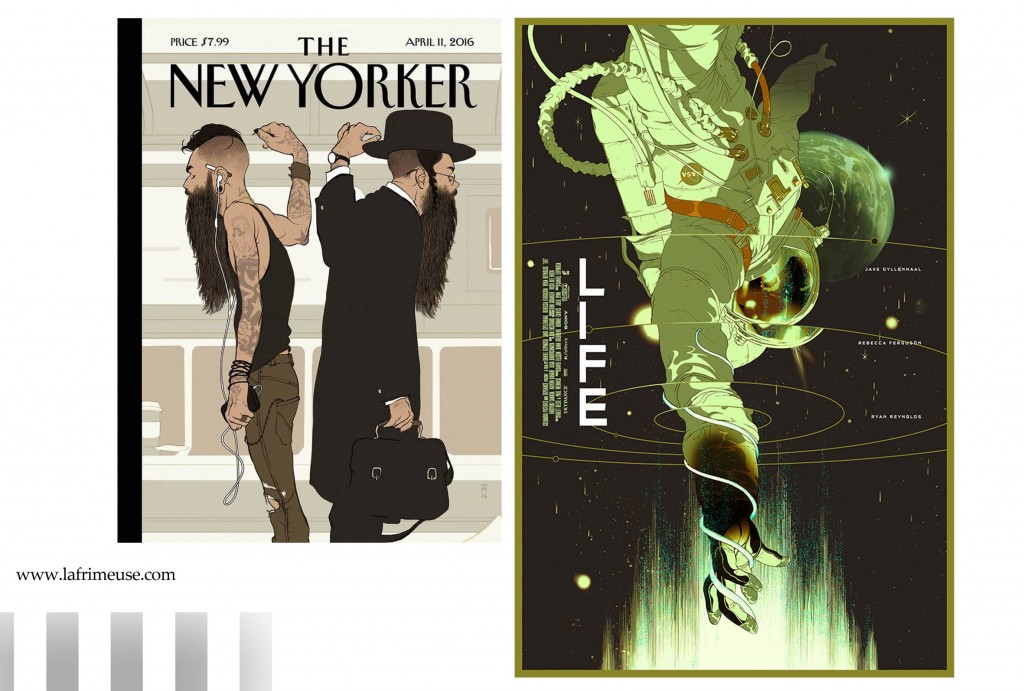 The works of Tomer and Asaf are ironic, sometimes beautiful, sometimes horrible, but like our whole life. There are things exaggerated and horrifying with their truthfulness, where the unsightly side of the human soul is shown or simply its emptiness. We acn see the dependence on social networks, indifference to others, selfishness, lust. 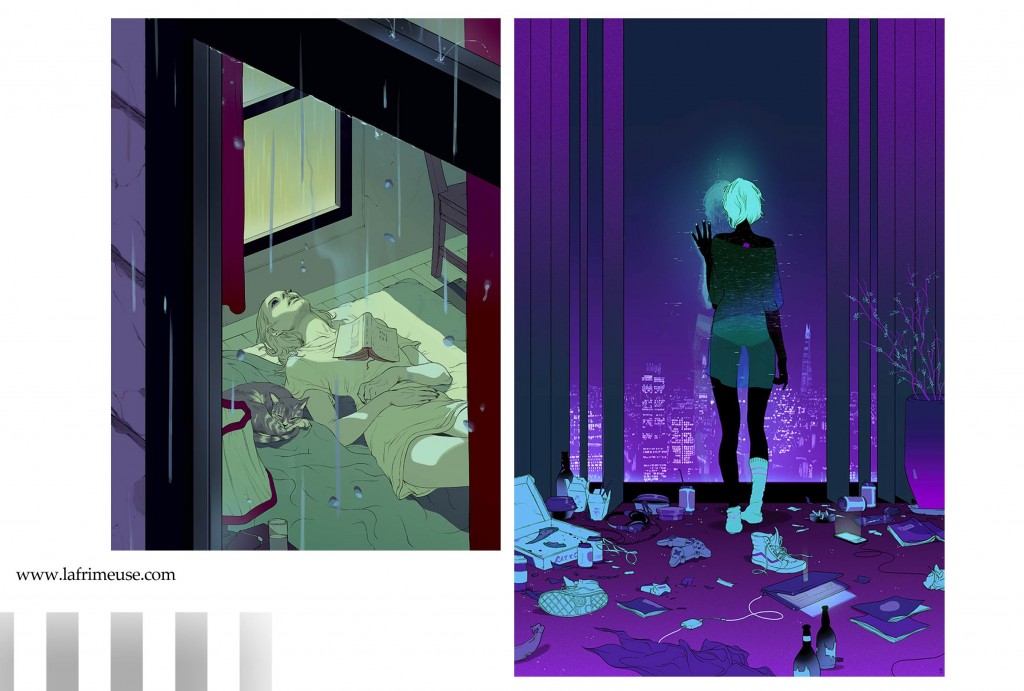 And there are beautiful life-affirming pictures of reality. When a wife is proud of her husband, who is repairing something in the house, in her eyes – he is a super hero. And when the husband looks at his half as a super woman, the moment she washes the windows. 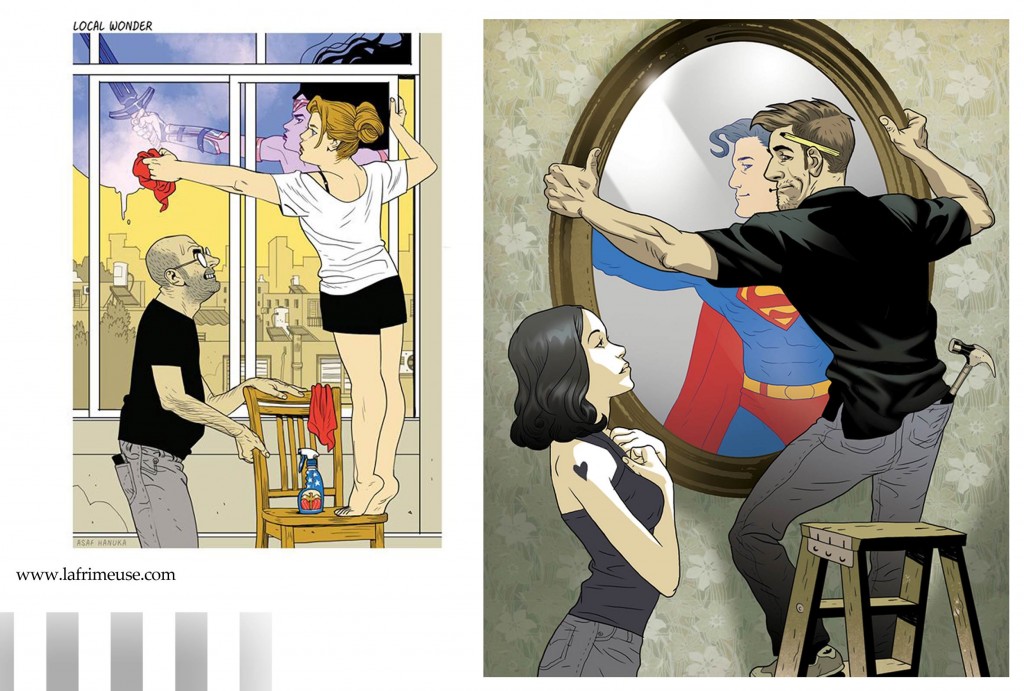 Inspired by the aesthetics of the Parisian bohemia of Toulouse-Lautrec, many illustrations show the loneliness of a person in the crowd, its longing and even despair. Spiritual misery covered with sparkling dust of cheap chic or filthy vices under the curtain of virtue. 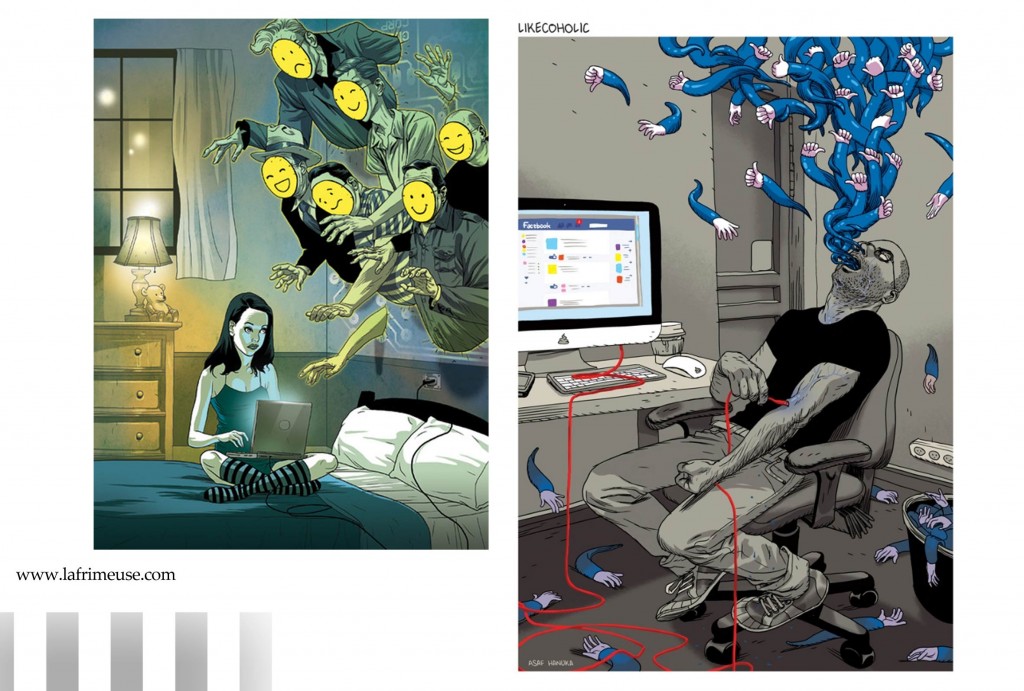 But it’s useless to retell the story lines. Looking at these works, each will create his own images, this is the uniqueness of the works of Asaf and Tomer. 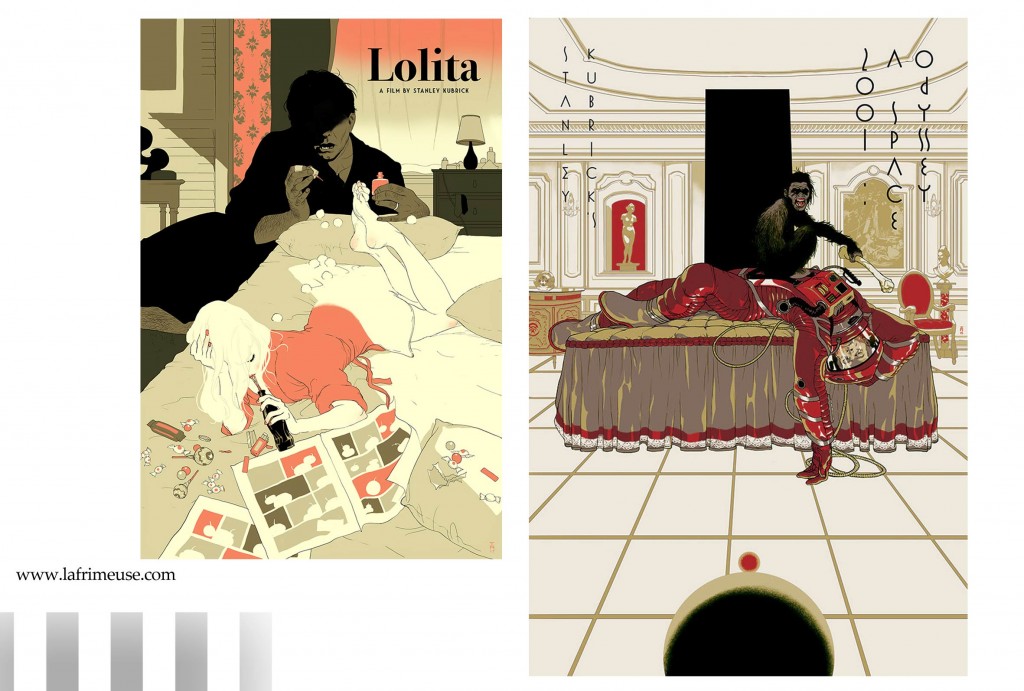 Their talent has been recognized for a long time, the most famous magazines cooperate with them. They were nominated for The Will Eisner Comic Industry Awards, the Harvey Awards and the Ignatz Awards. 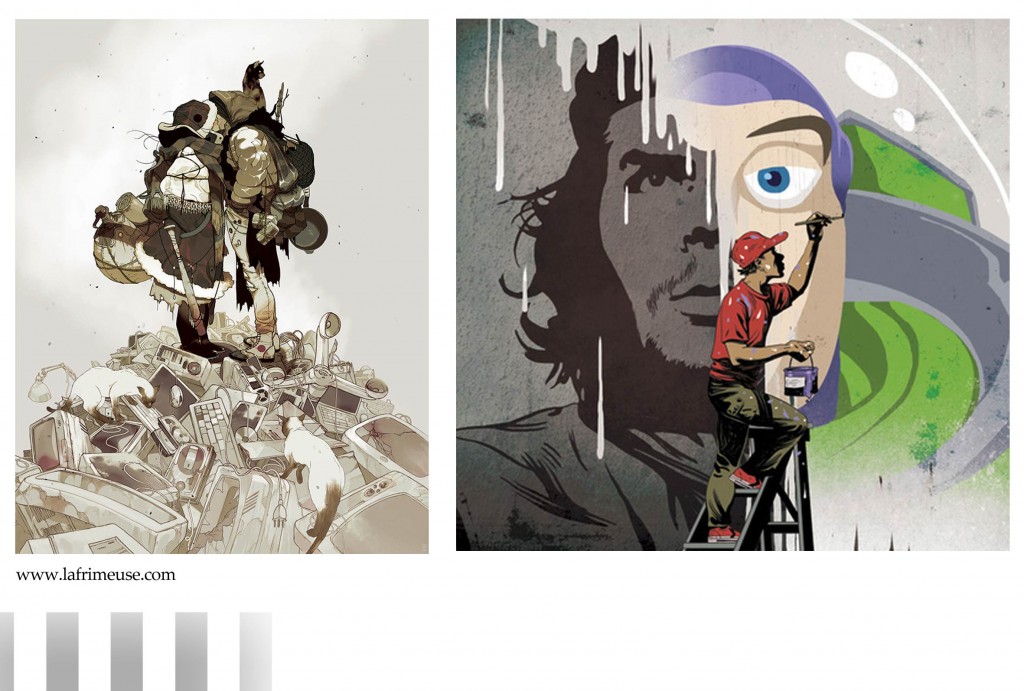 As an exhibition space designer, it was interesting for me to create an installation for the work of these talented artists. Most likely, these would be stands standing in the center and like pages of an open magazine or books with a passage inside, through which one could pass and travel literally through comic pages. 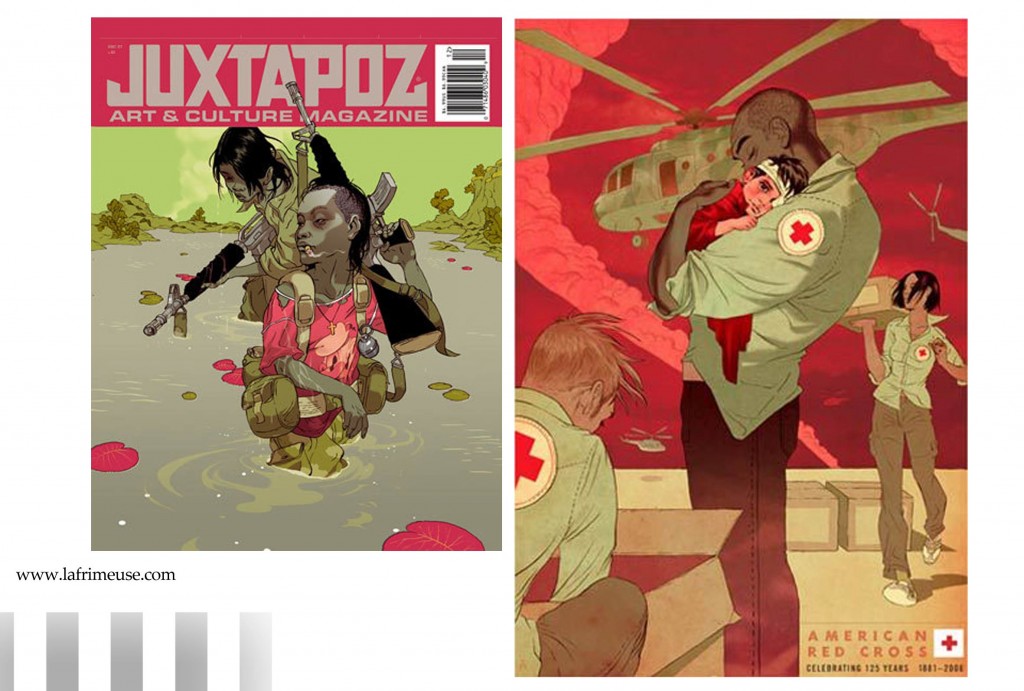 More information on the sites of artists.