Erasing all that is ugly. Raoul Dufy 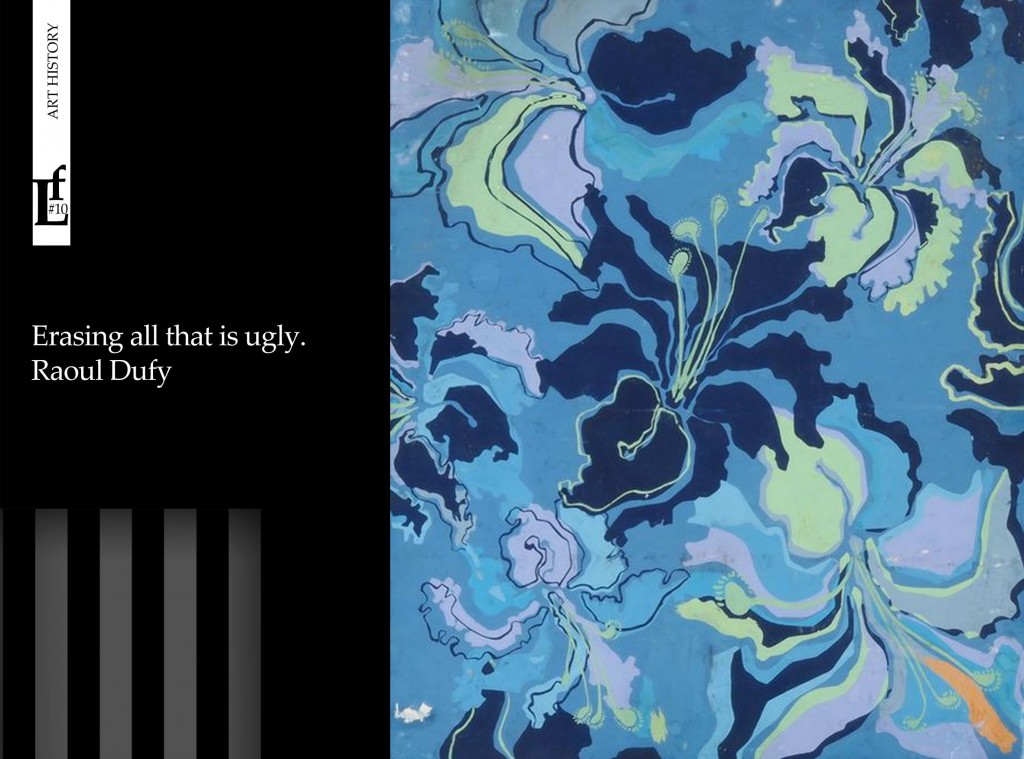 To create patterns on fabrics, these endless masterpieces, a repeating ornament, to wrap it in rolls and to put on many people own art is a real fascinating task. 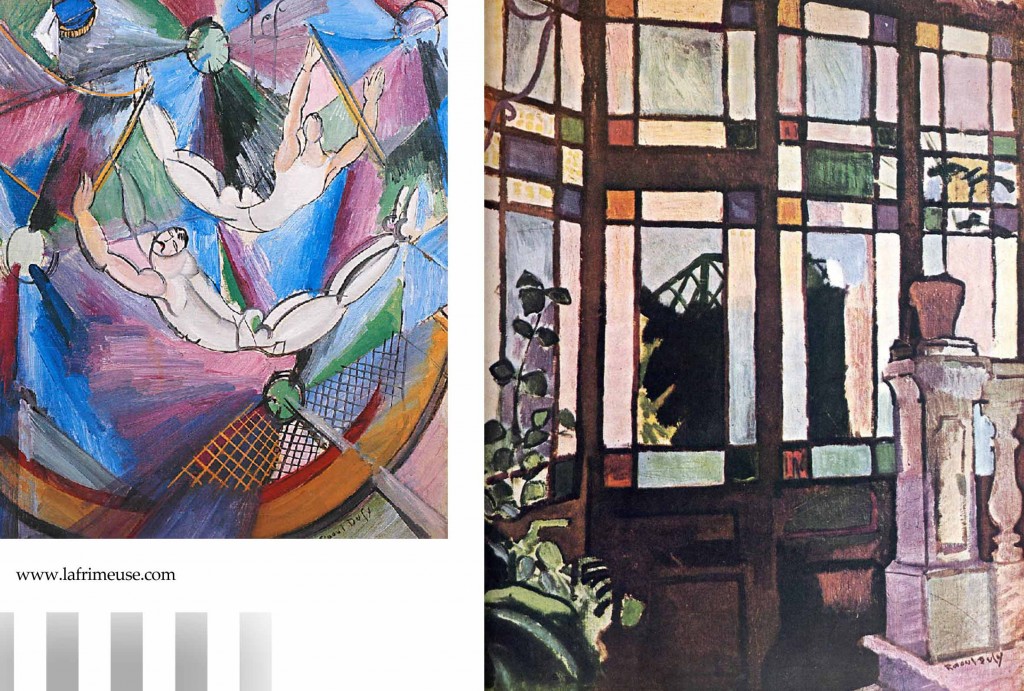 And the beginning of the 20th century is unique in that not only the forgotten masters who remained in the shadow (as it was at other times) worked on the creation of fabrics, but well-known artists tried themselves in this direction. 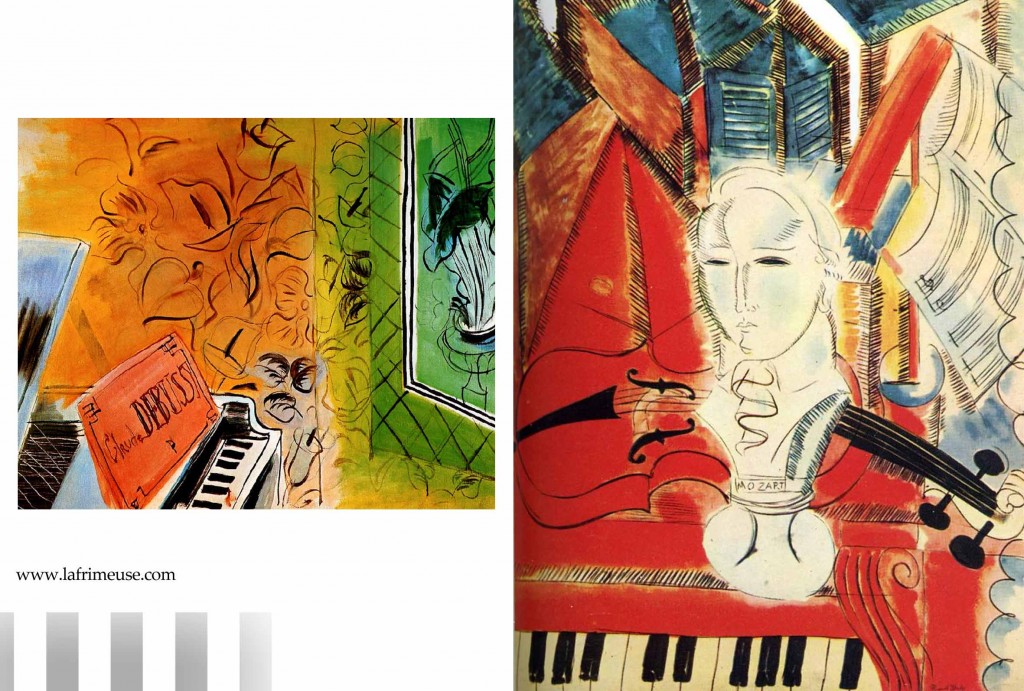 Raoul Dufy left interesting, refined compositions with gentle combinations of colors, in which the fashion designers of that time clothed their customers. 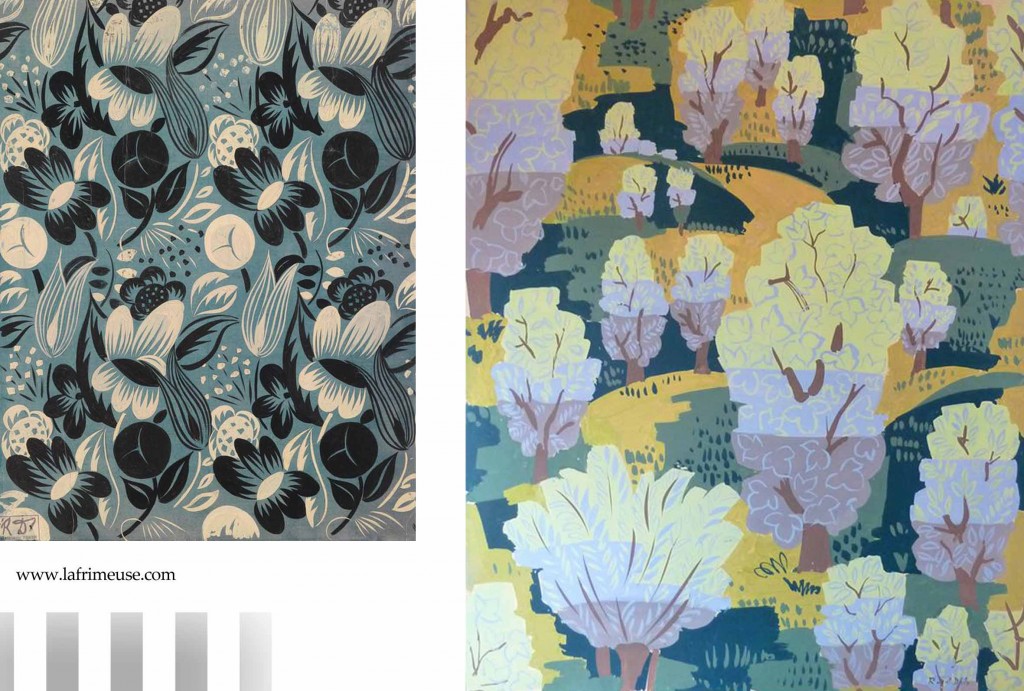 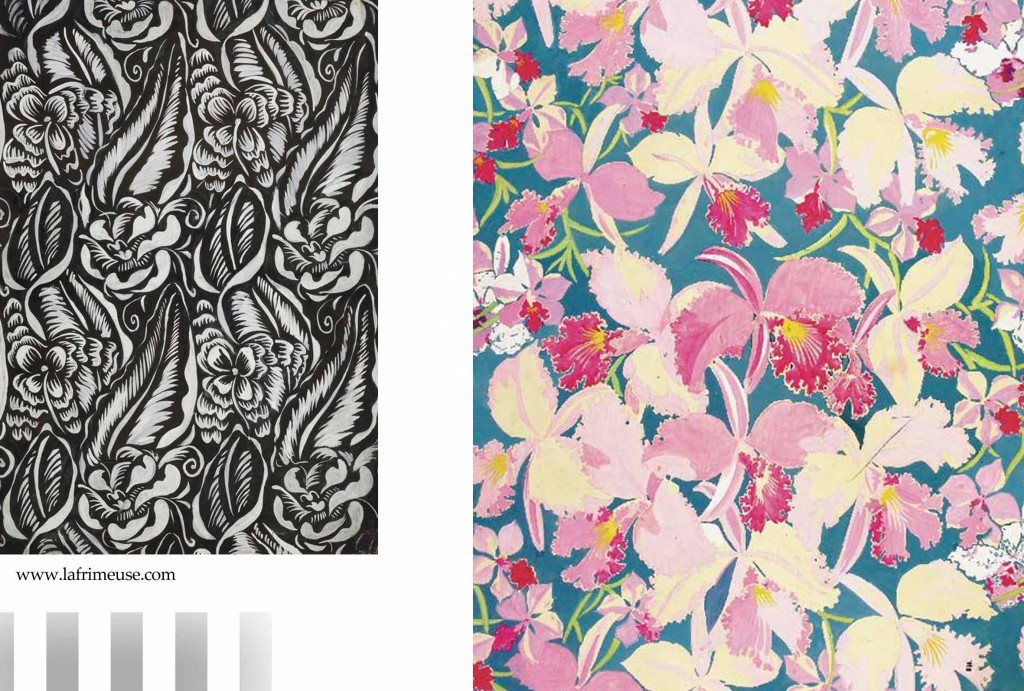 Raoul Dufy was born  in Le Havre, France. He left school at the age of fourteen to work in a coffee-importing company. Only at 18 years old  he start to attend only night classes at the École des Beaux-Arts before studying under Léon Bonnat at the École Nationale Supérieure des Beaux-Arts on a scholarship. 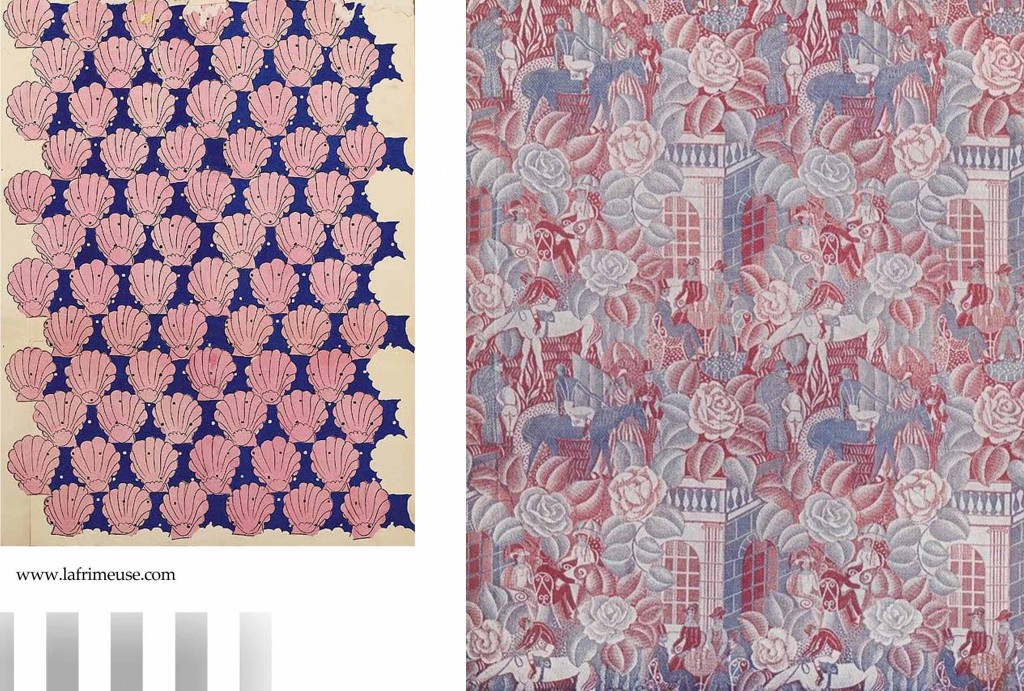 The artist encountered Fauvism at the Salon des Indépendants in 1905, after which this style was main in his oeuvre. 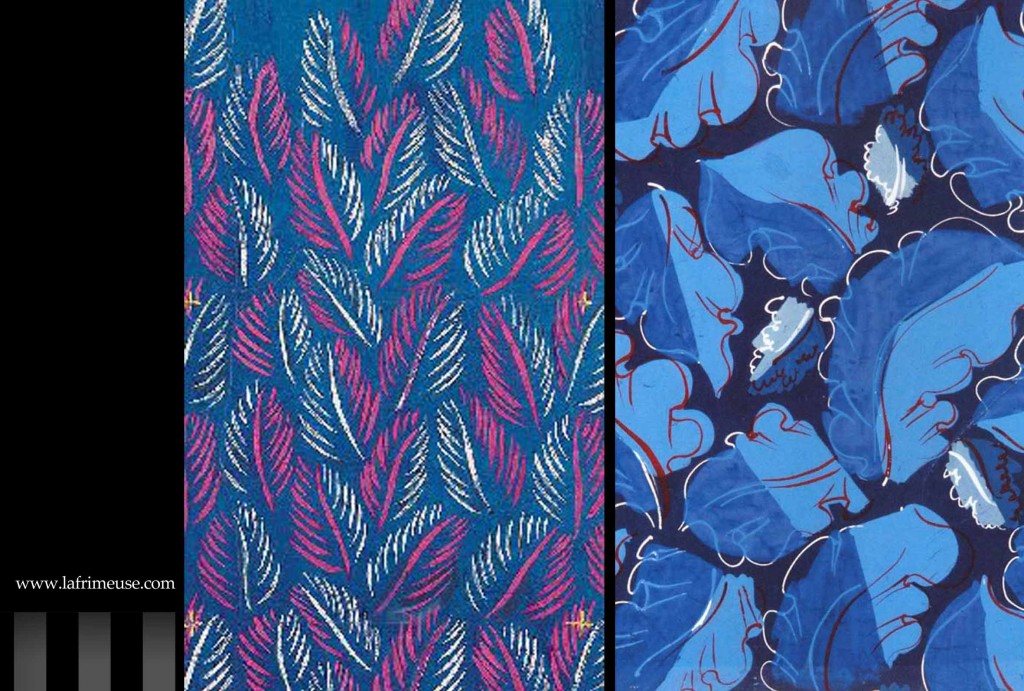 “Blue is the only color which maintains its own character in all its tones it will always stay blue,” the artist pondered. “Whereas yellow is blackened in its shades, and fades away when lightened; red when darkened becomes brown, and diluted with white is no longer red, but another color—pink.” 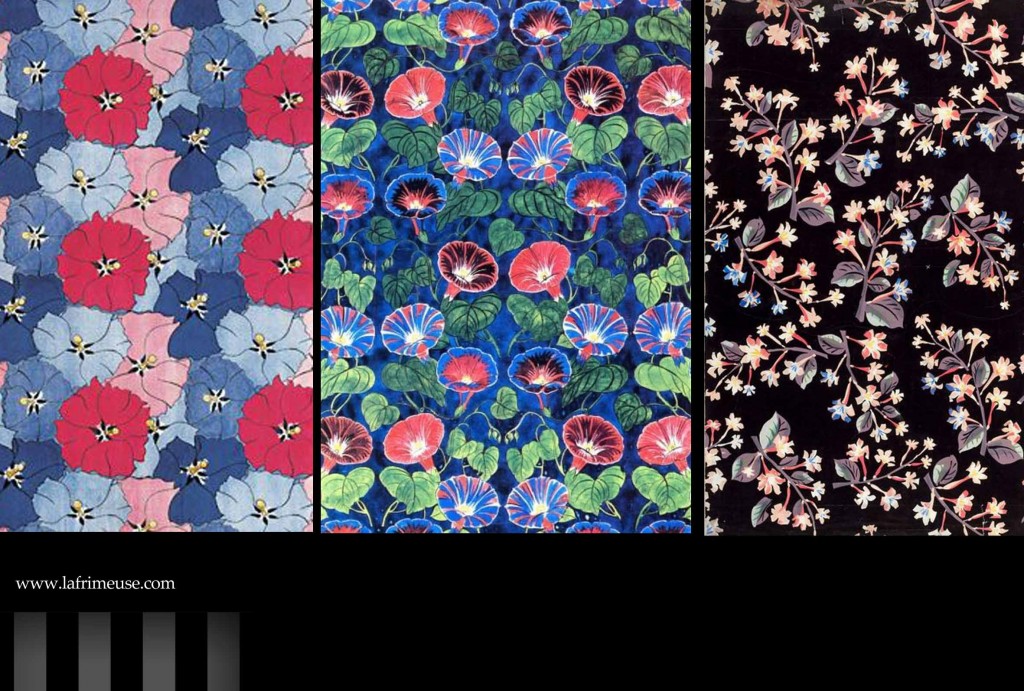 He create his own colorful, decorative style that became fashionable for designs of ceramics and textiles.
His paintings on fabric have ideal compositions, tasteful color combinations, smooth lines. The aesthetic taste of Dufy and natural talent of decorator immediately was recognized by the “King of Fashion”, Paul Poiret. The artist had worked a long time with him, making the unique samples of textile. 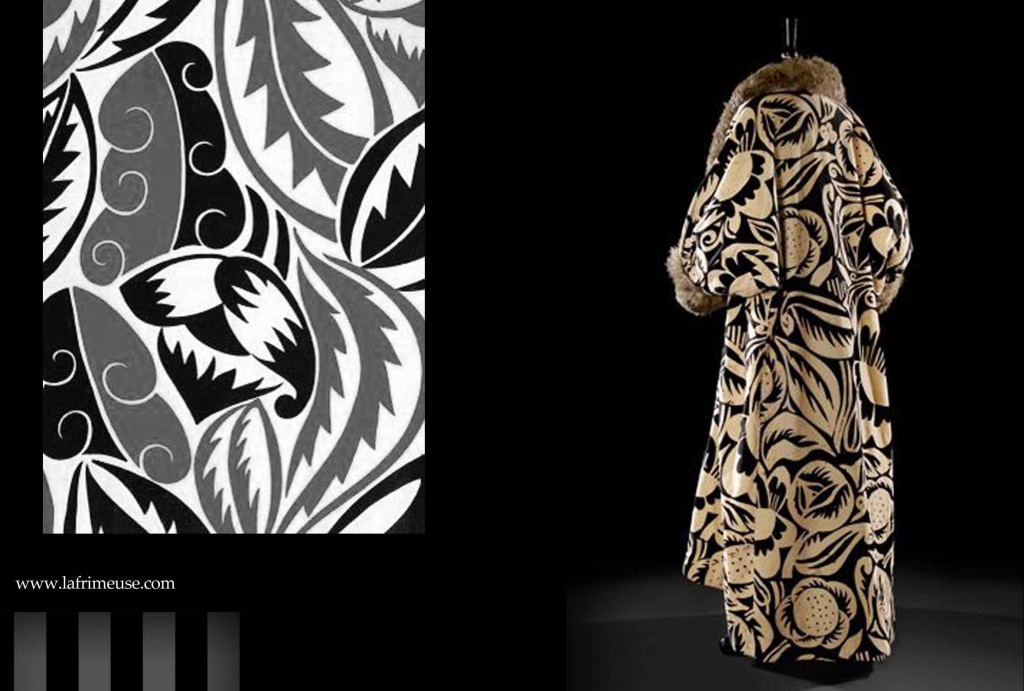 Supremely artistic, Poiret knew how to translate his new impressions into striking interior decorations and new dress fashions. He immediately recognized Dufy as a born decorator and began to give him all sorts of commissions. In May 1911, for example, Poiret staged at his lavish 18th-century mansion a grandiose party, “The Thousand and Second Night,” which attracted all the Paris beau monde. Dufy was charged with the general decoration of the event and with drawing up a sophisticated program. But his primary duty was producing new fabrics for Poiret. 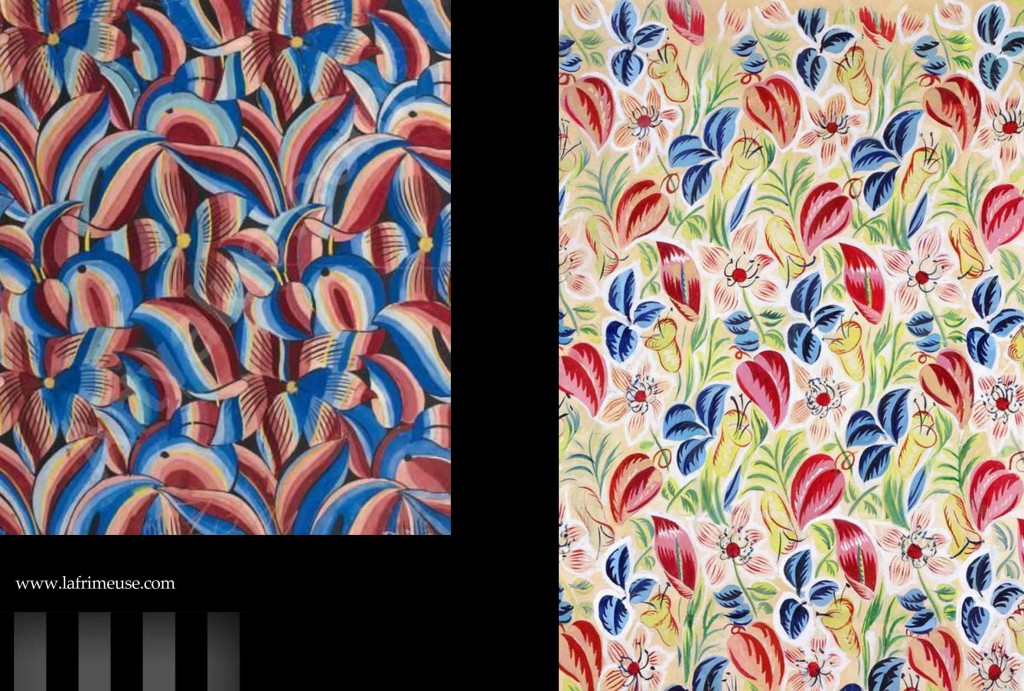 “The artist made every effort to get a solid grip of techniques that were new to him: he visited chemical laboratories and on numerous occasions watched the process of fabric printing. He experimented to achieve new decorative effects. In producing fabrics, Dufy turned to the experiences of the 18th century, the heyday of decorative fabrics production. Textile print books published by Poiret recommended up to 20 colors to be used, but Dufy usually relied on just two or, more rarely, three, thus achieving a special beauty and clarity of color and the coloristic laconism that he had perfected in his Cezannist paintings.
During his life Raoul Dufy illustrated over 50 literary works, made over 200 ceramic pieces, worked on theatre design, interior design, tapestries, numerous murals, and made around 5,000 textile designs.”* 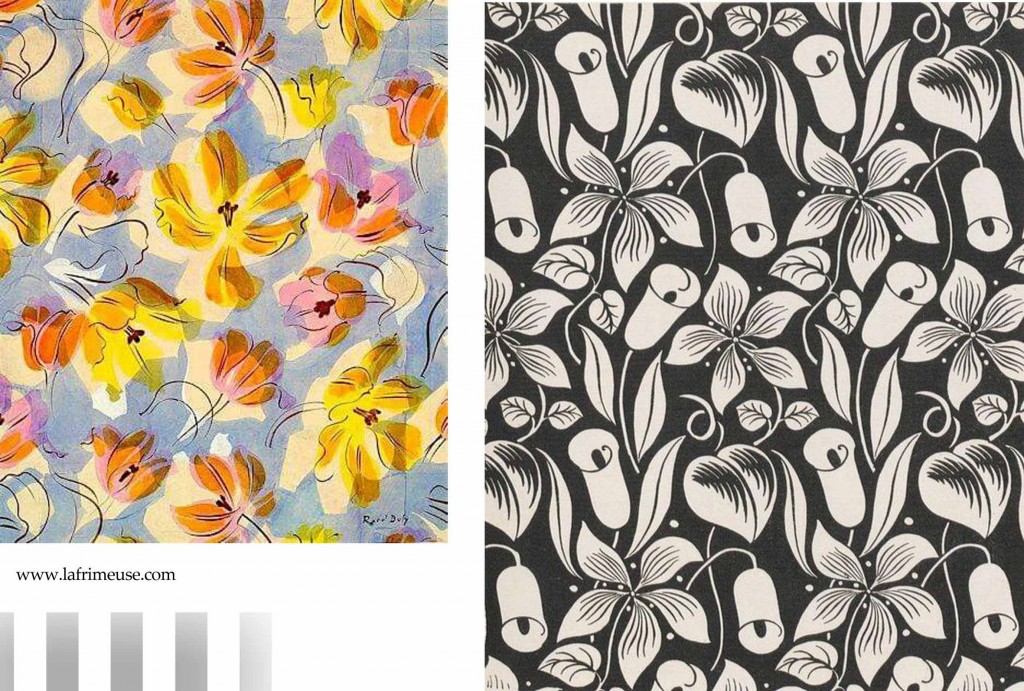 “My eyes were made to erase all that is ugly”. -said Raoul Dufy, proving this affirmation by his aesthetic. 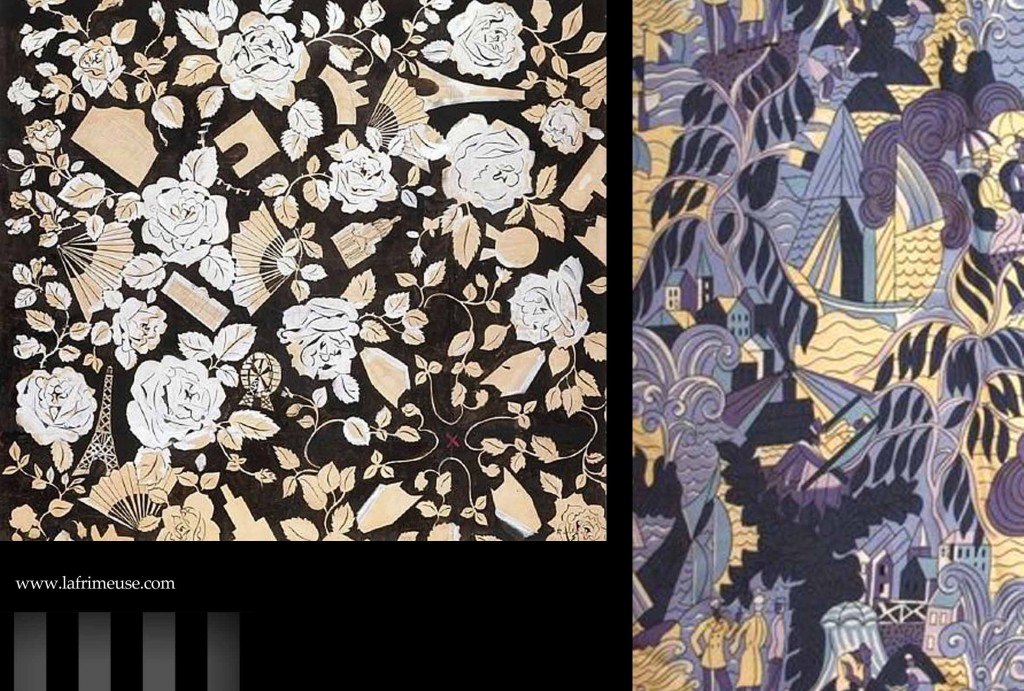 The artlegacy of Dufy is part of the collections of the Musée d’Orsay in Paris, the Hermitage Museum in St. Petersburg, The Museum of Modern Art in New York, and the Art Institute of Chicago. 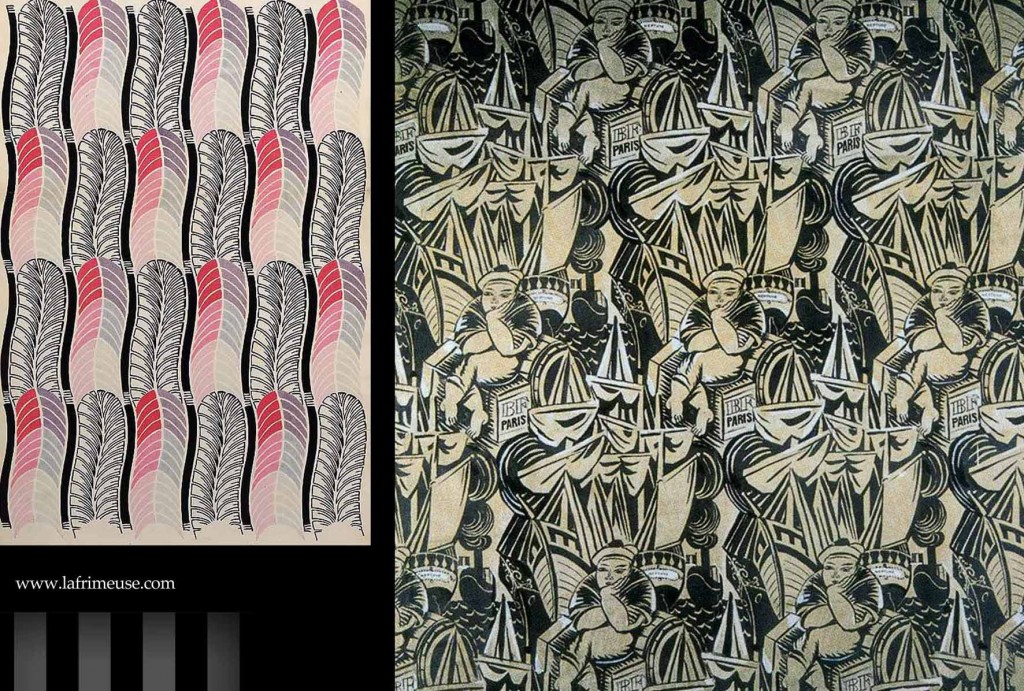